Hey, I know, I know, it’s been a while since I wrote anything here, but I had no time to do it. Or maybe I just did not devote time for it… Anyway, lets see what happened in the last weeks. (I am watching the Ronde van Vlaanderen, so I have some time to write finally…)

First of all, I am working on my second article (it looks very interesting), while my first one is already out on paper in the April 2011 issue of Astronomy and Astrophysics. Also, when I was observing on La Palma in October, I discovered a new variable star (while monitoring a list of candidates, so it is not that special before you start asking), which turned out to be a rather interesting one, and resulted in a publication (a Letter in The Astrophysical Journal), on which I am the second author. And there are other ongoing collaborations, which will result in a co-authorships… Fulfilling the official requirements of the PhD won’t be a problem :) And to make things even better, my KEPLER Guest Observer Proposal was accepted, which means that I will have enough data for the rest of my PhD. And extremely good data! It happens once or twice in a while, that I think about what if I did not make the right choice when I went for being an astronomer (ok, this never happens while I am observing), but when I got the email about the acceptance, I became so happy, that I knew immediately from the feeling, that I am doing what I should do. Being happy always means that you are doing the right thing :) 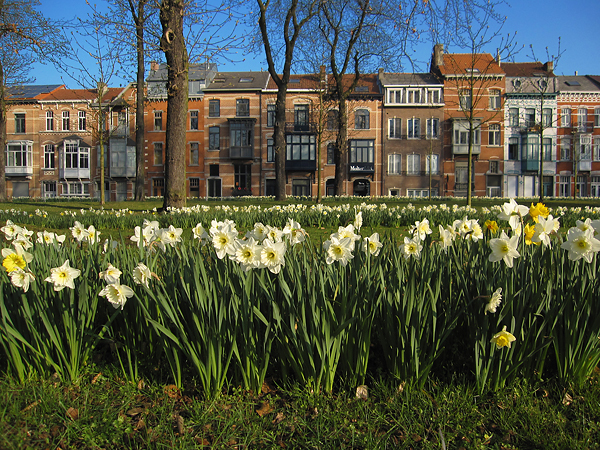 As spring came into Belgium, flowers started to bloom, leaves started to grow on the trees, and I was finally able to leave the indoor trainer and go cycling outside again (but I will come back to this later). And besides cycling, we started to play soccer again (and after spending two hours sliding around the artificial grass field I decided to buy real soccer shoes for the first time in my life – and they are great). I made my travel arrangements for my upcoming observing run (and cycling holiday) on La Palma (in May), and for the CoRoT Symposium in Marseille (in June), and as my travel bag started to show serious signs of falling apart, I bought a TNF Base Camp Duffel (red, XL, capable of carrying 140 liters of gear, two years of all-around guarantee), which should serve me well in the following years, and survive even the rough handling of the airport staff of IBERIA :D And now I feel the urge to travel to the North, to Iceland or Scandinavia, and – among others – watch the northern lights. 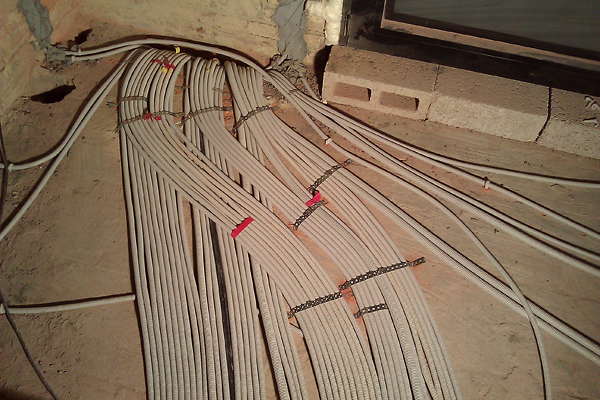 To make myself useful, I assembled some IKEA furniture and helped a colleague/friend with doing electric assembly in his future house too on two days. Once we were there from 5 PM to 4 AM, but I really enjoyed it, because first of all it was something I have never done before, and on the other hand, I had some very good ideas (especially about arranging the cable-chaos into a nice order – as it can be seen above -, and about things which involve symmetry), and it was great to see them coming true (getting up the next morning was not that great, but we had fun, and that’s the important thing). Sometimes it is really relieving to do something different. 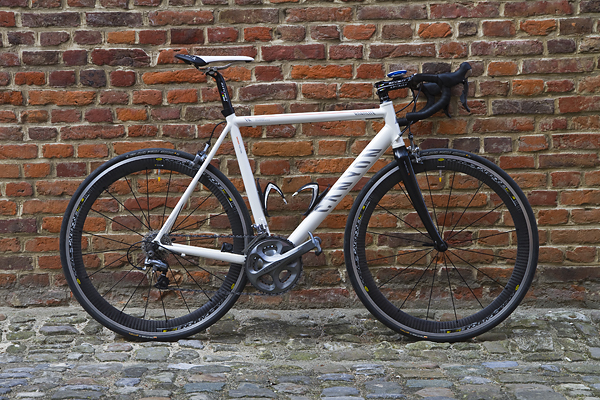 And now about cycling. As I have already told you, there was no need to ride on the indoor trainer this month, because the weather was generally (surprisingly for this time of the year) nice, dry and relatively warm. This – and being quite motivated – resulted in my best month on the racing bike ever (so since last year February) with 673 kilometers. Of course this is nothing exceptional even on an amateur level, but I am happy with it (given the conditions). As you can see on the picture above (notice the typical Flemish bricks and cobblestones :D), now I use my new aero wheels, and I also bought a 2cm longer stem (for better position), and a new saddle (a fi’zi:k Antares for comfort). The combination is pretty sweet, I expect some very good times coming up this season ;) I started working on a python script for automatically plotting my workouts along with providing detailed statistics (much more useful than the tools on Garmin Connect), but I will write about this later in a separate post. Very early into the season, I have already done a more than 200 km ride (to be precise, this was my longest ride ever, with 213 km), and just before the end of the month, I joined the K.U.Leuven University Cycling Team (it might sound serious, but it is far from that) for a training (which was pretty OK, I had no trouble keeping up with their pace, and I even felt strong in the last 20 km in pouring rain, and gave some really strong pulls for the team)… As there are some colleagues at the Institute who like cycling, we decided to participate in a 24 hour race during the summer, and to design our own AstroTeam cycling kit :) It will be very cool to ride in such a jersey on La Palma while working at the Observatory :D

Then, the month ended with a very nice evening – having dinner and watching a theatrical play (in English!!!) in the Stuk… Let’s see what April brings!