Before unleashing the posts about our holidays in the USA, here is a short memo about last weekend. So, the whole story started a bit more than a mont ago when, I do not remember how exactly, I stumbled upon a video on YouTube of someone flying a power kite. Not a huge kite like the ones used by kite surfers, but a smaller one, which looked like a lot of fun to play with. Since it was not too expensive (30 GBP), I ordered the 1.7 metre (it is the wingspan) version of the HQ Symphony Beach 2 kite from Amazon. It is an entry level kite, perfect to just play around with and to get into the world of power kiting, but it is indeed a lot of fun! After 5 minutes of getting used to the way how you control the kite with the two lines, it is extremely easy to fly it, and despite its small size, it delivers a surprising amount of pull, so it is also a good workout. So to try out the kite for the first time, we decided to go to the Belgian coast. 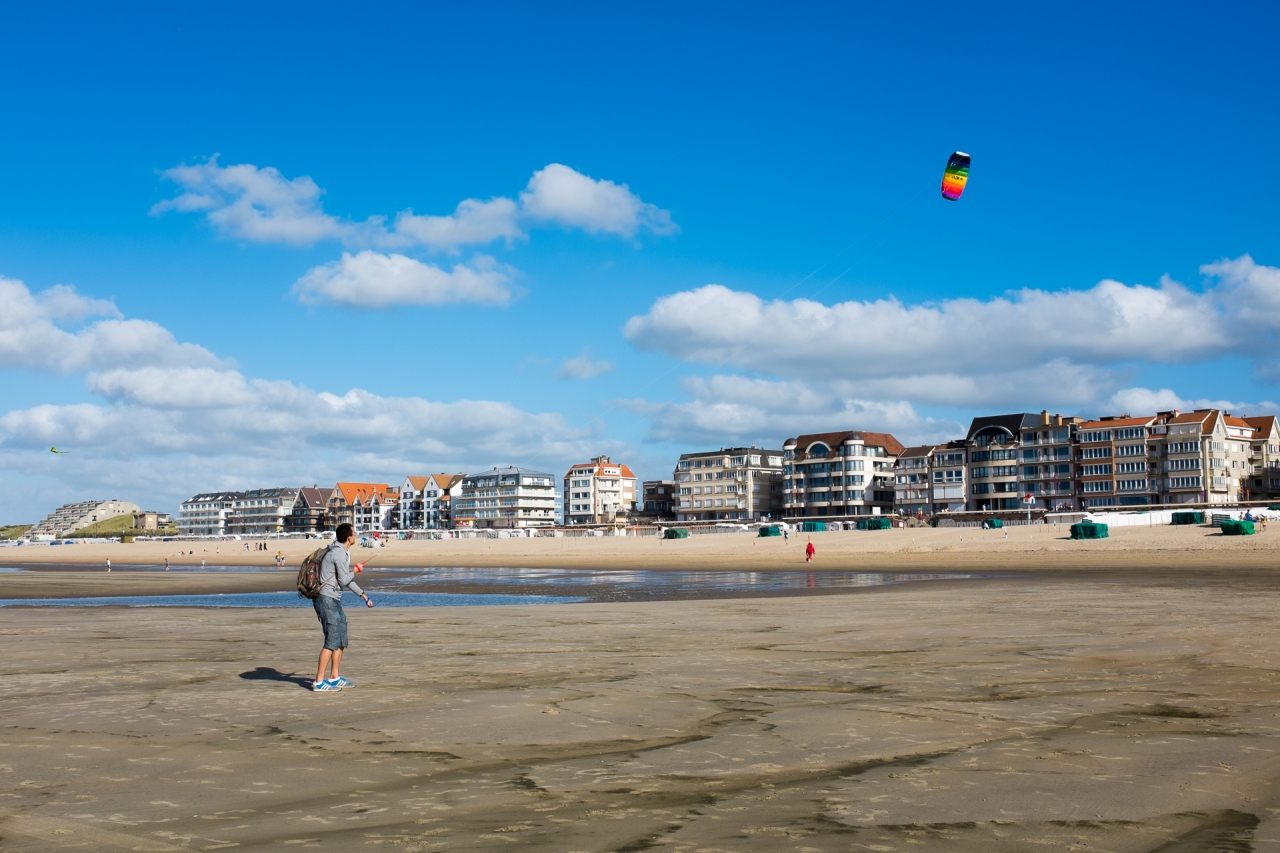 The weather was perfect, not too warm (which is a must to avoid the crowds), with stable 25-30 km/h winds, and low tide (which results in vast areas of flat sandy beaches along the coastline). We took the train to Knokke, had lunch, then took the longest tramline of the world, the coast tram to De Haan. I played almost two hours with the kite here (and Clio also tried it for a short while), but it seemed like 10 minutes… It was really cool! Now I want to try the larger kites and the kite landboarding too… At the end, we walked a bit along the dunes, then took the tram to Blankenberge to catch a train back to Leuven (Heverlee). It was a really nice day!