I am sitting at the airport of La Palma waiting for my hopefully not very delayed flight to Madrid (a bit of delay is ok, but I still want to make it home today), so I have a bit of time to post. I spent the previous almost two weeks (officially 10 nights) working at our Mercator Telescope, and as this time I did not come without my photography equipment, I also took a few nice pictures in my spare time. It has been so long since I took proper pictures here, that I finally had some new ideas and it did not feel like a burden to take photos. So please enjoy the following selection, and should these be not enough, head over to the full gallery on flickr. 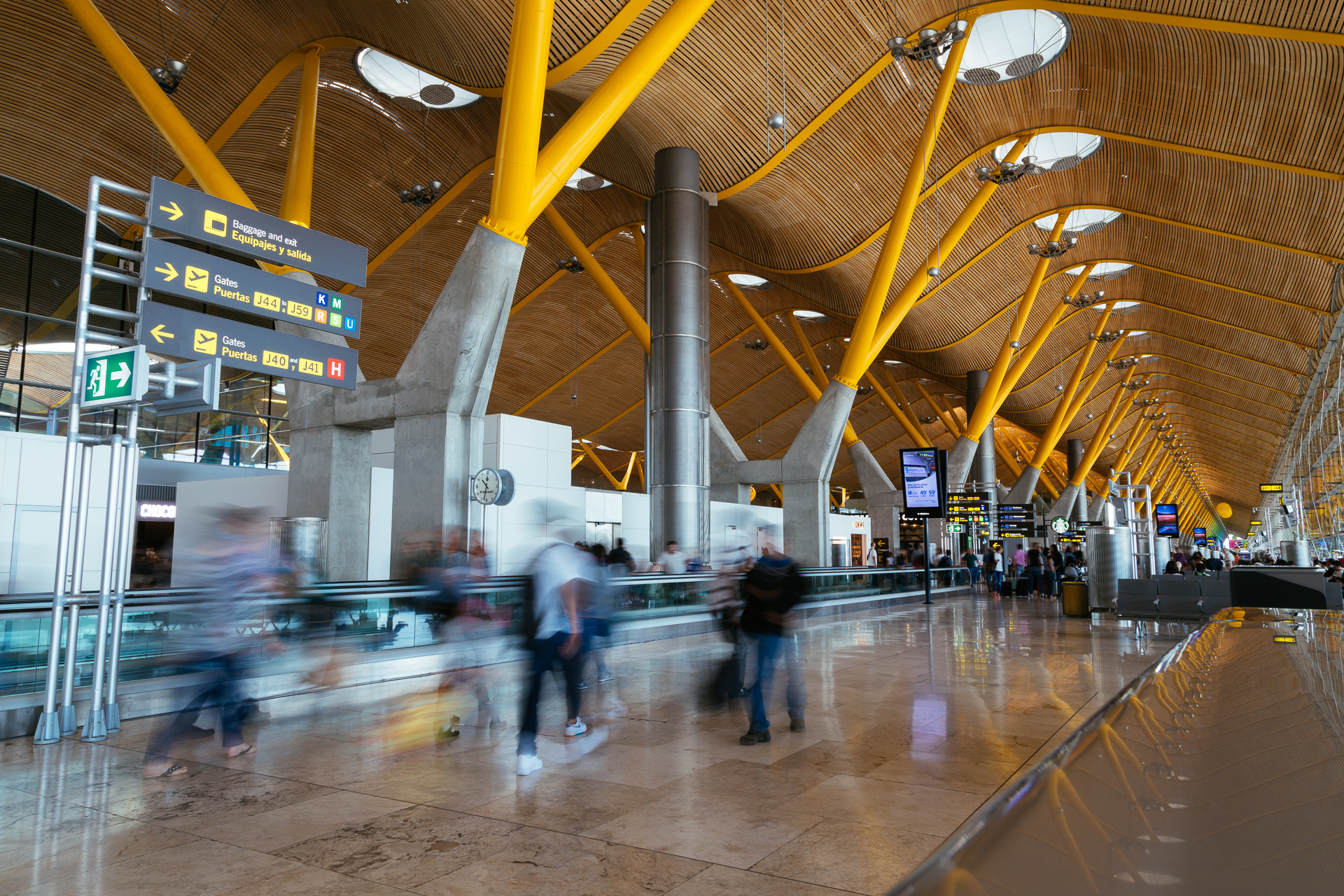 Flying to La Palma, if it’s not on a day when charters fly, you will most likely catch a connecting flight in Madrid. I like the colours of this airport a lot. then after landing on La Palma, it’s a one hour taxi ride up from sea level to 2145 meters to the Observatory. The amount of curves along the way is just crazy, so you should keep your eyes on the road… 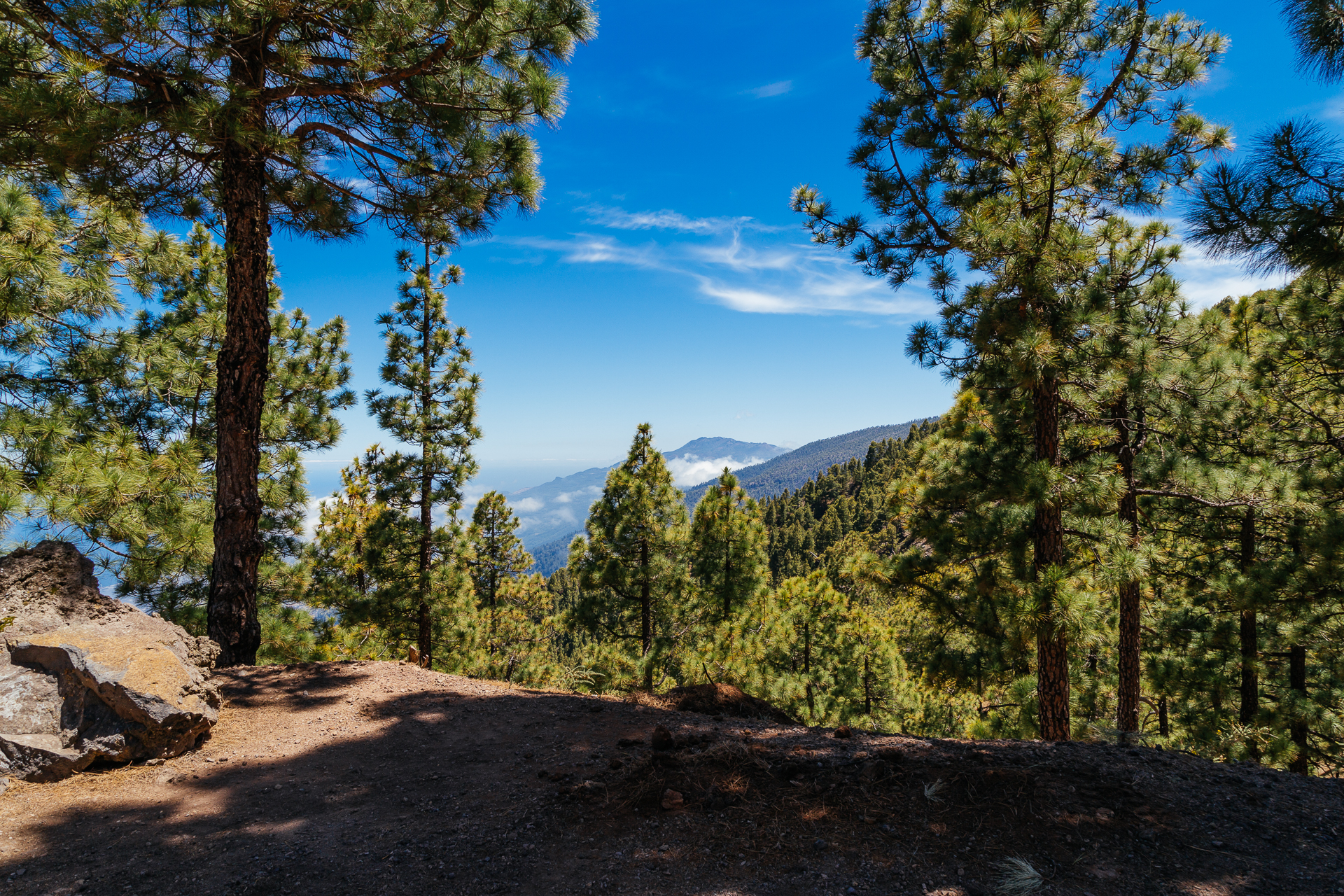 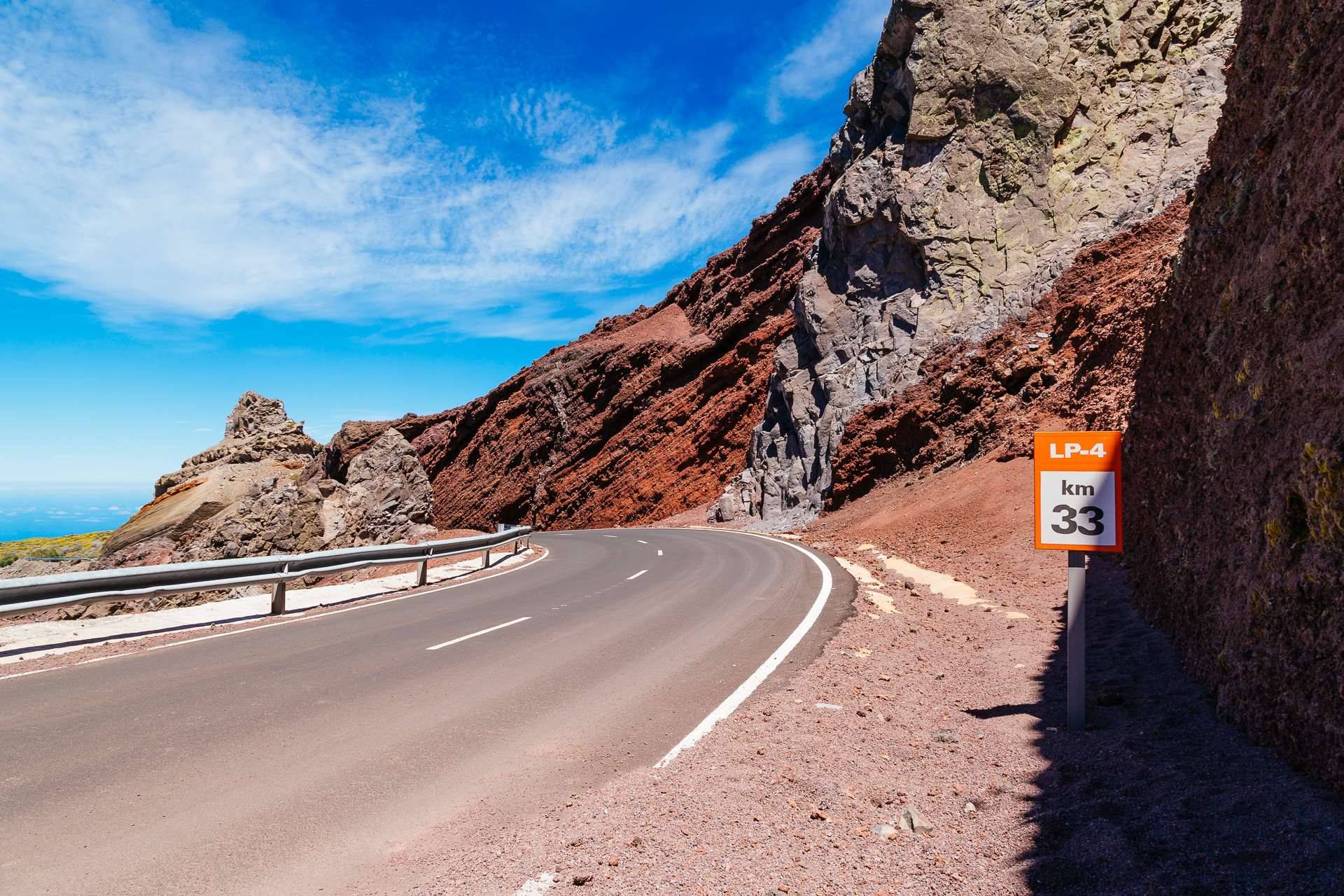 At the observatory astronomers stay at the residencia. It is basically a small hotel with cozy rooms that can be made totally dark even during daytime (which is pretty much the most important thing when you need to sleep during the day). 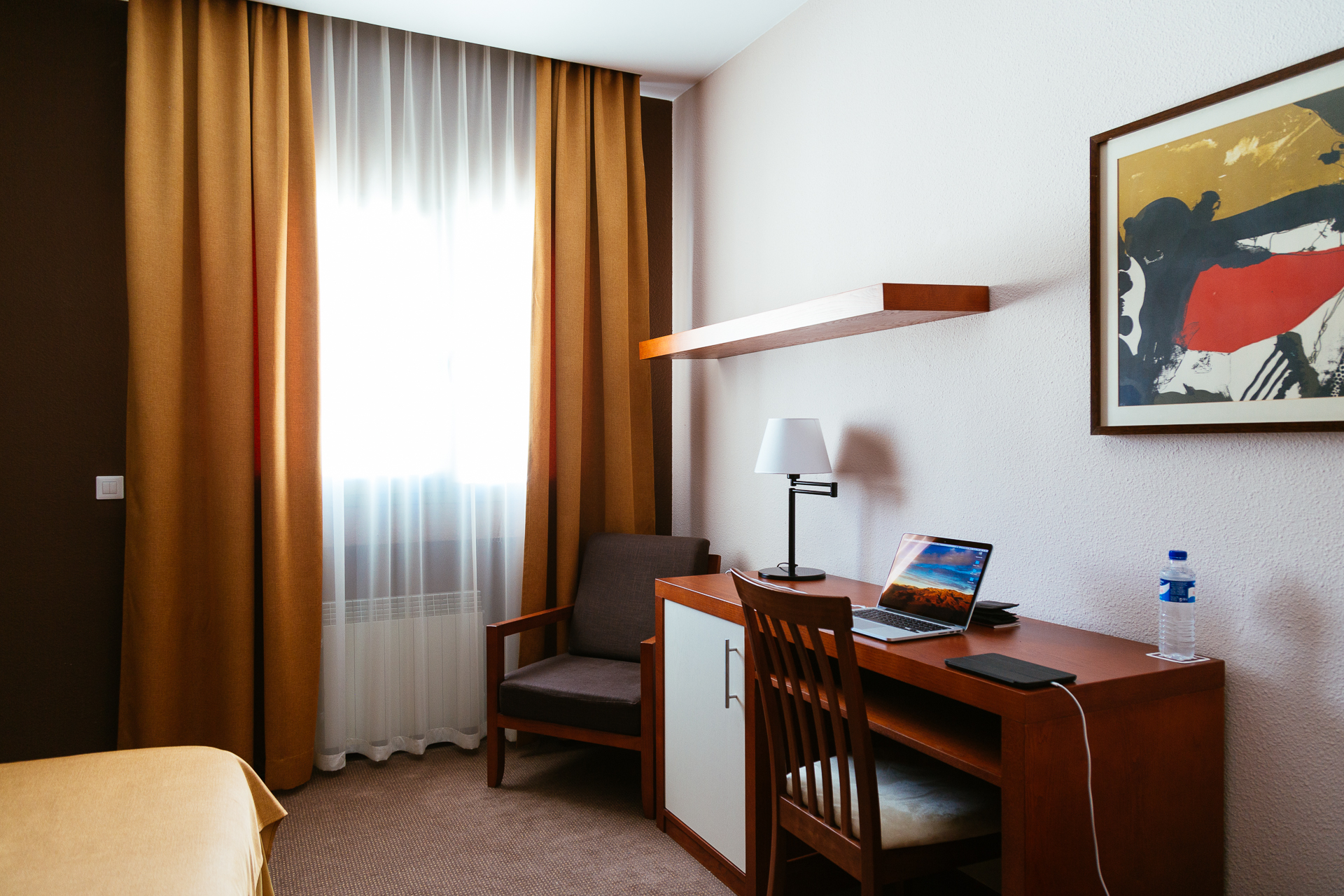 This is the first time that I came here at the beginning of the summer, so I finally got to see the sea of yellow flowers on the mountain. Especially in very clear days (so, basically every day here), they are really beautiful against the deep blue backdrop of the sky. 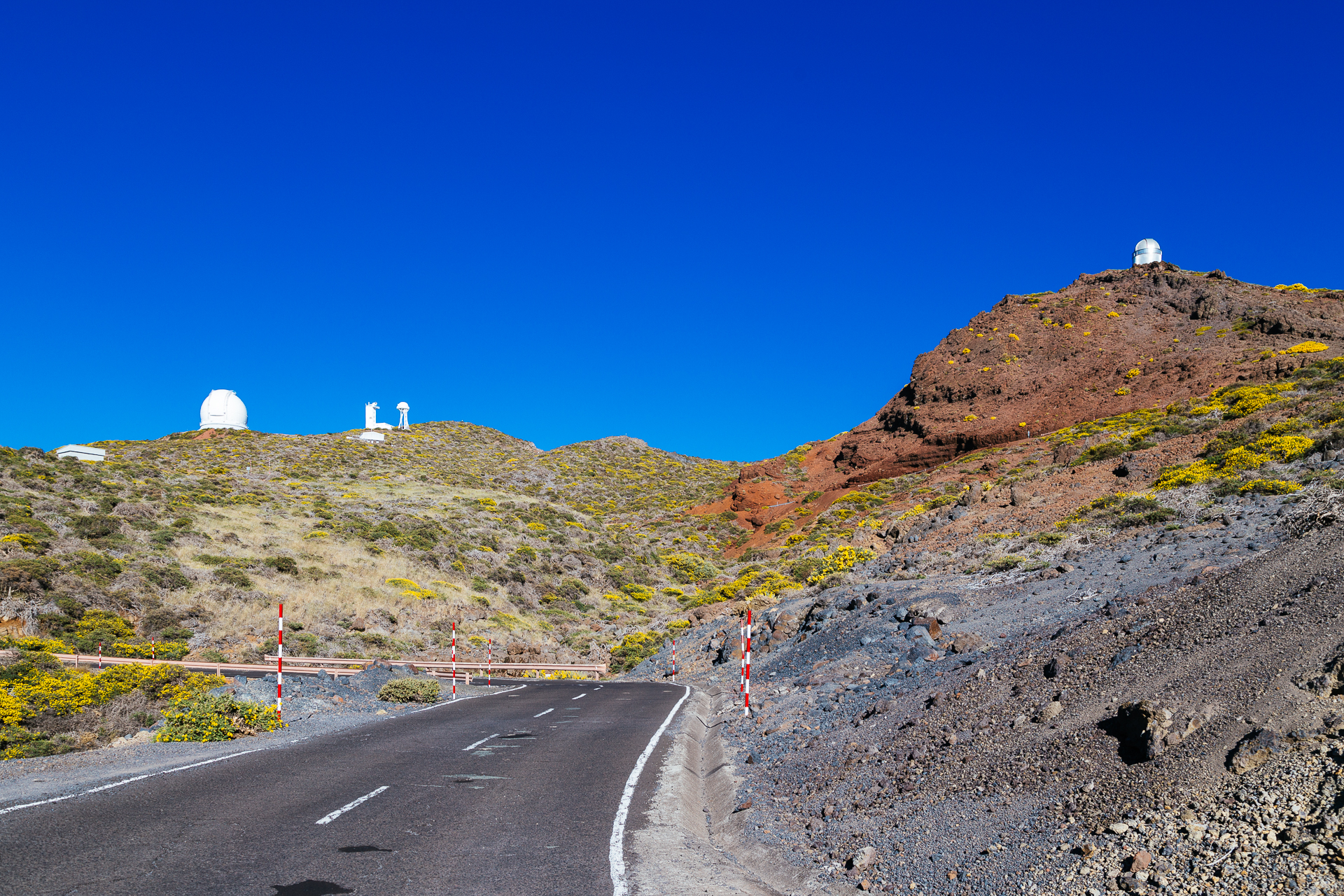 I made an improved version of my famous transparent dome photo, which took a lot of preparations, and running between the control room an the camera. You can read more about the process in my blog post for the old picture. 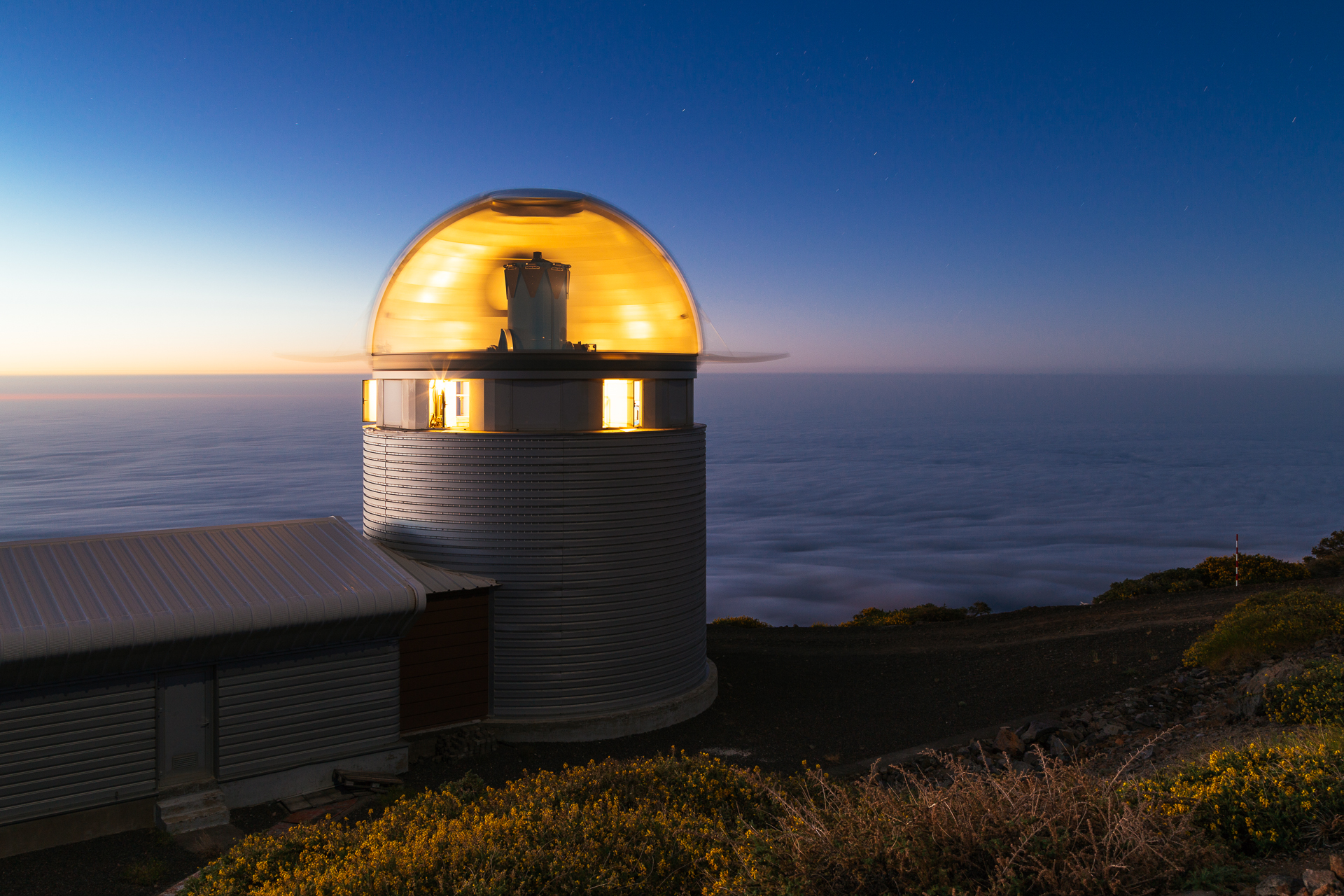 I was lucky because Venus and Jupiter came unusually close to each other on the evening sky during my stay, so I had something special to put in the background of the telescope (or the building). Note our new simultaneous three channel (hence the three colours on its sides) photometer (MAIA) on the side of the telescope. 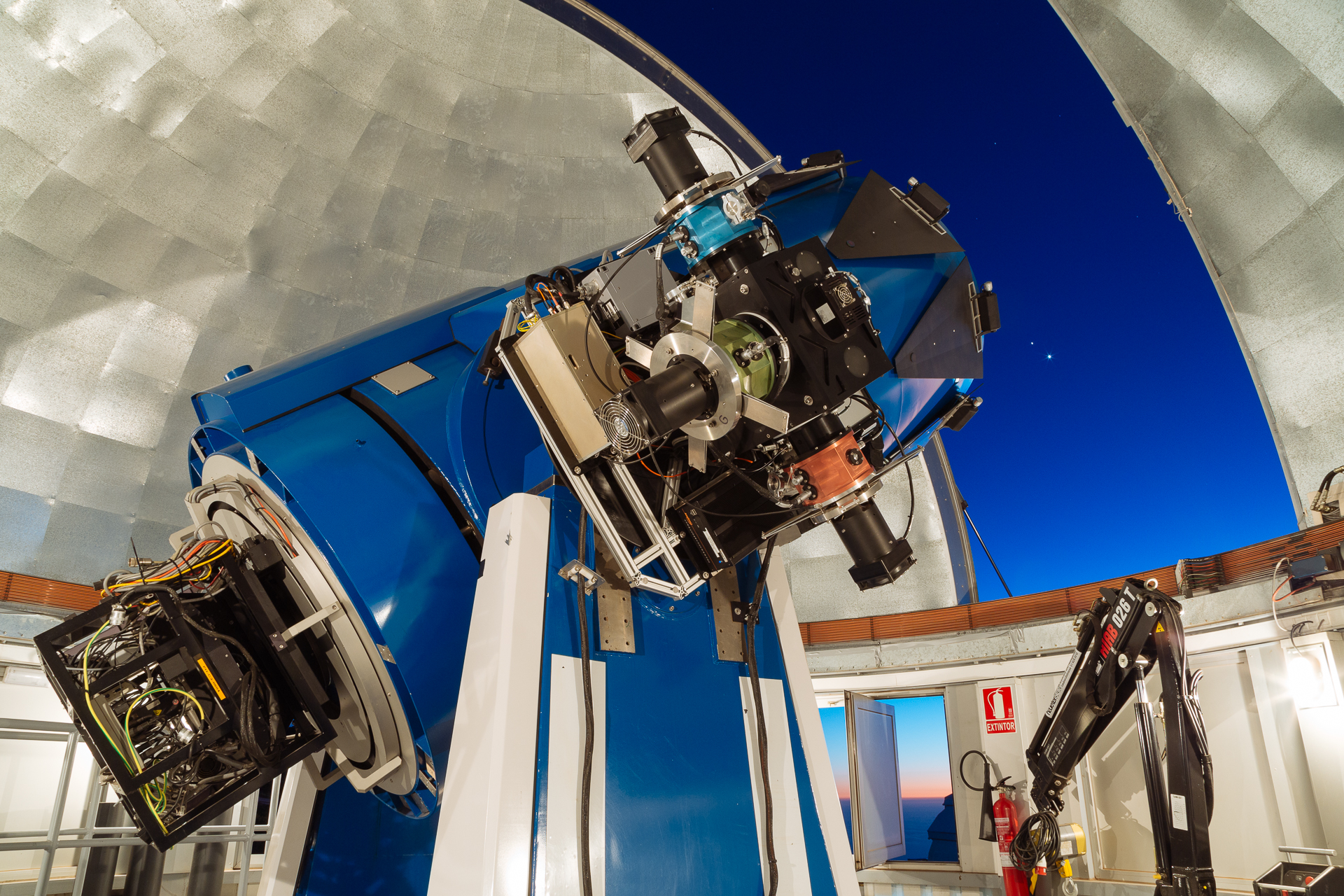 I also got to see the laser of the WHT in action. This was actually already the second time that I saw it, but last October I had no camera with me to take pictures. Also, now I could put the Milky Way in the background :) 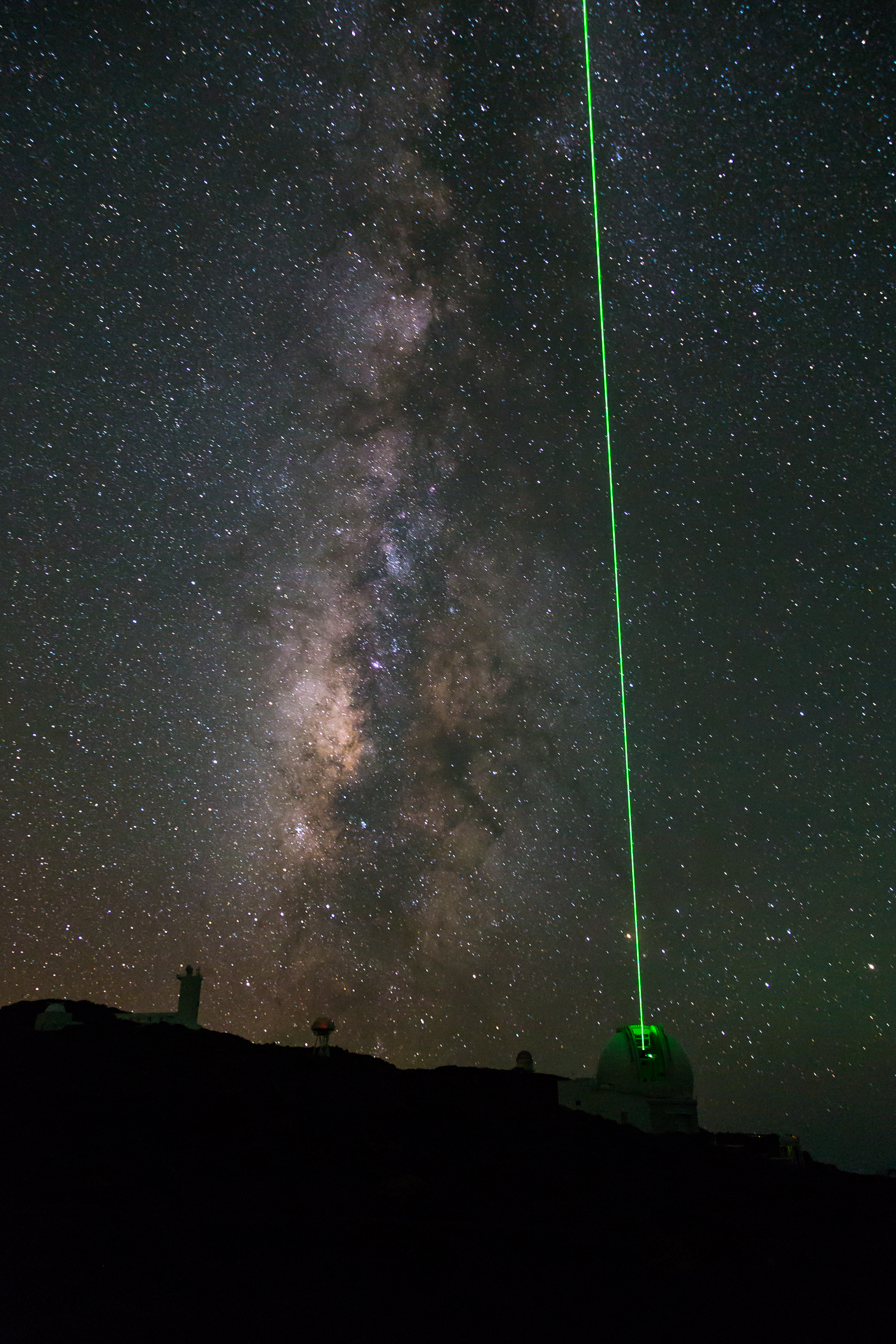 When I said Venus and Jupiter had a pretty close conjunction, I meant they had an apparent distance less than the diameter of the Moon! It was an amazing visual sight. 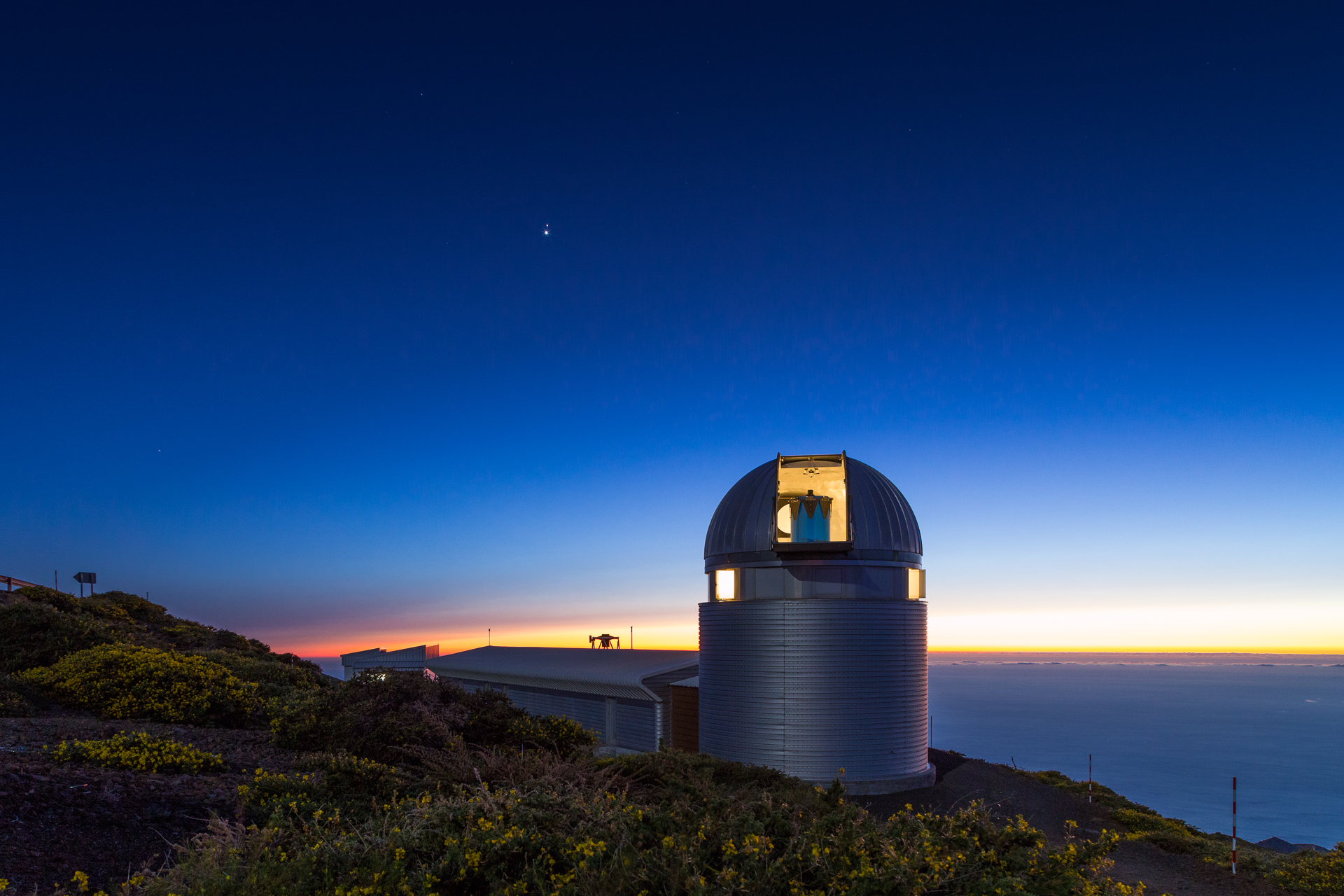 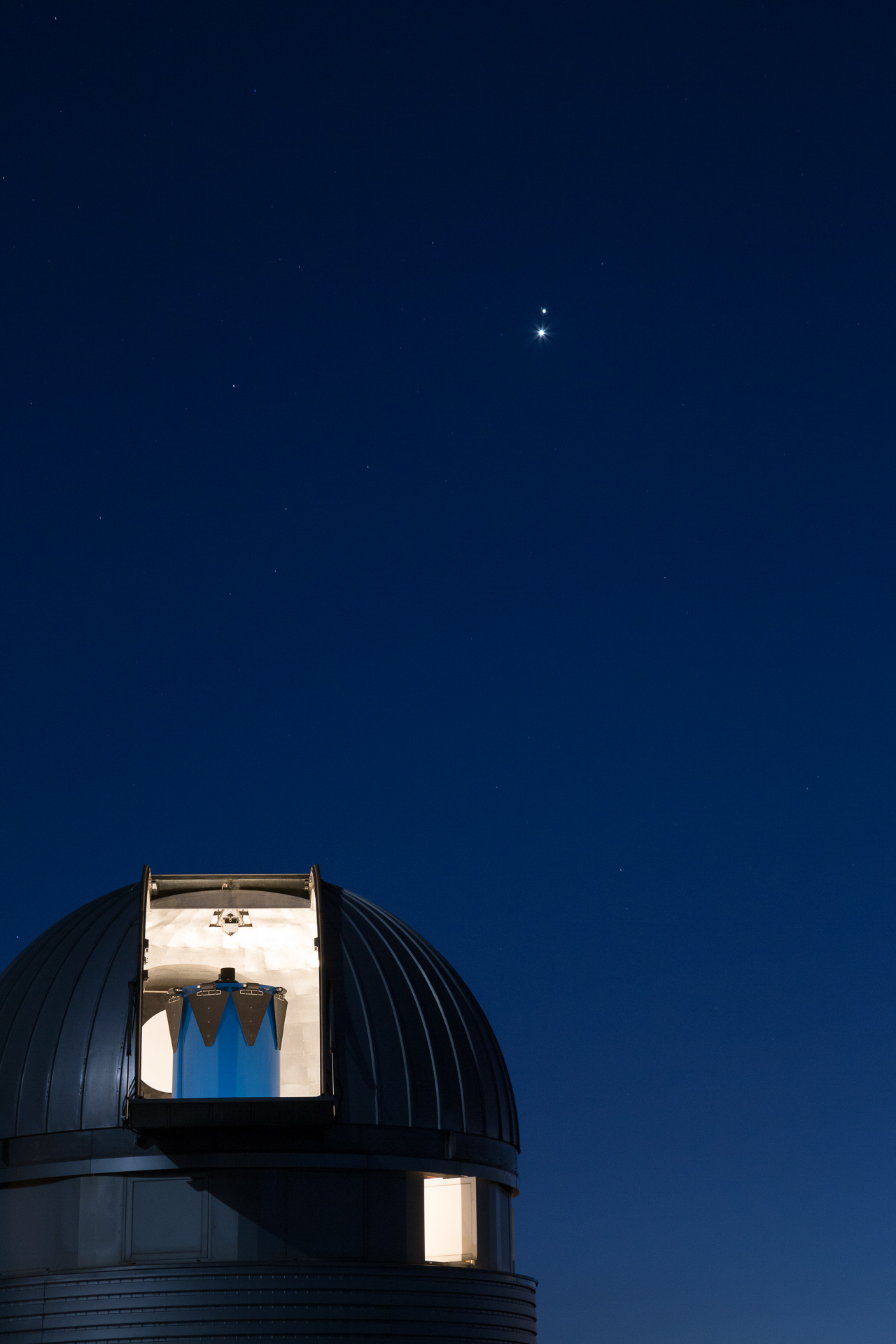 Then of course there is the famous caldera of the island, which is usually filled with a sea of clouds, but there are also a few rare days, when you can see down all the way to the bottom. 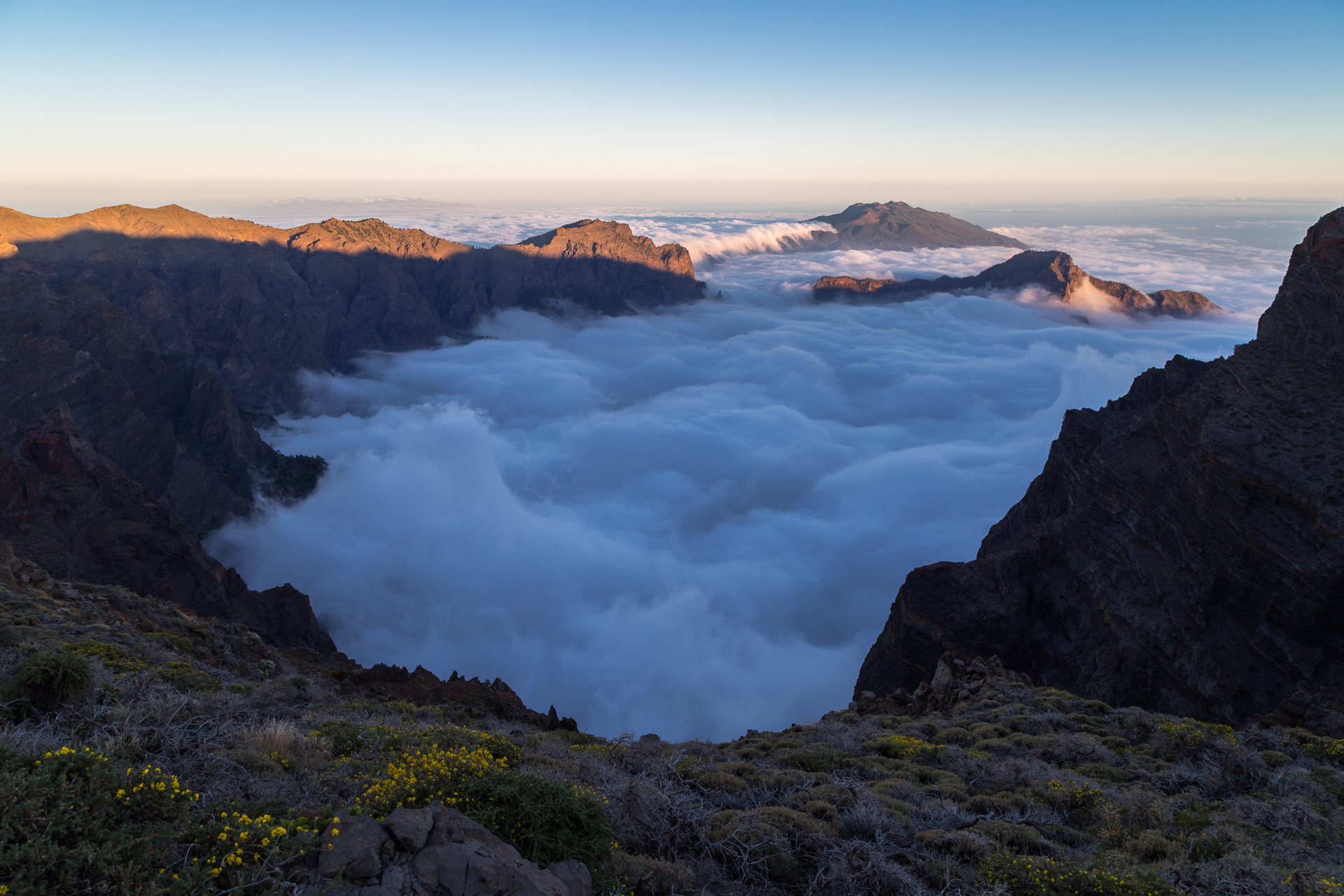 On one of the last nights I had some fun with light-painting, writing the telescope’s name with a flashlight on a long-exposure image. BTW the rest of the scenery is lit by moonlight. 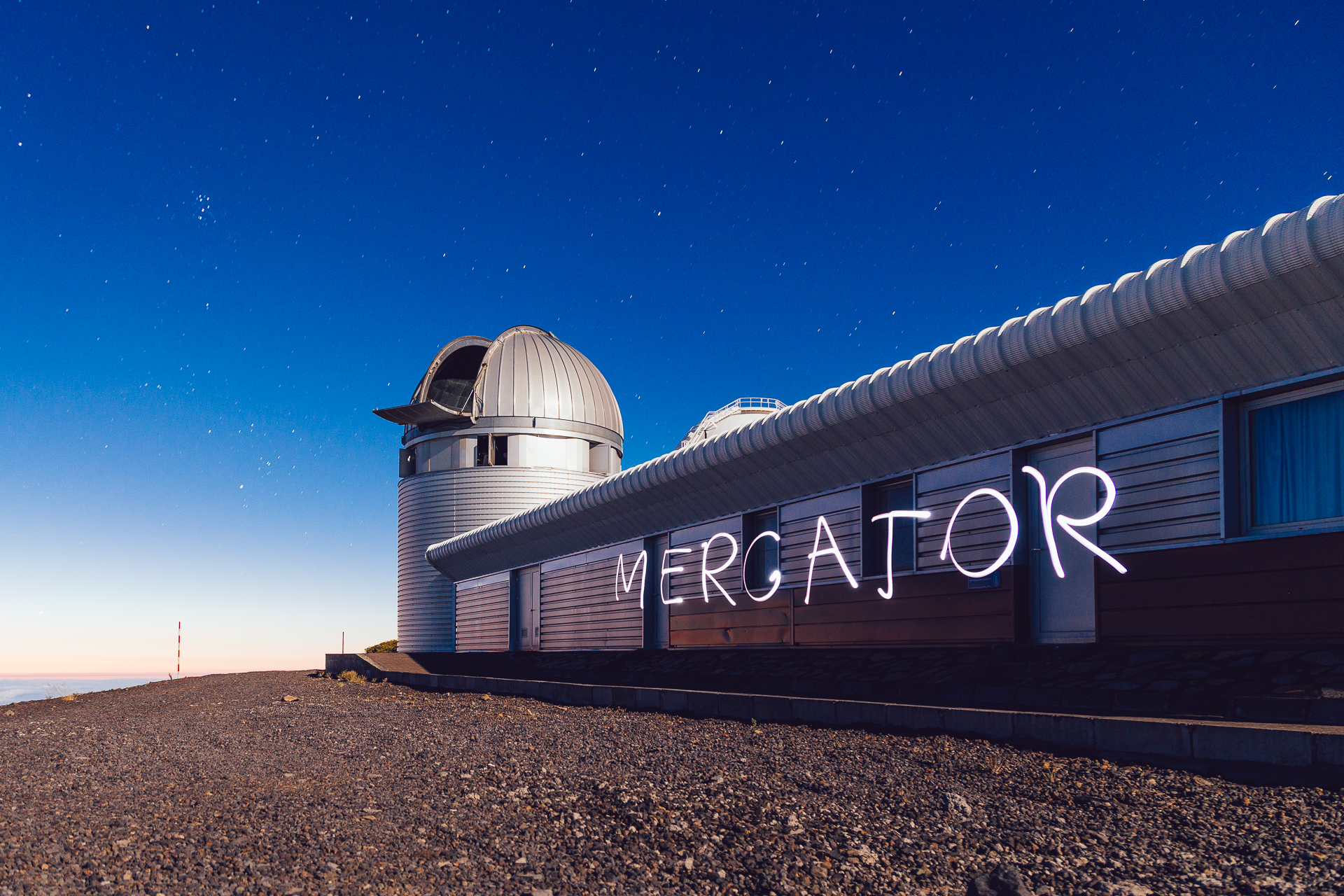 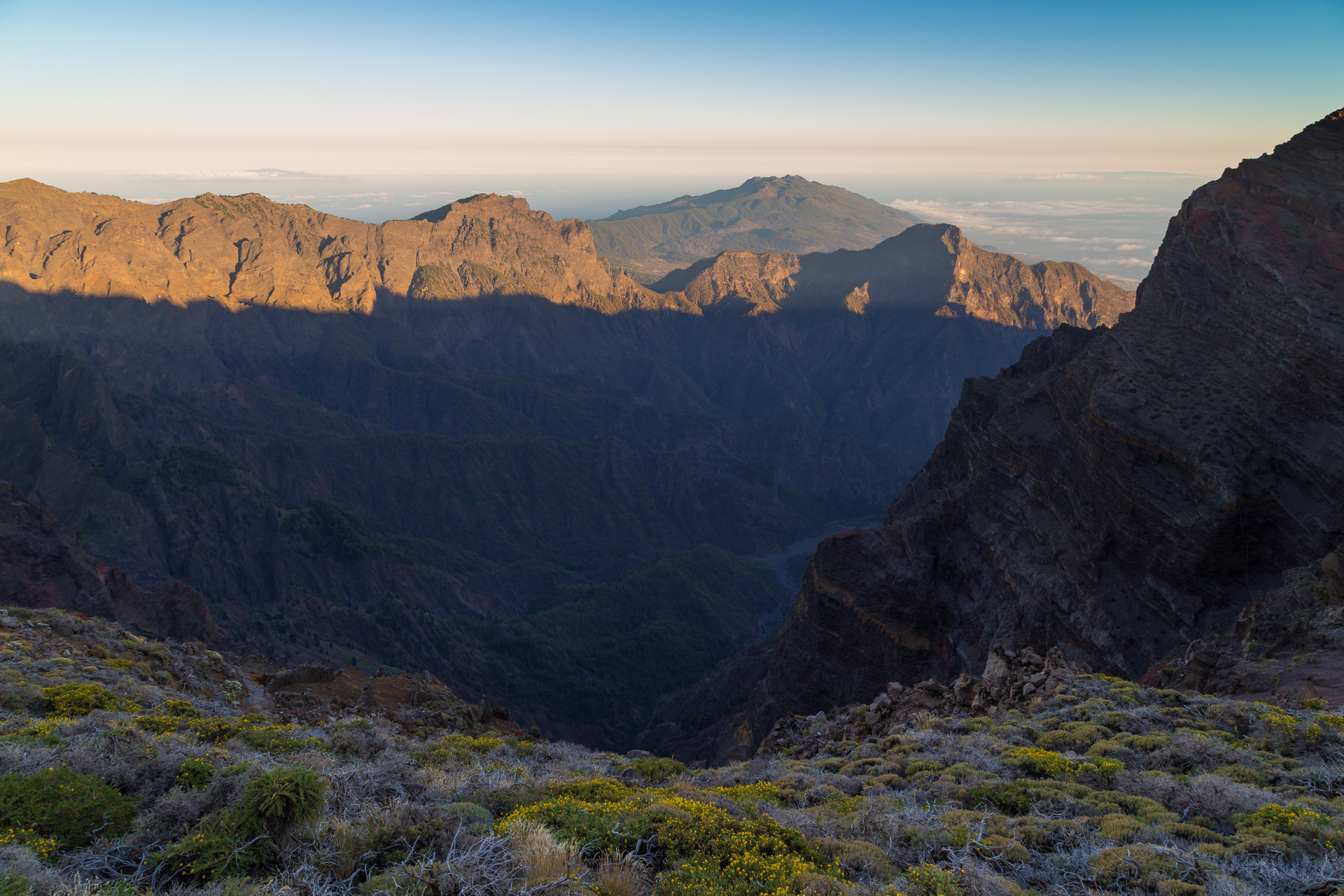 Then on the last day, I could still catch our home galaxy rising behind the telescope building in the short dark time between sunset and moonrise. 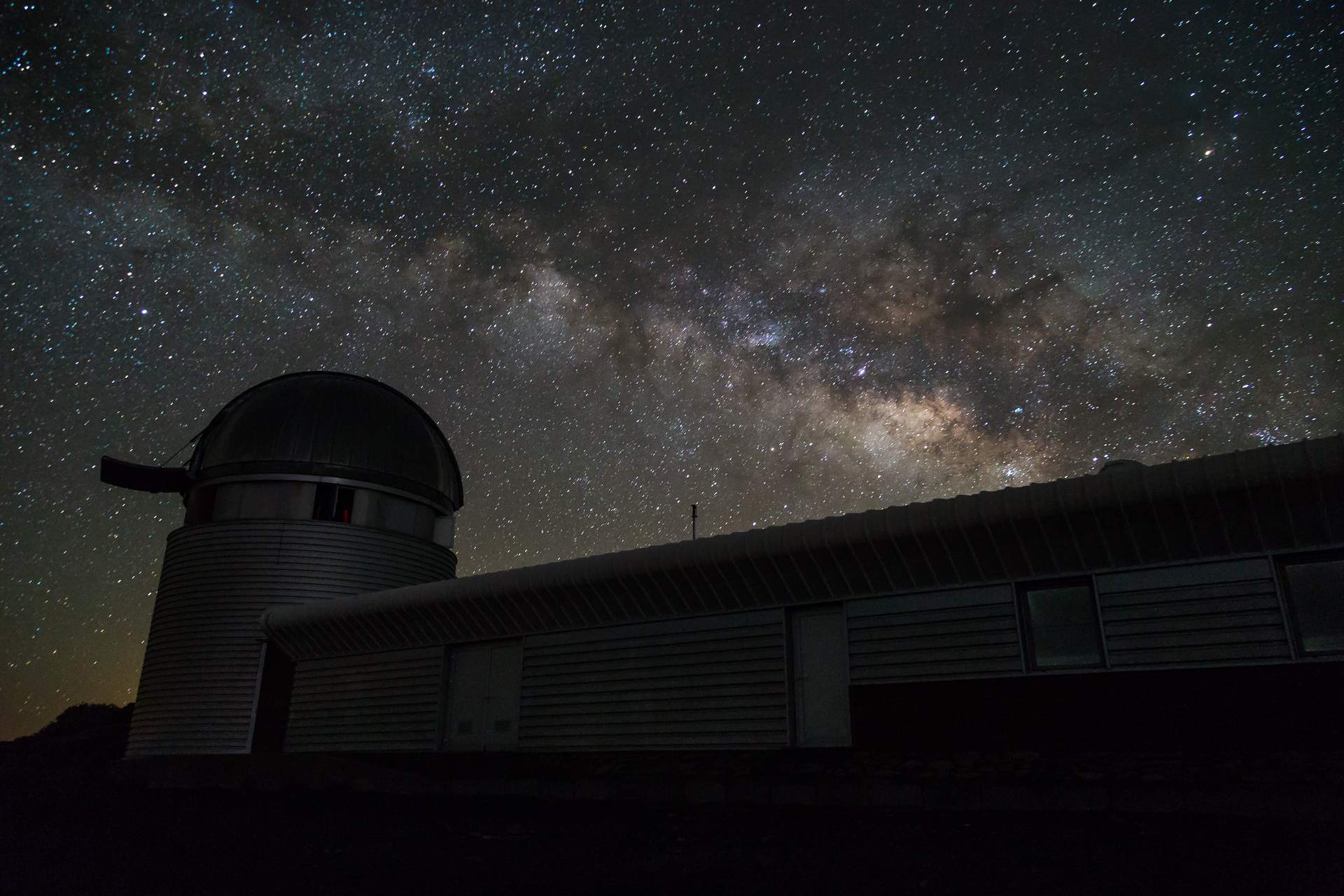 I will be back in October with the Master students as usual, but probably without photo-equipment. I have taken enough nice pictures for a while. 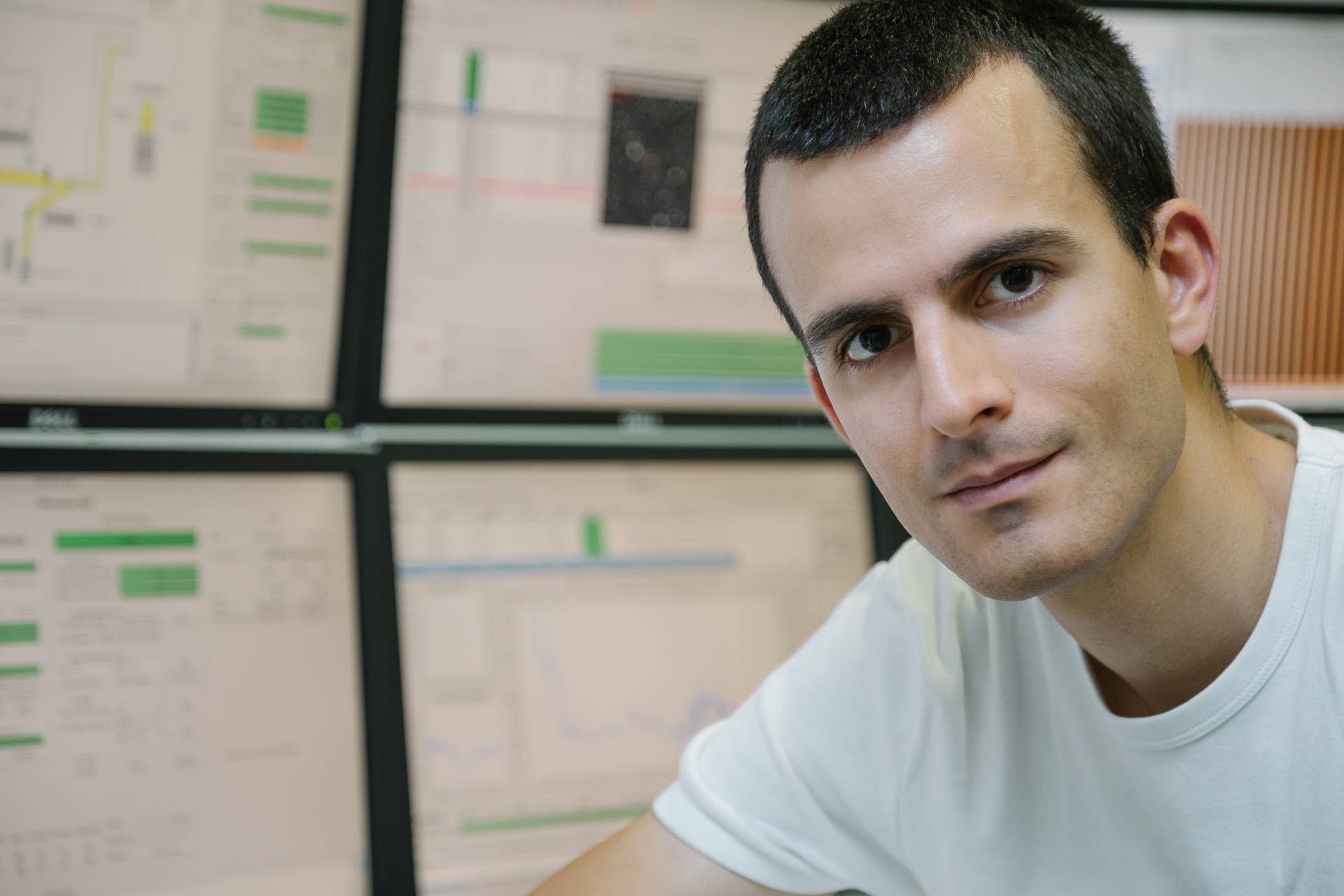