This is the first post in a series of many over our two week long (May 5-18) self-organised road trip around Iceland. After seeing the prices offered by travel agencies we decided to plan, organise, and book everything on our own, this way saving around nearly 50% of the total costs (excluding fuel and food, but those are also not included in the package prices). This of course took some time (approximately a whole weekend and the evenings of a working week), but overall I am very happy with the outcome. We decided to go in May because statistically it is – maybe surprisingly – the sunniest month, it is only a few degrees colder than the summer, and it is still before the main tourist season when the island gets a bit too busy for my liking. The only downsides of May are that the F roads are not yet open (these are the gravel roads into the highlands), and that it is too late for seeing the auroras.

We flew from Brussels to Iceland (Keflavik Airport) with Icelandair, and thanks to the time difference (of two hours), we landed at 15:15 with still quite some time to spare on the afternoon. After collecting our bags we took the free shuttle to the car rental place, and picked up a 4WD Dacia Duster. (Having a 4WD is definitely recommended if you want to go anywhere outside the Golden Circle and the main ring road.) The car was basically brand new, with less than 500 km in it, even the plastic screen protector foil was still on the radio display. 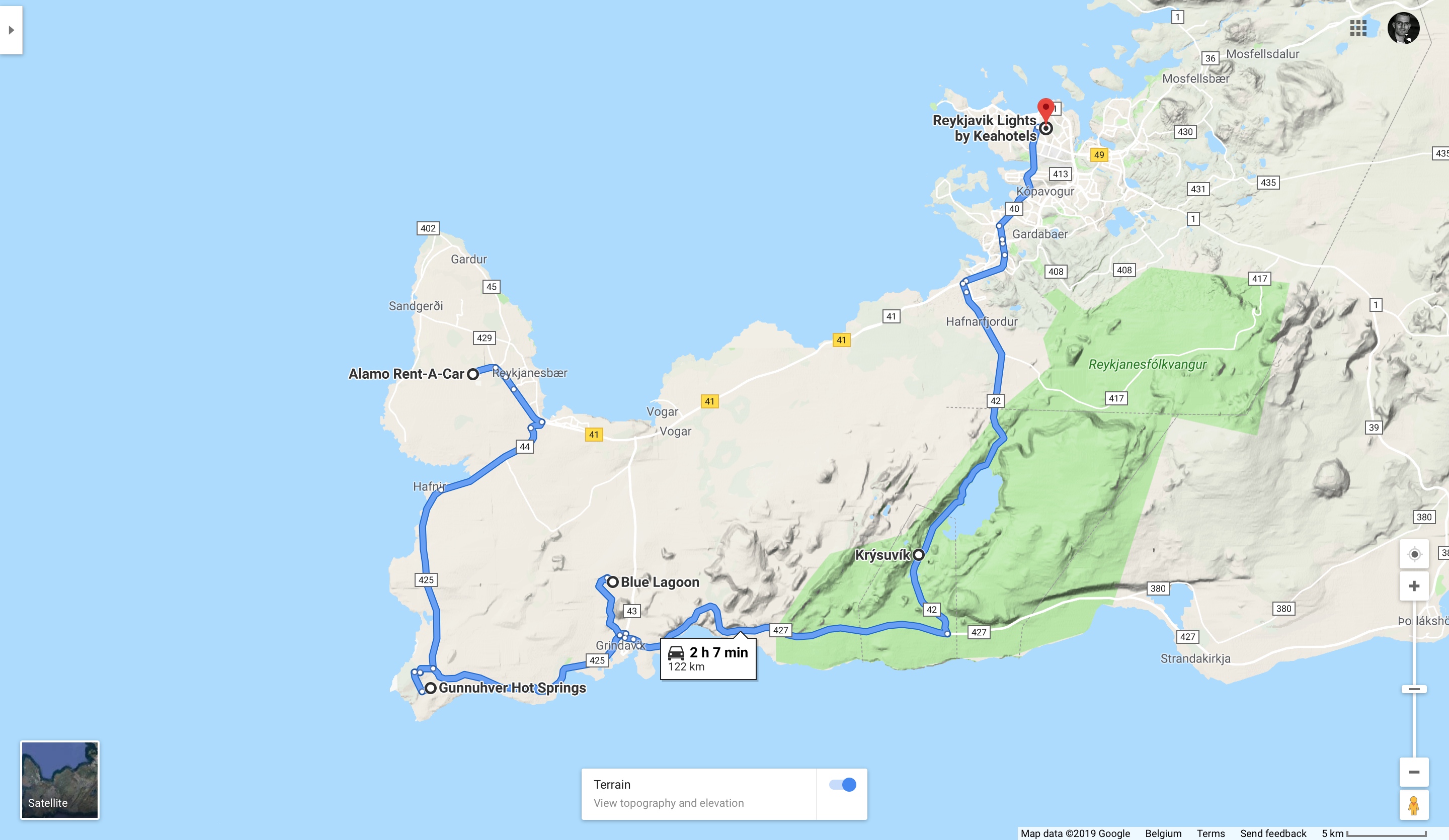 Instead of driving straight to Reykjavik, we took the scenic route around the South coast of the Reykjanes Peninsula. Our first stop was at the Gunnuhver Hot Springs, where you can see hot stream continuously erupting from below the surface in a powerful, and quite loud manner. 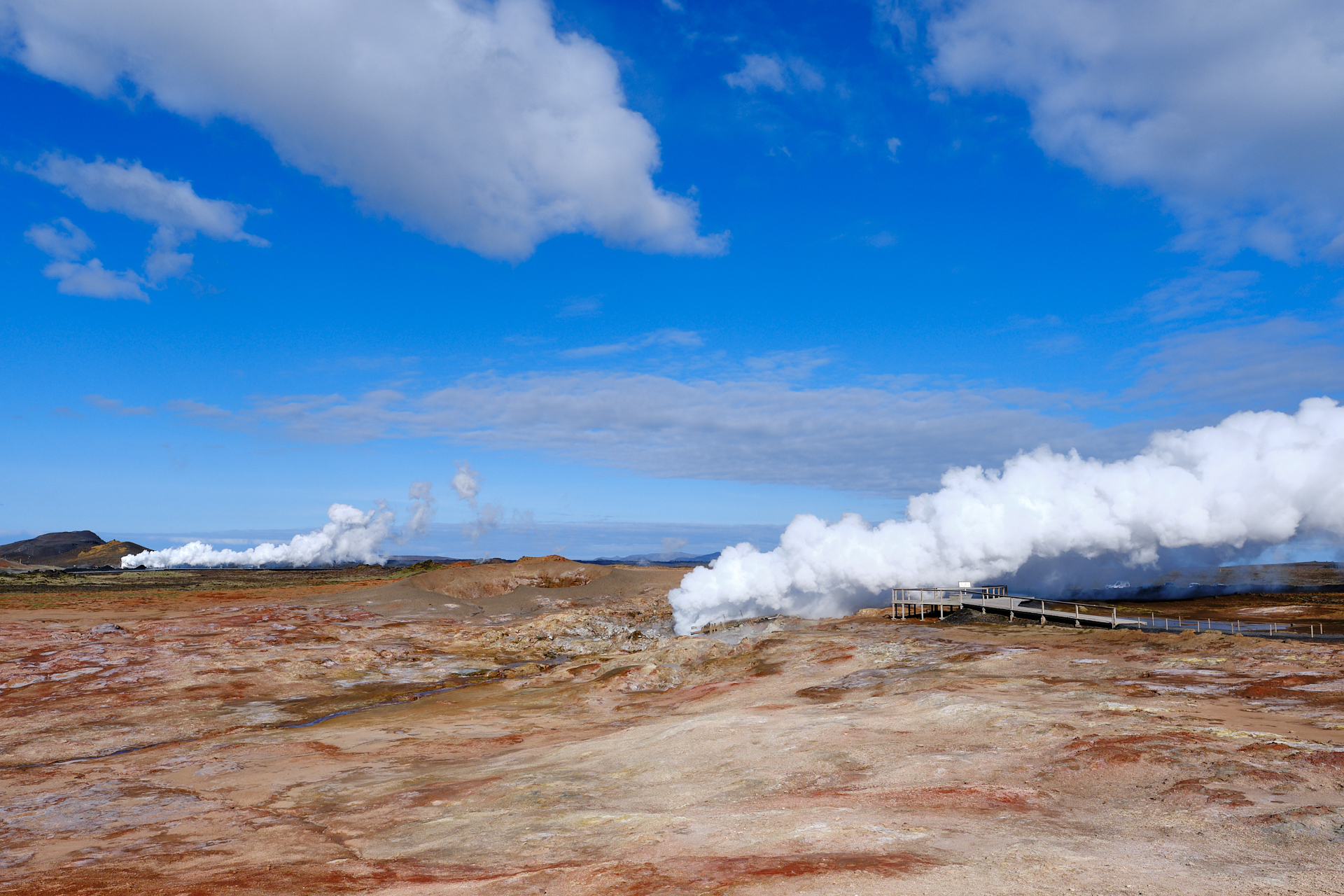 If the wind direction is right, you can even walk below the plumes (an get super wet from the condensation). In any case, it is definitely worth a stop, it is undoubtedly the most powerful steam vent that we have seen in Iceland. 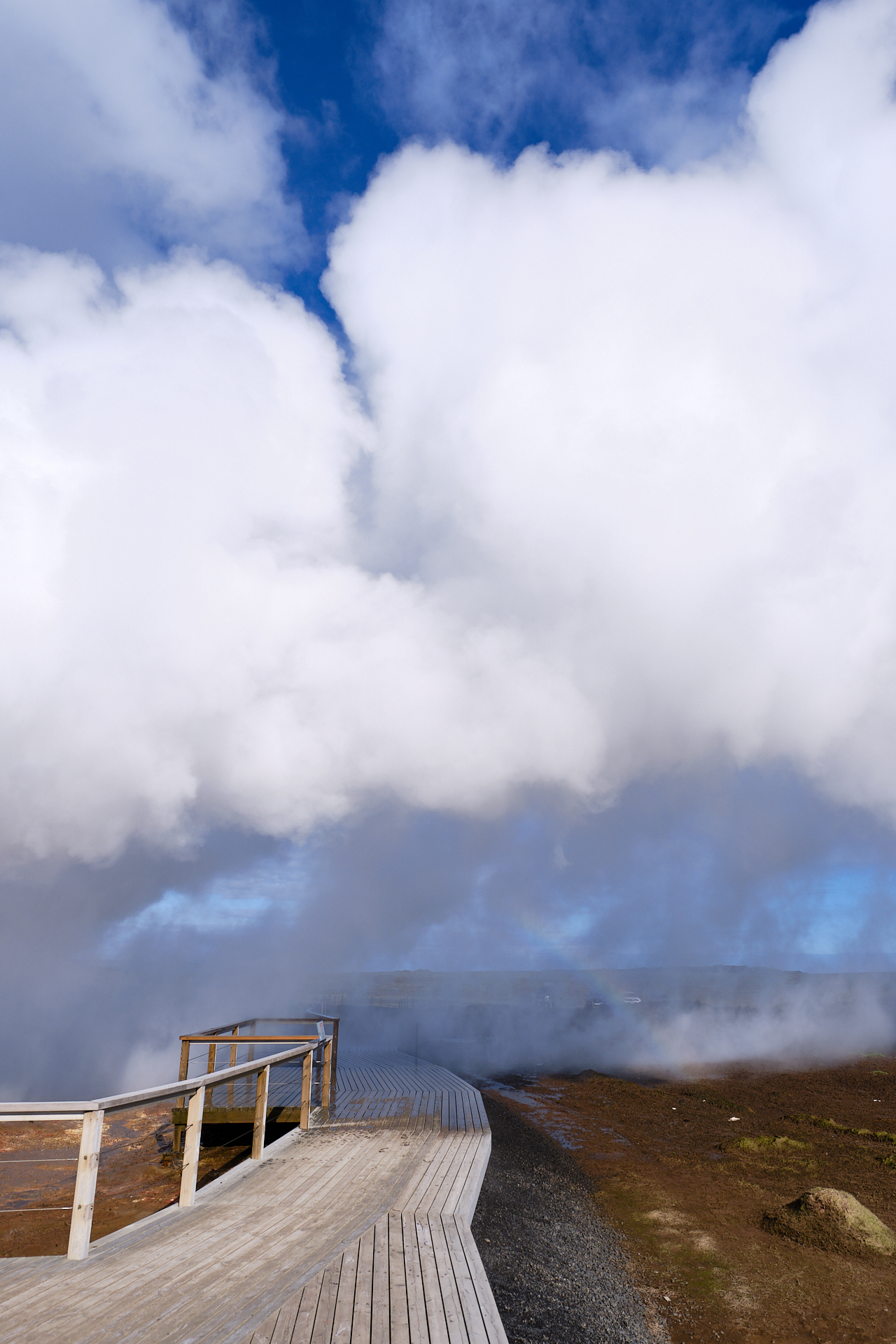 From here we drove the the famous Blue Lagoon, but instead of going in, we just walked around the outside half of the lagoon, that is simply freely accessible from the parking. This way we saved a lot of money and avoided a lot of tourists (as we would go to a very similar but not even half as busy or expensive place in the Northeast). If you are not doing a full round trip of Iceland, then it might be still worth going in for the experience here. 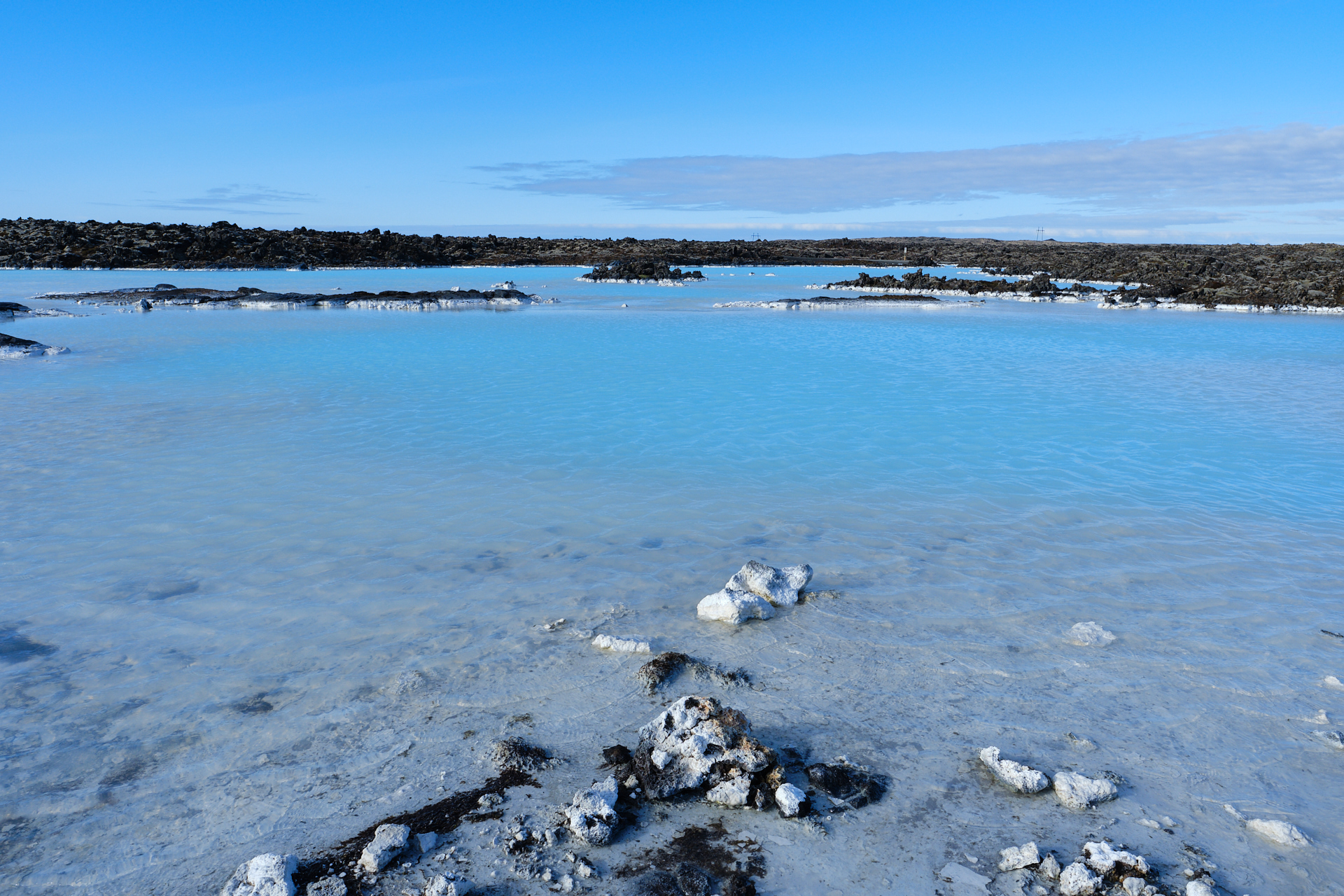 The last stop of the day was the geothermal area of Krýsuvík, where you can walk around smelly, slowly boiling mud pools and steam vents scattered over a colourful hillside. 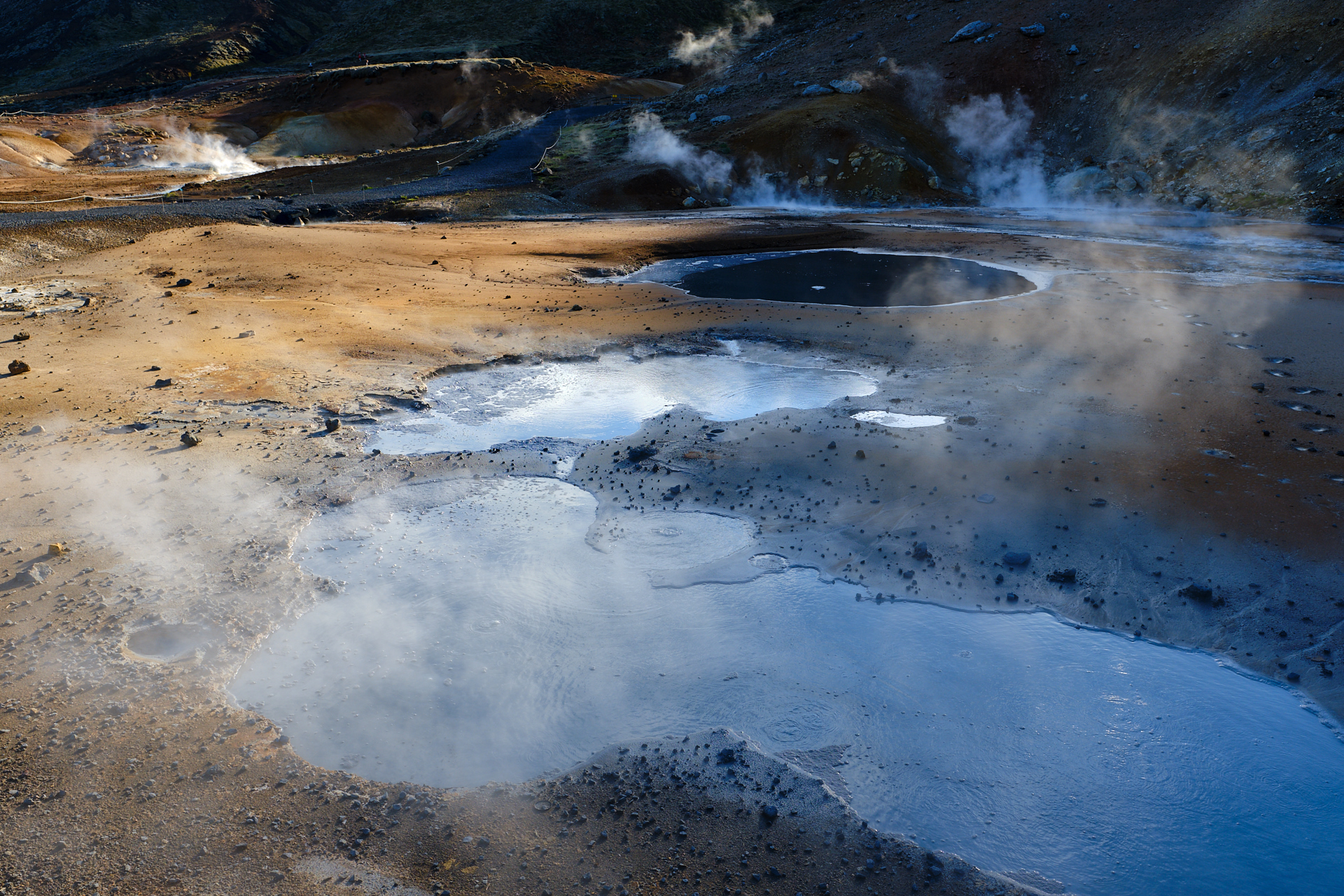 There are even some nice wooden footpaths laid out to guide you and – most importantly – save you from stepping where you should really not be stepping. It is maybe worth noting it already here: lots of the sights in Iceland are boiling hot, so it is indeed not advised to leave the marked paths or to get in too close contact with steaming features. 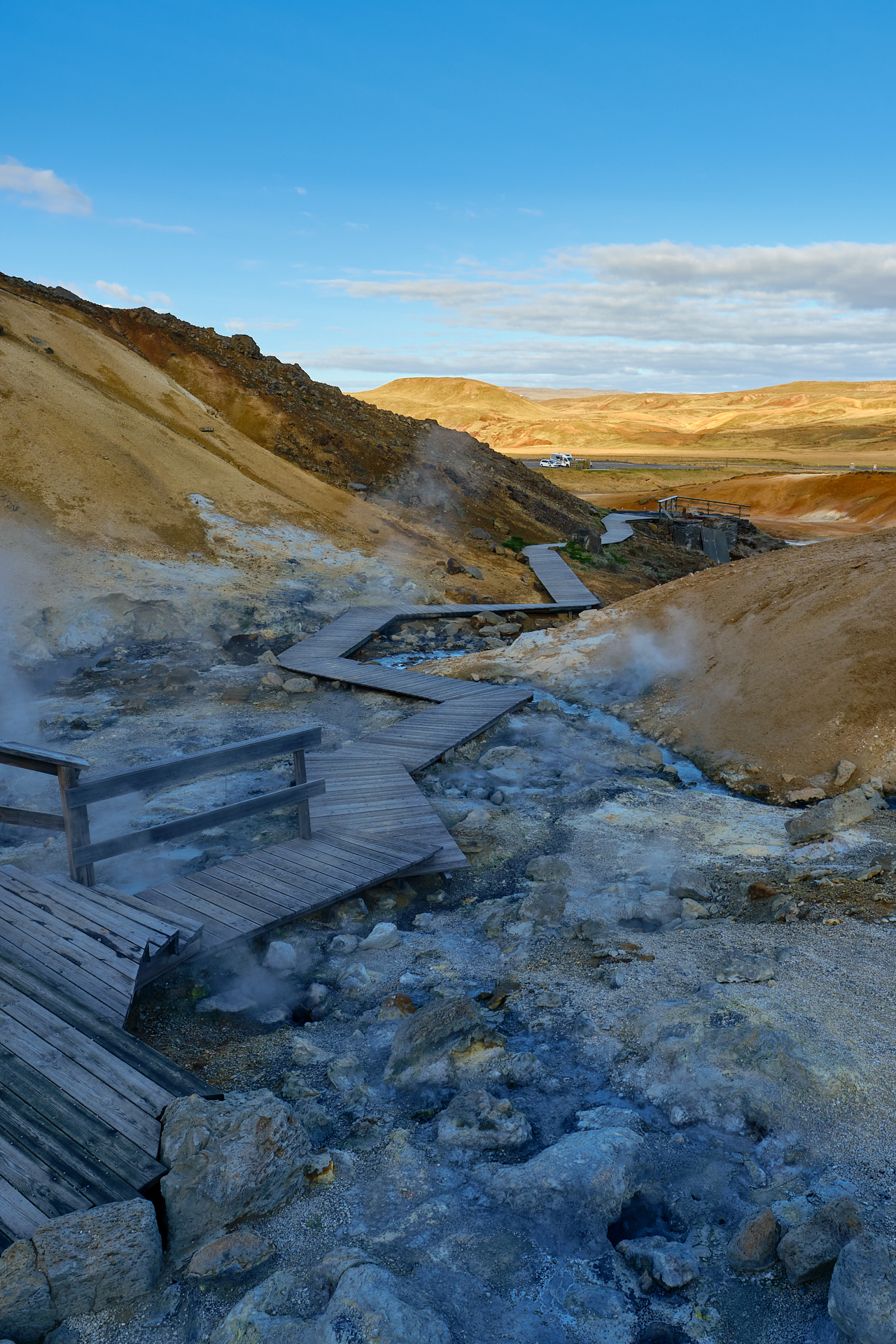 From here on there is only one logical road to follow towards the capital, and the scenery is really beautiful (in the first half at least, then it gets a bit more boring/industrial/urban). We also encountered our first few kilometres of gravel road here, but nothing really bad. 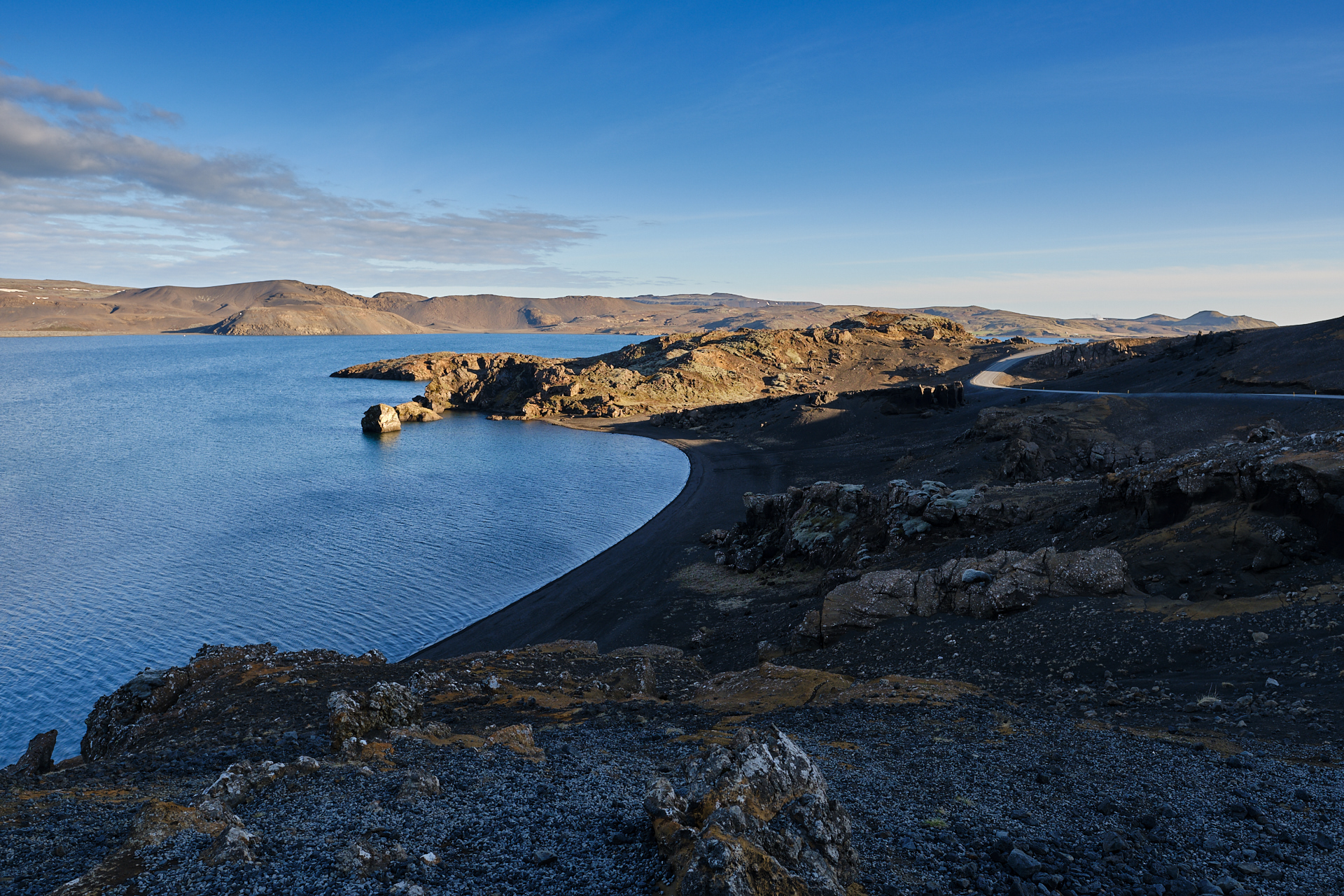 By the time we had checked in our hotel (Reykjavik Lights Hotel by Keahotels) it was already pretty late, but after a short (and expectedly expensive) dinner in the neighbouring pizzeria (Eldsmiðjan) I still walked into the centrum to catch the rays of the setting Sun (22:03) on the famous Hallgrimskirkja. 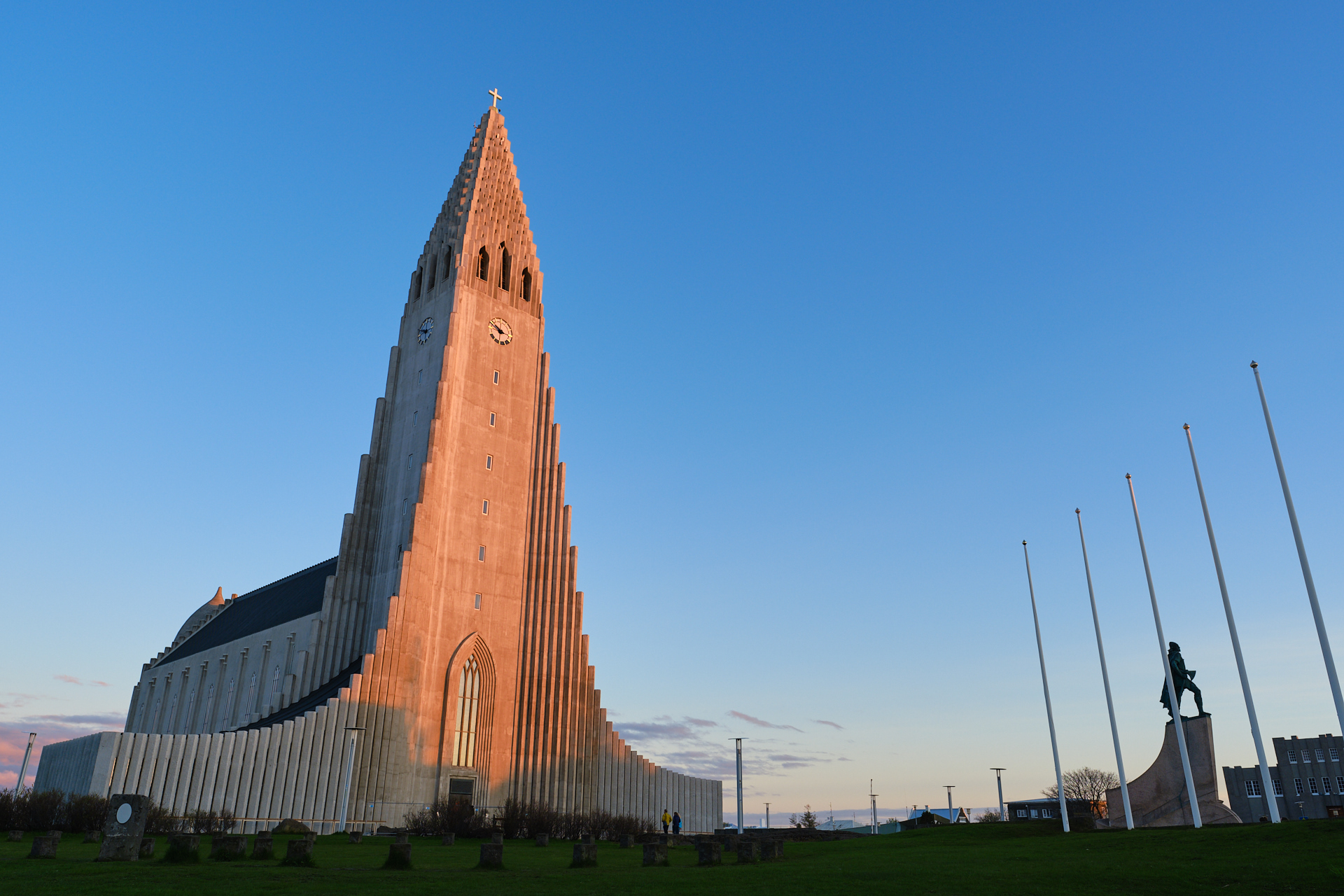 Thanks to the Northern location of Iceland the nights are already super short in May and it does never get fully dark anymore at this time of the year (hence the mentioned lack of – visible – aurora). On the way back to the hotel I still walked past the Sun Voyager, which looks very nice reflecting the colours of the dusk. 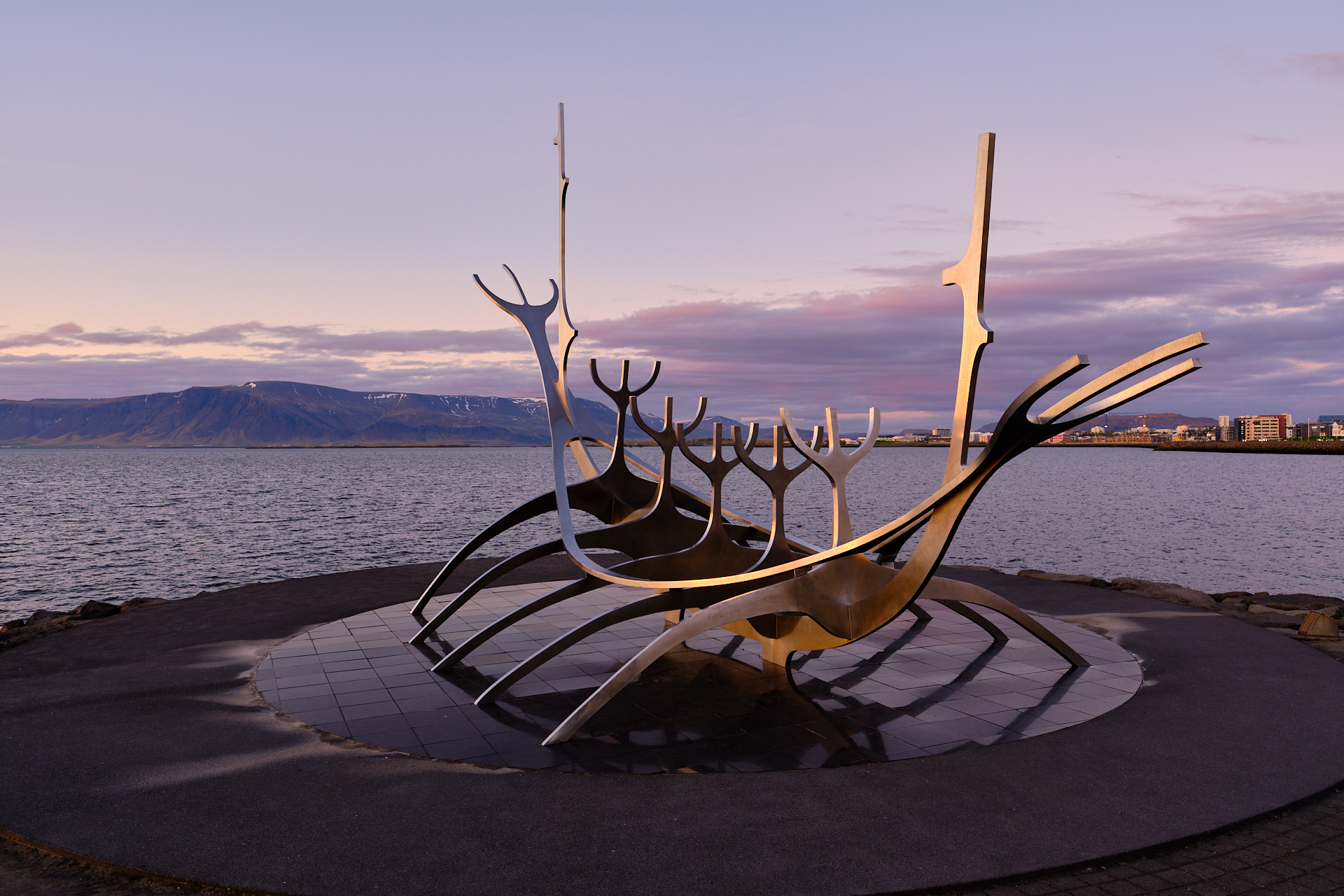 There are a bit more pictures on my Flickr. The story of the next days will follow.