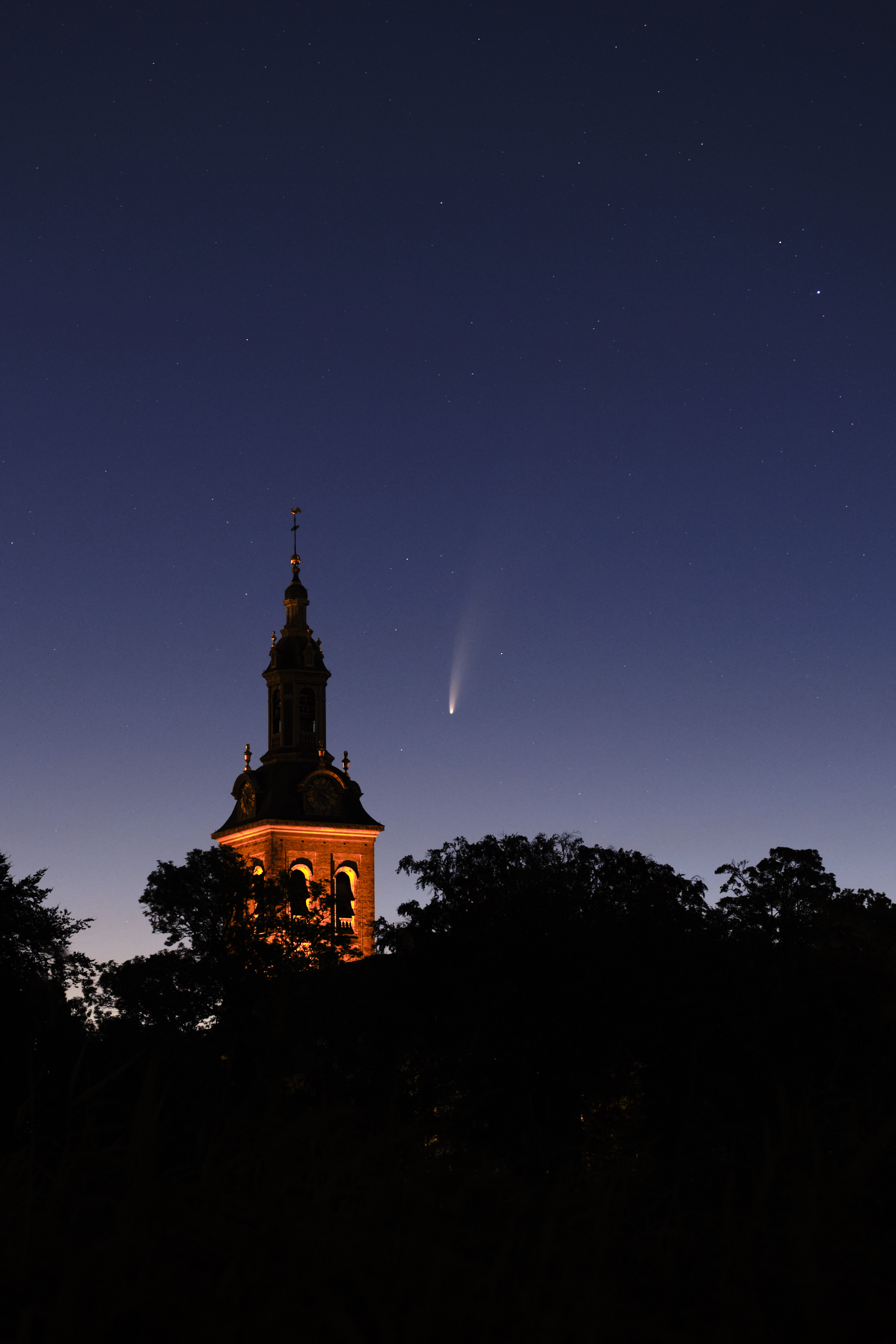 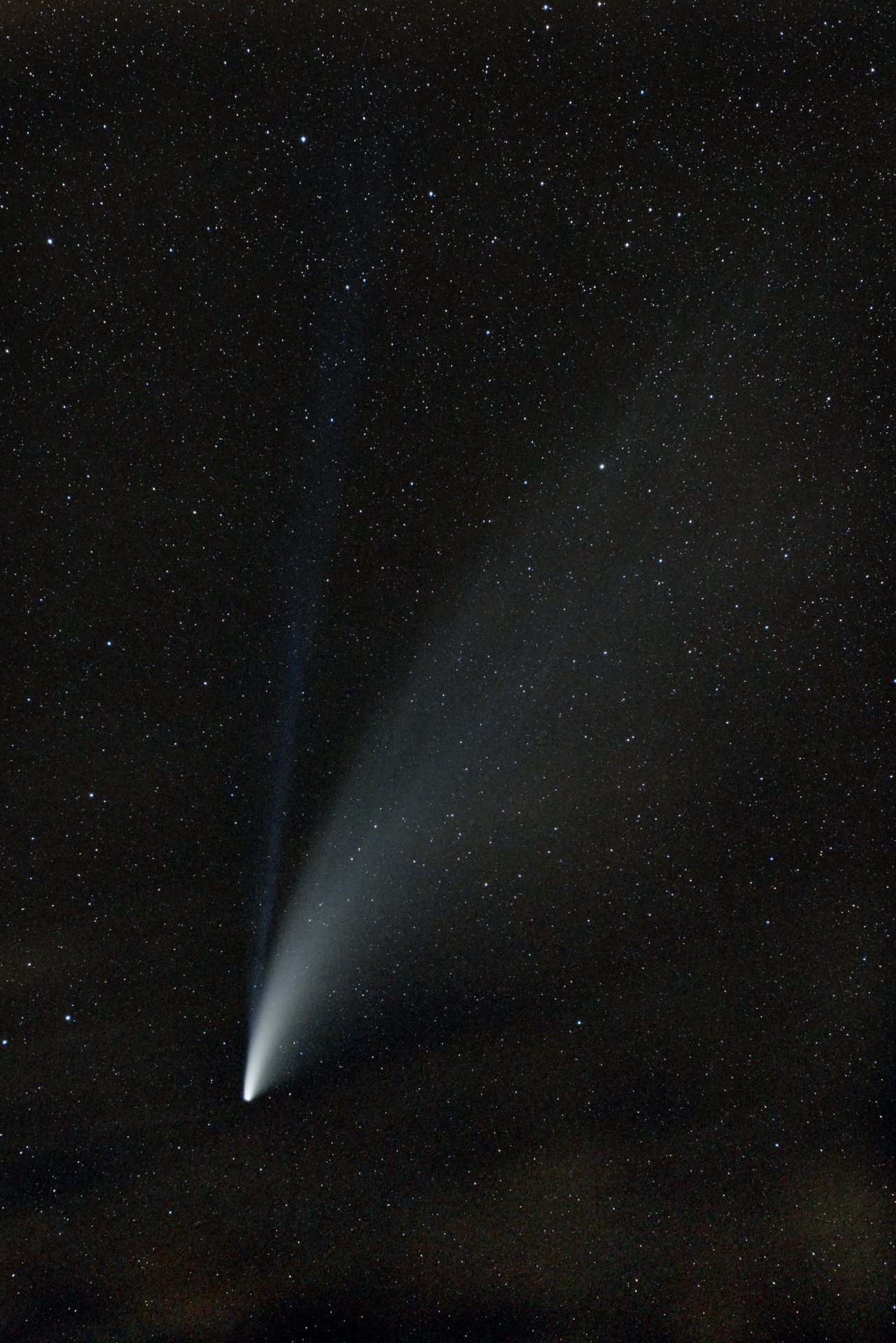 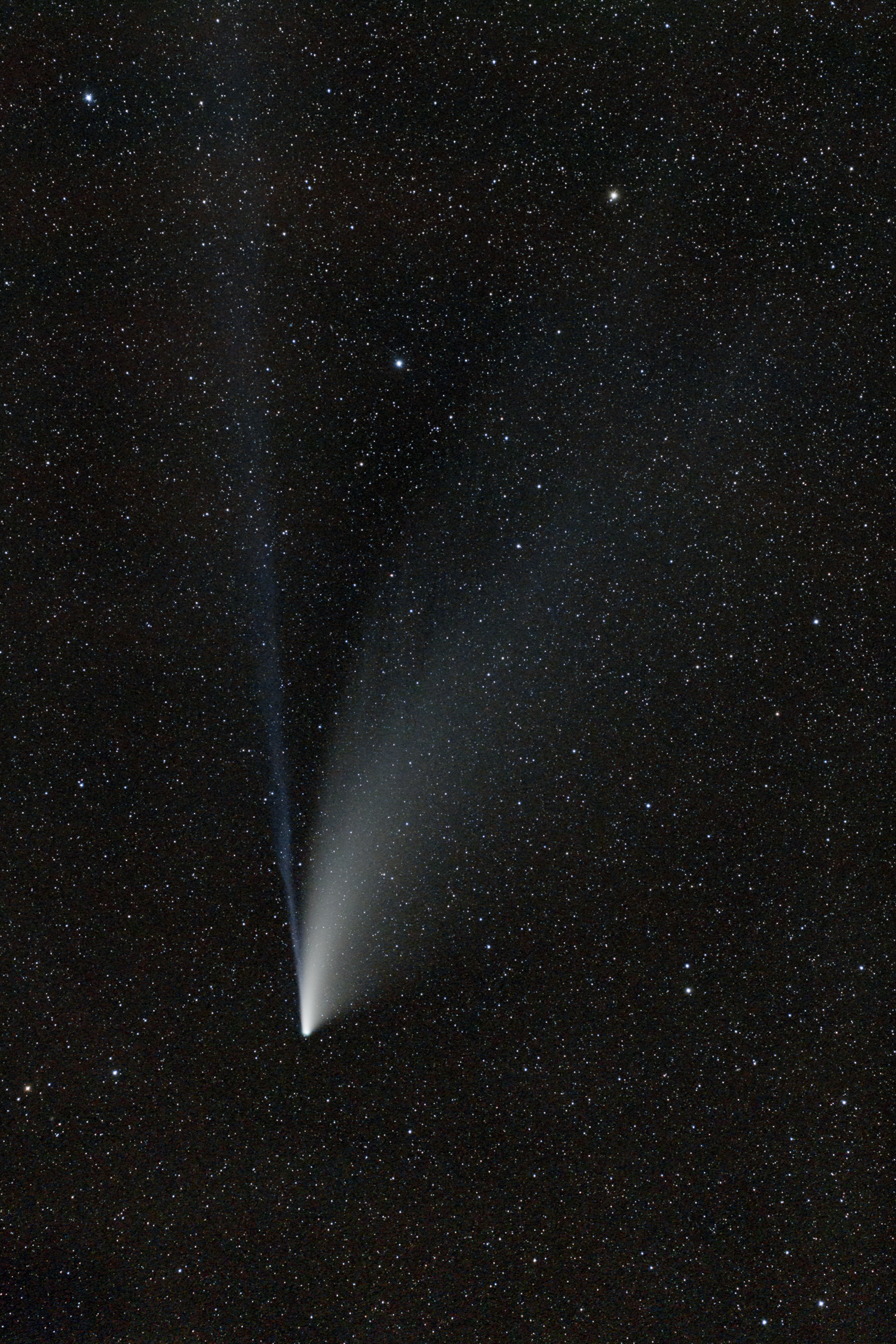 Since one of the student projects involves imaging comets with the new MAIA camera, and I like to create images for outreach, I present you Comet Lovejoy in false colour. 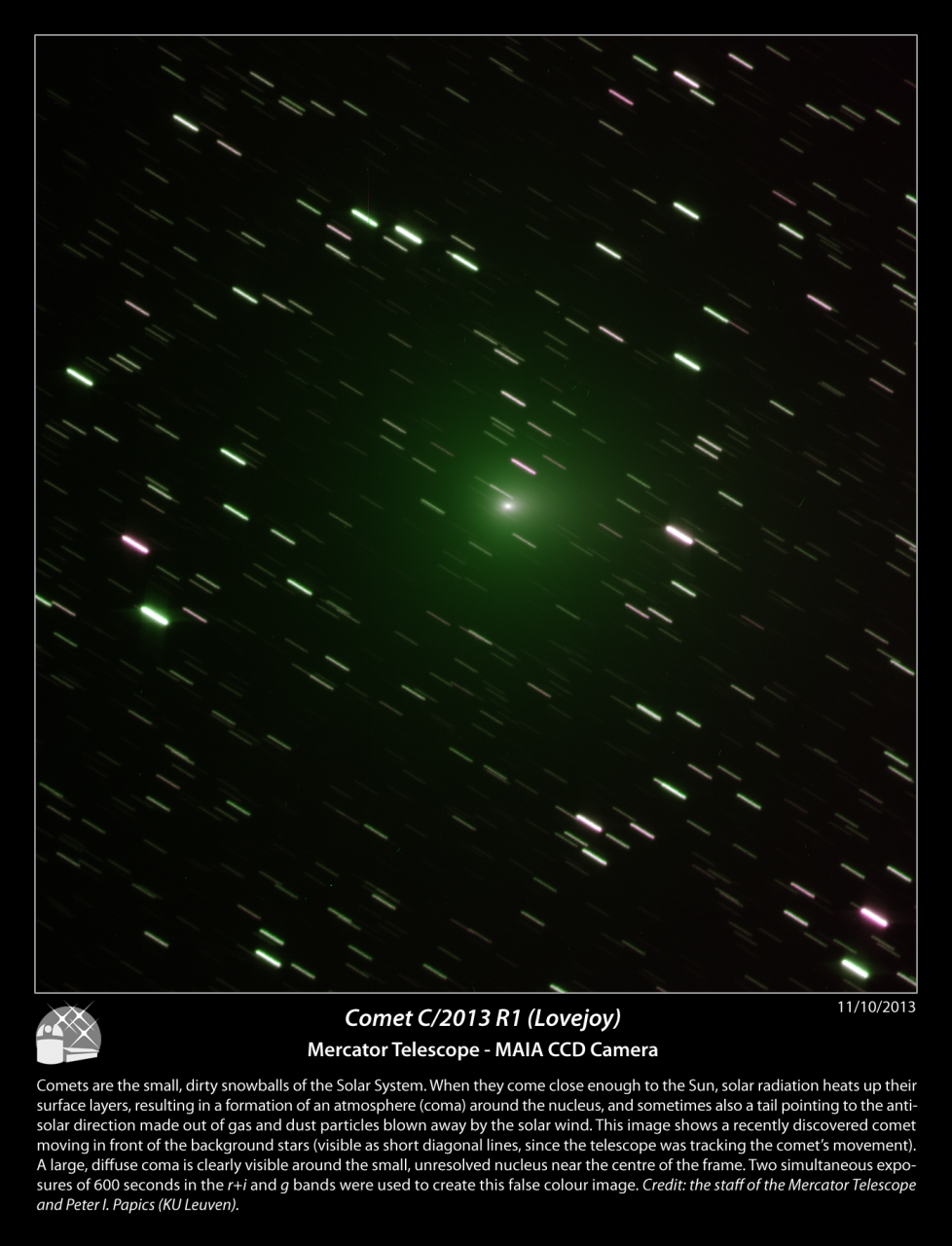 Creating a colour image with MAIA (which is far from the main purpose – photometry for asteroseismology – of the camera) is a bit more complicated than it was with MEROPE, since the optical paths leading towards the 3 CCDs are different, which – in practice – means, that the images captured by the 3 CCDs do not overlap perfectly. Unluckily these differences are not linear, so you need to do some proper astrometry to align the three channels in post processing, or use the Auto-Align Layers command in Photoshop (which is highly unprofessional, but results in pretty images rather instantaneously). For this RGB image I used the r+i channel as R, the g as G, and a tricky combination (made using black magic) of the two for B (since in u the number of photons from the comet is in the single digit region).

This evening the sky was finally completely clear, so I managed to take a few nice shots of the comet again. I made the zoom-in below by averaging 9 individual 1 second exposures (as I have no motorised equatorial mount to track the comet, I can not use longer exposure times with the focus set to 200 mm, because the sky turns too fast). It was barely visible with the naked eye.

The star positioned towards the top right from the comet is 51 Piscium, and the apparent distance of the two objects was 21.5′, or 2/3 of the apparent diameter of the Moon. And below is a more wide-angle look (aka, the full image at 200 mm a bit earlier during twilight). 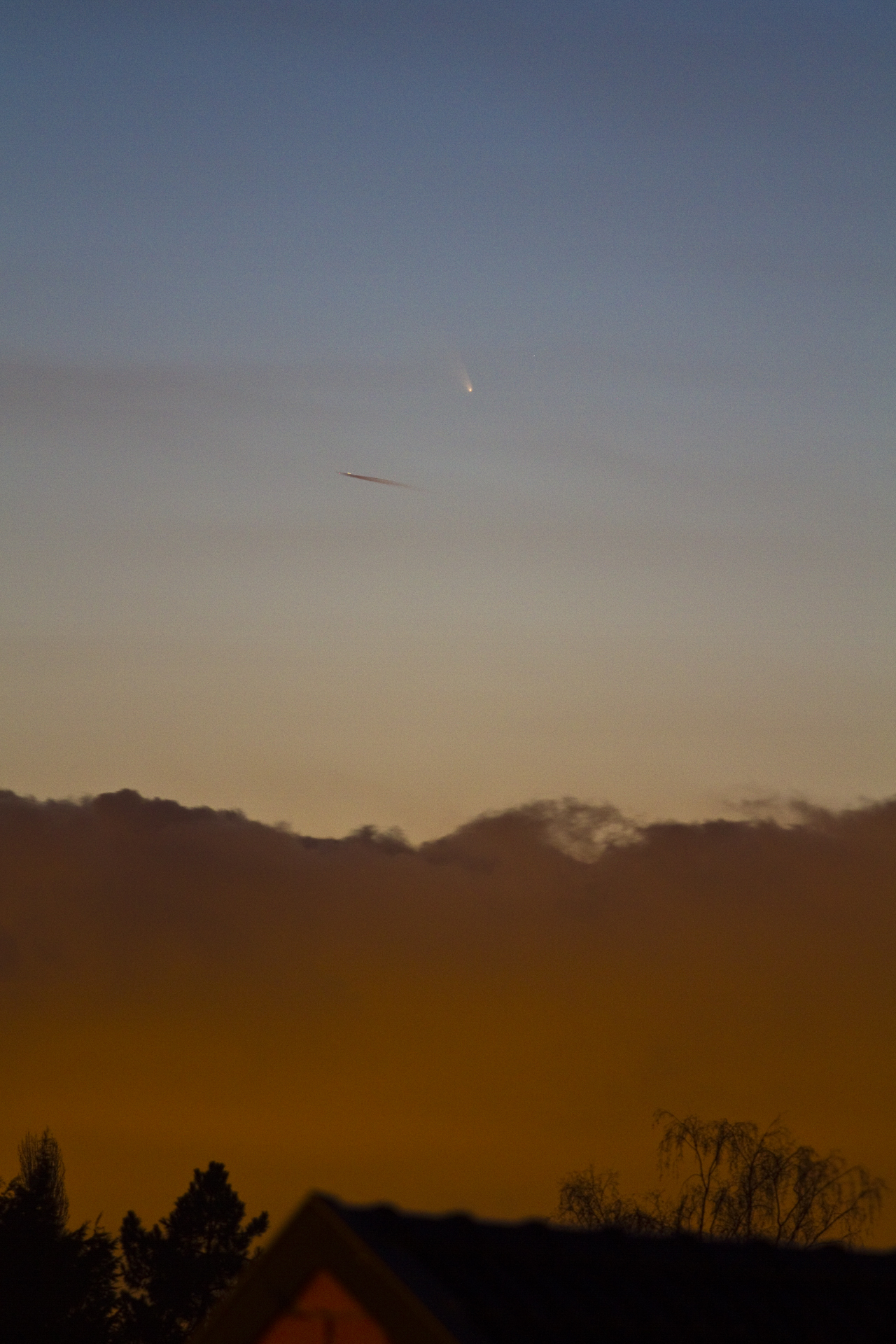 After a day of weather conditions more typical to Scandinavia than Belgium (a week ago it was 18°C and sunny, today it was snowstorm in -4°C almost all day long), the sky started clearing up from the Northwest just enough that I managed to catch the first bright comet of 2013 a few degrees above the horizon. I could not find it with the naked eye, but it was easy to see in my 10×50 binoculars. The thin crescent of the Moon was also visible for a few minutes before this picture was taken, but unluckily it had set by the time the comet appeared from behind the cloud layer. 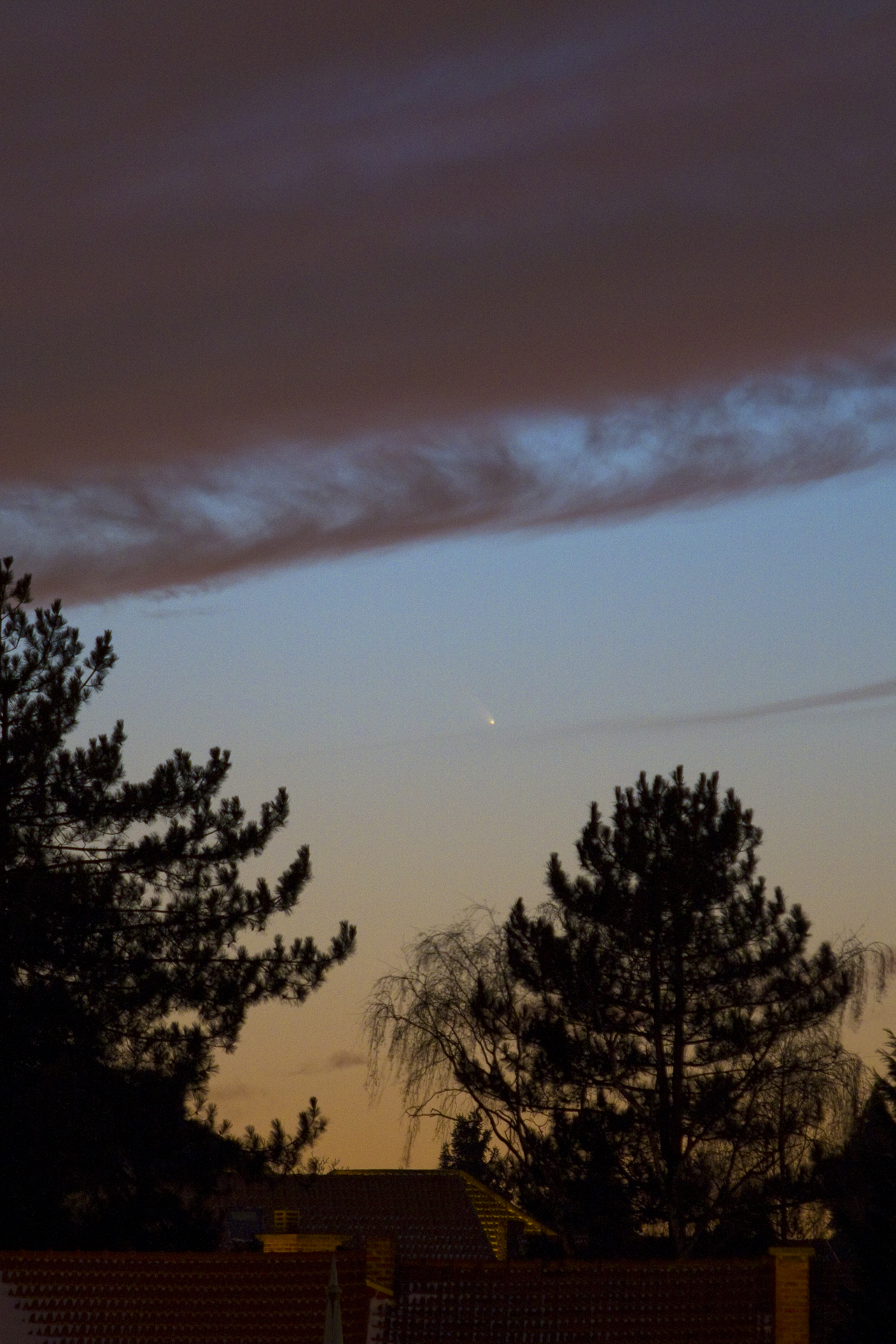