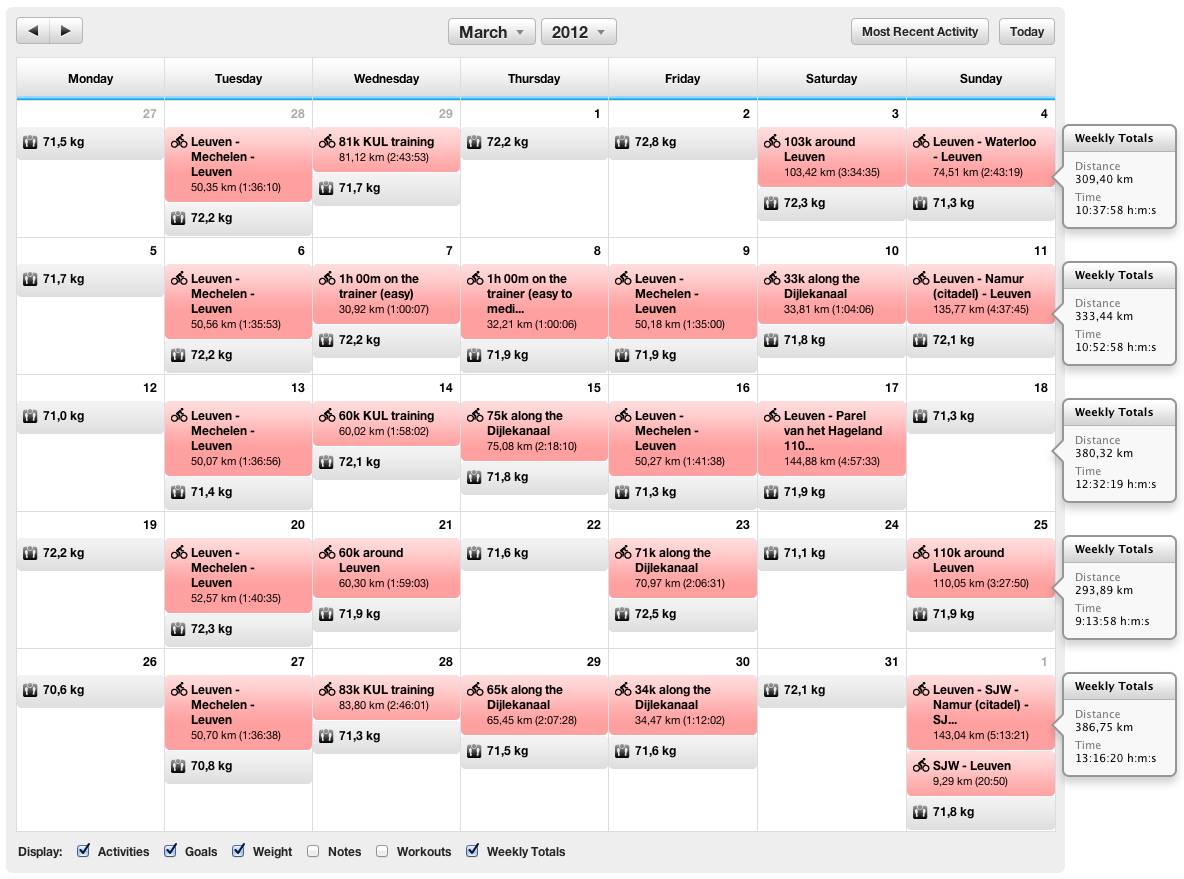 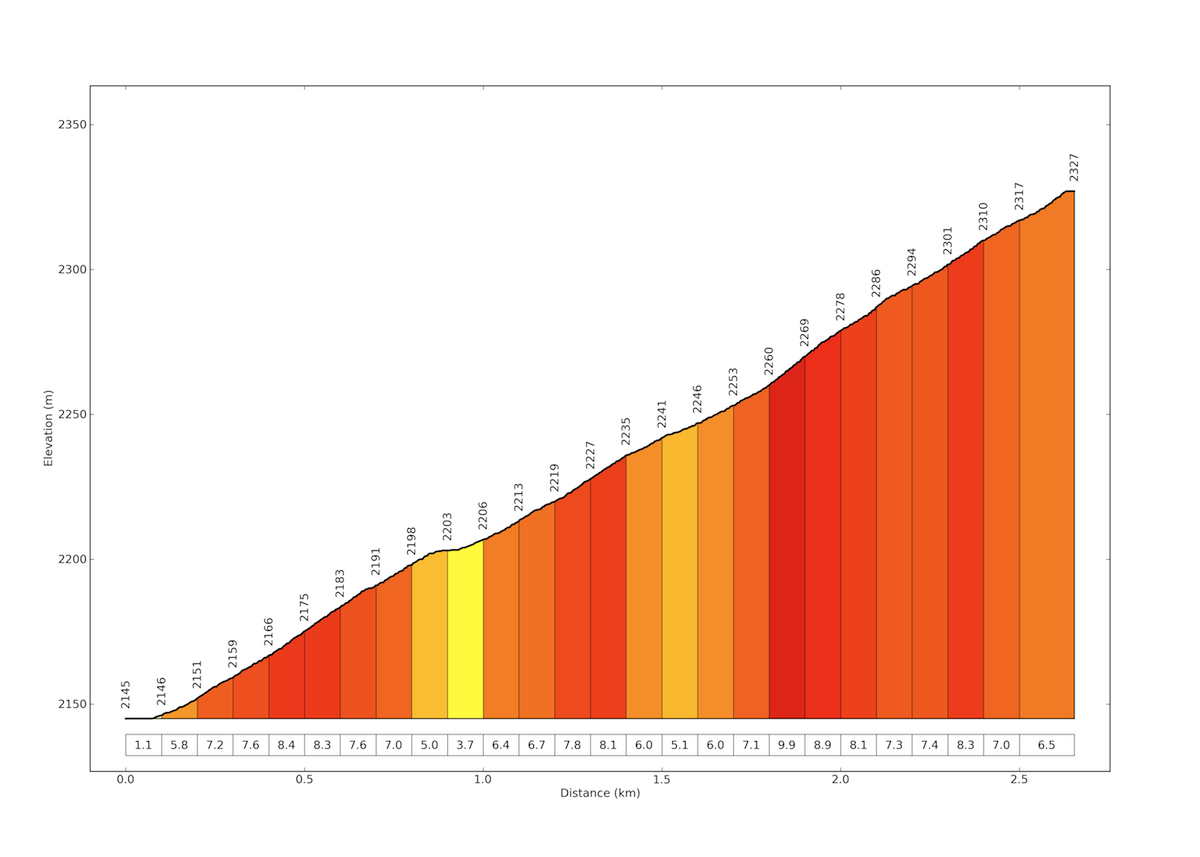 This evening, one and a half year after it had appeared on YouTube, I finally watched “HOME” (during a low intensity recovery session on my indoor trainer). Climate change and overpopulation are known problems for the planet and its citizens. And among them; for us, humans. Independent of skin colour, country, origin and religion. It is our problem. A chain of problems which were and are caused by us…

It should be obligatory to watch this movie for all of us. You have one and a half hour for this. You must have this time, and now, not later. Because then it might be already too late… Watch the full movie on YouTube. And then think about how you live, and what do you do for our Home. And then think about the most important question: What are we waiting for?

Ok, so back to Monday. What happened on Monday (22nd of November)? I guess just the usual lectures, as I can not remember anything special. Then on Tuesday, we had to present our poster “on the stage”, using a short PDF-presentation. Luckily I prepared the PDF already on the morning, because the afternoon turned out to be quite “unlucky” for my computer. As usual, I was listening to the lecture with my MacBook in front of me (for taking notes, following the talk, and – sometimes – checking e-mail…), and – as always – I had my drink right next to it. This was the only day, when I was drinking something else than water, as I had a full bottle of orange Gatorade left unopened from the climb on the weekend. So at a point during the afternoon session, I refilled my (wine) glass, and then while moving it back to the table, I hit the bottom of the glass to the table, which resulted in the glass flipping over and covering the full keyboard of my MacBook with ~2 dl of sticky orange juice… At this moment, everyone in the room became silent or said “uhhh :S”, then – after being frozen for one second due to the shock – I quickly turned off the computer and disconnected the power adapter, then turned the MacBook to its side, and tried to get off (blow off) the liquid stuff as fast as I could. After the monitor unexpectedly turned on and started to flicker, I also took out the battery… From this point, I could not do anything else, just let it dry, hoping that I would be able to turn it on after a while… Surprisingly, I handled the situation quite well… I thought there was no reason to freak out, as it would not solve anything anyway. I stayed calm and did not think about it at all :) So the presentation went very well on the evening.

On Wednesday we had a guided bus-tour to the Teide National Park and the Observatorio del Teide. First we drove up (with some photo-breaks) to the Residencia of the Observatory where we had small sandwiches and drinks, then we went to the Visitors’ Center to learn about the history, flora, and fauna of the area. 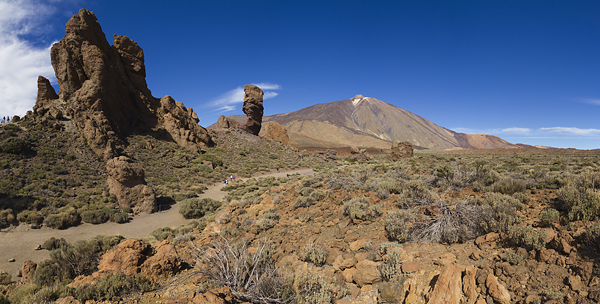 After a walk around in their botanic garden, we continued to the magnificent rock formations of the National Park, where we had a half hour to look around and take pictures. We took a lot :) Then we returned to the Observatory to visit the OGS (Optical Ground Station) – which has the same 1 meter Zeiss RCC telescope as the Hungarian Academy of Sciences on Piszkéstető (compare the one on Tenerife with the Hungarian) -, the THEMIS Solar Telescope, and the container of the GONG Network.

At sunset, we saw the same atmospheric phenomenon which I have already seen when I was observing (2nd picture in the linked post) with the IAC-80 in September, but now as the Sun went down at the other side of the Teide, the dark ray had a different direction. I had an intense discussion with one of the professors about the origin and nature of this phenomenon, and it took me quite a lot of time, to prove my theory. (Then on the next morning I realised that I was not completely right, but my renewed theory of “mountain shadow + anticrepuscular ray formed by the Teide” was accepted by both of us immediately.) 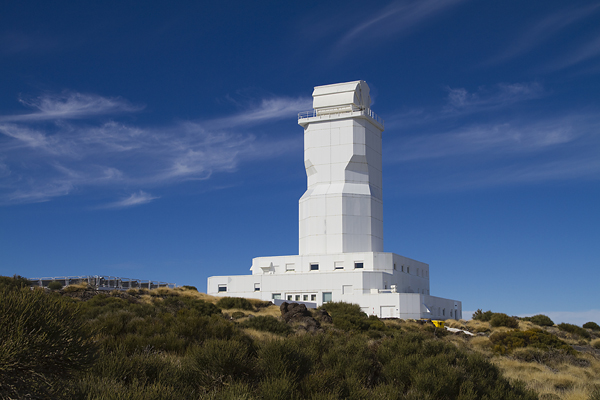 To close the day, we had a mind-blowing dinner halfway down from the mountain in La Esperanza. The amount of meat was unbelievable, I asked for chicken, and I got a half chicken. I mean, half of everything. It was huge. The professor from Texas told that the steak was huge even for him ;D And it was also delicious, not just a lot. We had no difficulties with falling asleep that evening… (There is also a short video about this day here.) 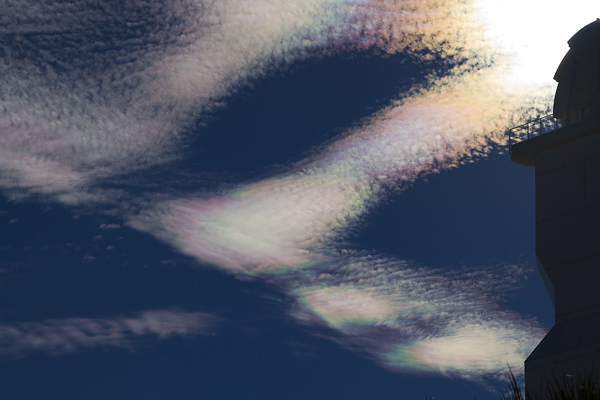 On Thursday, we had a computer session in the University of La Laguna (ULL), but – for some unknown reasons – we quickly managed to crash the network, which made things a bit more complicated :) Still, by the end of the 4 hour session, we – at least my group – managed to finish almost all the exercises. On the evening, we had the official closing dinner, in a fancy restaurant in the Orotava Valley, somewhere above Puerto de la Cruz. It was very nice. Friday was the last day with lectures, then on the evening we went out for a traditional dinner to a small restaurant which was run by a family. We ate several different meals (I even tasted the octopus…), drank a lot of wine, and still we only payed 8 € per person… It was unbelievable. On Saturday, we left Tenerife in 27°C, but I think it will not surprise anyone anymore, that we did not make it back to Belgium before Sunday noon. (We spent the night in a 4 star hotel next to the airport in Madrid, thanks to the Spanish air traffic controllers and payed by IBERIA). But when we arrived, than it was -1°C… Quite a different climate back in Europe…

It was a very nice winter school, I am happy that we decided to attend!