This was definitely our warmest day on Iceland, with official maximum temperature measurements around 18-19°C in the afternoon (while the thermometer of the car showed values even in the low twenties), and perfectly clear blue skies – except for some nice cirrus clouds – throughout the day. 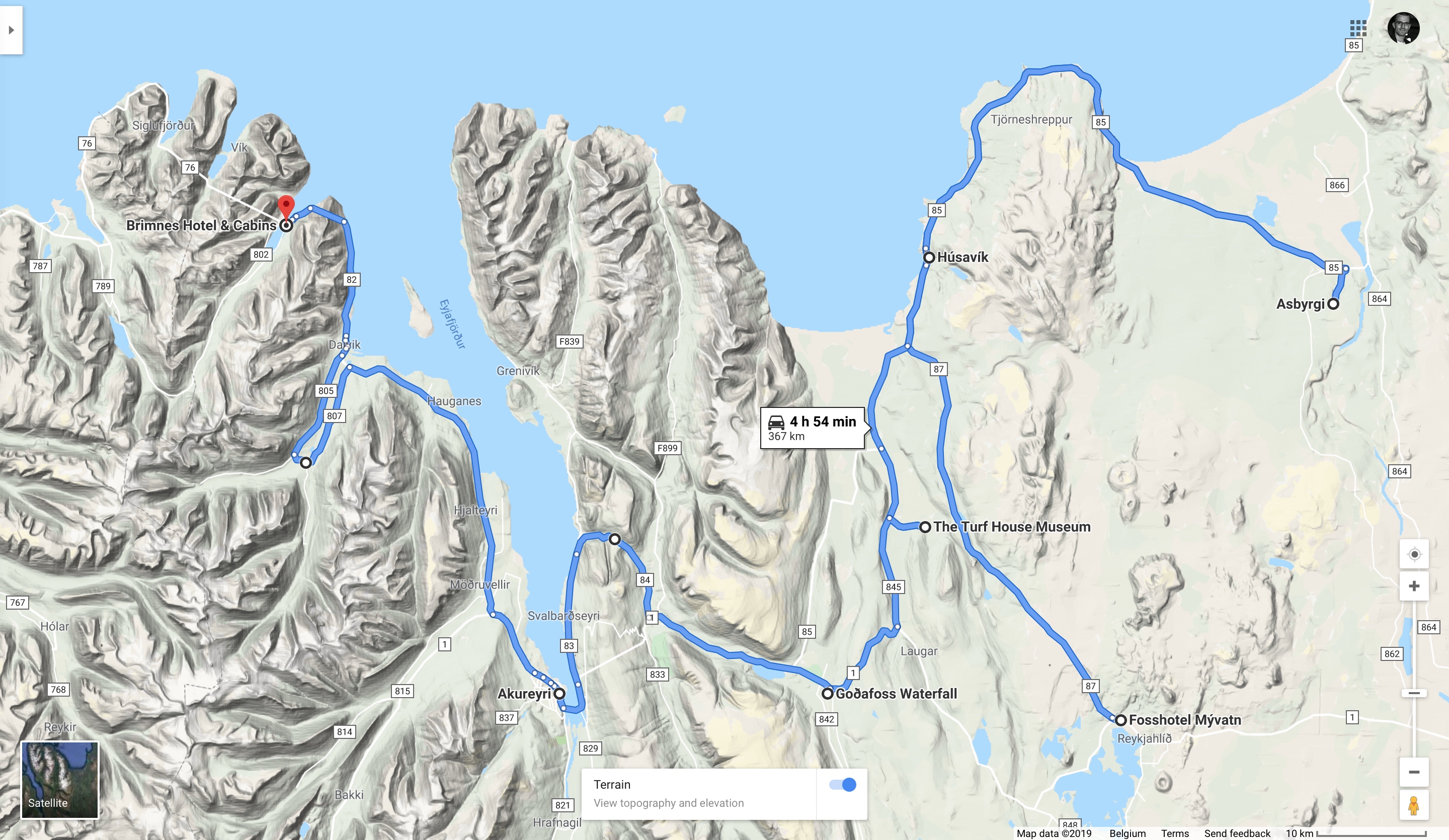 After an early checkout we headed to the local petrol station first to get some breakfast (and fill up the car), before starting the drive up North. Since it was going to be another long day with quite some driving, we had to leave in time, so by nine we were already on route 87 heading towards Húsavík. Roads 862 and 864 were still closed, so we had no other option than driving this way. We did not stop in the “city”, but continued further on Road 85, passing by the Northernmost point of our road trip (at an otherwise unremarkable curve along the barren coastal road) at a latitude of 66.2° (just short of reaching the polar circle, but still 3.5° higher than on our Norwegian road trip a few years ago). 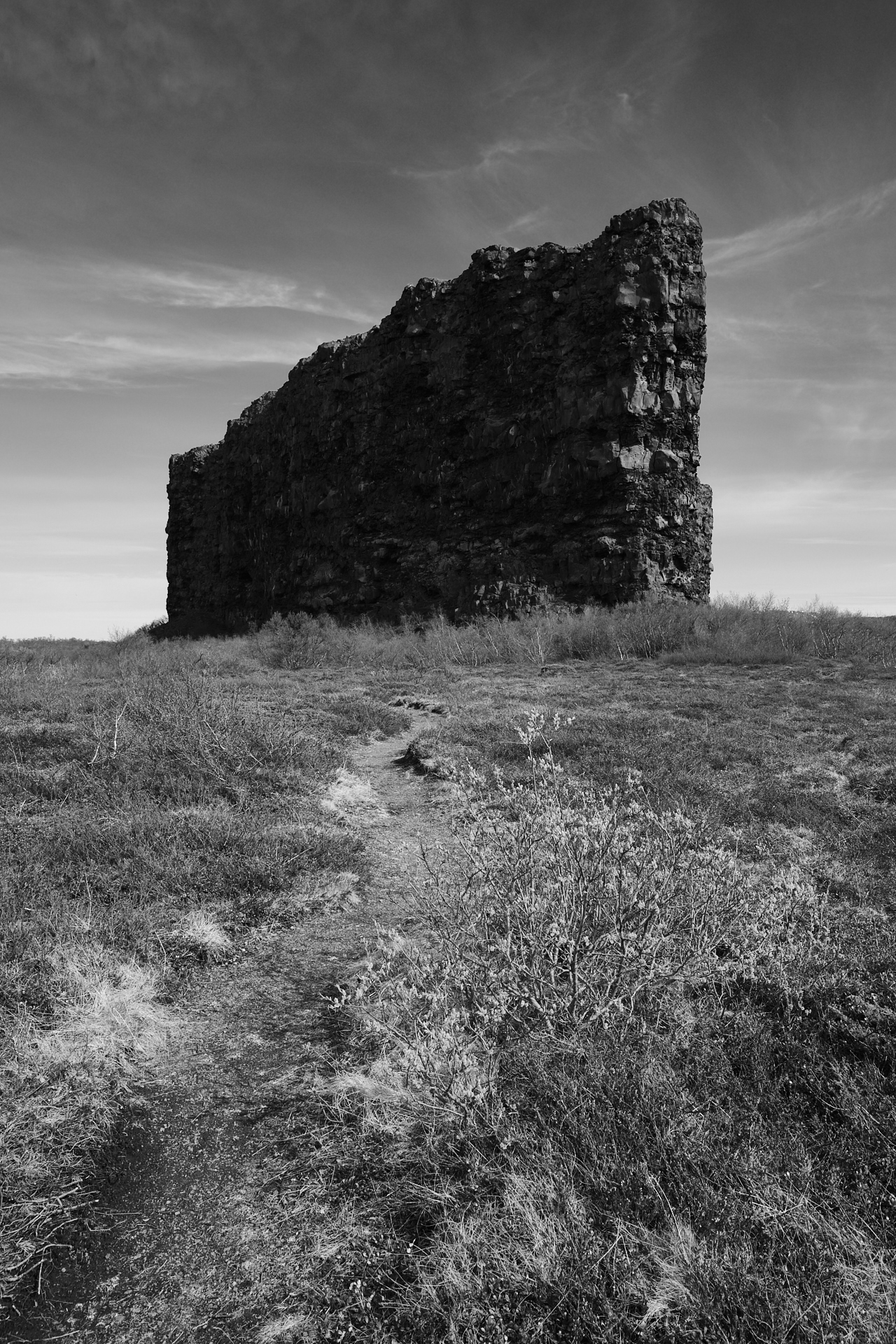 Around 11 we arrived to the Ásbyrgi canyon. This forest-filled U-shaped depression is believed to be formed by either Odin’s horse, or by a catastrophic glacial flooding of the river of the waterfalls (Dettifoss and Selfoss) that we had visited two days earlier (which nowadays follows a new course a few kilometres to the East) – our pick is definitely version A. The more or less flat central section of the canyon is surrounded by 100 meter tall steep rock walls, creating a natural stadium. The depression is not complete, a long wedge shaped island still stands intact running across the centre along the Northern half of it. 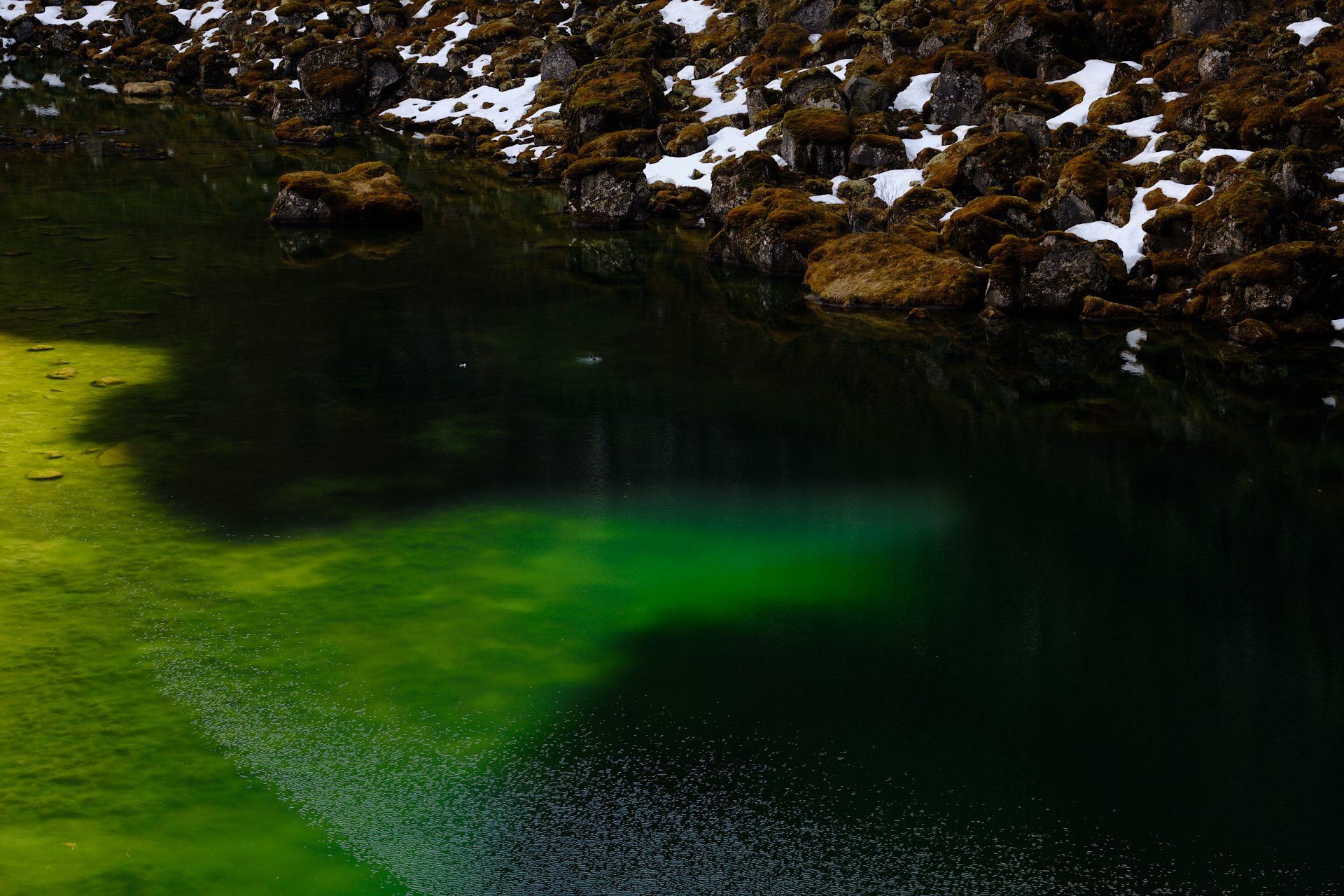 We did a small walk to the Southern end of the canyon, down to a crystal clear lake and up to a lookout point at the foot of the stone walls. While it was still cold down at the water, it was definitely T-shirt weather out in the sun. 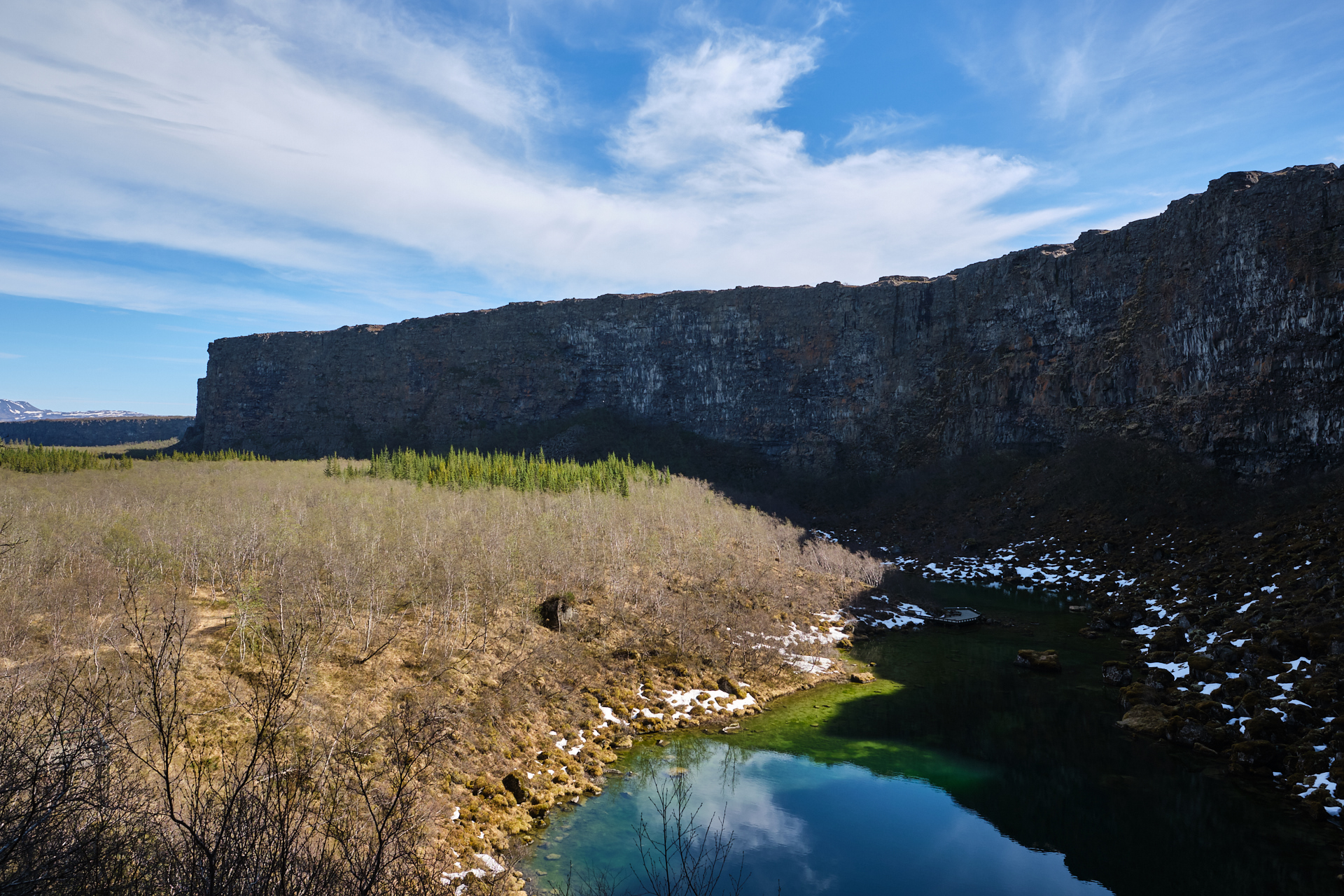 From here we drove back the way we came to Húsavík (BTW, this is the place for whale watching tours, but we had no time for that, and Clio is not fond of being on a small boat anyway), where we stopped for a quick fish and chips at the N1. Still cheap and still delicious. After the lunch break we drove further South (road 85 and 845), to the next stop, the The Turf House Museum. 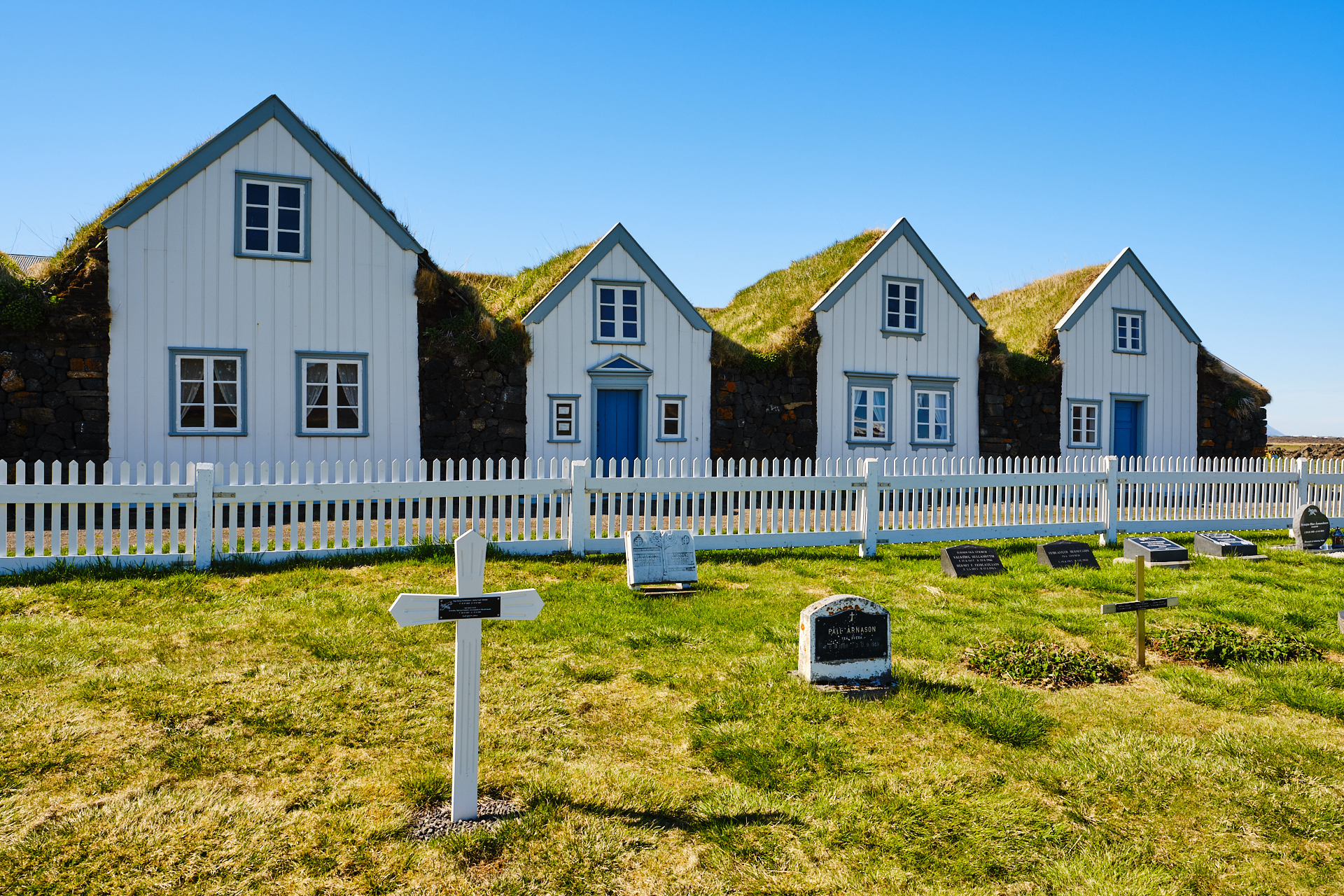 The small wooden church and the grass covered houses are worth a small stop, but nothing more than that. Not far from here we got back on the ring road, and soon we arrived to the next waterfall on the list, the Goðafoss. After a short walk along the Southern shores of the river, we continued our journey Westwards. 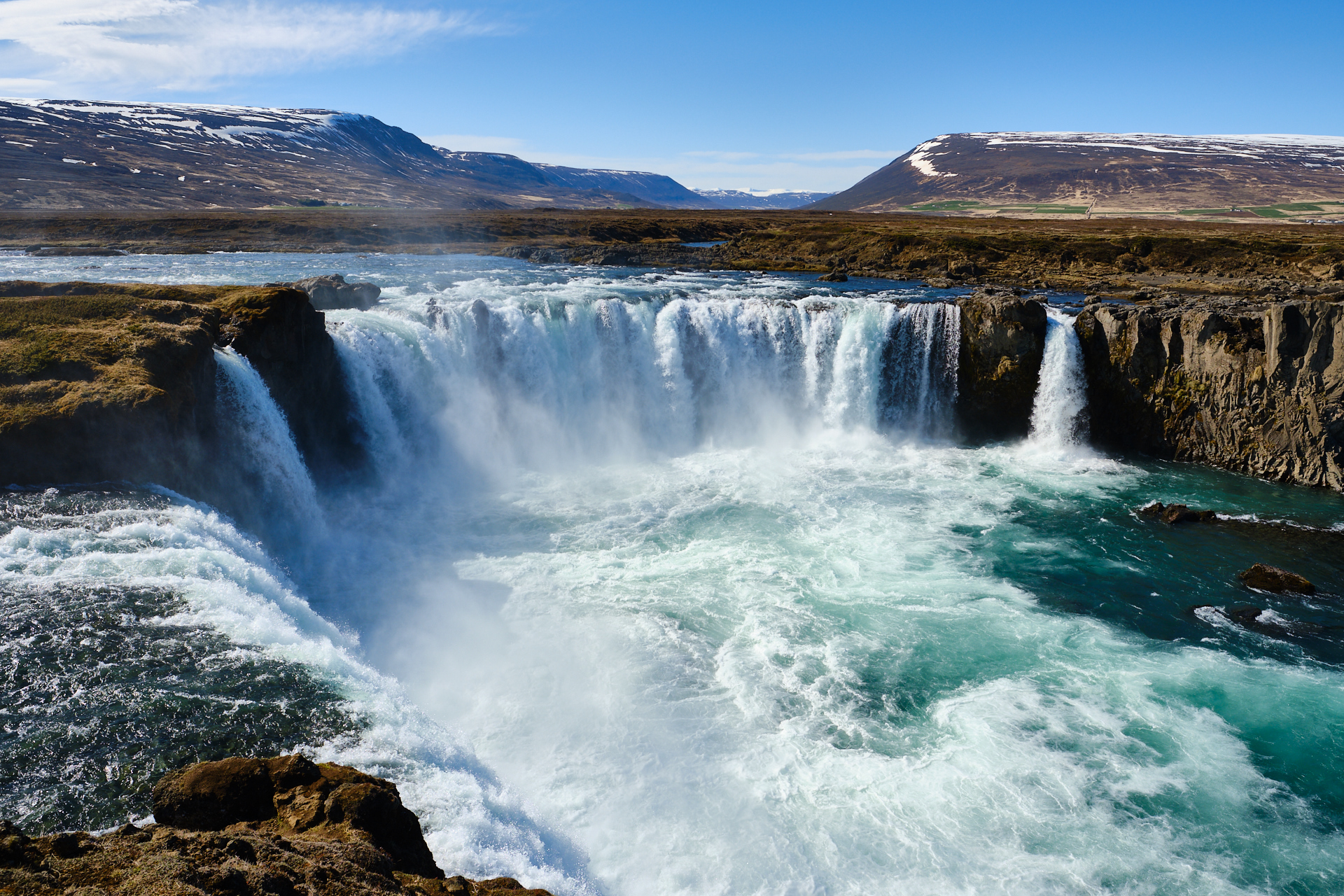 Instead of taking the tunnel directly to Akureyri, we made a short – but scenic – detour to the North, following road 84 over a smaller mountain pass, and then road 83 along the Eastern shore of the Eyjafjörður. Afterwards we spent an hour walking around the colourful houses of Akureyri, but since it was still a bit too early for dinner, we decided to just keep driving towards our hotel. 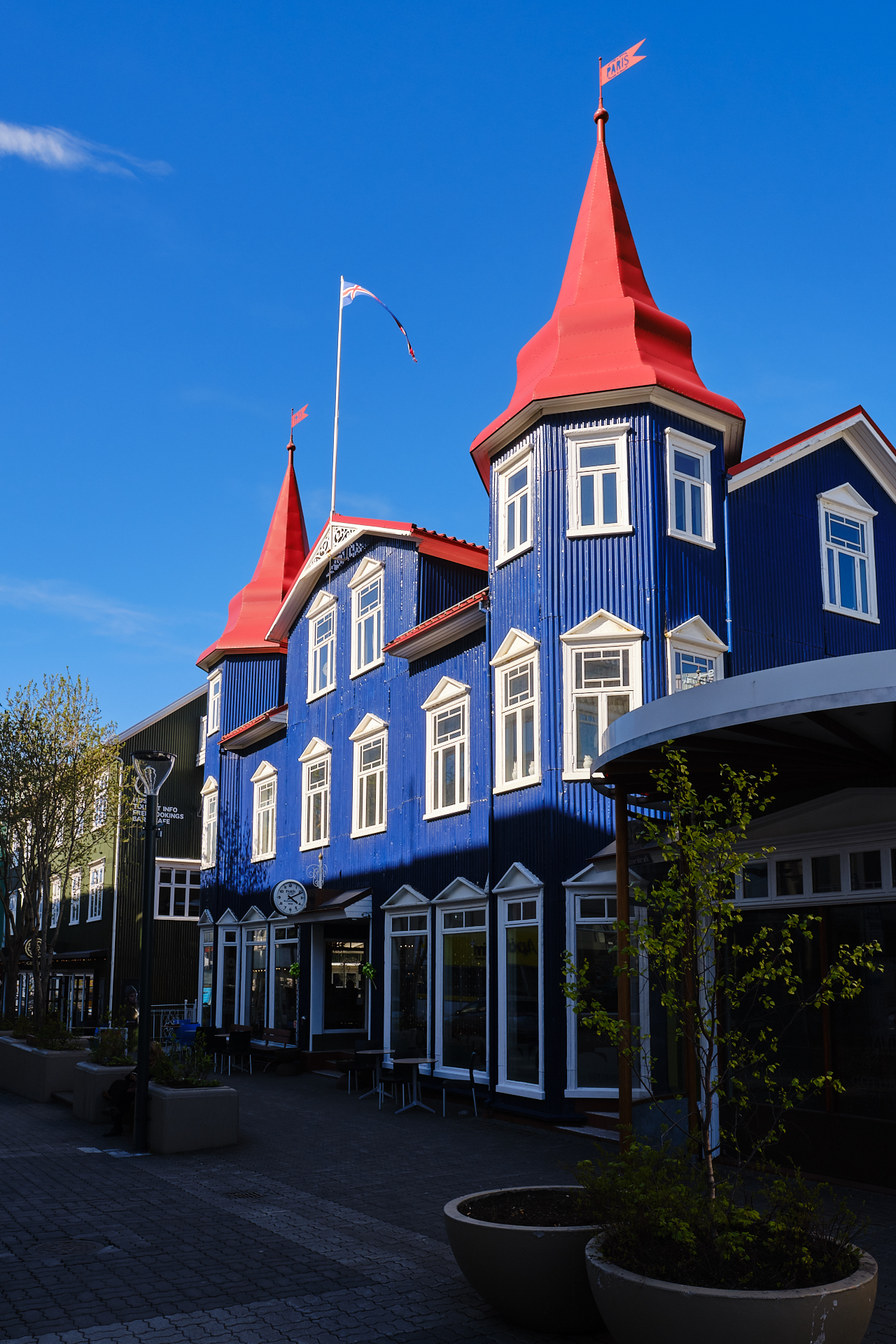 We left the ring road once more, following road 82 to the North. We were driving at the feet of real mountains again, as this central Northern part of Iceland between the fjords of Eyjafjörður and Skagafjörður is one of the more rugged regions – a bit similar to the Eastfjords from a few days before. In order to get a better view into the ice-carved valleys we even took a detour over road 807-806-805, but unfortunately there were no good places to stop for pictures on the way. (Originally we wanted to stay in one of these valleys for the night, but the very cool accommodation I had found – Skeið Lodge – had a minimum stay of two nights…) 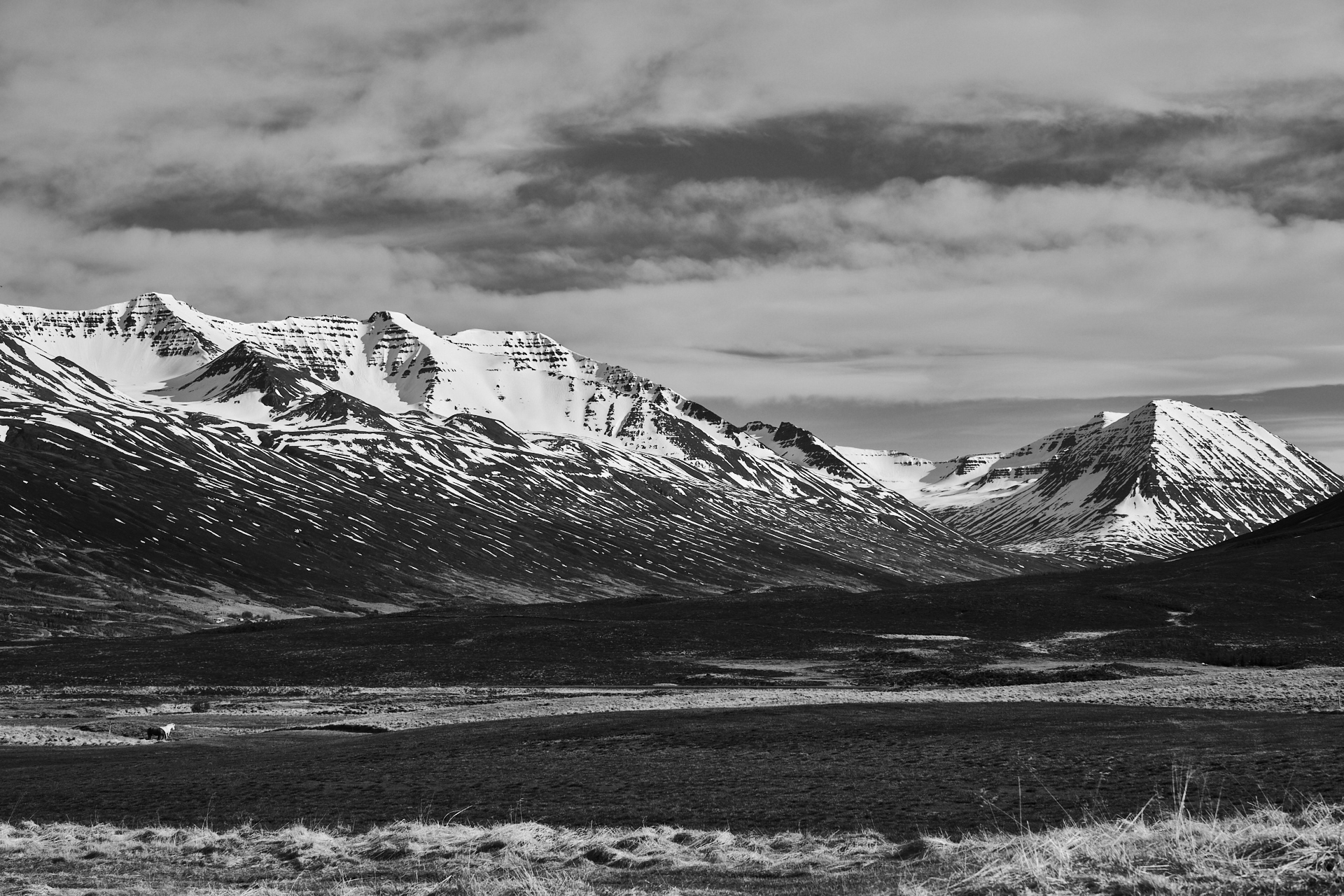 The views along the fjord were truly beautiful, with snow covered mountains both directly to our left, and over the vibrant blue water to the right. There was still a nice lookout point where we could stop for a few minutes just before the road turned left, into a dark, narrow tunnel. (There were wider sections every few hundred meters so cars driving in the opposite directions could pass, but we did not meet anybody else.) 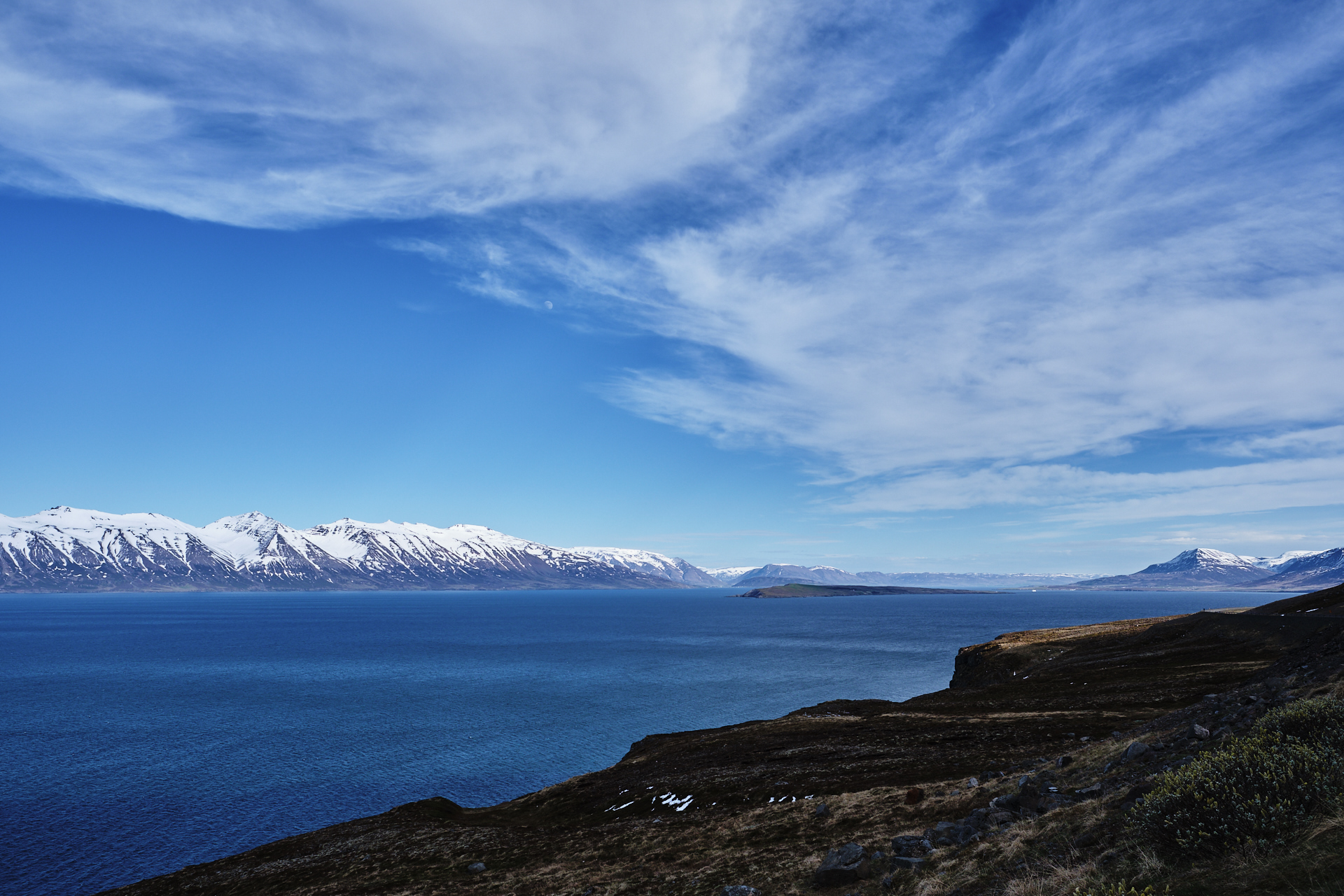 We arrived to the quiet village of Ólafsfjörður around half past six, where we had a small wooden house for the night (at Brimnes Hotel & Cabins). For dinner we got some takeaway pizza from Höllin (the restaurant was under renovation and only the kitchen was open), then we both went to sleep relatively early in the evening.