Last month I had the first two flights of my PPL training at Charleroi (EBCI). I was supposed to have a third one too, but that was unfortunately cancelled due to Belgium being under a think layer of fog for almost a week… Currently I have three more flights booked for February, but of course winter weather can often be unsuitable for VFR (flying by visual flight rules), so having just two of these go through would probably be a big success already. I hope during the summer it will be easier to book lessons (with longer days, better instructor availability, and better weather chances).

Before the first flight I still had to buy some basic equipment, such as a headset, checklists, a VFR map of Belgium, and a kneeboard (and later I still got a nicer headset case, a fuel tester, a plotter, an E6-B flight computer, and a Leatherman multitool to complete my flight bag). And of course as a data-geek I also got a flight-planner/tracker app for my iPhone (SkyDemon) so I have a log of all my future flights at the same place.

Even though the first flight itself was more of a familiarisation flight (procedures, checklists, all the pre-flight paperwork, primary and secondary effects of the controls, important visual navigation points around Charleroi, straight and level flight, use of the trim), I went very well prepared (I studied all the relevant theory modules), so we did some basic manoeuvres too (a few turns, nothing special), and I had no problem maintaining course and altitude. Of course the landing, take-off, and radio communication was done by my instructor, as a demonstration. 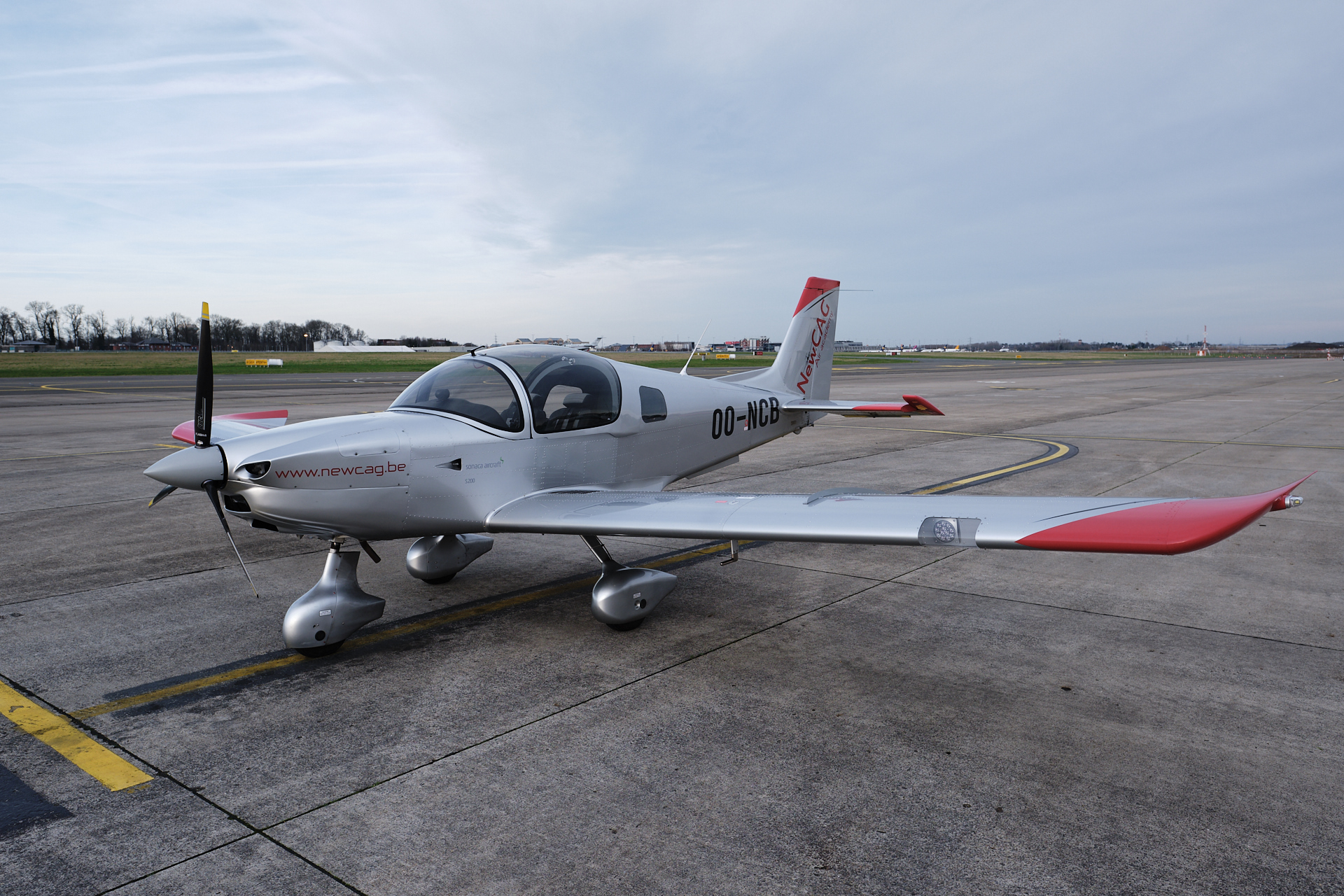 I fly a Sonaca 200, a low-wing cantilever monoplane made from aluminium alloy (in Belgium). It has an enclosed cabin with two side-by-side seats, it is powered by a 115 hp Rotax 914 engine (a turbo-charged, four-stroke, four-cylinder, horizontally opposed aircraft engine with air-cooled cylinders and water-cooled cylinder heads), and has a fixed tricycle landing gear. It has a propeller made out of three composite blades and a cruise speed of 213 km/h. Air Academy New CAG has currently three of them (with one more coming soon), OO-NCA, OO-NCB, and OO-NCC. They have an analogue instrument panel except for the digital engine monitoring system (EMS) display. All in all a very basic, but reliable, safe, and comfortable general aviation (training) plane.

After the first flight I have made a Google Sheet for the weight and balance calculations, so I just need to pick the aircraft, fill in the fuel, passenger and luggage weights, and I get all the values (plus load limit checks) that need to be filled into the pre-flight documents. (In the example below input fields are marked with a blue background, there is a red warning that the take-off mass and moment combination would be outside of the safety limits – in this case the centre of gravity would be just a bit too forward and moving the luggage to the rear bag area would solve the issue -, and a green confirmation that the baggage is within the limits.) Nice and convenient. I also added each aircraft to the database of SkyDemon, with not only weight and balance, but proper flight performance data too, so I could also use that for the weight and balance calculations and flight planning in the future (when we get to the point of cross-country and navigation flights). 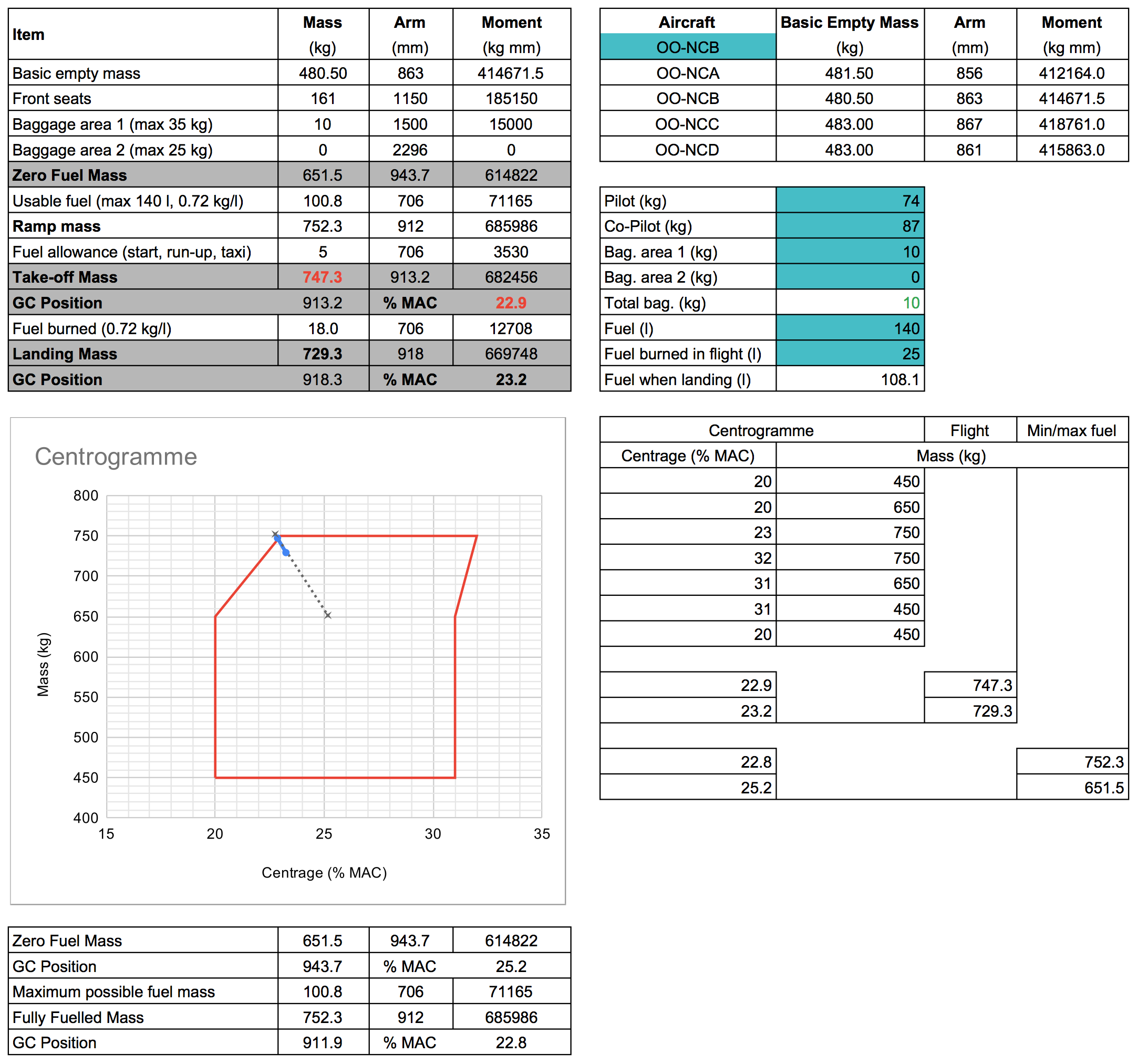 The second flight (see log on the map below) was much more proactive, I did the full pre-flight checklist (including external checks), taxiing (movement on the ground), and even the take-off by myself. Then I did again some straight and level flying out of the control zone, followed by climbing and descending (attitude-power-trim and power-attitude-trim procedure) sandwiched between various turn exercises. The landing was still 50% demonstration, but my instructor said that next time I would have full control, since I am doing so well :) 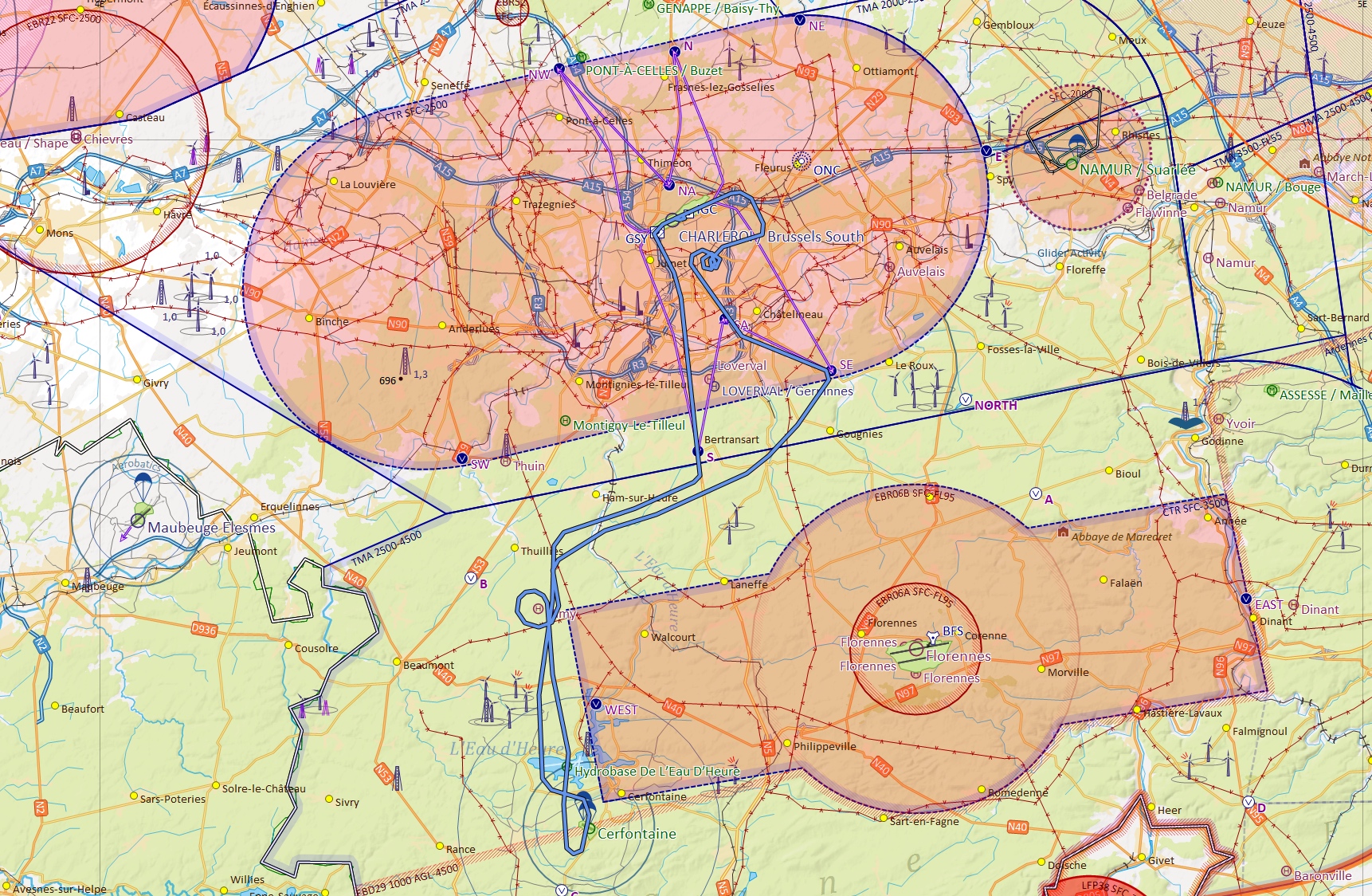 I wanted to install a GoPro for the third flight, but winter got in the way, so this will have to wait, but soon I will give some insight to the cockpit too. Looking forward to my next flights!