This spring (and summer) turned out to be very different than planned, due to the global coronavirus pandemic. Just a few days after my last flight lesson, Belgium went into lockdown, working from home became the new norm, and social distancing undoubtedly established itself as the word of 2020 in an instant. Luckily (or rather thanks to the hard work of scientists, health care personnel, and the willingness of politicians to listen to these groups) we managed to flatten the curve before the health system got overwhelmed, and we are basically done with the measures as even bars and restaurants reopened two weeks ago, and since last Monday international travel is also allowed again. As the virus is still present, and there is no vaccine yet, it seems like life will have to go on in a quite different way compared to how things were used to be before Covid-19, with face masks and keeping a safe distance whenever possible.

While we had no physiological or financial issues (I can work as well – if not better – from home as from the office, and there is enough work to do), mentally these weeks (especially early on) were really not easy. In the beginning my hypochondria was messing with my head way too much, causing large swings in my mood and productivity, which got better only by limiting my news intake, and when hospitalisation numbers finally started going down. Initially I could not even fully enjoy my occasional bike rides outside because of my bad mental state. Luckily individual cycling (and running) was always allowed (and even encouraged), because I am pretty sure I would have gone really crazy without that… But holiday plans (including the so thoroughly planned and booked Trans Pyrenees ride) had to be cancelled (and everything is was too uncertain to start making new ones), we could not go to restaurants, there were no flight training, Liverpool FC was halted on the way to their first Premier League trophy, and I was not even allowed to drive to the Ardennes for a ride :( Mainly 1st world problems, but still, a big negative change in everyday lifestyle is difficult no matter the baseline.

After the initial shock, we slowly got used to the new situation. The exceptionally dry and warm weather (average temperature of my rides in April was 20.2°C, which is several degrees over the historical average, and this April-May was the driest April-May in Belgium since the beginning of measurements) definitely helped by creating plenty of opportunities for biking (and since I work 4/5th as of February, I have more free time in general in any case). 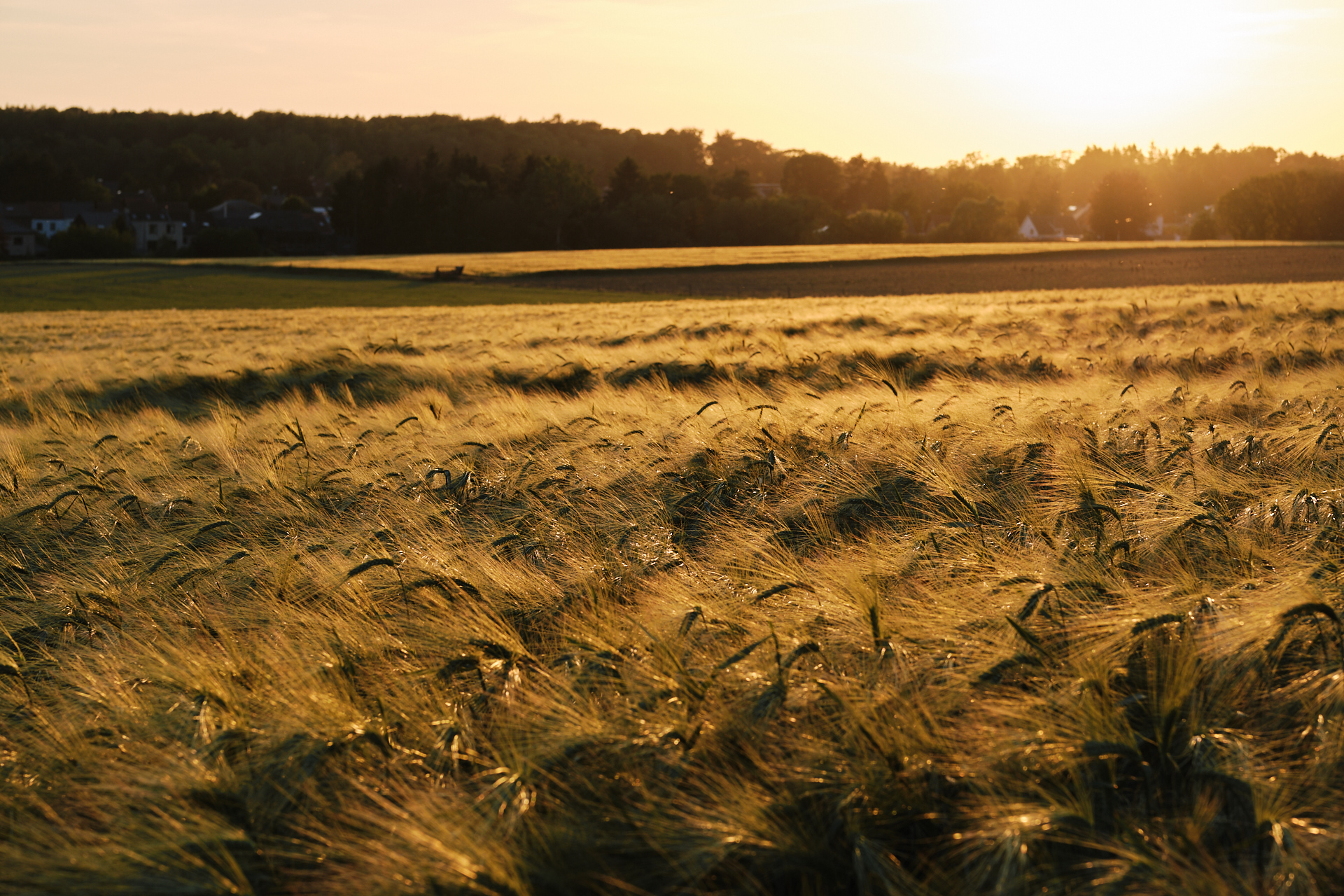 So while my big sportive goal for 2020 suddenly disappeared, I still continued with the training that I started at the beginning of this year (wanting to get my earlier cycling fitness back, and simply wanting to do something else besides sitting in front of the computer). I tried to keep my rides interesting by always picking a different route (while avoiding the busy paths along the waterways), and by participating in small challenges on a few selected road segments. After my burnout last year, I really enjoyed being on the bike again, and I tried biking without looking at the numbers most of the time (so biking for the good feeling, and not to achieve a given amount of kilometers a week or month). Even though I try to not not concentrate on the plain numbers anymore, having completed all main monthly Strava challenges (bike more than 1250 km, with more than 7500 m elevation gain, and including at least one 100 km ride) in April and May, and even getting a few KOMs (back) is something I am happy about (plus it seems like my cycling fitness level has just reached its all time high too). I have also visited some new places, like the spiral bike path looping through the trees and the bike path crossing a lake (in a way that the road is under the water level while your eyes are in line with it) in Limburg, or the geographical middle point of Belgium, and the West side of Brussels. The open road (or gravel path) was also the only place where I could meet up with a few friends when it was already safe to do so, and some of the best rides were these social evening spins just before sunset. I expect that now that flight training is restarting I will bike a bit less, but as we are allowed to take the car to ride somewhere else since last week, I hope to get back to the Ardennes and bike further away from Leuven more often in the coming months (which already started with a nice outing to Luxembourg on Sunday). 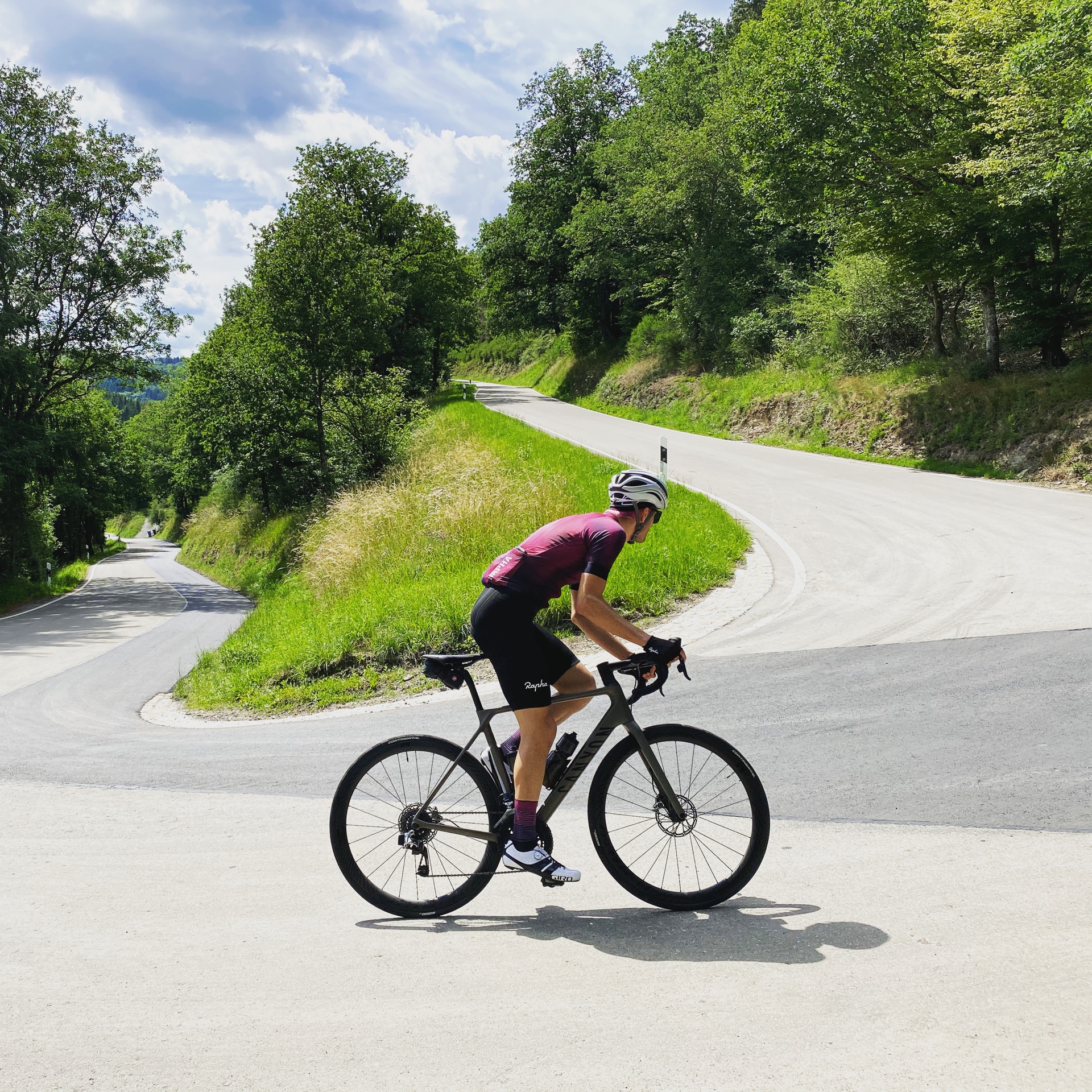 I have been riding with my beautiful steel bike too a lot (already more than over the whole past year), not only because it is a very nice bike, but also because I had to miss my Endurace for two weeks… The reason: the frame broke under me (where the front derailleur hanger is screwed onto the seat tube), just 500 m from home, but luckily without me crashing. Fortunately it cost me only 120 EUR to get a brand new replacement frame (instead of 2600 EUR which is the actual price of a new frame), as the bike was still covered by the 6 year guarantee of Canyon.

Work went also quite well the past months, as while coding gets boring sometimes, we have been in the news a lot (among others in the VRT, in De Tijd, in De Standaard, in the Knack, and for example with an article in the Verkeersspecialist) thanks to the traffic monitor that I set up using Telraam data, comparing the measured cars, heavy vehicles, cyclists, and pedestrians to the pre-Covid-19 baseline on a daily and weekly basis. I think one of my biggest achievements is getting uncertainty intervals into the national media :) [As this is the wet dream of any data scientist, isn’t it?]

I think it is safe to say that our numbers became the standard when referring to traffic beyond the highways network. I could write a full paper about this, but I will spare you of the boring technical details (here). It’s enough to say that we tracked the initial fall and the slow and long return of traffic on the streets, and we have also seen how strongly leisure oriented cycling correlates with temperature and the absence of rain. Nothing fundamentally surprising, but scientifically sound, precise measurements of our everyday lives and habits, on a level (geographical extent, various modes, temporal resolution, and precision) that has not been done before.

My PhD student (whom I co-supervised the past years, even when I was not working at the university anymore) has defended her thesis, and while for the internal examination we could still meet up with the whole jury in person (followed by a nice dinner), her “public” defense was the first virtual defense at the department (and also the first PhD defense at the Institute of Astronomy of the KU Leuven that is now on YouTube). It went really well (of course), and having a sip of champagne and a piece of chocolate together with her (and my former) supervisor was a nice moment afterwards, even though nobody else could be present. As illustration of a perfect supervisor-student relationship, we both got each other a LEGO to build (and – unrelated – Clio also got me a really nice set to cheer me up when I was feeling really down, which we build up together on a less sunny weekend).

While I could not fly in real life, I spent quite some time (and that is a clear understatement) to create a very precise model of the airport of Charleroi for the flight simulator (X-Plane 11). Instead of listing all the features here (but it has a hand-crafted terrain model, extremely precise markings and lights, taxiway signs, and even some custom 3D models – which took me back to SketchUp after quite some years -, including the iconic first floor facade of the passenger terminal), I will just link the download page of the scenery for the curious readers. It has been very popular among fellow simmers, it is currently within the 20 most popular scenery downloads of the last month. It feels pretty much like the real thing, it is a shame that I can not fly with a Sonaca 200 in the simulator (and making a plane is a bit more complex than making an airport, so no thank you), that would really help in practising some flows and procedures. Sometimes I really hate my perfectionism, because I keep finding things to improve upon, which on one hand is something I like to do, but on the other hand it takes time away from actually just using the scenery.

Finally, for the rest of the lockdown news, we have seen the “train” of Starlink satellites on the evening sky (and even recorded the view), and also managed to find a game on PlayStation that we can sometimes play together (Minecraft Dungeons). Two weeks ago on Friday I was finally back in the air (then last Saturday too), so expect some flight training related posts in the near future (since I can barely think of anything else than flying since then).