2014 was a great year, not only because of the nice holidays we had (which I still need to blog about…), or the papers I published, but also because I did more sports than any year before (a total of 350 hours of cycling, running, and a tiny bit of hiking). Before jumping into numbers and figures, let me review the main events.

Cycling: First of all, I bought a mountain bike – which was even stolen and found once since then (thanks again to the police and the people who spotted the suspicious activity) -, but so far I have not ridden it as much as I planned to (only 261 km in 7 rides). But it is very nice to ride through the forest with it, so I am happy with the purchase in any case. 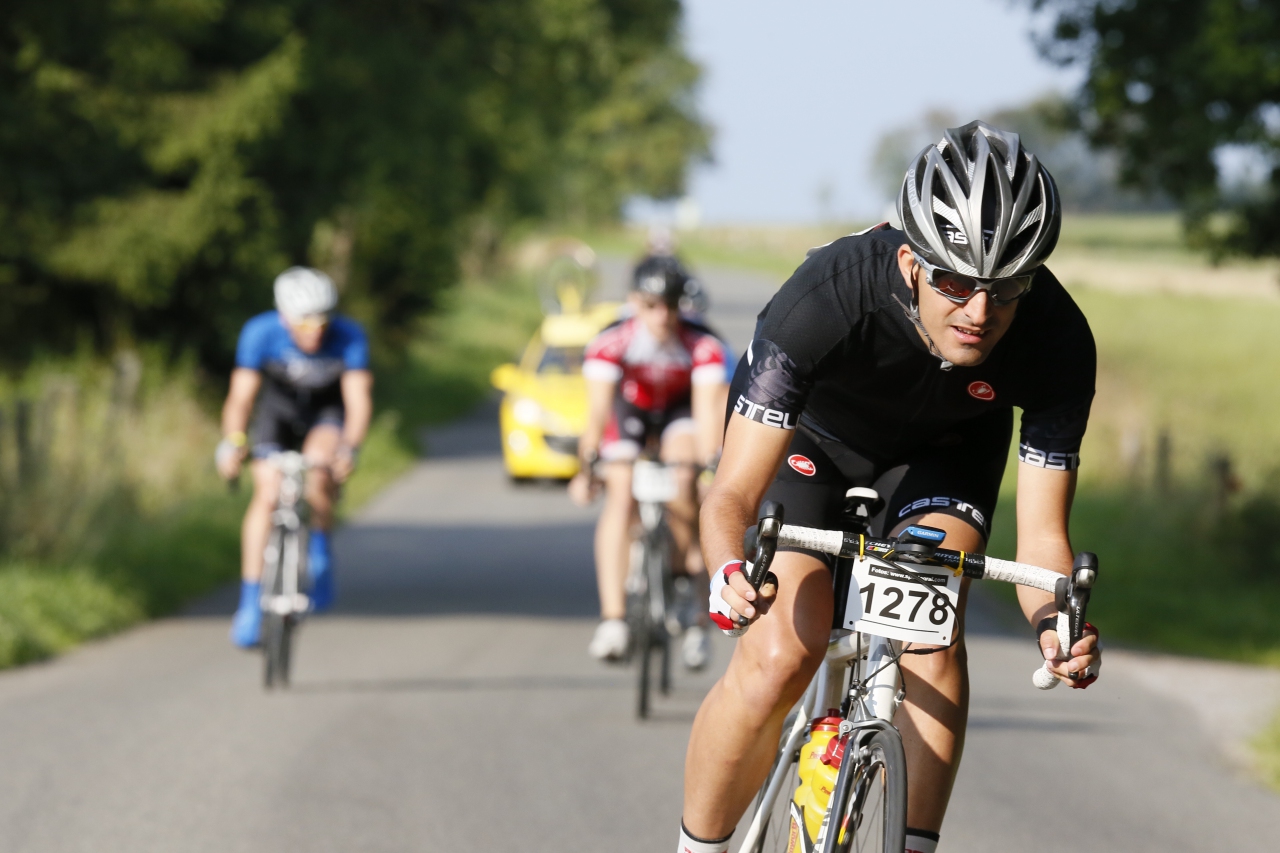 On the road bike, I had my longest ride ever (both distance and duration wise with 313 km in 10h 34m, see it on Strava for more), riding from home to the Belgian coast and back with several members of WTCOOL. Luckily, the route was totally flat… It was a great day, and we even had energy for a sprint along the channel around the 300 km mark. Crazy times :) I also had my heaviest week on the bike thanks to the holidays (a.k.a. training camp) on Mallorca with 962 kilometres, 9939 meters of elevation gain, and 34h 52m in the saddle, which meant that at the end of the week I was in the top 10 of Belgian Strava users! This of course made April my best month ever too (1532 km, 11371 m+, 53h 53m). Later through the year I participated in the 24 hours of Zolder (138 kilometres with a nearly 40 km/h average speed) and had a few nice organised rides in the Ardennes too (e.g., see picture above), with great company. All in all, this year saw me transforming from a lonely cyclist to a social cyclist. I still do solo rides, but it happens more and more often that I have someone else to ride with even at random times.

And then for the raw numbers:

Here is a distribution of biking activities through the past years: 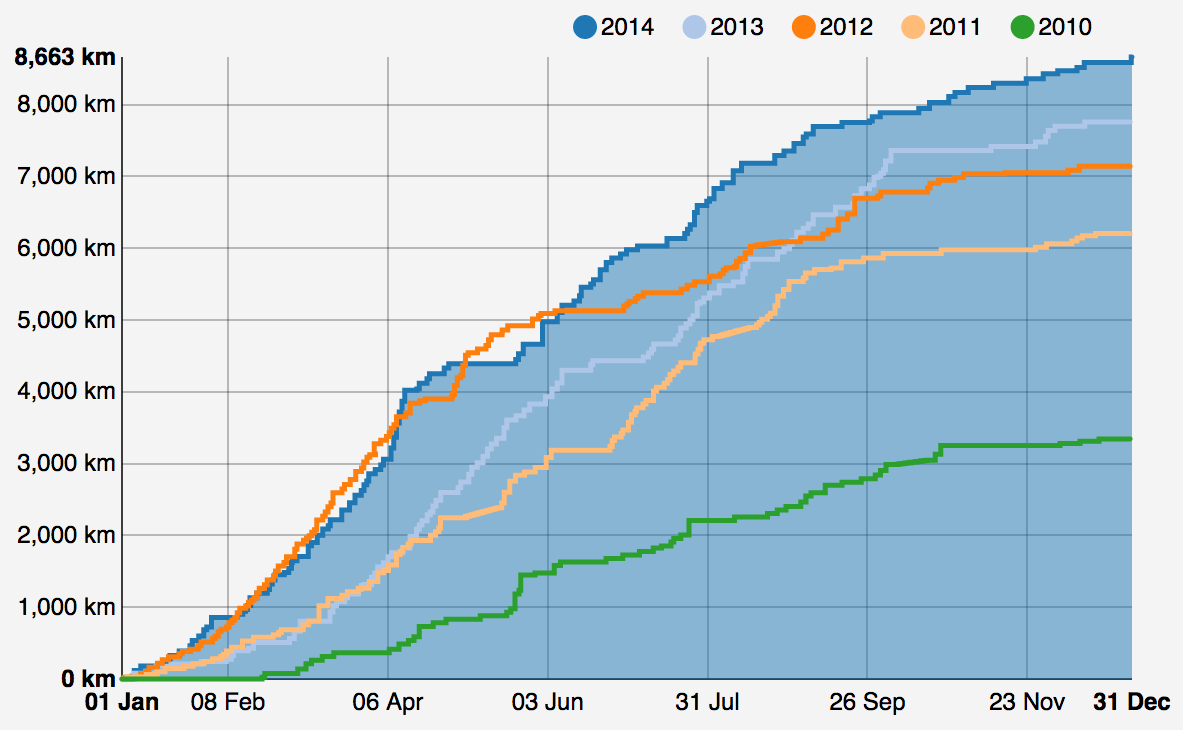 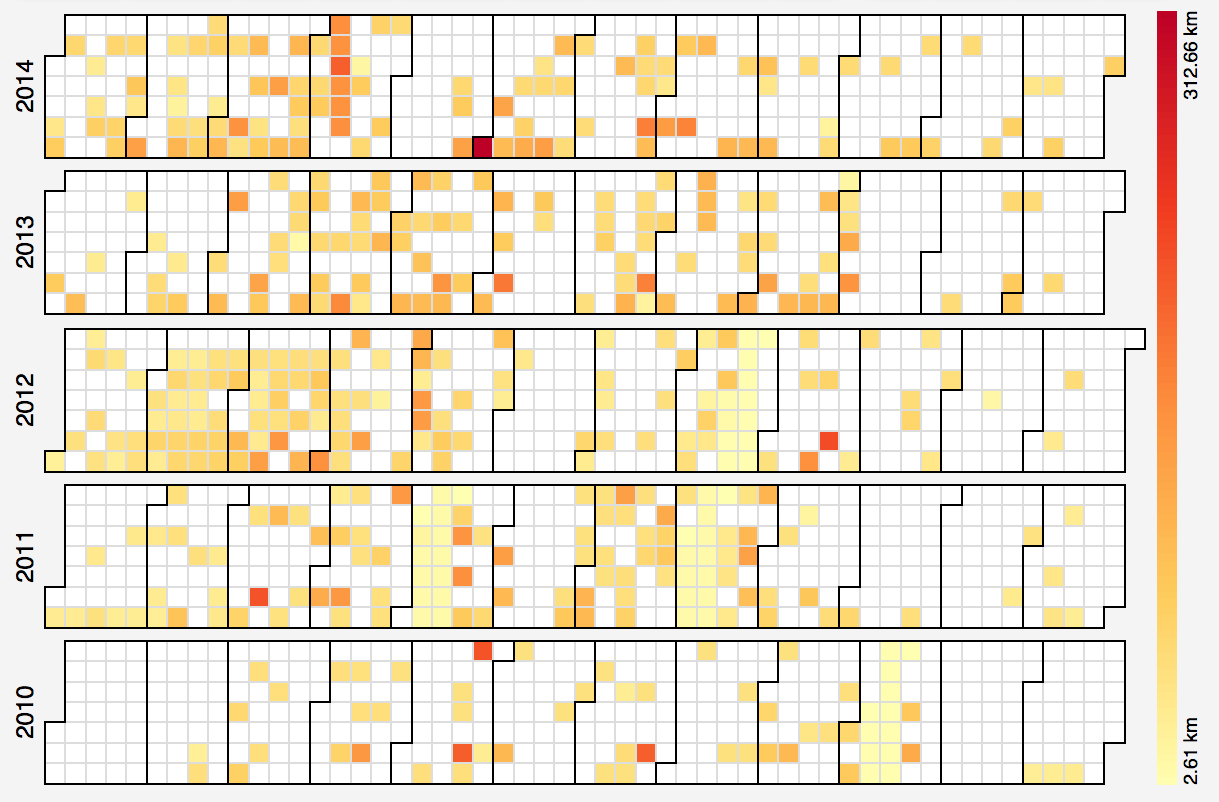 Of course the speed is pulled down a little by the mountain bike rides, but I am not making a full table for all activities here. Also it is clear that leading up to Mallorca I did a lot of training, then took it easier afterwards, and there is a big gap visible in May, since while I was observing in Chile, I did not do any sports… Looking at the geographical distribution, besides Belgium I also biked in Spain (Mallorca), and for a few kilometres in Holland. Here are the covered roads (zoomable version on Strava): 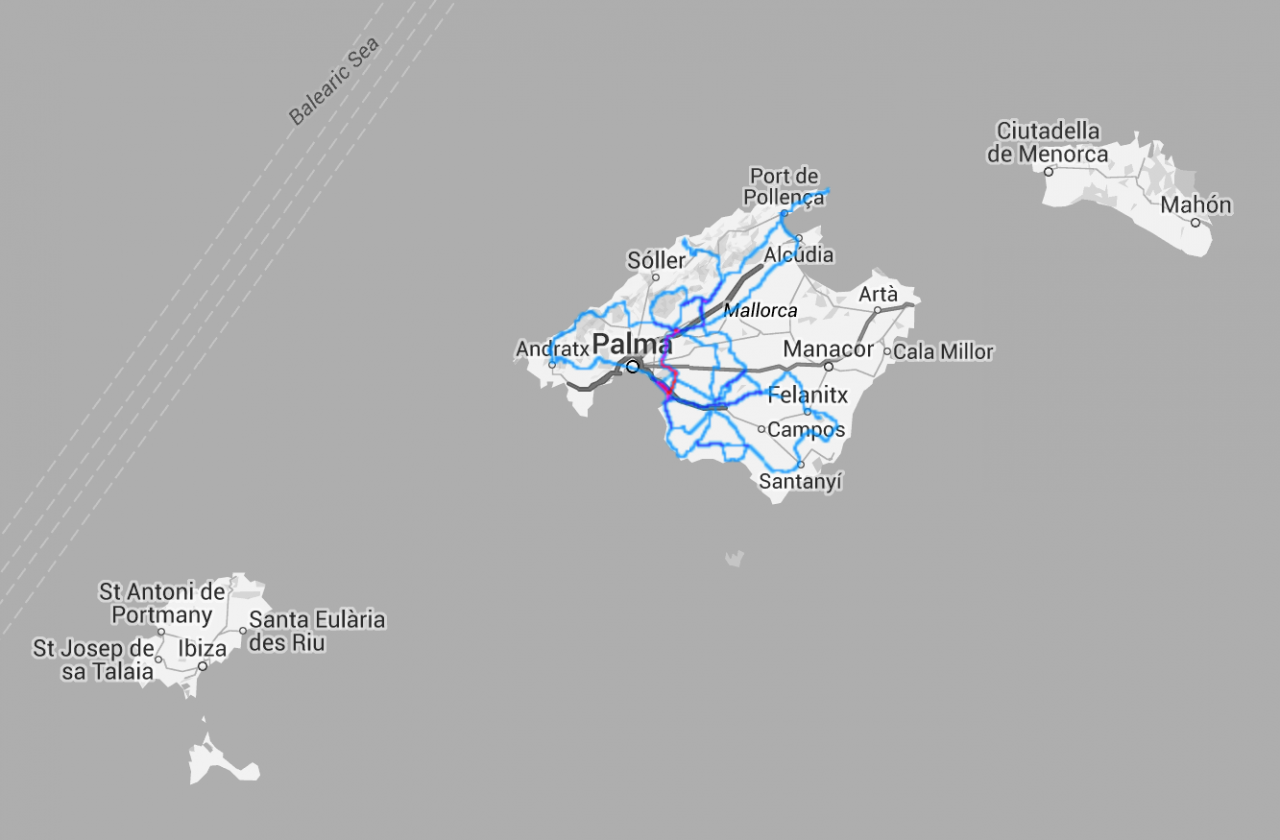 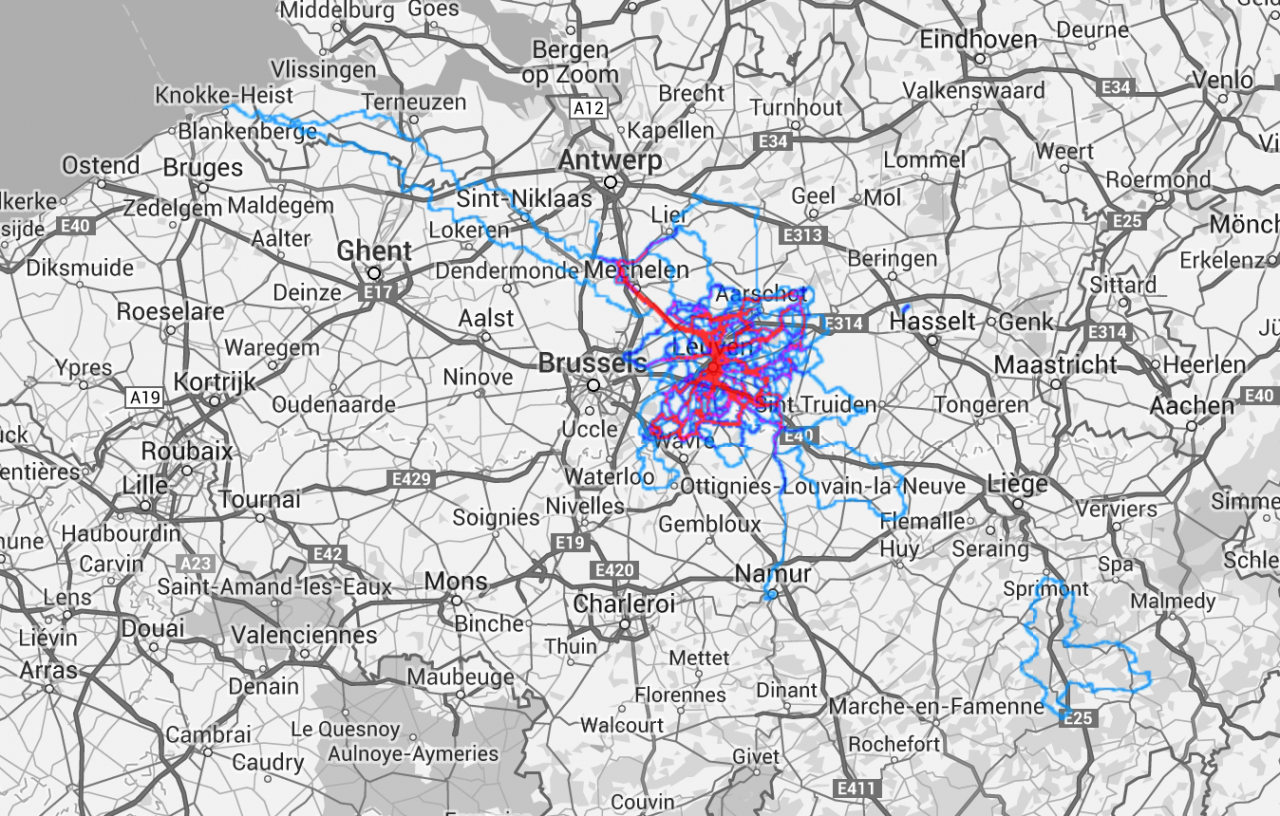 Running: This is the first time I am writing about running beyond simply mentioning it (if I remember correctly), but by now I can not avoid admitting it, that I am getting more and more fond of it. I never really liked running, and before I picked it up as cross training for the winter at the beginning of 2013, I actually literally hated it. I have never had trouble running after the ball (I played handball for three years during high school, than a few years of floorball during my University studies and the beginning of my PhD), but running just for the running itself was really never my thing. I remember participating in an organised run (probably 2 kilometers or even less) around the age 6 (and I guess that was my parents’ idea), but that was it. I always hated the yearly two Cooper tests (running for 12 minutes) in school, and in general, I never understood how can anyone enjoy this…

Then, as already many times with other physical activities before (long distance hiking, cycling), technology had a big part in making up my mind. (I just need a gadget, and then everything is all right.) During the last days of 2012 I decided, that I need something to do when the weather is just too miserable and/or it is too dark to go for a safe training ride. I needed something I can still keep track of (preferably on Garmin Connect/Strava), so I pretty much ‘decided’ I would like running from then on (or that at least I would do it for the training, even if it sucks – at least it takes less time and preparation for a similar effect than cycling). I bought a running GPS (Garmin Forerunner 210), some running shoes (Nike Zoom Structure+ 16), and then I started running. I started easy, following an online training plan, building up from 5k runs (short for 5 km runs, but runners fancy the short version for some reason) towards 14k, which I managed already after a little bit more than two months. Of course I had a generally very good physical condition because of the cycling, but normally an unexperienced runner should not raise the distance so fast, because it will lead to an almost certain injury. I still did not like running that much, but it was nice to be able to do some sports even in the snow (and that winter was snowy until very late). Then as soon as the snow melted, I also pretty much stopped, except for a run here and there (Sydney, Rhodes) on conferences. I did the same during the first two months of 2014, runs between 5 and 12 kilometers (also during holidays and work in Grenoble and Geneva), but as soon as the weather turned fine for cycling, I stopped again… 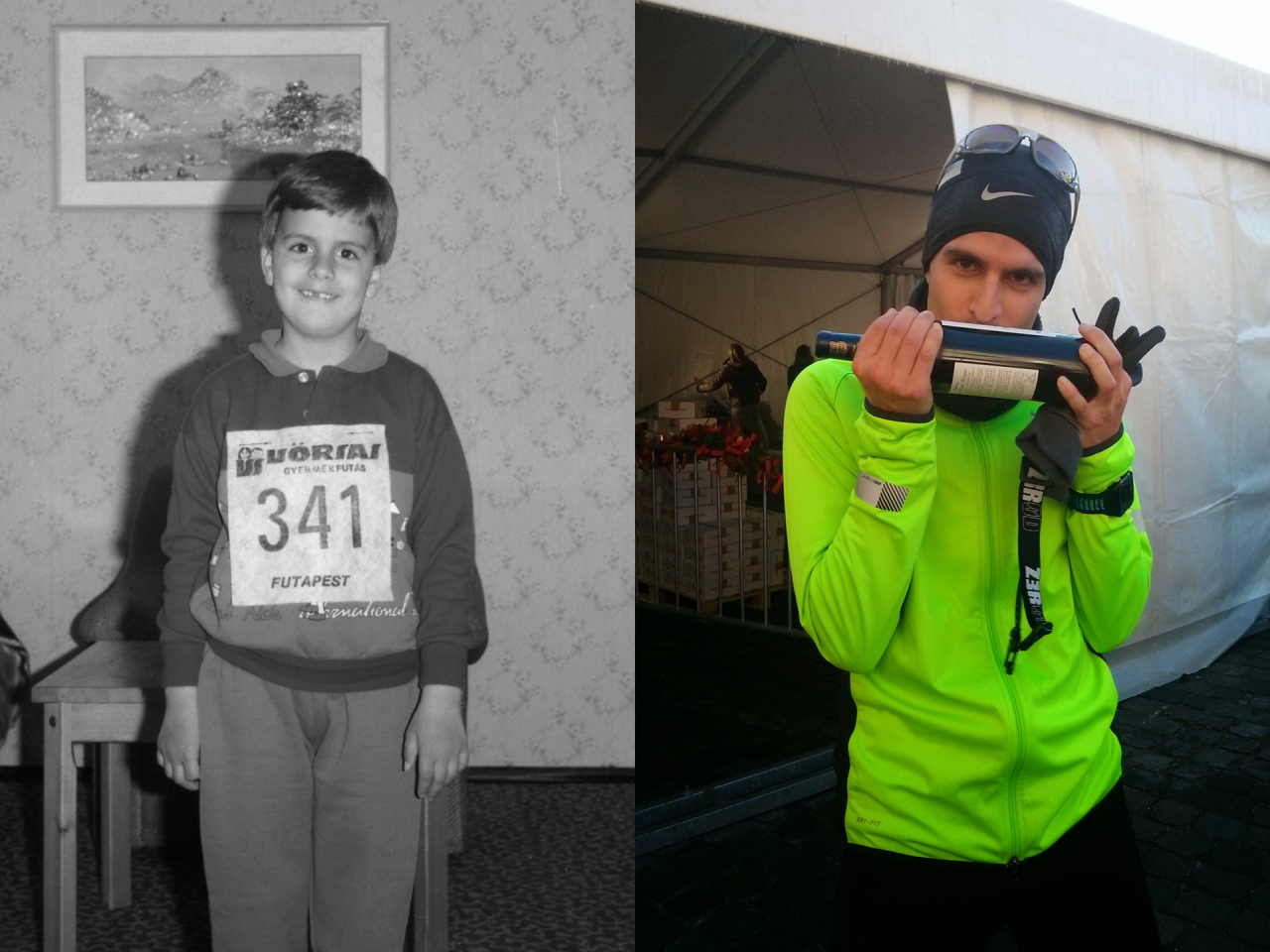 I think the biggest change came this autumn, when I started running again, but this time – beyond keeping my fitness level a bit higher during the winter – with some actual goals in mind: namely, running a half marathon, and participating in the annual end of year run in Leuven. Staring from October, I was running 2-3 times a week, first on La Palma at 2300 meters, then most often at work with my colleagues, mostly through the forest, and as my body get more and more used to the running, I started actually enjoying it. Since after one point I was not constantly suffering, I got time to just enjoy being outside, a bit more like how I enjoy cycling. Running is much nicer when your mind is not too busy about dying on the spot. Of course I run for the achievements, the feeling of accomplishment, the instant nirvana which a well executed run delivers. I feel exactly as it is written/drawn in one of the great Oatmeal comics here. (Of course this stands for cycling too.) And with the fun, and a new running GPS (Garmin Forerunner 920XT), the results also came: after raising the distance week by week, I ran my first half marathon on the 27th of November through the forest with two colleagues (it took a little bit longer than two hours, since one of the others were a bit sick, and we wanted to do it together, as we did all the training together). It was a great feeling to accomplish something new. Then soon afterwards I did a solo half marathon after work into the evening with a headlamp, where I improved my time to 01:51:29 (5:17/km), which is a nice PR for the future to improve on. Then after training even during the Christmas holidays in Budapest, I participated in the first running race since that Kids Run back in the previous Millennium: I ran the 12k Eindejaarscorrida of Leuven in -4°C, and finished 597th out of the 1965 participants. Not only is this a top 1/3 finish, but I also broke all my previous best times on 1 miles, 5 kilometers, and 10 kilometers with an average pace of 4:43/km. For me, this was a really amazing result, and I was extremely happy after the finish (but during the run too). I even ran home afterwards. It was indeed a great year of sports. I hope 2015 will not disappoint either!

Activity distribution for the previous years, and the map for this year around Leuven (not showing runs outside Belgium, for that, click here): 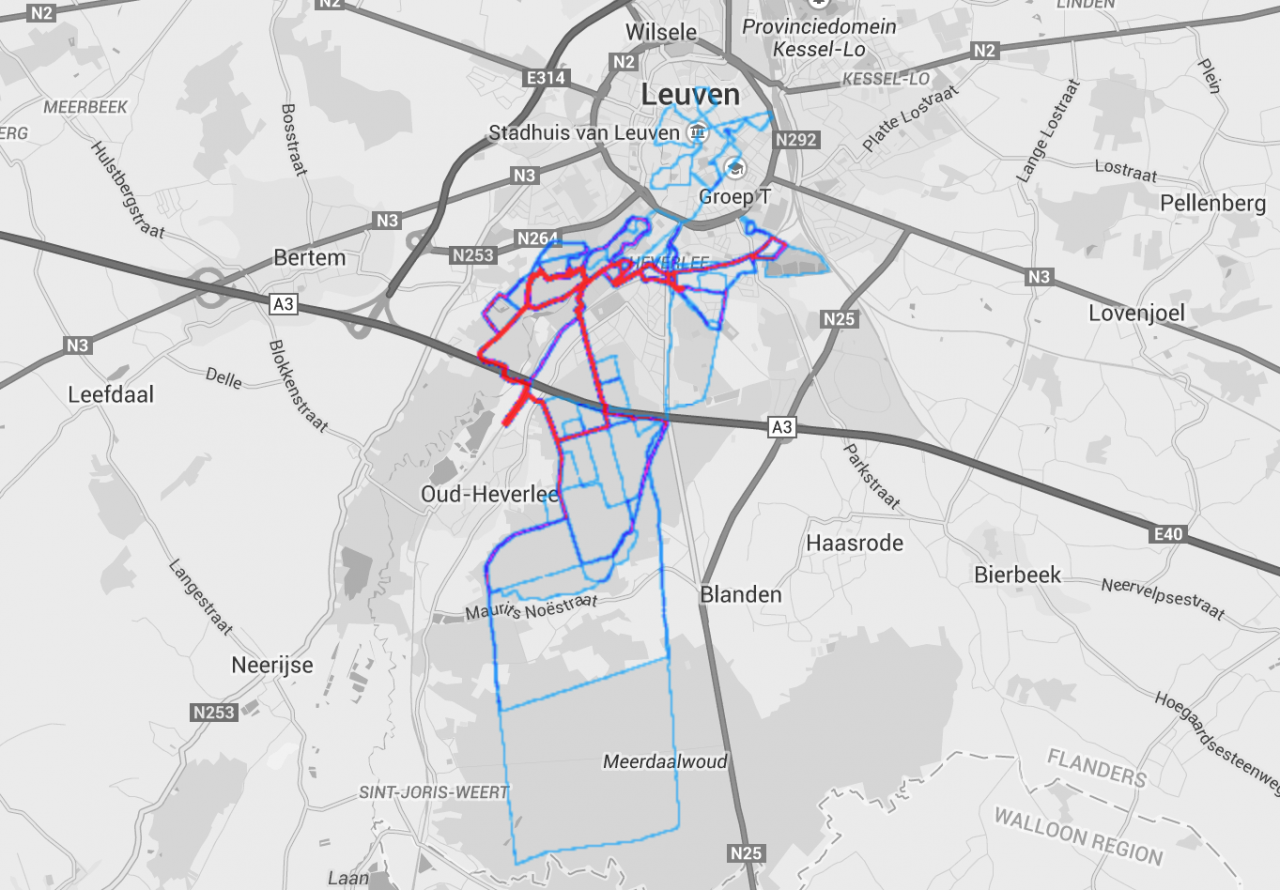