2016 was the first year when my total mileage did not turn out to be a new personal best, but it was still the second year in a row when I managed to cross the imaginary 10000 km line (quite easily), and – most importantly – I had a lot of fun on the bike. The high point of the year was undoubtedly the Trans Pyrenees ride with Willem (which almost single handedly made June 2016 my highest elevation gain month ever), there is really nothing that could come close to that. Honourable mention is given to the 263 km solo ride to the coast which is my longest solo ride to date. I also got a cyclocross bike.

The raw numbers for my cycling – without the daily commutes of course – in 2016:

And now it is time to look at some maps and figures. Let’s start with the maps of cycling I have done this year. 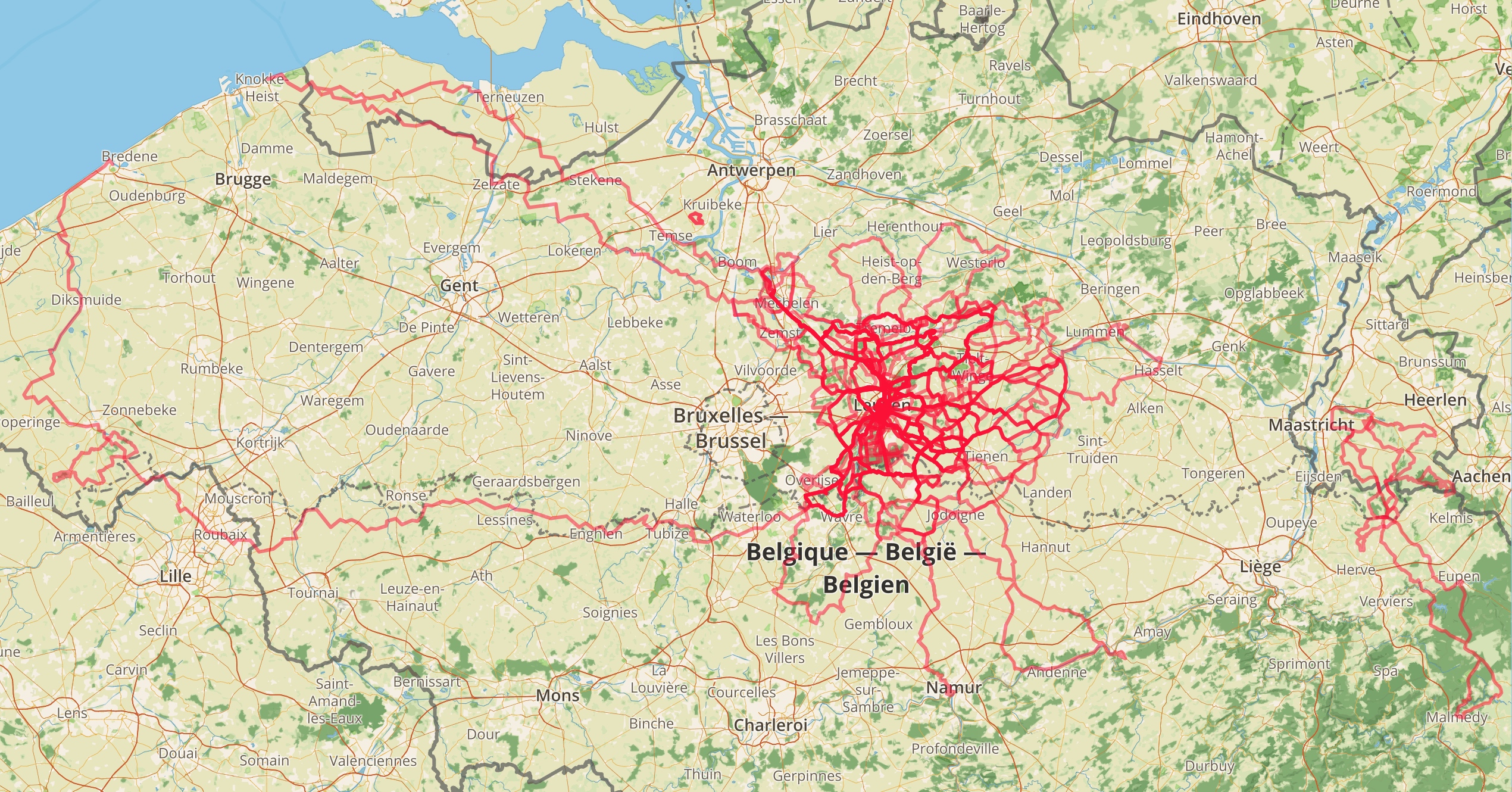 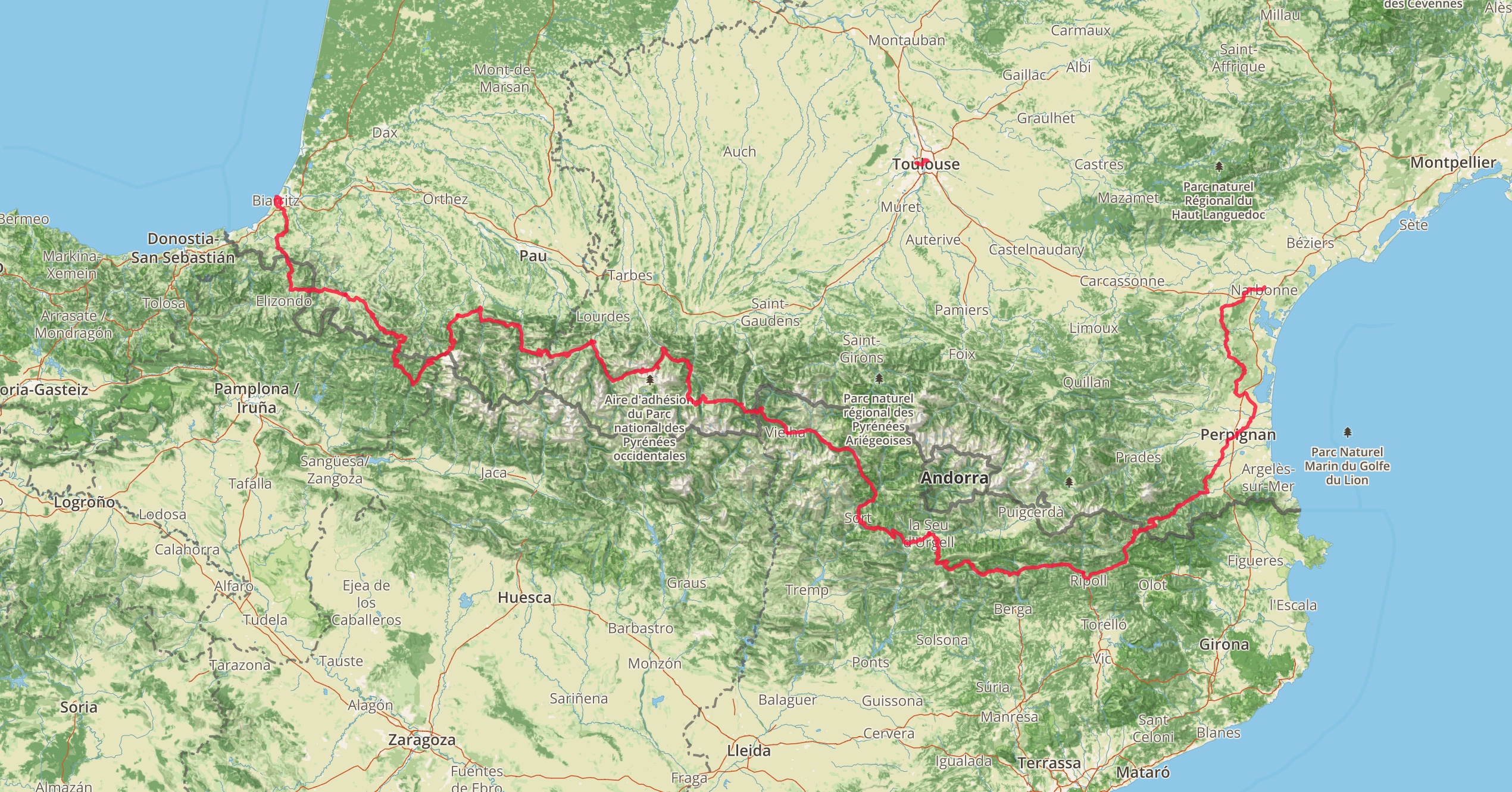 Out of the 133 activities, 72 rides were done solo, while a large percentage of the rest were predominantly Squadra Tornado group rides. In this sense, this was my most social year on the bike so far. My most common partner in crime was unsurprisingly Willem, with whom I rode together 47 times (a total of 146 hours in duration). Here is a summary table of the rides by bike.

I also did some running (120 km) and hiking (38 km), adding up to a total activity time of 401 hours, which is halfway between my numbers from the previous two years. I would be happy with the same in 2017 for sure. 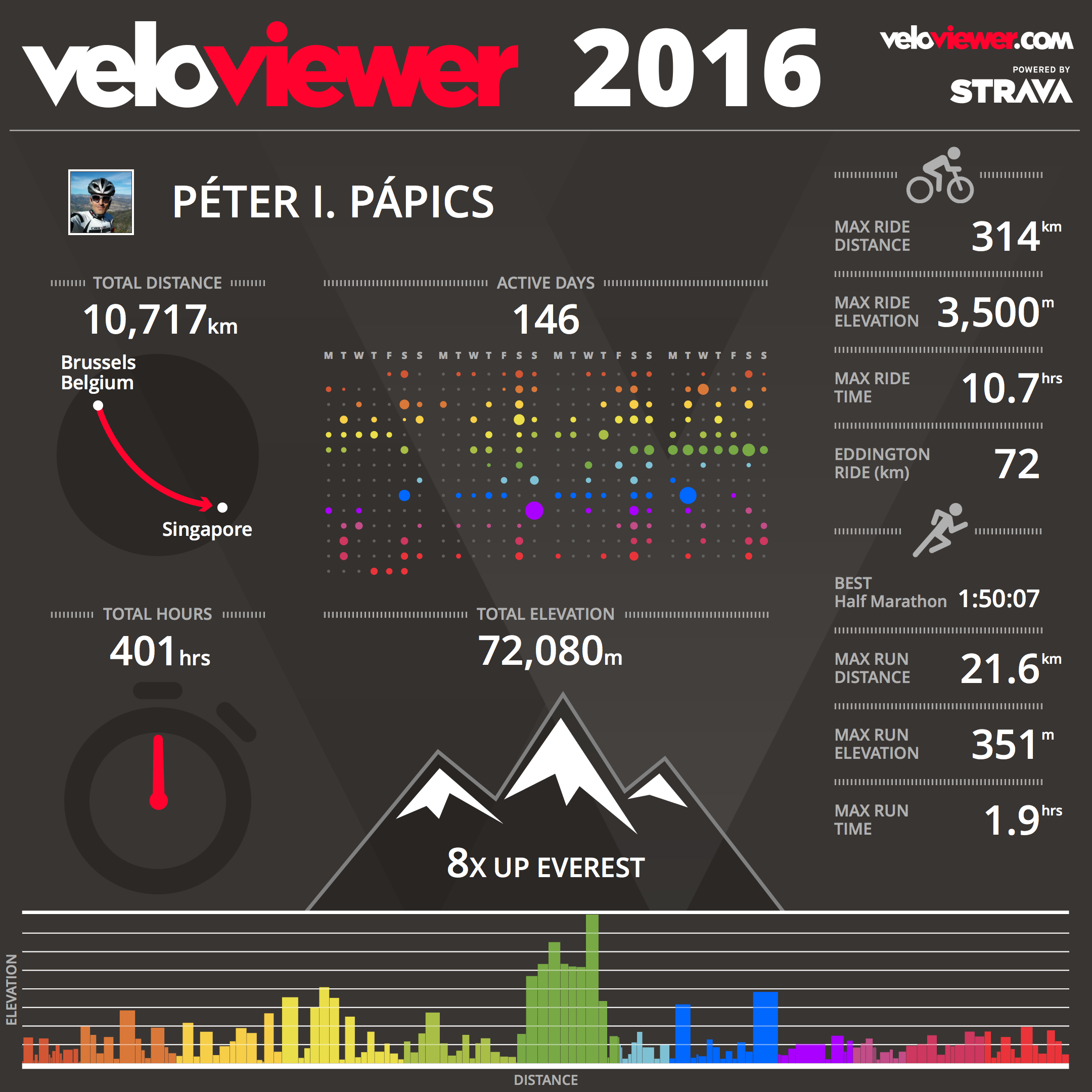 At last but not least, here is an overview of my yearly progress (in kilometres, including running and hiking too) throughout the previous seasons. 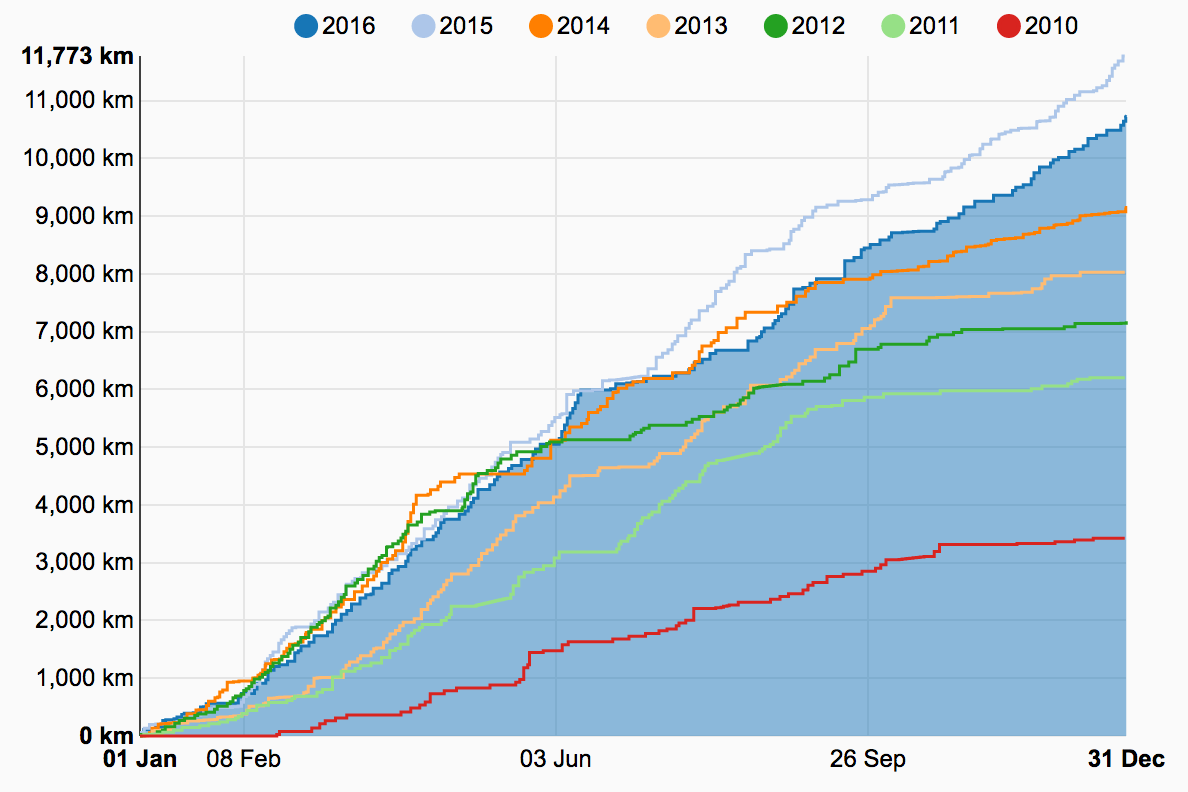 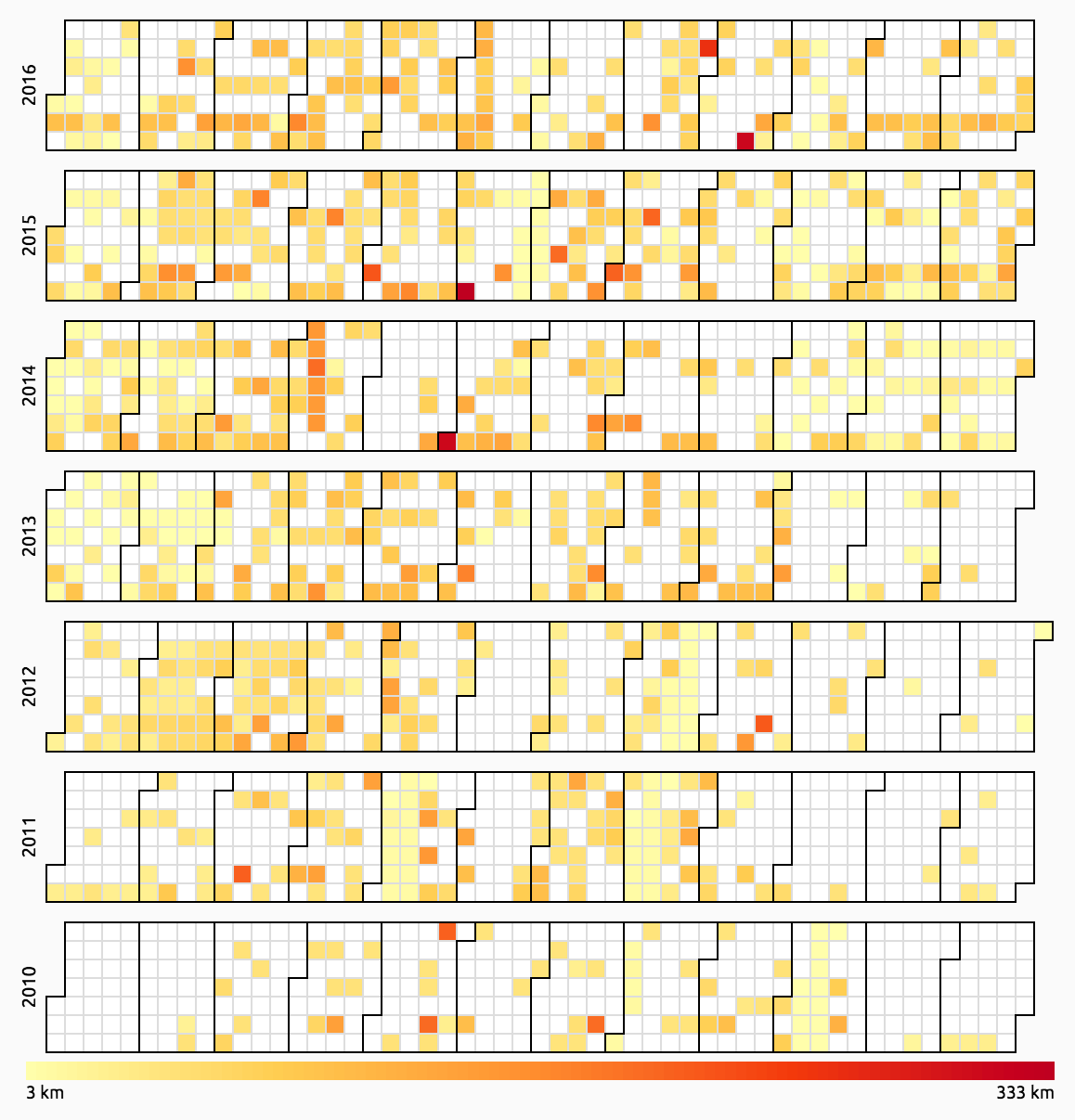