As expected the winter months were – to put it mildly – not really optimal for flight training, so between my last flight on the 12th of November and the end of February I only got to fly twice (first on the last afternoon of the year, and then once in January).  But then the weather finally turned better, and I put exactly 10 hours into my logbook between the 26th of February and the 23rd of March, starting with passing my navigation progress test, and then going on three solo navigation flights, with the last one being the required long solo cross-country.

Now I have 54 hours and 12 minutes in my logbook (13h 24m as PIC – pilot in command, or simply put: flying solo), and only three flights (two trainings and a final progress test) remaining before my PPL checkride (the practical exam). “Unfortunately” I still need to pass the theory exam(s) first, but thanks to all the bad weather earlier this year, I have finally ticked off every module on the online learning platform, so it is only a matter of going through the theory books once more and then I will take care of that (plus there is also an English Language Proficiency exam too, but that should be a formality). But this means that now I need to take the remaining flights a bit slower, otherwise I will run out of flying before I am actually allowed to do the checkride…

Recently I added an extra GoPro to the cockpit to be able to include additional camera angles in my training videos (which of course made the editorial work significantly longer), and I finally started using my iPad Mini in an awesome FlyBoys PIVOT mount instead of my phone (for now just as backup, as I still have to use my paper maps for navigation…). Thanks to the popularity of my videos I was recognised by two different air traffic controllers on the radio during my last two flights, and simply by chance I was also photographed by plane-spotters a few times :) 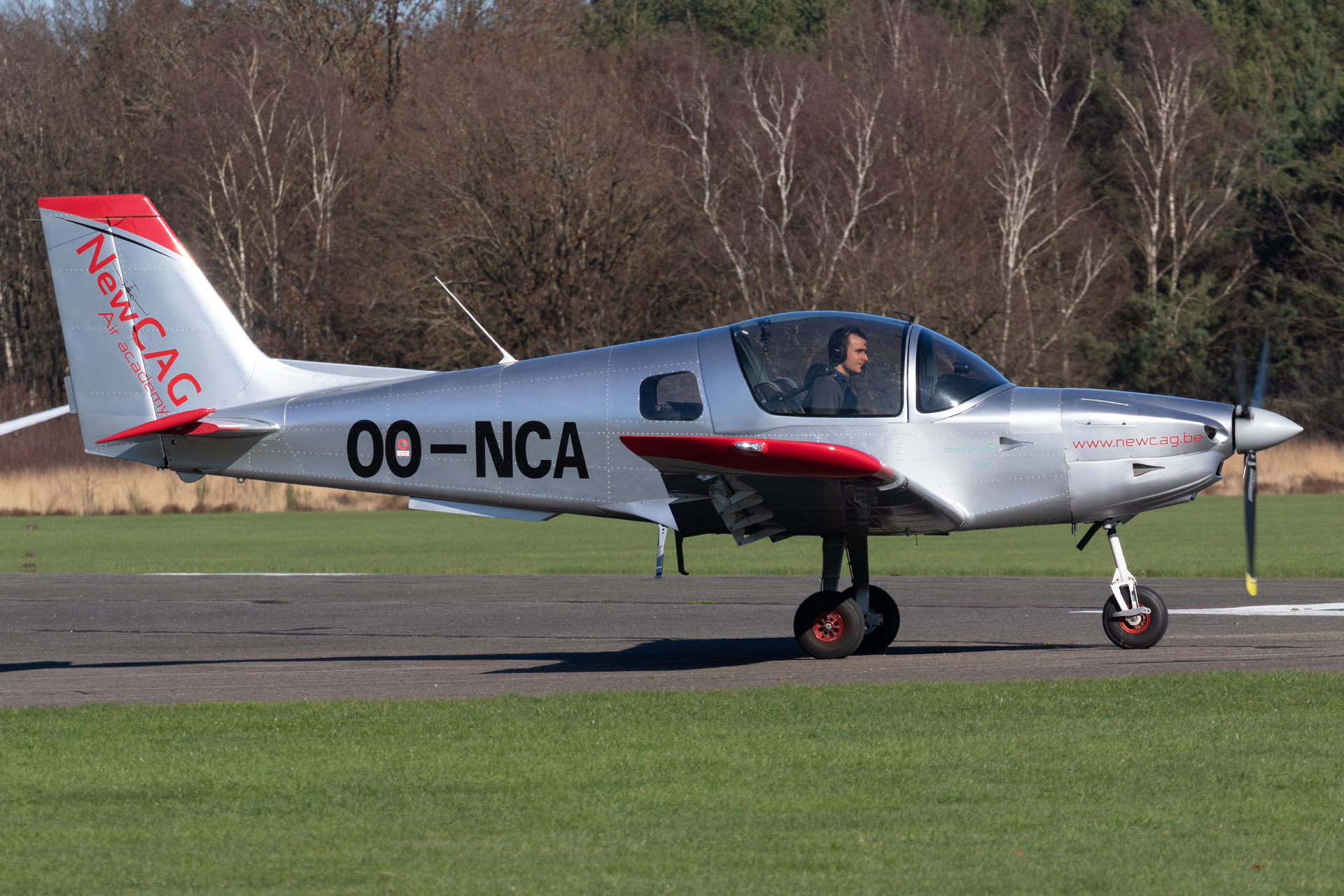 Flight 24: After seven weather cancellations over the span of two months, I finally got to fly again on the last day of 2021. The weather was beautiful, albeit a bit windy, but nothing too bad so I could do another solo session. This time I stayed at Charleroi, and I only saw my instructor for five minutes for a signature, before I was left alone with the plane.

It was the first time I did a solo session without flying with an instructor first, so it was also the first time I started the plane and did the run-up unsupervised. It really felt like being a real pilot in command. The training was great, I got to fly both right and left hand circuits, I had to orbit a few times, and position myself in sequence on approach multiple times. At one point I was even asked to make a full stop landing before being cleared to take off again (to avoid the wake turbulence of a departing commercial jet), which I have never seen before.

END_OF_DOCUMENT_TOKEN_TO_BE_REPLACED

I think it is about time that I make another summary post on my PPL flight training (also to prove that this blog is not dead yet). Those who follow me on social media are well aware that I have been flying again since the end of the summer, but it might be still useful for some people to be able to find some information about the training flights here too. By now I have exactly 40 hours in my logbook (including 1h 18 minutes in the DA42 simulator for IFR introduction), and 108 landings (22 of which were done solo). I am getting more and more confident in the air – of course mainly because of the growing amount of flight time, but I am convinced that always re-watching and analysing my trainings plays a significant role too. Learning to fly is very much like learning to drive: at the beginning you need to pay attention to every small detail, and as time goes by, more and more tasks are being automatically handled by the brain – basic flying becomes a reflex -, and you have more time and ability to pay attention to specific details, for example to refine your crosswind landing technique.

The cockpit of the Sonaca 200 really became my happy place, and I am always looking forward to the next trainings. I just need roughly 1.5 hours of extra solo time, and a progress test navigation flight (both are basically formalities at this point), and then I will be allowed on my first solo navigation! With the looming typical bad winter weather it might be difficult to make that solo navigation before Christmas, but it won’t take to much time now. I still have also quite some theory to study, so I have plenty of things to do even if I can’t fly… Here is a list of my flights since my first solo back in 2020:

Flight 16: After a few weeks of no flying (mainly bad weather cancellations), my instructor decided that it was time to make a small jump and instead of continuing with touch and goes, do the first navigation flight. Actually a large part of this training was the pre-flight briefing itself, which included a long presentation about navigation, flight planning, weather, maps, calculations, the flight log, etc. Then we made the plan for the flight together, I got to use the classical analogue flight computer for the first time to calculate wind correction angles and ground speeds, and only after all of this did we go to the plane. It was a pretty straightforward route (literally), we flew almost directly South to the airport of Charleville-Mézières (LFQV), where I made two touch and goes (one normal and one flapless), then we flew back to Charleroi. I had zero issues with the navigation, mainly because 1) I love maps, 2) I have studied the route in advance in Google Maps, 3) I have flown the route in advance in X-Plane 11 with ortho scenery, so I had plenty of opportunities to find good visual references, 4) my instructor handled the radio outside of EBCI CTR so I would only need to concentrate on flying and navigating, and finally 5) the weather was really nice and clear (but quite windy), so it was really easy to find the reference points from far away.