Although I had a feeling it was not the best idea, I got dragged into a race after coming back from Mallorca by Stan and Tijl… Of course I was curious if I can finally manage to survive a real Flemish koers, because one and a half years ago I already failed once miserably, although I was in an incomparably worse shape back then… Now after months of hard training and a week on Mallorca, with much more experience on the road bike, I was relatively optimistic, so I set the goal of finishing the race for myself, hoping that it was within reach. Tijl drove me to the start in Hoeleden, I was very nervous, but I still felt OK. Then the other competitors started to arrive, mostly with really fancy (expensive, light, and aerodynamic) bikes, some of them came with small teams, so I felt a bit worried and afraid of the competition… Still, I did some good warm up, tried out with Tijl how to take a bottle from his hands while riding with 40 km/h, and then went to the start line, still relatively optimistic, looking forward to one and a half hour of suffering, but hoping that I can finish the race with the main group, without being dropped. 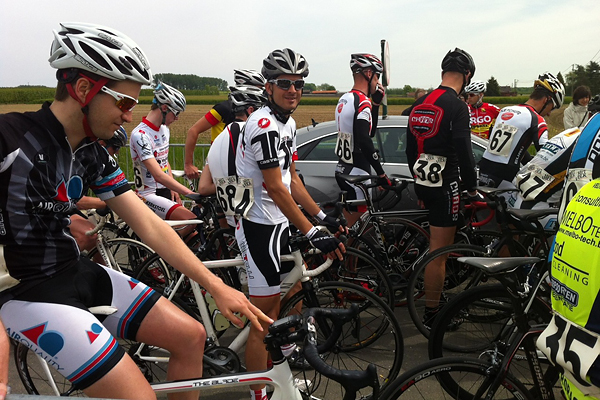 The first lap is always a bit slower, behind the race director’s car, so speed and heart rate-vise it was OK, although I did not feel very good about all the crazy breaking in front of me. Things can get a bit tense when you are surrounded with a 100 other bikers from every side… Then after the first lap, hell broke loose… On the long flat we had a speed constantly above 50 km/h (there was a sleigh tailwind), which was still OK (as for me a heart rate of 180 is still fine, I can take that for more than one and a half hours), but then near the end of the lap, when we got sidewind on a slight uphill section, and the peloton got stretched out into a one biker wide long line, then I could not follow anymore, it was just too much. I was dropped after two laps. But I was far not the first to be dropped. And still, I managed to go another two laps before I was taken out from the race by the director. It could have been much further, if the guys I caught up with would have been more cooperative… But anyway, being dropped from the main group in a criterium race always means it is over. It is just impossible to catch up. Here is the GPS-log of the race.

I was pissed. I was pissed because I really wanted to finish, and even though I felt strong, and I was in a good shape, with a very good fitness level, I did not manage to follow. Ok, I did not do too much interval training this year, but with this much training, I felt very disappointed to drop out like this. And I kind of lost motivation too, I did not feel that I would want to just train more and more and come back next time, I just felt like I do not want this crap anymore. And by crap I mean the racing, not the biking :) I biked home after the race with Stan (who at the end did not participate in the race, although that might have been good for me), which felt good, but I felt hurt inside. It was not physical pain, but mental…

Towards the end of may I still did some proper training, I had a seasonal best (or personal best if you look only at rides without aero wheels) on my standard Leuven-Mechelen-Leuven route, but then I really felt burned out. I need to take a small break, stay off the bike for a while, so by the time I have my cycling holiday on Gran Canaria (starting on the last days of August) I can build up my form again, and enjoy riding again as much as I did in the first 5 months of 2012. I am already at 5130 kilometres this year anyway :) 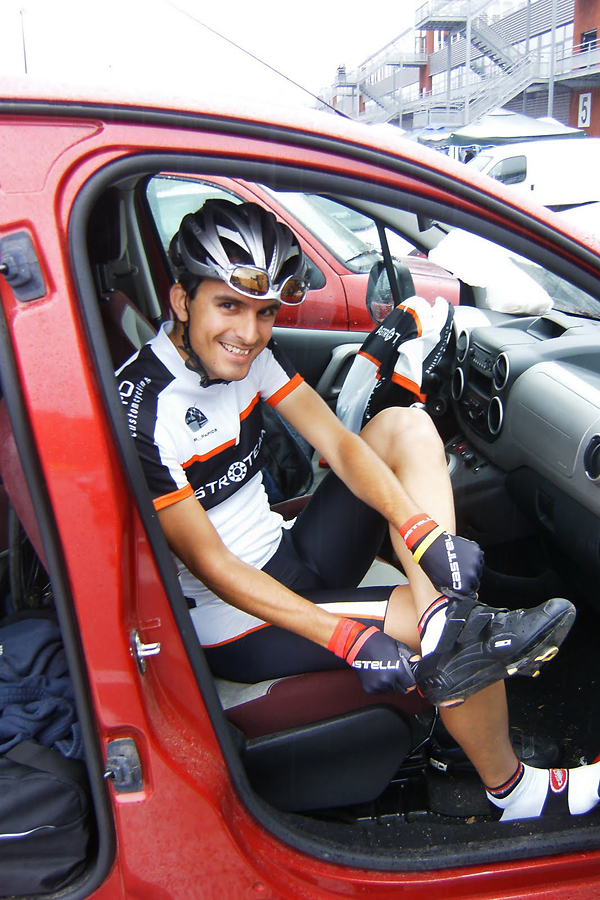 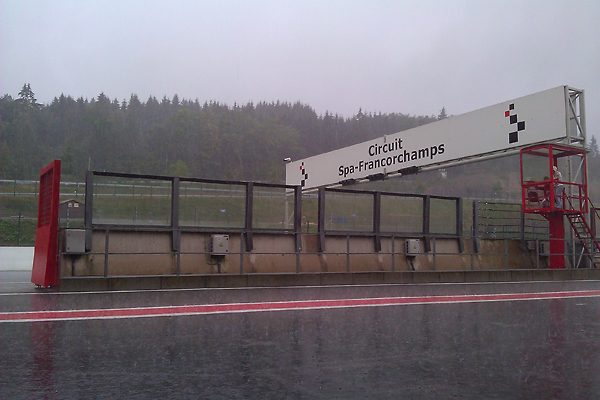 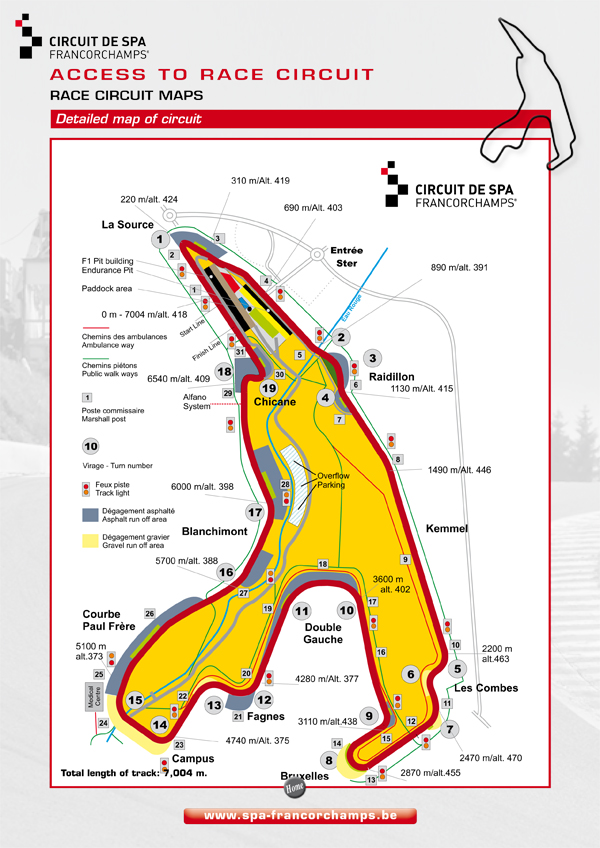 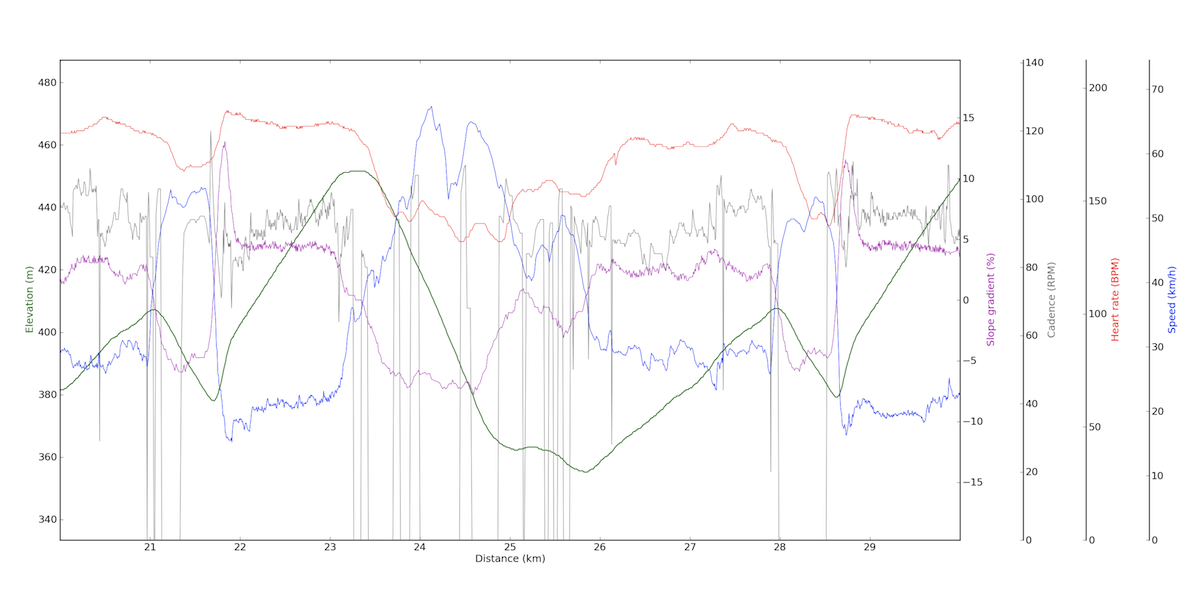 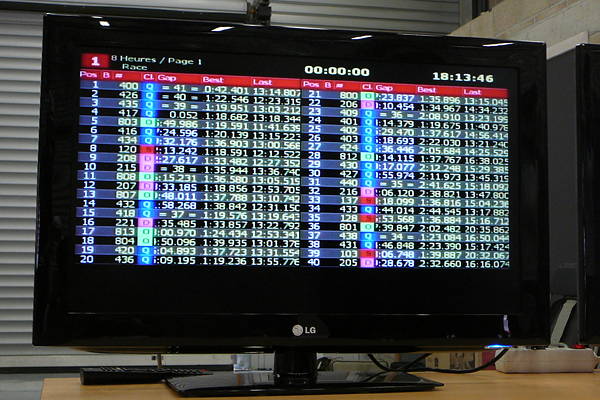 Sunday was the day of the Belgian National Road Race Championship, which was held in Leuven this year (for the first time in history). As this is one of the biggest events (after the spring classics) in the Belgian cycling calendar, it is not surprising, that the preparations and the race itself turned the city upside down. Streets were closed down and endless crowds were moving along the route (17 rounds of 14.2 km) of the race from the early morning (to get the best spots) till the end of the podium ceremony – so basically all day long. The podium finishers were:

For me, this was the best opportunity to test and practice with my equipment (new additions: Canon Speedlite 430EX II flash, a Lowepro Fastpack 250 backpack, and – for the time being – a Canon EF 70-200mm f/2.8 L IS USM lens – thanks to Dr. Stefan Uttenthaler for lending the latter to me for these races) which I will use on the first days of the Tour de France next week. I was there at the start, then from 4 PM till the end I was running around various point along the course. I have to admit I have learned a lot, and I got to know my equipment much better in a quite short time. Of course I made a lot of blurred or out-of-focus pictures (experimenting with focus modes, autofocus areas and exposure times), and images where I missed half of the cyclist (following – or tracking – someone riding with 40 km/h just a couple of meters from you with a big telephoto lens is everything but easy – the lens is heavy, the field of view is small, and the cyclists are fast…), but as time went by, I had more and more good pictures, so I am very optimistic about my future keep-rate (number of images not ending up in the trash immediately) on the Tour de France. (But please pray with me for good weather – ok, any kind of weather is fine, if it does not involve rain.) As soon as I am ready with all the images, I will let you know, but I still have unprocessed pictures from earlier events, so for now, I have only a short photo-report. I have selected images of the top 3 cyclists (look for their numbers above) plus some interesting/nice ones, so please, enjoy! 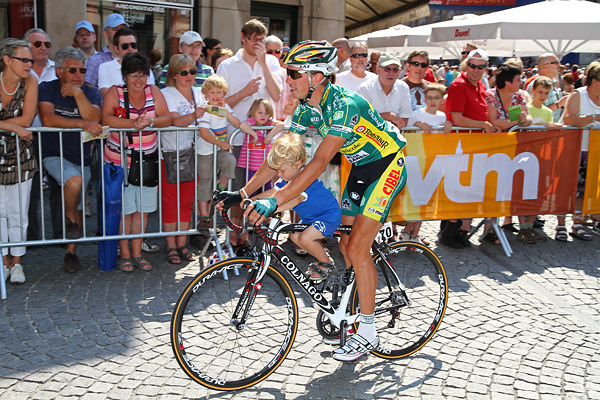 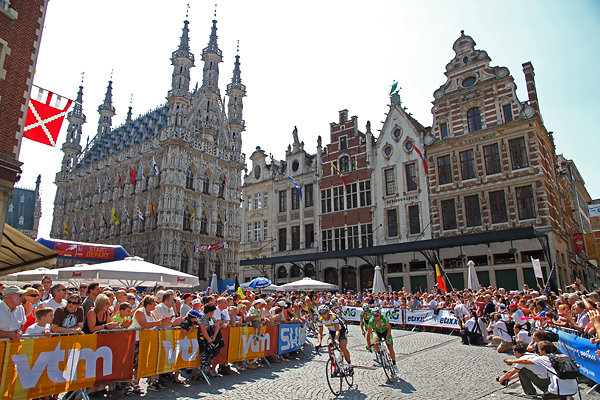 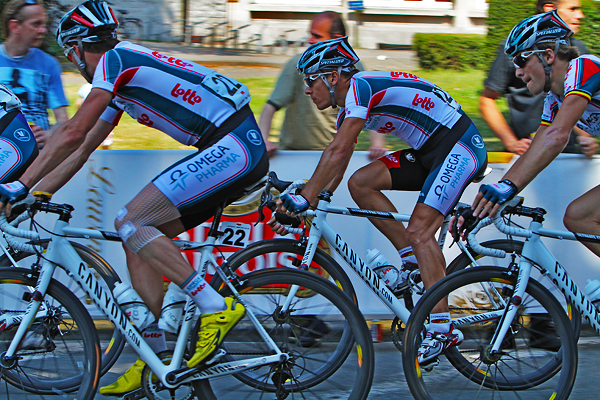 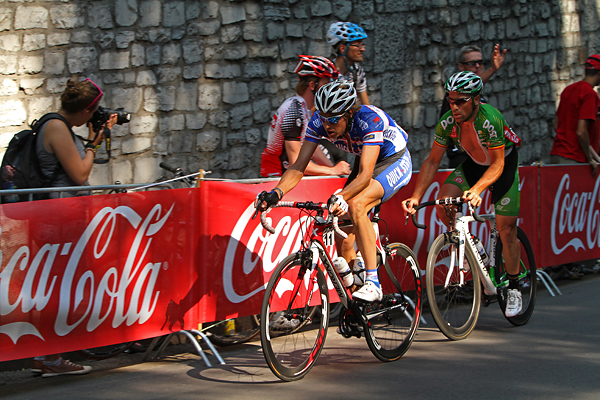 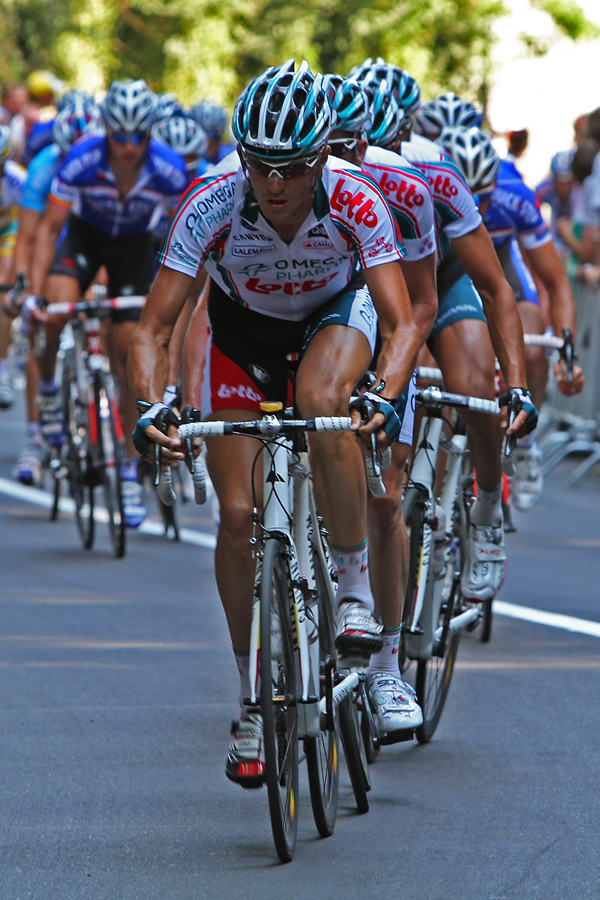 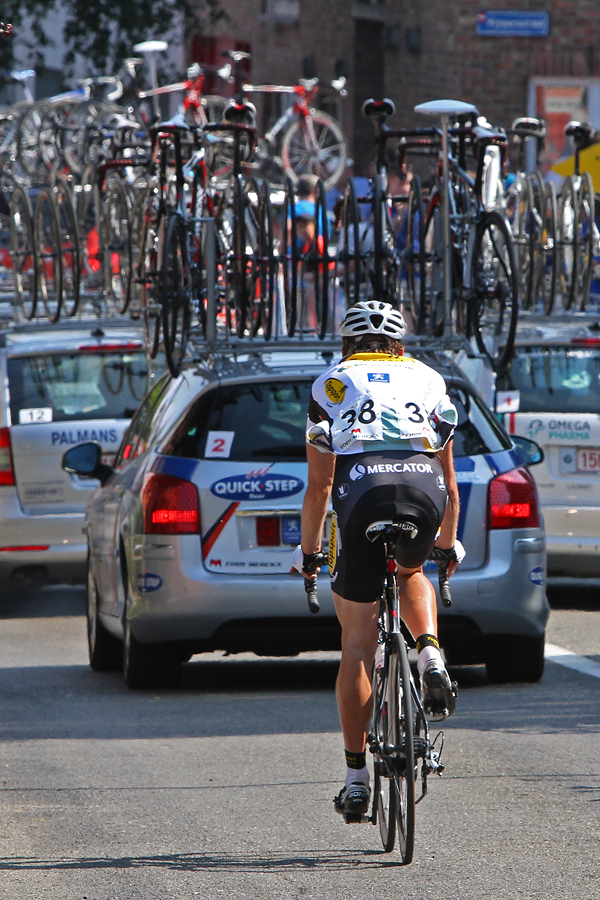 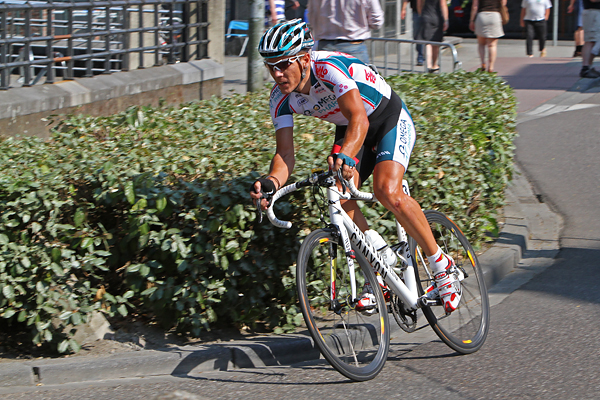 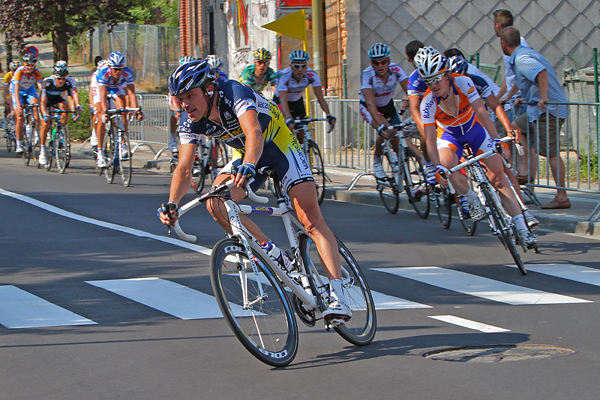 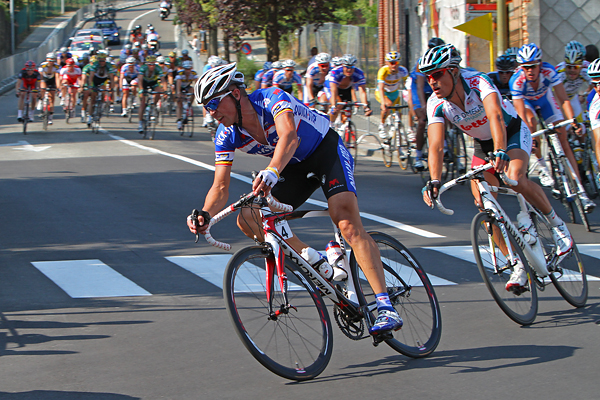 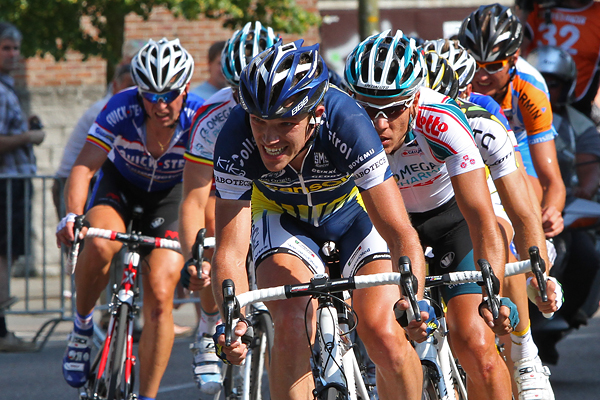 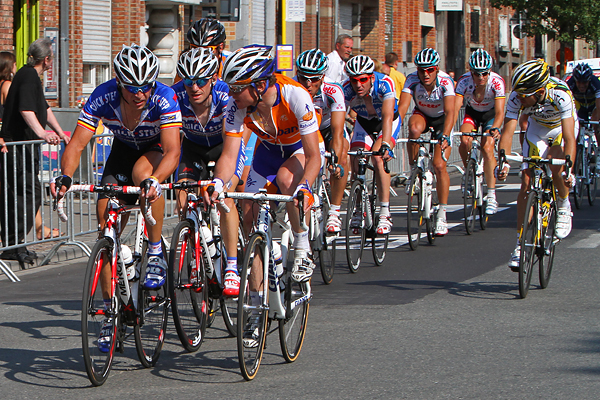 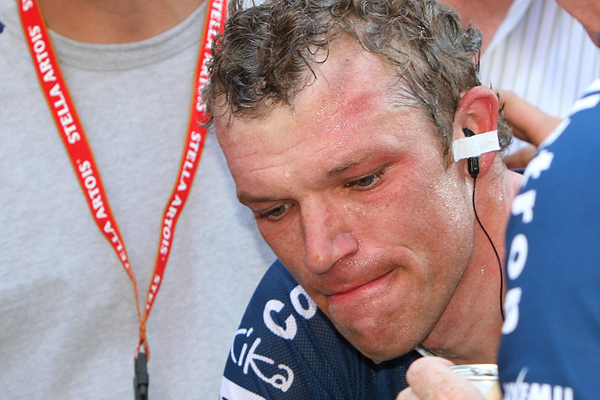 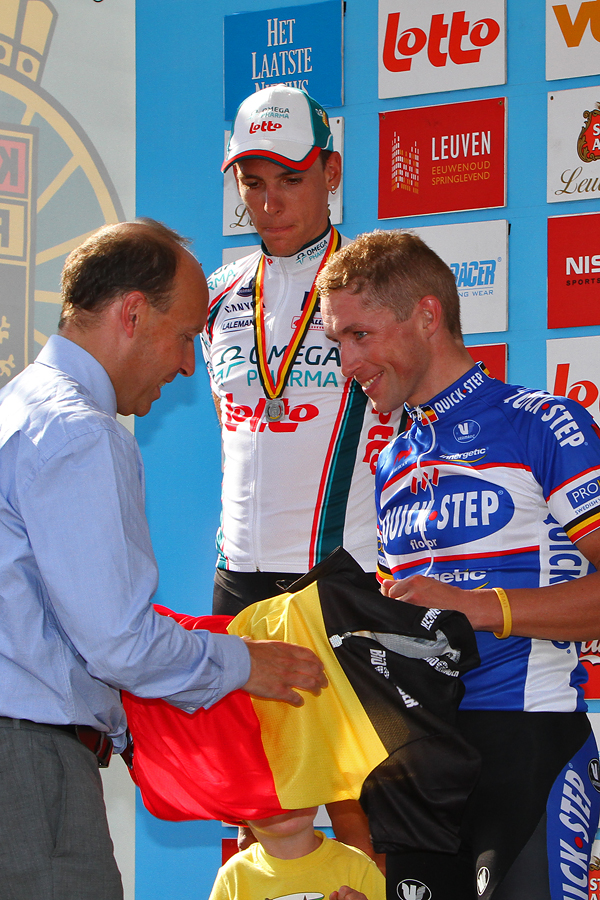 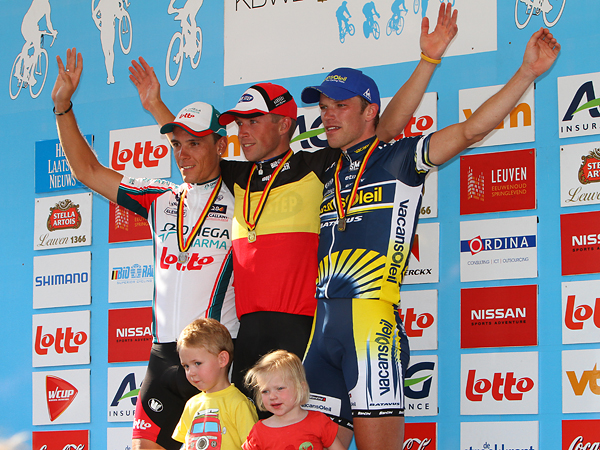 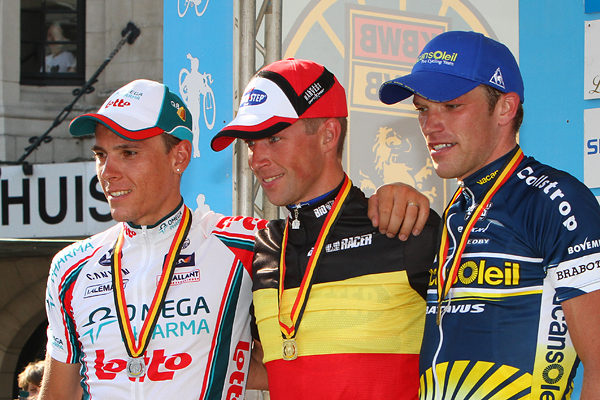