The fourth night was finally photometric, with low humidity (8-20%) and stable seeing, so I could observe the targets from our main program. (Yeehaw!) The start of the night was a bit scary though, as the humidity went up to 86 percent during dinner, but then, in one hour it dropped down below 15%. I have never seen such a rapid change in my life. Anyway, just to show something new, I merged some frames together from the footage of the 3rd night, to create photos with star trails. 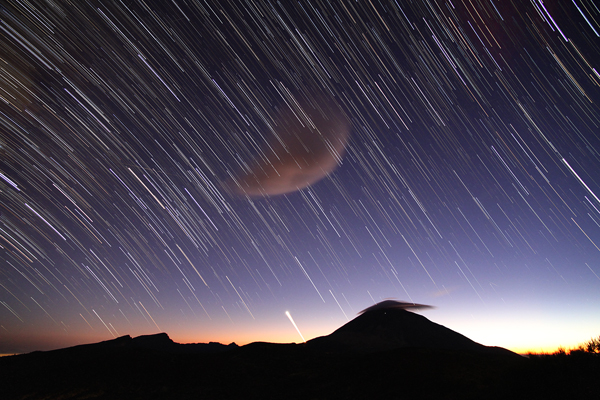 Thanks to the perfect conditions, the time lapse video of this night is probably the most boring one, but it is still quite nice, I think. And if you watch carefully, you may notice a bright meteor just above the Teide around moonrise. Ok, for the lazy ones, and those, who want to have a look lasting longer than 1/24 seconds, I show you the frame with the shooting star. 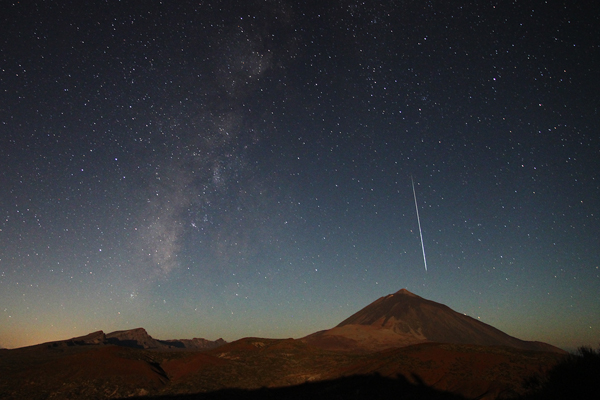 This night is not mine, so I am at the residencia, but I have to stay awake if I do not want to mess up my night/day rhythm. Which you do not want to do in the middle of an observing run, believe me…

Finally, the third night brought good weather over Tenerife. The humidity was still not low enough to have cloudless skies (so no photometric conditions), but what is not good for astronomy, that can be perfect for photography. The clouds at the peak of the Teide were amazing. 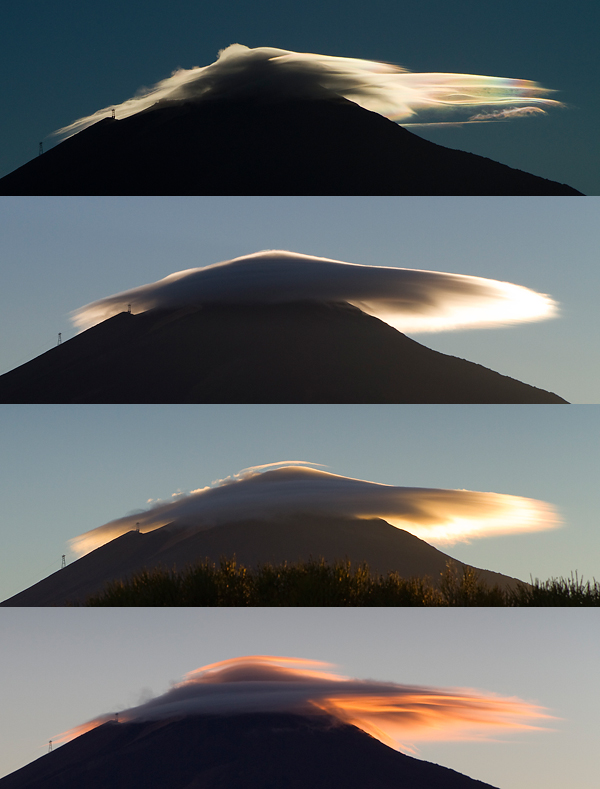 And as the sunset came closer, the colors and shapes kept changing continuously. Then – as almost every day – the shadow of the volcano was again visible over the sea towards Gran Canaria as the Sun moved below the side of the mountain. Yes, what you see below is the shadow of the mountain’s slope (the dark rays from the middle towards the top right)! 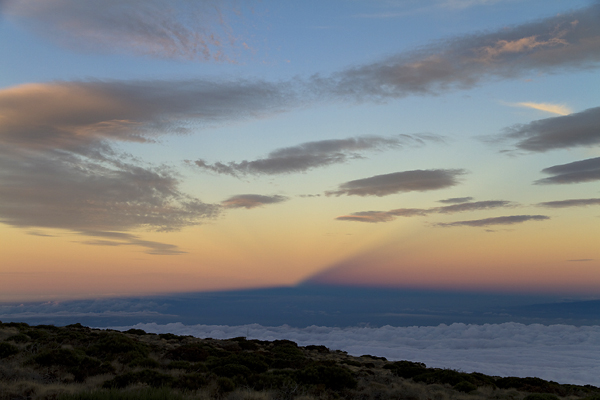 There were some clouds during the night, but not that many – most of the time only the Teide’s lenticular cloud was hanging over the moonlit landscape. I made a time lapse again, which can be seen here. I have some nice things to show in tomorrow’s post already (it was really hard not to include it right now)! 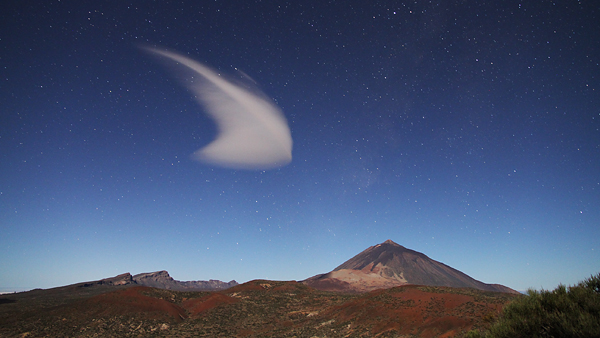 Ok, the second night was not good for science. Again. This is a bit strange, as I usually do not have 2 consecutive nights of bad weather. As far as I can remember, it only happened once, during a really harsh winter in Hungary. Anyway, the humidity was too high to operate the telescope (80-100%). 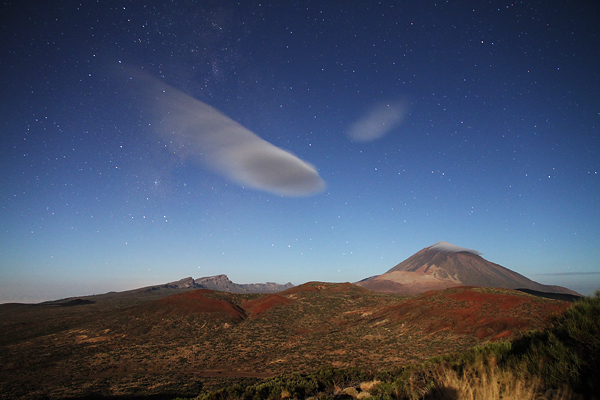 But at least, the atmosphere started to clear up, and the dust was gone already, so I had high hopes about the forthcoming night (which happens to be right now, when I write this – and yes, I was right, we are getting data at the very moment). Still, as it was not sure, that the humidity would stay high all night, we stayed at the telescope. In the third quarter of the night, some clouds came from the NW, and stayed until sunrise, creating a beautiful background for my pictures. 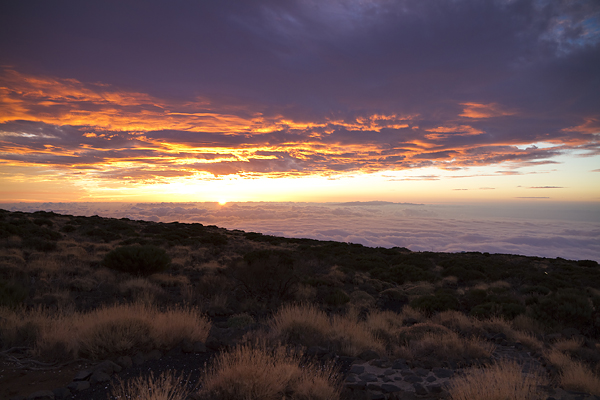 Finally, for the first time since I am on the island, I could see Grand Canaria and La Palma in the distance (as the atmosphere became clean enough for it). There were amazing lenticular clouds on the sky again, formed by the uplift from the slopes of the Teide volcano. 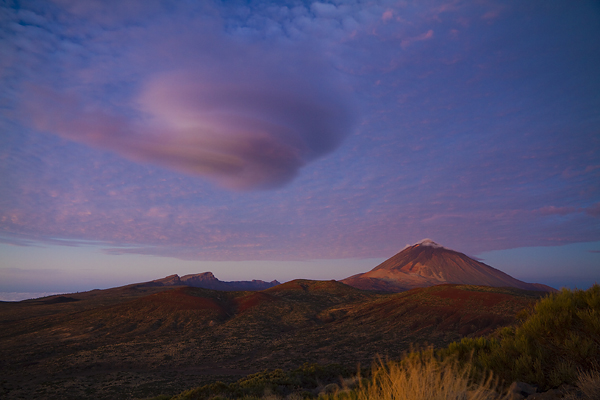 I really wanted to leave as soon as the time lapse of the night was finished (though I made a minor mistake after I changed the batteries for the first time during the night, the video can be seen here), but I could not, as the landscape was so amazing, that I had to take pictures for like a half hour until I finally managed to go down to the residencia. 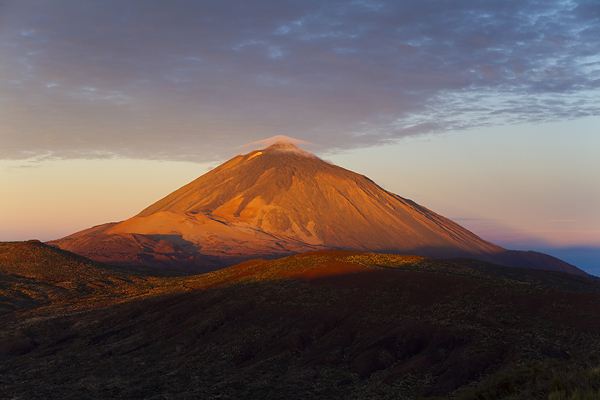 There – thanks to the guy at the kitchen (not the chef, but the one who usually works as the “waiter” there) – I had a really good, typically Spanish sandwich with smoked ham and tomatoes for breakfast, then I went to sleep. Yeah, sleeping from 9:00 to 17:00 is normal for an astronomer ;) And before I forget; you can find all the pictures I have taken so far on my flickr gallery here. I try to update it every day with a selection…

Yesterday I had my first night at the IAC-80 telescope. Here – for the first time in my life – I have a night assistant working with me, so it is very strange that there are things I do not have to care about anymore. (Even if I like to do everything at the telescope…) 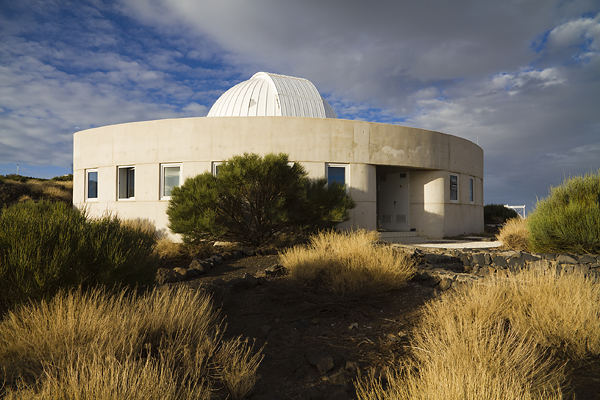 Anyway, the night did not start well, as we had a lot of clouds, and the humidity was also quite high, so after a GRB follow up observation (already through short-lived holes on the cloud layer – done by the IAC staff), we had to close everything… But the sky was really magnificent right after the sunset. 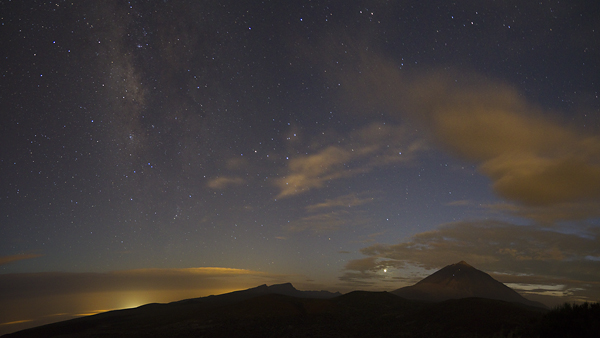 There were some orographic clouds (lenticular clouds generated by the uplift of the Teide volcano), staying at the exact same position for hours, creating wonderful photo-opportunities. (Yes, this night was a disaster for science, but a blessing for photography.) And the whole landscape was lit by the moonlight, which turns night-time pictures to day-time photographs, but with stars on the sky! (I have a time lapse movie also covering almost the whole night here.) 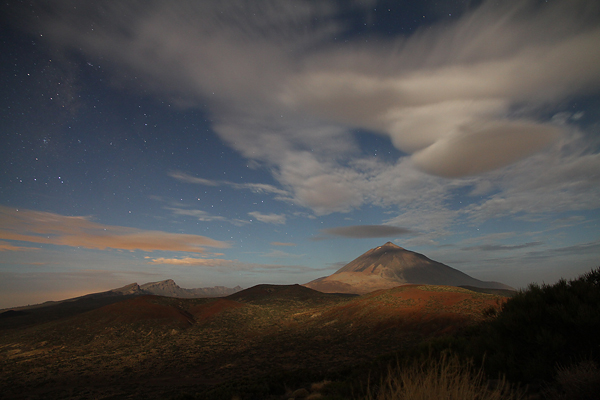 Unluckily the clouds stayed, then by the time the sky finally cleared up, the humidity shot well above the 80% limit… So one hour before the dawn the sky was 100% clear, but the humidity was also 100%… I have never seen such a weather situation. This is really atypical for this time of the year on Tenerife. Though I was very tired by the end of the night, I stayed till the sunrise, because I knew the lights would be perfect then for photos like the one below ;) 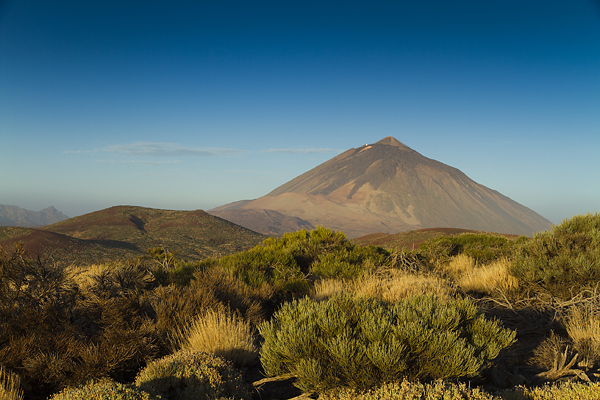