Today after I approved the buffet breakfast of the hotel, I left for the first longer ride. I did not leave too early, only after 10 AM, because I knew it would be more than enough. The weather was normal, cloud layer at around 800-1000 meters, so not sunny, but humid and warm. I had downloaded my plans for the day to my Garmin Edge 500 cycling GPS, so I did not need a map, I only had to follow the track displayed on the screen. This was extremely useful (and stressful too – but I will talk about that later), because La Orotava is full of one way streets, and finding the way out from here is not that easy. Also, cycling along the North coast of Tenerife to the East from La Orotava is not that easy when you have to leave out the TF-5 highway from your plans, because there are not that many roads besides that one. I took the TF-21 and TF-217 roads (with slight ups and downs, but nothing very serious), then after crossing above the highway, I rode to El Sauzal. Here after a short downhill, the first ascent started at the 16.79 km mark.

The average gradient does not tell the whole story, because there were long and painful sections above 10%, but the rest was not that difficult. Still, it did hurt. Meanwhile the Sun appeared from behind the clouds, so it started to became a bit too hot too. Then from the top, there was still a bit of rolling terrain, but soon the descent started to La Laguna on the TF-152 road. I did not spend any time in the city (I did that last November already), but I turned directly towards the Teide instead. After a quick bite (from my energy bars), I started the long ascent towards the Las Cañadas caldera at the 32.87 kilometer mark on TF-24.

Again, don’t let the average gradient fool you, because there are even downhill sections included in this number! The typical gradient from the elevation plot is around 5-6%, when you only look at the uphill sections. But on top of the length, and the constantly changing steepness, the main difficulty was the temperature above 1900 meters, where the road leaves the beautiful pine forest behind, and enters the rocky volcanic desert of the Teide. Also, this is the point where the road quality basically stops to exist, because while the asphalt is extremely smooth during the first half (it is a pleasure to ride there), it becomes cracked and worn for the second. But the view above the cloud layer is truly amazing. 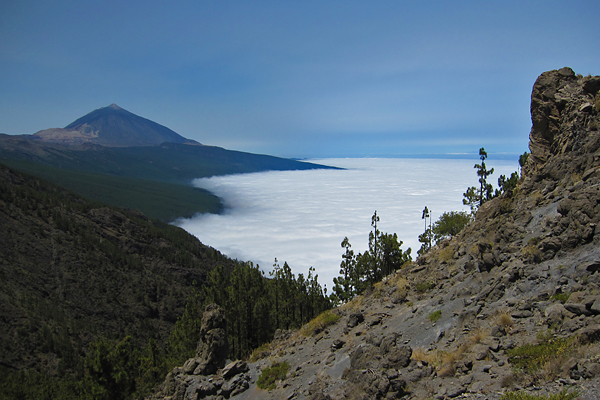 I could have taken hundreds of pictures, but I have already a lot from these islands, so now I only take a few for the blog, and try to concentrate on the biking itself instead. As I climbed higher the temperature also ‘climbed with me’ (my GPS showed 38°C, which was clearly not the real air temperature, but it felt like that), the Sun was shining extremely strong, so there were moments when I did not feel perfectly ok, even though I was riding with a zipped down jersey and I had enough liquids with me. It was very difficult during the last kilometers. 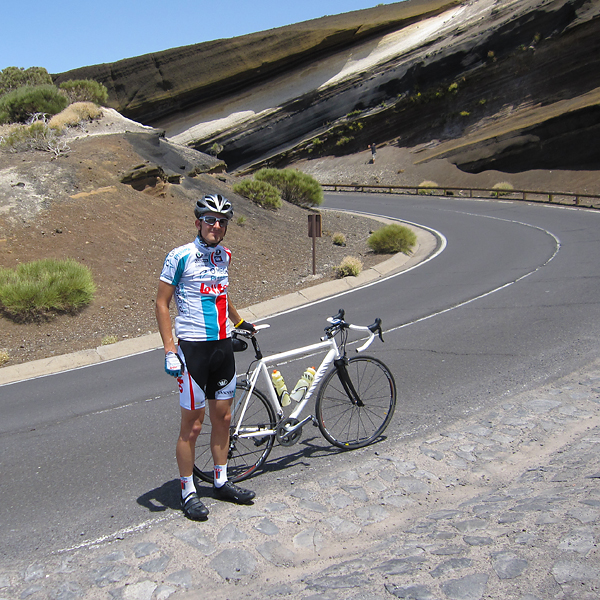 To make thing worse, around halfway into the ascent I realized that I forgot to pack my small toolkit and my small pump, so from that point I made sure I don’t ride over anything sharp… Luckily I had no flat tire during the day (and now I have already prepared these for tomorrow). The highest point for today was the entrance gate of the Observatory! 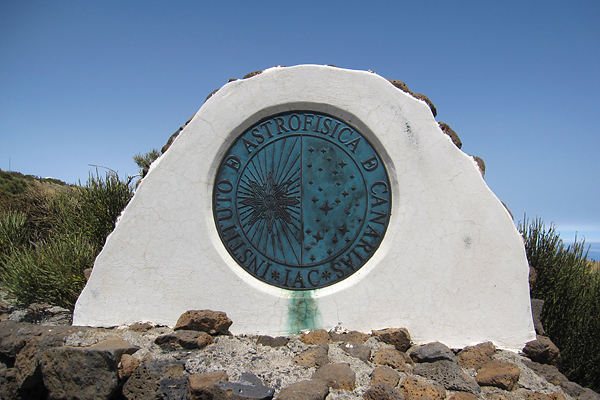 From here, it was basically a descent of more than 30 kilometers till home, which I enjoyed a lot of course, especially because the road quality was also quite good (TF-21). The temperature got much cooler when I entered the cloud layer, which felt really refreshing after the hours I spent riding in the scorching hot. 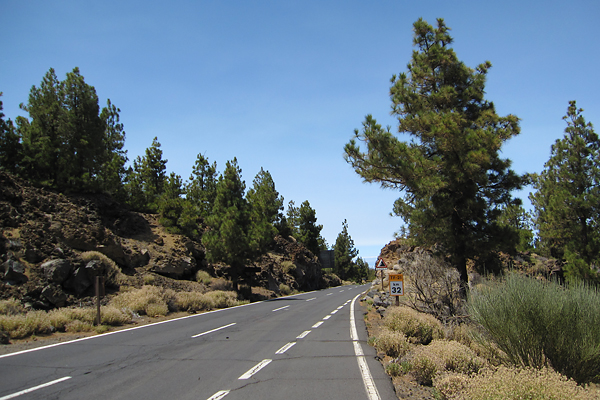 Thanks to the GPS (and my planning) the last road in La Oratava was a tiny, extremely steep (~30% or more) cobblestoned one way street, where I was really doubting if I would be able to stay on my bike, and stop at the end. Luckily, I did succeed in both, though getting off the bike was not easy on the slippery stones. Then the last stressful moment came when I wanted to save the ride in the GPS, but at first sight it seemed that it did not work out… At least it did not show up in the history, so I got a bit sad/angry, because loosing the data of such a ride would have ben really painful for a geek cyclist like me :) Luckily when I connected the GPS to my MacBook and tried to see if I can save something from the memory, the ride was there, and I managed to upload it to Garmin Connect! It was a huge relief. But this is not the first time that I have problems when I use the follow course option with the GPS, so it seems to me that when the GPS thinks that I left the course (because of, e.g., reception issues) then it has trouble recording data while it is trying to relocate itself along the course, and this leads to 1) minor data loss (I can see that in the file), and 2) problems with uncorrupted file-creation. So I will not use this ‘feature’ in the future, because I really don’t want to loose any data… I will have to follow road signs instead, like we did back in the previous century :D

Ps.: I have a feeling that being in Spain for three weeks and barely speaking to anyone in English has a terrible effect on my English, apologies for that…