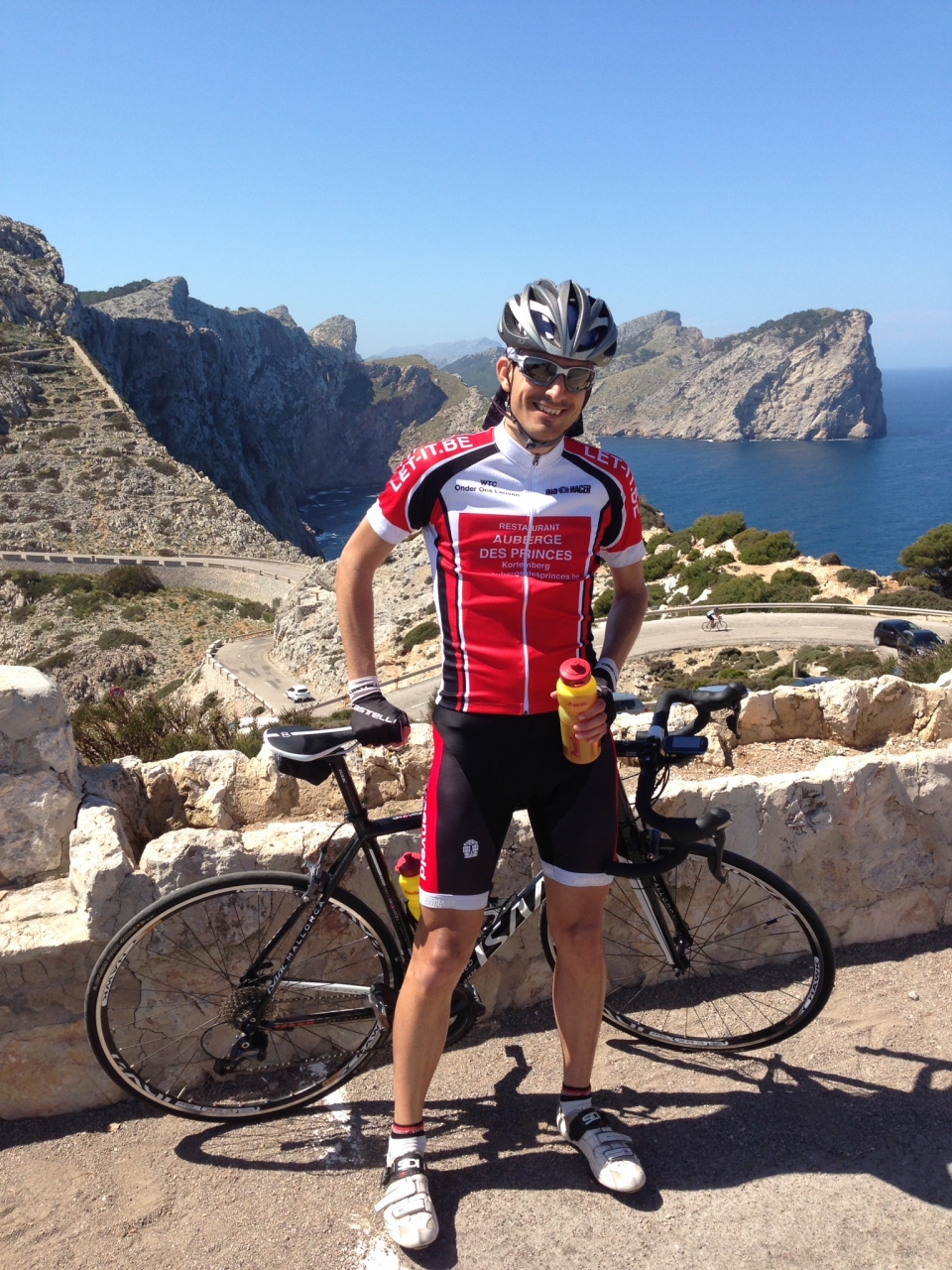 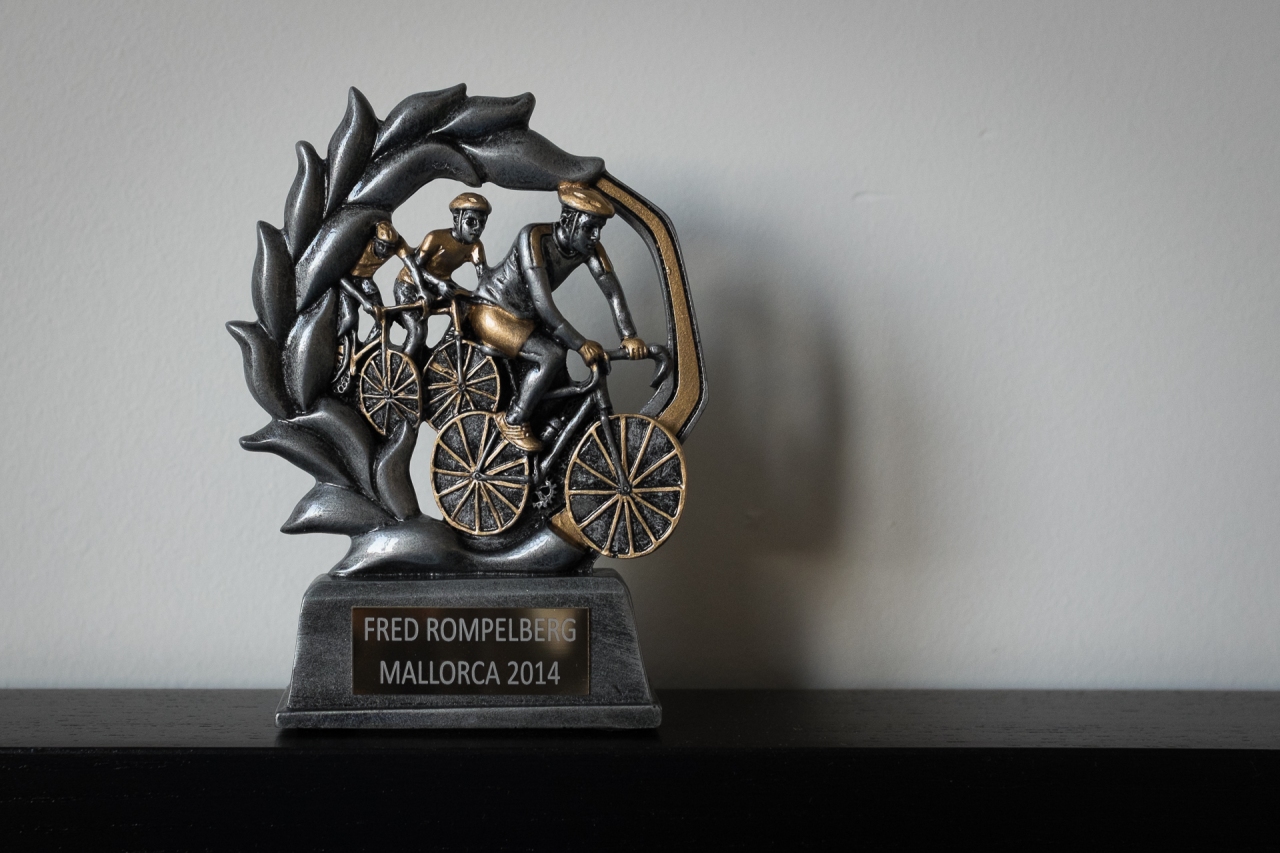 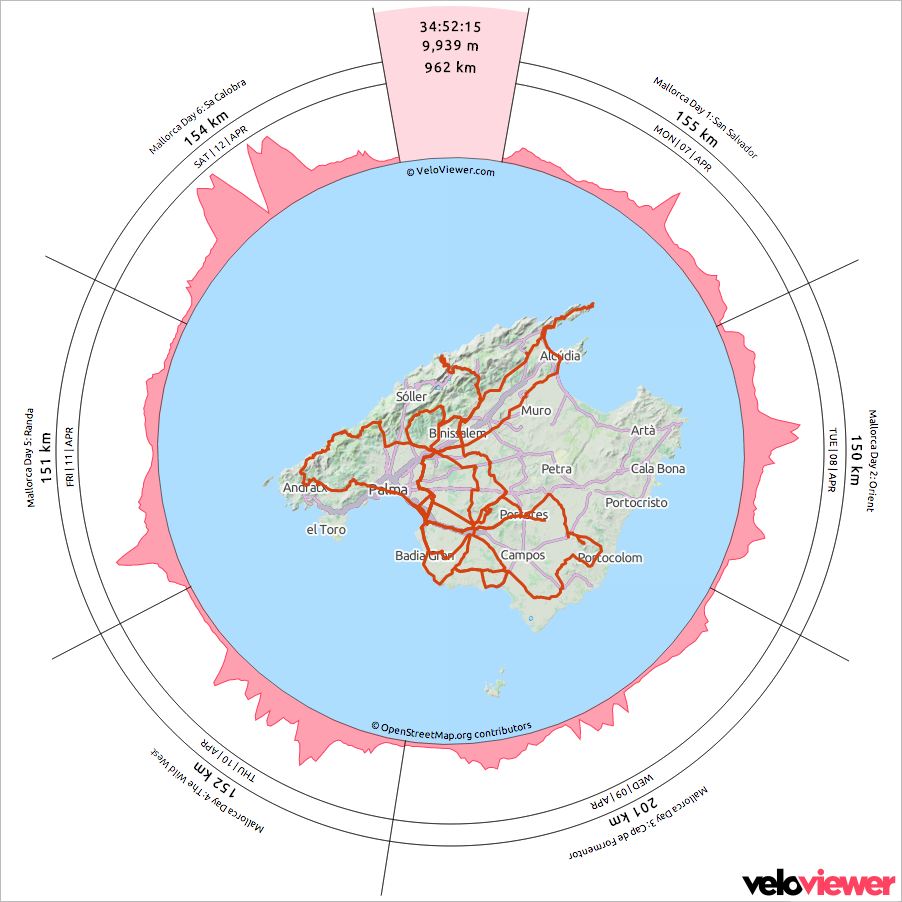 Yes, I know, I am really lagging behind my life with the blog, but it is not dead yet. So to cut the unnecessary chatter short, I have been on a cycling holiday finally not alone, but with other people! I know, sounds unbelievable, but several photos and videos prove that Tijl and Thomas were my company. 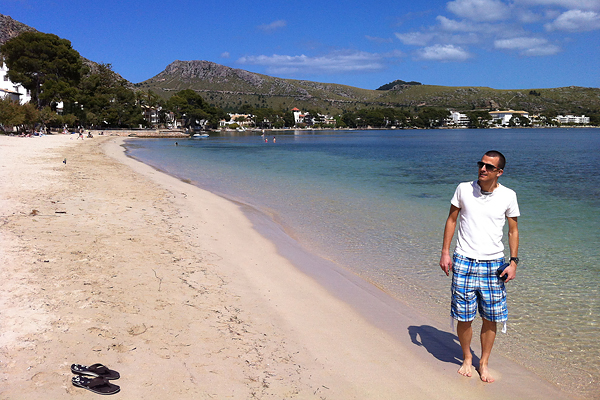 We have spent 7 amazing days on Mallorca from the 29th of April till the 5th of May. Our headquarters were in Port de Pollenca in an amazing seaside villa (where we all had our private bedroom and private bathroom – early season prices are really low…), so every morning we had breakfast on the terrace (which was a bit chilly, but as soon as we managed to get some sun on our skin, everything became better), and every evening we had a stroll along the beach to the ‘city’ to have dinner in our local Pizzeria (where the service got better and better as we kept going back every day – so the last evening it was the chef himself serving us). I have to mention here, that they have the best brownie (warm brownie with nuts and raisins inside served with vanilla ice cream…) on the planet. Period. Then we usually went to the market square after dinner to get our daily internet and upload our rides to Garmin Connect. Then we went to sleep. Which was very well deserved every day… 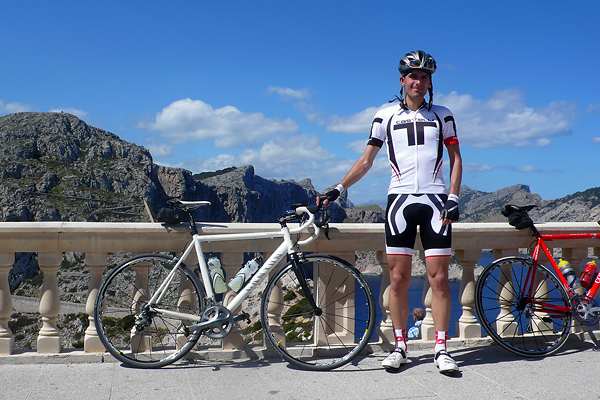 We made loads of movies with my helmet camera (which was installed on one of our handlebars), which I still have to edit and cut together, but I need a bit more time for that, as there are other things in my life too… But the footage we got is really cool, believe me. The scenery was amazing, the weather was nice, the company was great, so we had loads of fun. 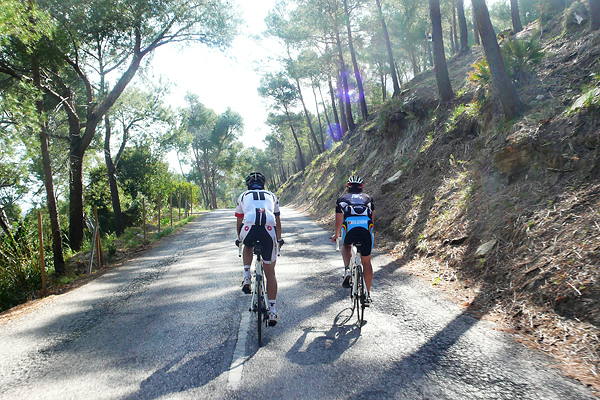 I have already ‘killed myself’ on the first ride of the first day, racing to the lighthouse, which did not feel too good (I was somewhere in between throwing up and fainting, luckily neither of these happened), but my form quickly shoved, so all the hard training of the first four months was proven to be very useful. Although Tijl and Thomas had much less training and they are also a bit older (sorry… :P), it still felt good to be the strongest of the three. Still, Thomas was a great climber (who always managed to stick with me so I could only ‘win’ the climbs with a sprint at the end – thanks to my fitness level), and Tijl is just crazy amazing on the descents (so technically impossible to follow for people with no suicidal tendencies :D). Also, Tijl’s English breakfast was first class. We should have had it on every morning ;) 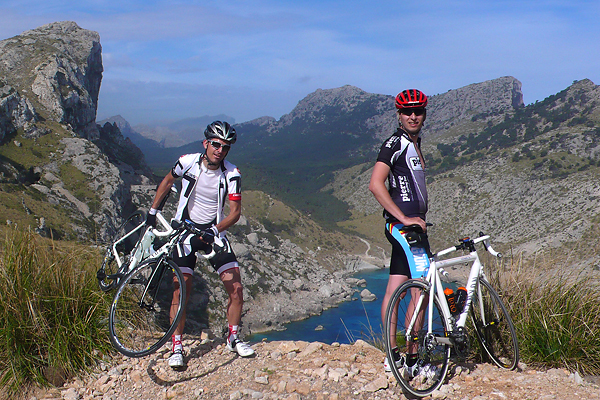 Here are the links for all the rides on Garmin Connect: Day 1 morning (to the lighthouse) and Day 1 afternoon (small flat circle), Day 2 (long flat ride), Day 3 (Sa Calobra – big competitive climb), Day 4 (small flat rest day circle), Day 5 (extreme stage), Day 6 (long flat till the climb of Cura), Day 7 (morning good bye ride to the lighthouse). Total of 645 km with 8200 metre of elevation gain, 18 000 Cal burned. It was an extremely nice holiday, and it was extremely crappy to arrive back to the rainy Charleroi in 6°C… :D I could write pages of this holiday, but this was really something you have to experience as a cyclist (all the discussions about bike parts, following ‘The Rules‘, passionate bike cleaning, etc.), and not read about it. I will be back somewhen with the videos too! Update: here it is (set it to 720p).