A month without posts on the blog can be a sign that my life just became boring, or that it is just so good and my days are so filled with things to do that I simply have no time/energy/psychological need to write. I can assure you that the latter is much closer to reality. But now, having a week of holidays in France, I have some time to sum up things from July.

The main topic of this month was cycling (while I am still working on my second paper, so no big news work-vise, before anyone asks). I set a goal for myself to ride at least 1000 km before climbing the Mont Ventoux somewhen during the last week of the month (see next post soon). I managed that surprisingly easily, with 3-5 trainings per week (mostly my standard 50 km rides before or after working hours, and then one or two rides above 100 km on the weekends or national holidays). I even had company sometimes with the AstroTeam, though they all say that it is impossible to keep up with me, and that my training rides are madness :D I have to admit that hearing these things always make me feel better ;) But now I am really so used to the trainings, that if I don’t ride my road bike for two days, then I really start feeling bad about it, and I really need to hit the road and ride.

On the last weekend before going on holidays, I went on an organised ride (Herent – Landen – Herent) with Tijl, wich would have resulted in reaching the 1000 km goal already before the last week (and the Mont Ventoux) of the month. Unluckily, the ride ended much sooner than expected, as after 20 kilometers (which I later decided to not even count as training for this month), I hit a car. No, I was not hit by a car, I hit a car… It was clearly my fault, we should have given the right to the car turning out onto our road from the right hand side (willing to continue in the direction from where we were coming from), but the fact that it let two other cyclists pass before us confused us for a moment. This moment was long enough for my brain to decide that it will be all right and we will just pass in front of the car as the two other cyclists just did, so I did not start breaking (while Tijl who was more in front already came into almost a full stop). Unluckily, the car driver probably only saw Tijl stopping, so he went on with his original plan of turning out onto the road, and at this point I was too close and way to fast to stop. The rain and the wet roads did not help me either, so missing Tijl just by centimeters, I basically went straight into the side of the turning car with a speed of 33 km/h (data from my GPS log ;P)… Luckily, the car was big, so I could not fly over it, and its side had an angle of 45° relative to my ‘speed vector’ (because it was turning), so I could slide along it during the impact. This probably saved me from a ride to the hospital. I was relatively lucky, because I only hit my knee into the car, and my helmet a bit while I was sliding along the side. With a full frontal impact, it would have been probably much much worse. Unluckily, my front wheel broke (again, damping the impact quite a lot), and the damage is unrepairable – and of course I had the fancy expensive aero-wheels on… But again, no other damage to the bike besides this, which I think is quite unbelievable – given my momentum. Also, the side of the car got seriously bent in (so it was really not a tiny little impact) and scratched, but my insurance will cover that. Tijl helped a lot with filling in the accident report form, and on the afternoon he looked up lots of insurance related stuff for me. As I could not ride any further from this crossroad, I got a ride from the organisers (that’s also a reason why these cyclosportive events are really good…). By the afternoon, my right knee looked like an inflated ball, so – as already as a first thought right after getting up from the ground along with some nice Hungarian swear words – my biggest worry was ‘how am I going to ride up to the Mont Ventoux in less then a week’s time’. Yeah, I was not really shocked by the accident itself. So on the afternoon I took a shower with my bike, and inspected it for further damage (luckily there was nothing), and then spent the rest of the weekend with resting (except for Sunday evening)… But I was quite optimistic about the following week anyway… (Hey, my guardian angel up there, thanks again if you read this.) 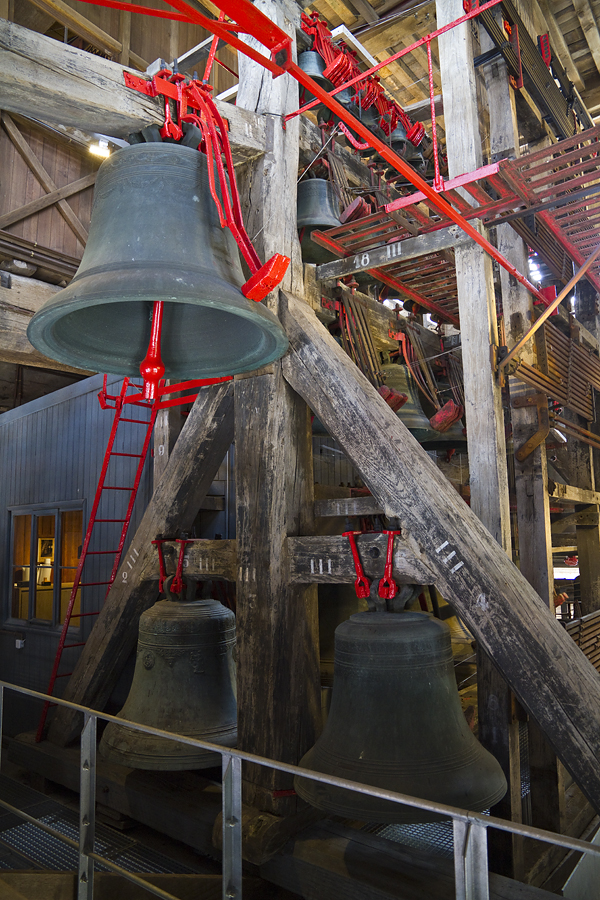 Finally this month I made it to Mechelen without my bike, as we had a nice day there with Elise, visiting a photo exhibition, the tower of the cathedral with more than 500 stairs up to a height of almost 100 meters (and with the bells and mechanical parts of the carillon inside – did you know that Belgium has the second highest carillon density over surface area in the World after the Netherlands?), and the city park, plus we have seen the Big Jump event (people raising awareness for the water quality of Belgian rivers by jumping into them) too :) 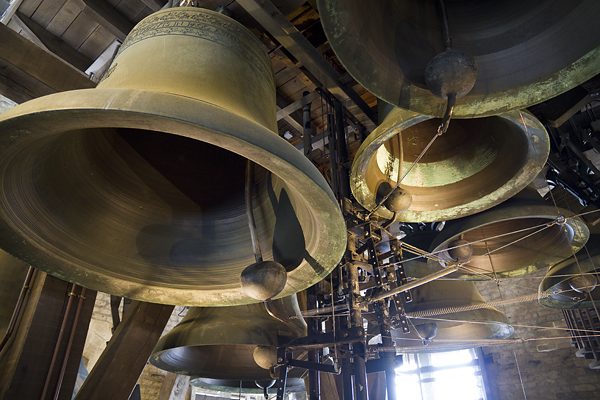 Then a week later, I made a three course dinner at my place for her (as the main idea was to go and listen to the Daan concert that night, which turned out to be a bit too crowded unluckily), and even though I made everything for the very first time in my life, it was perfect! (I was very proud of myself, as I am not the biggest chef at all…) If I had known that it is so easy to make pancakes, I would have made them every week :D So I made them on Sunday again (ok, a bit less fancy version, but the pancakes were the same) for some of my friends, and they also liked them! 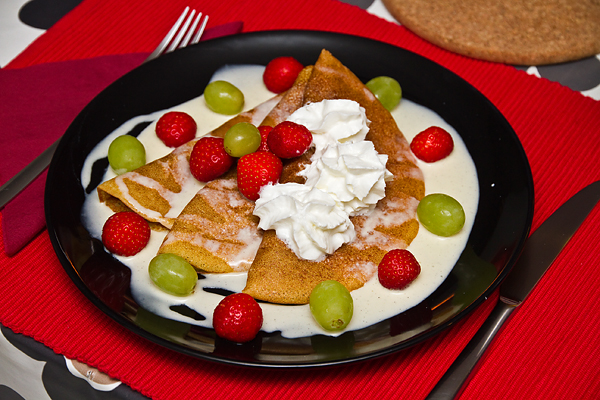 For the rest of the month, I went to the Hungarian embassy in Brussels to make a new passport (took me 5 hours…), saw the last Harry Potter movie (it was OK), and had the experience of hopping on the train after work to arrive in Gent after only one hour, then have dinner (and get invited to the Mont Ventoux) there, and still arrive back to Leuven at a reasonable hour. I could never imagine this happening in Hungary between two big cities ~100 kilometers away from each other with the trains there… Sorry, but this is true. So this was the story of July till the 24th, I will tell you about the last week in the next post!