Yes, starting with night zero, as I had to be at the telescope already 24 hours earlier than planned, because the previous observer had to switch between instruments (which was not foreseen), so I was asked to join and help her. (I think I could be a really good support astronomer :D) The weather was really bad, we had to close after two hours, as the clouds came higher, and the Mercator building submerged in the layer of 100% humidity. But as that day we were with a car, I managed to transport all the clothes and other things up to the Observatory, which I need up here while I am observing. This is very useful, because this way, I can just ride up with my bike in cycling clothes (carrying only a small backpack for the daily – I mean nightly – food portion), then change to normal clothes on the top of the mountain, turn on the heaters, and start working in a quite cosy environment. (I have to admit it is a bit lonely sometimes, but the sunset and the sunrise, and the night sky definitely worth it.) 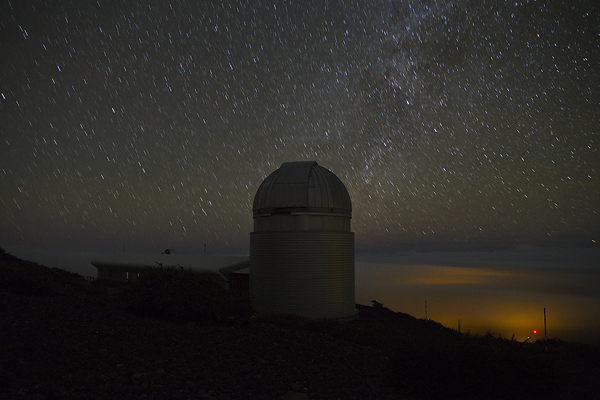 My first real night was also crappy, a constant fight with the cloud layer (seen just a bit below the Telescope on the picture above), but at least I got some hours in the second part, when I could work with the telescope. Then I rode down in clouds on the morning. I have no time for anything else than breakfast, sleeping, and dinner down at the Residencia, as I usually sleep from 9 AM to 5 PM. The start of the third night was the worst, I rode up in heavy rain and quite strong wind, but I had to go, because I knew that it would clear up later. But the picture below gives you an impression about the weather at sunset… (FYI, the Sun should be in the middle of the photograph.) 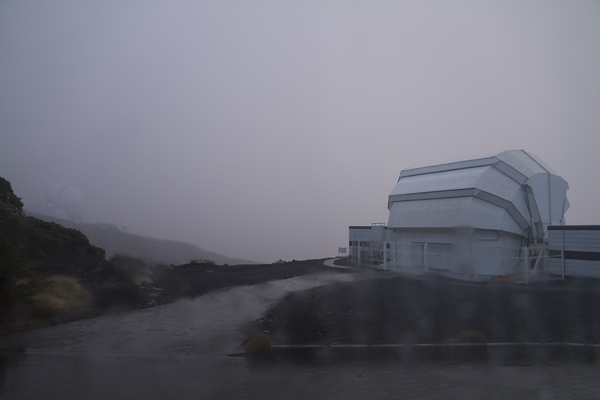 Yep. It was bad. Luckily my cycling clothes are quite water resistant, but it took at least a half night to dry them out in front of the radiators. But at least my bike is completely clean now :) Anyway, in the second half, it cleared out again (humidity dropped from 100% to 13% in less than one hour), so I could start working, but the wind was still quite strong, so I had to keep one eye on the screens (there are 14 of those up here) all the time. Don’t you think, that observing is easy! One has to take into account all the special requests (about timing, duration, etc.) when scheduling the targets for the night, then if the weather changes, the observer might need to reschedule everything, or build a completely new plan from scratch. There are a lot of variables affecting the timeline of the night. So it is not just sitting here and supervising the computers while they work. Not at all. It requires a lot of concentration, and it is tiring. (I am not complaining, just telling facts.) For example, think of the following: the night itself is 10 hours long, plus 1-1 hour before and after for calibrations and procedures (opening and closing the dome, setting up the system, etc.), and if there is a problem, this can be even more. So strictly speaking it is minimum 12 hours of work, and then you need time to eat, take a shower, and sleep. And voilà, a day is gone. 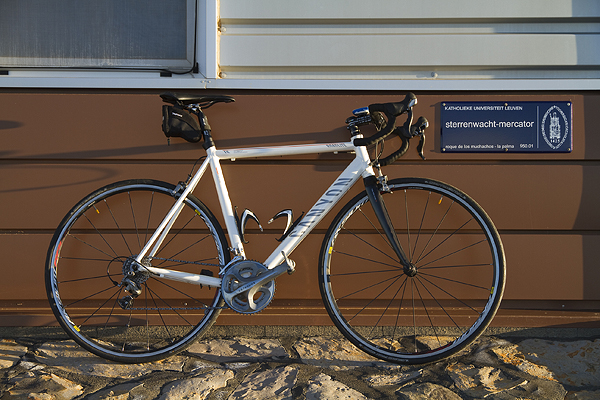 Now (on the third official night) the weather is good, the sky is clear, the wind speed and the humidity is low, so life is much easier. (BTW this was the first evening, that I rode up in sunshine, and not thick clouds and/or rain.) But besides observing, I should work on my article too (as my co-authors comments are eagerly waiting to be implemented), which is much harder here than I thought it would be. I need to improve my multitasking abilities… So, let’s do it. (The crescent Moon and Venus hanging low on the horizon next to the dome of the William Herschel Telescope.) 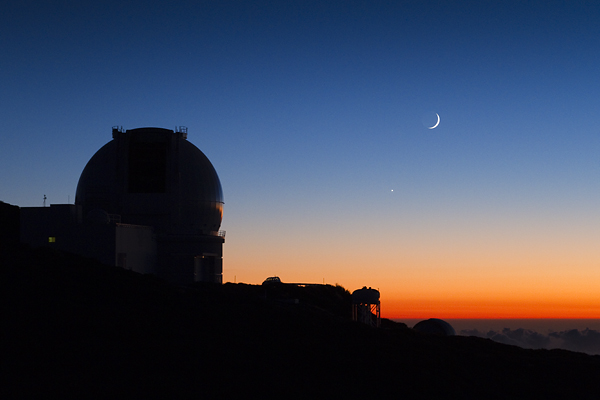