There are only two (not one day) UCI WorldTour-races (the highest level cycling events) between the Tour de France and the Vuelta a España, first the Tour de Pologne, then the Eneco Tour. The latter goes through Belgium and the Netherlands, so it is not too difficult to go and watch a stage. The last time I took pictures on a cycling race was back in 2010 during the first stages of the Tour de France, so I was happy to go along with Nadia to watch the individual time trial (ITT) of this year’s Eneco Tour just over the border in Hoogerheide, and try my luck in panning photography.

We parked in the neighbouring village towards the southern sections of the 13.9 km long course, so we had no problem with the crowds around the start and finish area in Hoogerheide, and after a short walk, we managed to find a nice section to watch the race. From a photographer’s point of view, we had to be standing on the right side of the cyclists, so the pictures show the chainrings and the derailleurs, and also preferably in the shade, since colours are nicer there when the Sun is high up in the sky. After finding a suitable spot, we just had to wait for the 152 cyclists to pass one-by-one, which took three hours.

I was typically using a focal length of 105 mm (to isolate the cyclists from the background better, and to achieve a sense of speed without the need for too long exposure times), f/7.1 (not wide open at f/4, so a slight focusing error will not produce a totally out-of-focus image), an exposure time of 1/200 seconds, while the ISO was left at auto. Since I always use RAW, white balance and other settings were not taken care of on the spot, only during post-processing. I was shooting in burst mode, which is 4.5 frames/second on the Canon EOS 6D (compared to my more sport-photography oriented old 7D with 8 frames/seconds), using the central autofocus point only, and AI Servo tracking autofocus. The idea of panning photography is to follow the subject while shooting, this way even with relatively longer exposure times, you can keep the subject more-or-less sharp, while the background gets blurred from the motion of the tracked subject in the foreground. The difficulty is tracking the subject: 1) the tracking speed during the approach of the cyclist changes as the subject gets closer to you (think of standing at the side of a road and looking towards a car approaching towards you, while the car is still far, you don’t have to turn your head much, but while it passes in front of you, you will need to turn your head very quickly to follow through). 2) The cyclists were riding at 50 km/h, and I was standing only 5-10 metres away, so the tracking speed was really high when they passed. Even with an exposure time of 1/200 seconds, the cyclists have covered 7 cm during one exposure. For the image to be sharp, you need to track this movement with a half pixel accuracy. 3) The focus distance changes also very quickly as the cyclist approaches, which is very difficult to deal with for the autofocus system. I have taken more than 400 pictures during the stage, and almost 100 of these turned out to be technically all right (acceptably sharp). I would say that 65% of the bad pictures resulted from the tracking autofocus loosing the cyclist, while 35% from me not being able to track the movement precisely enough. Below you can find a small selection of the nicer images. It was a very nice experience, I am glad Nadia (and Clio) convinced me to go. 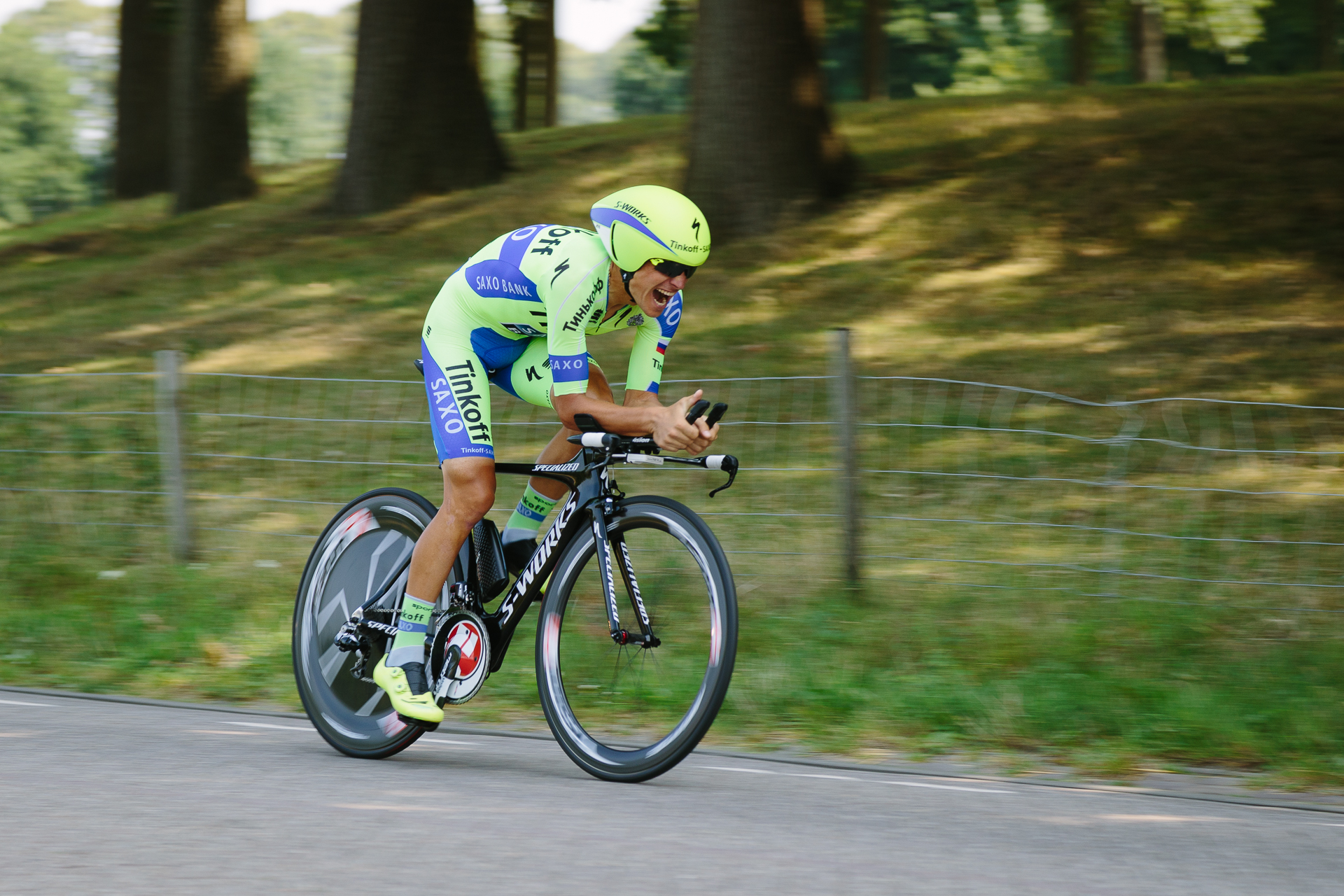 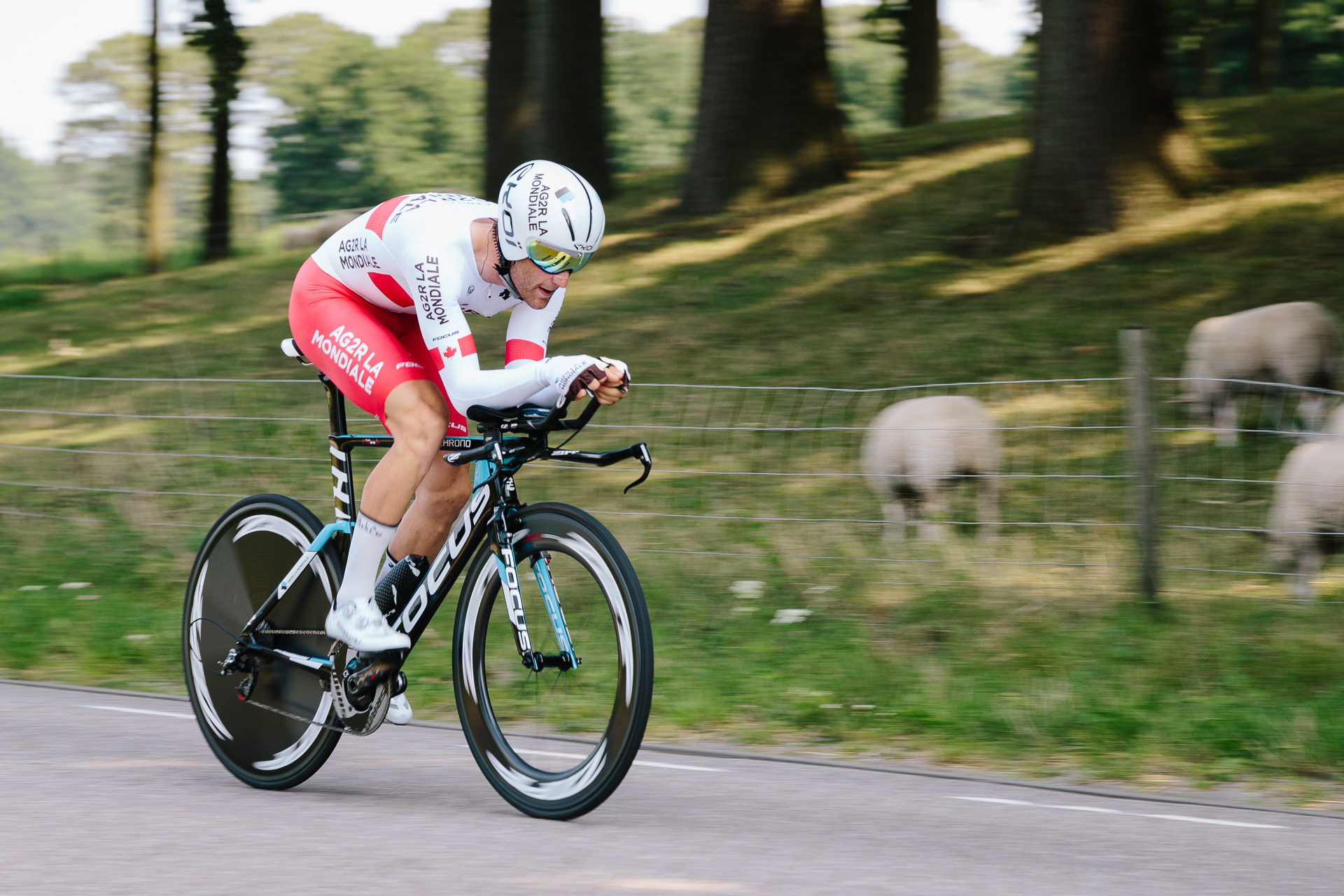 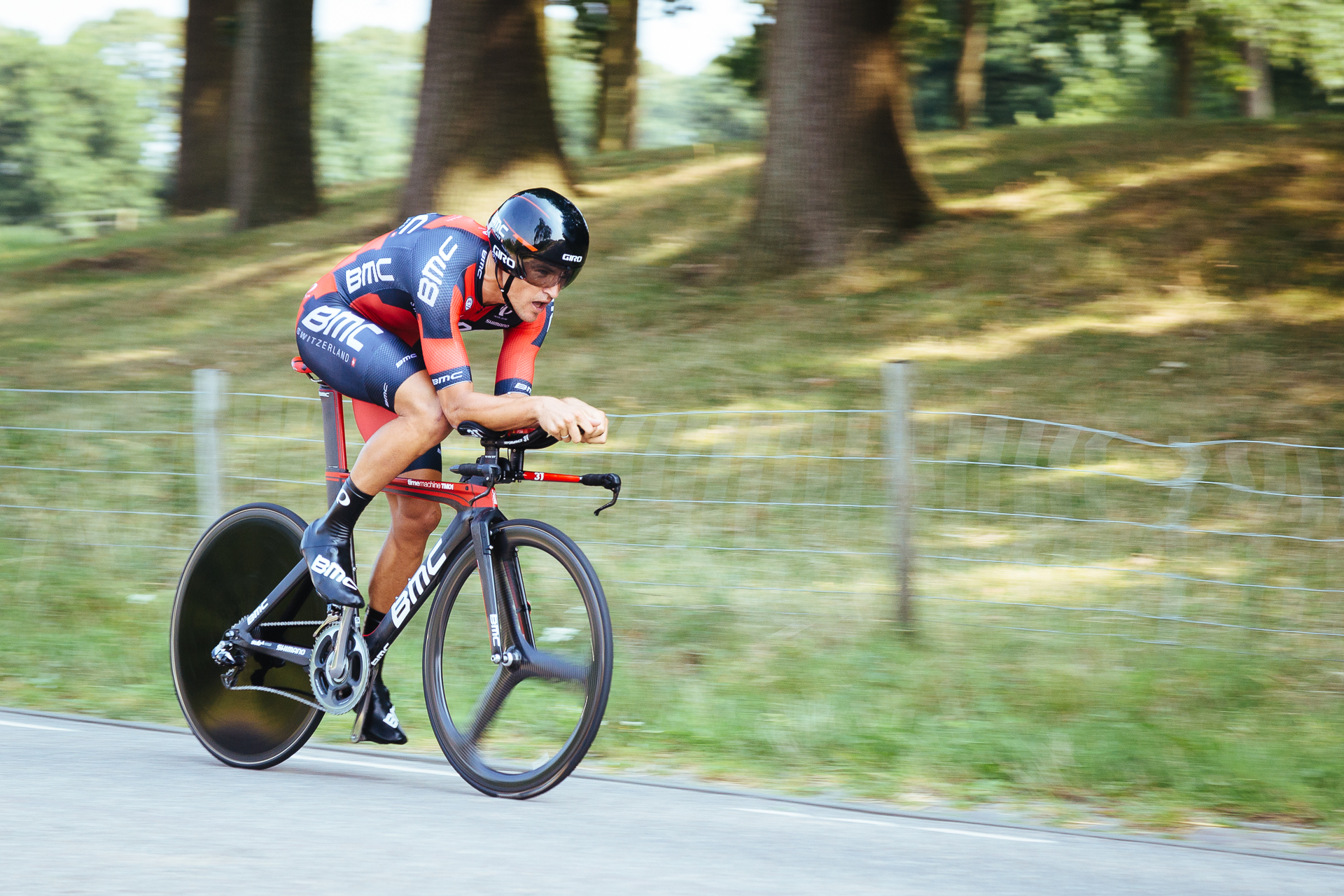 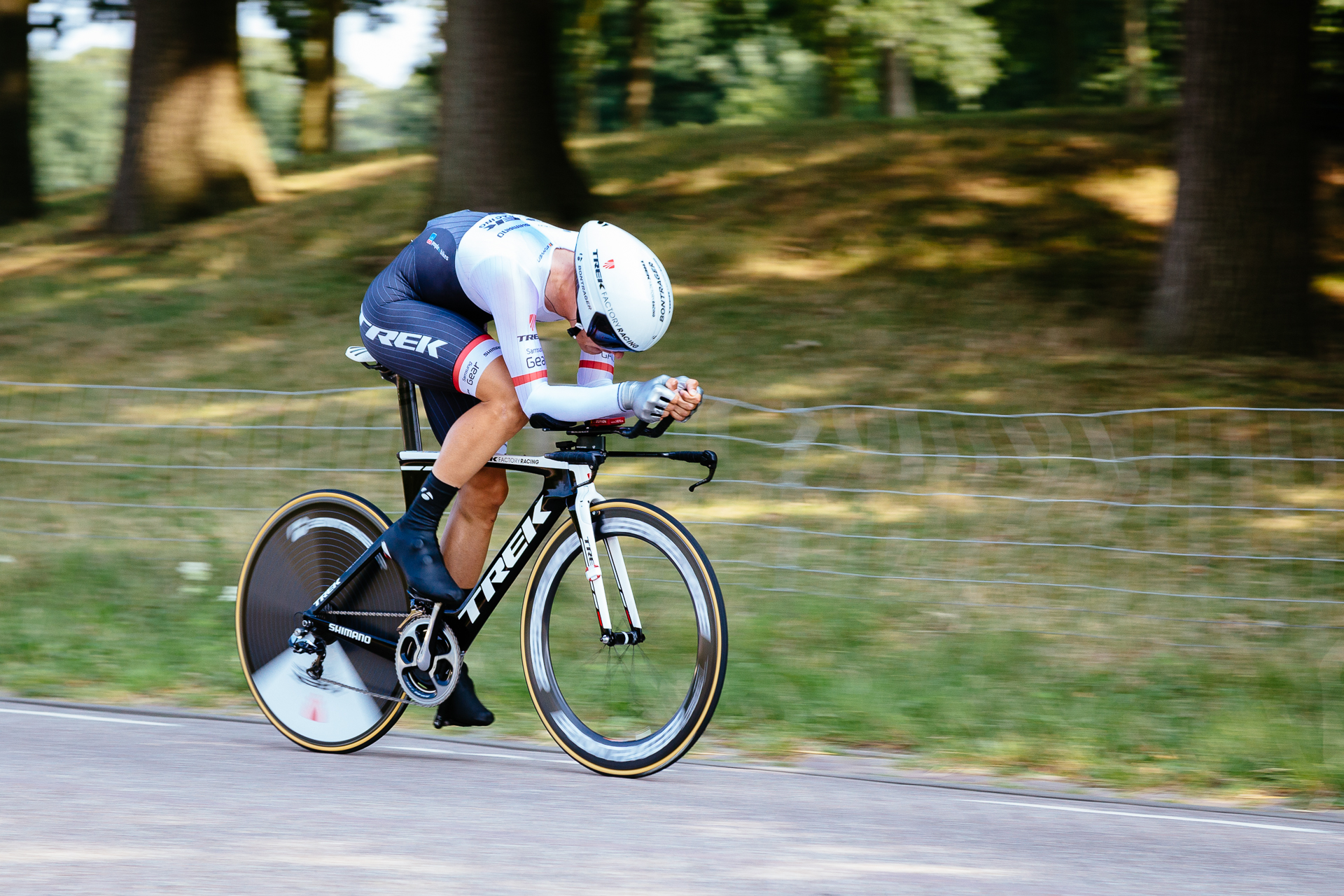 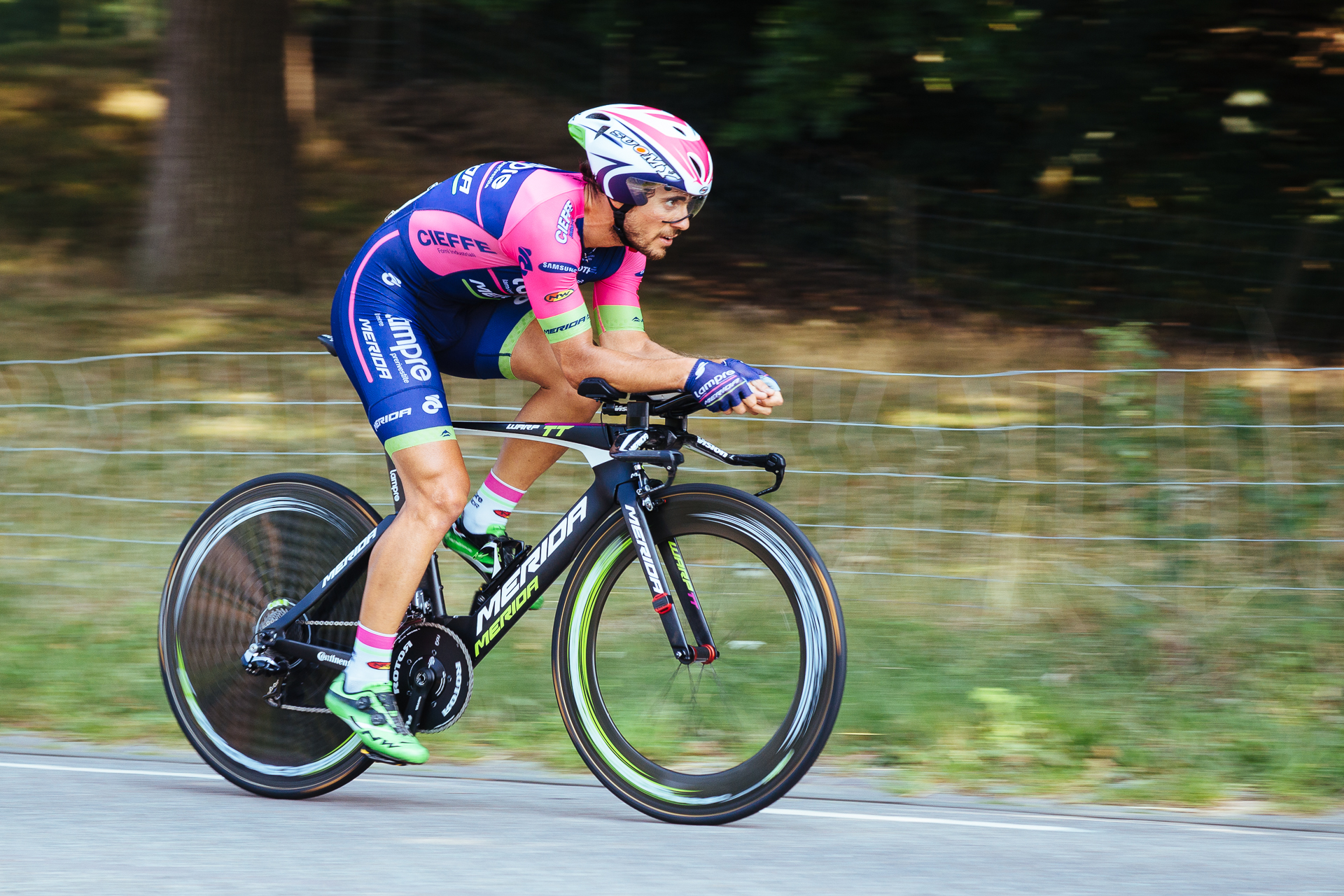 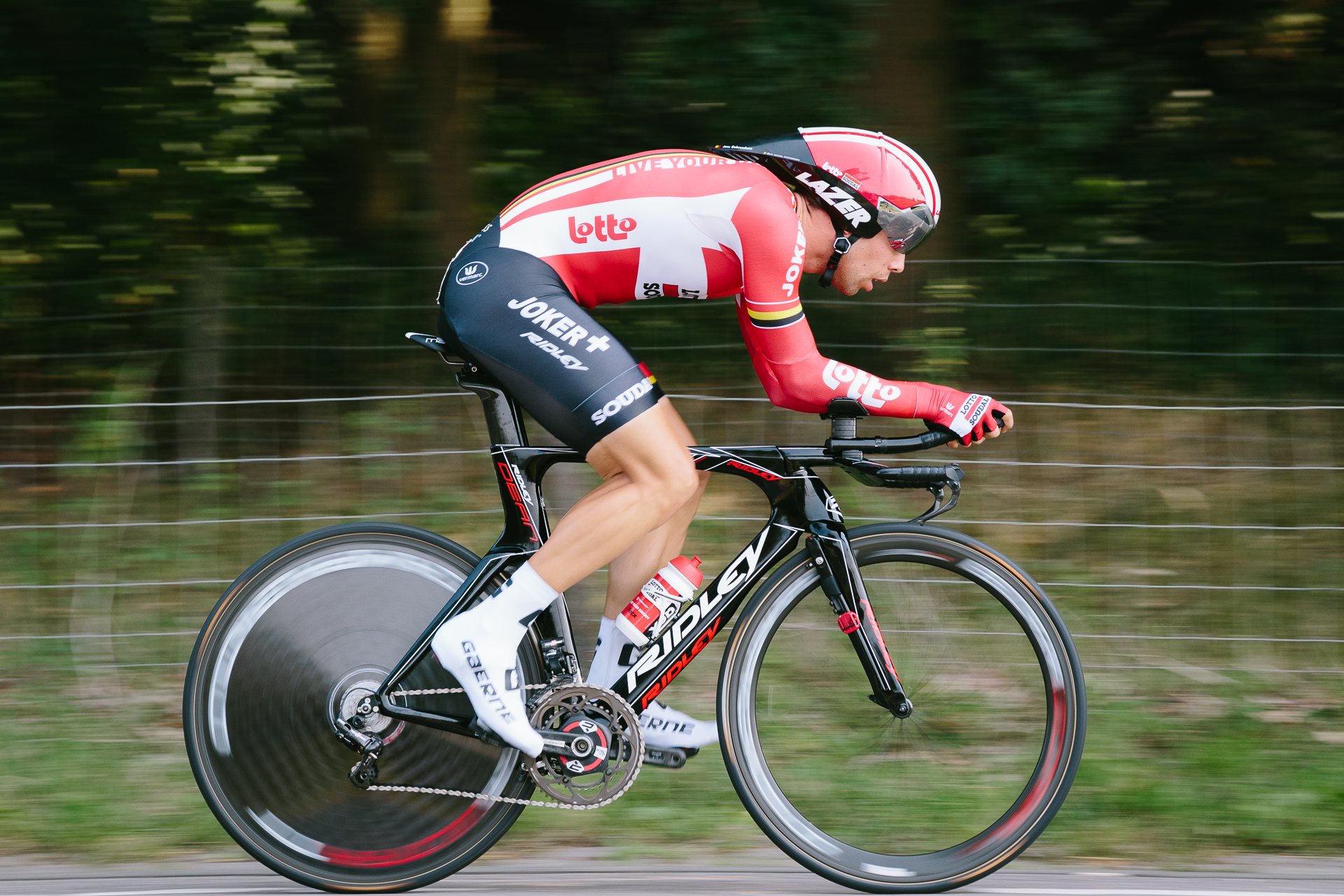 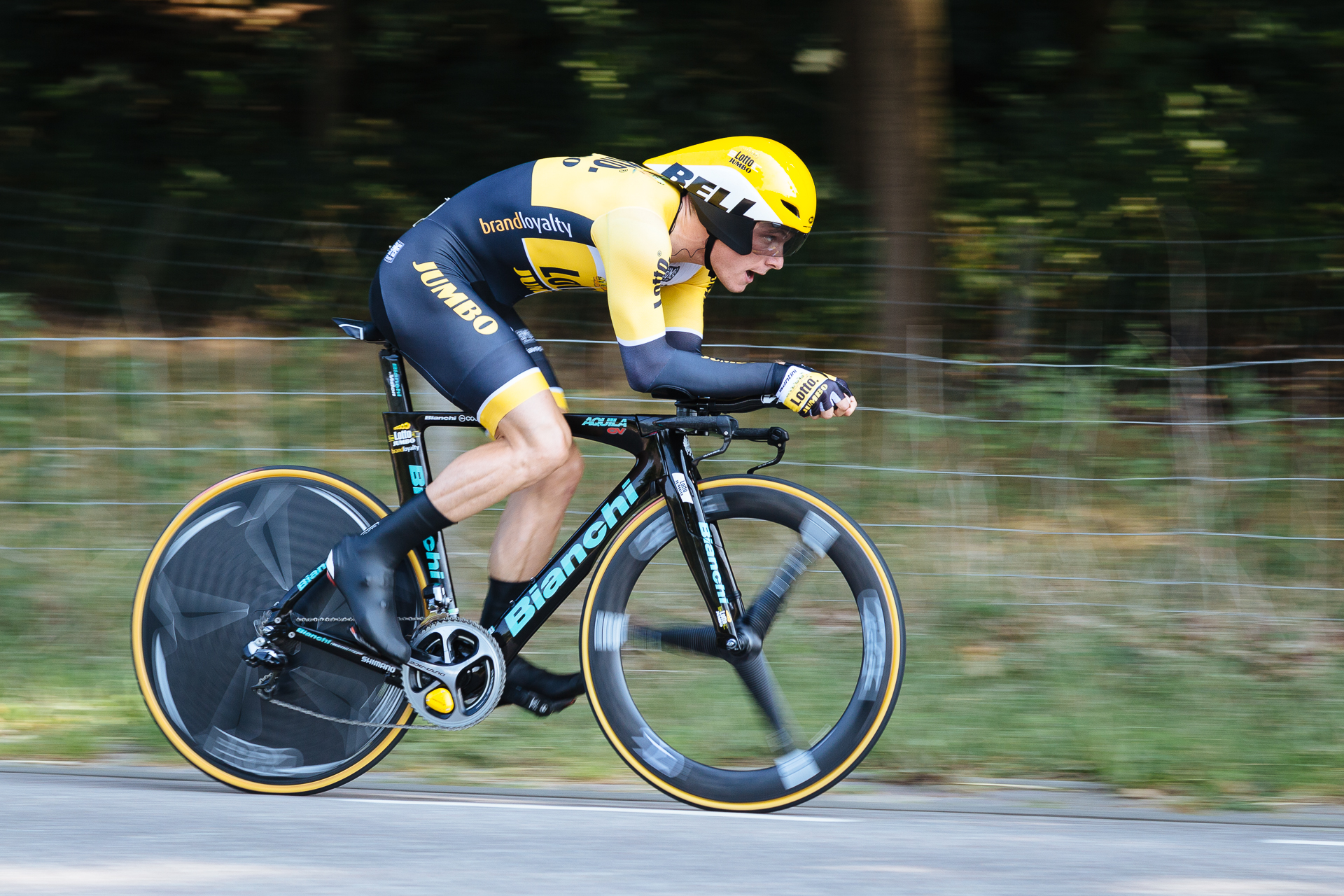 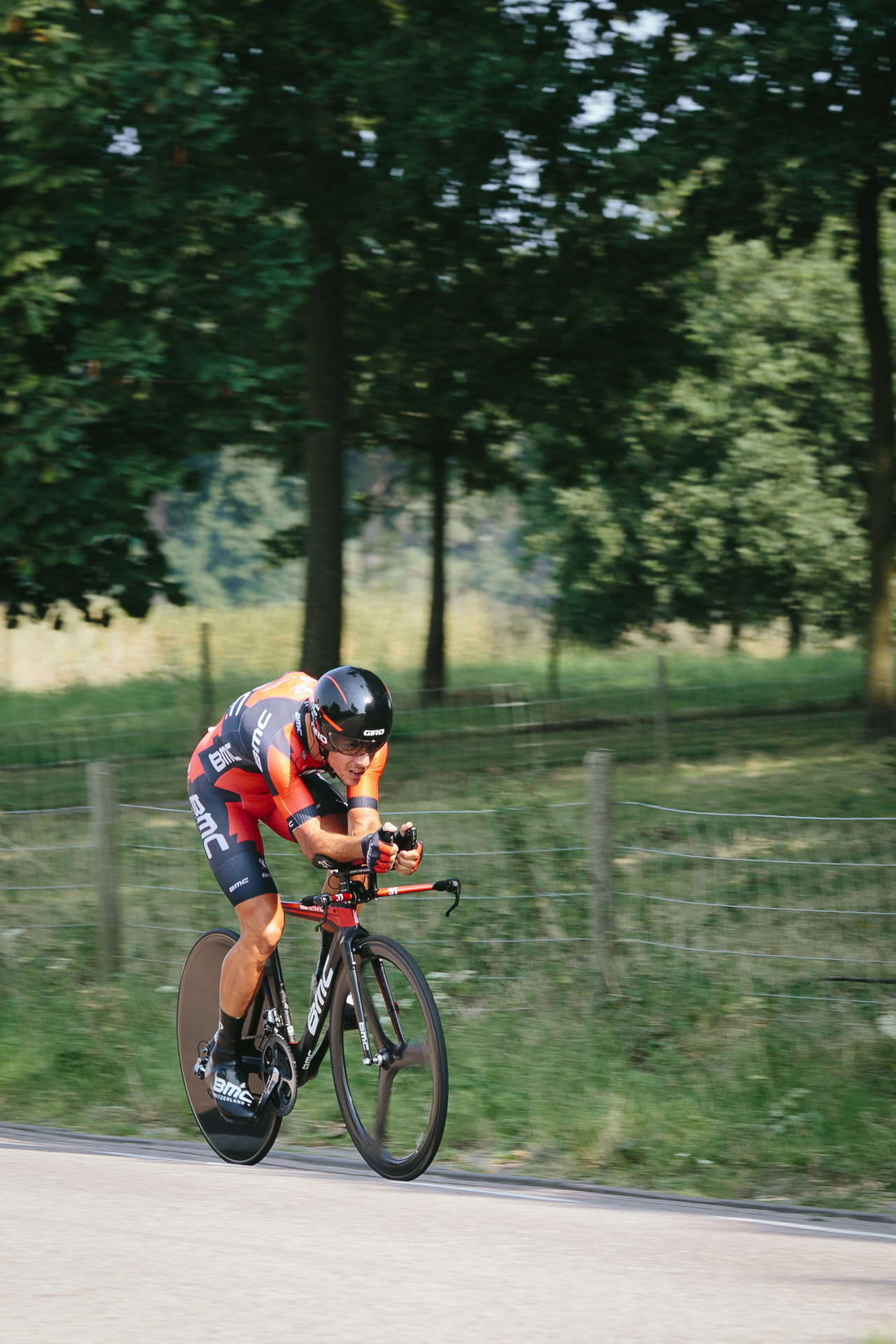 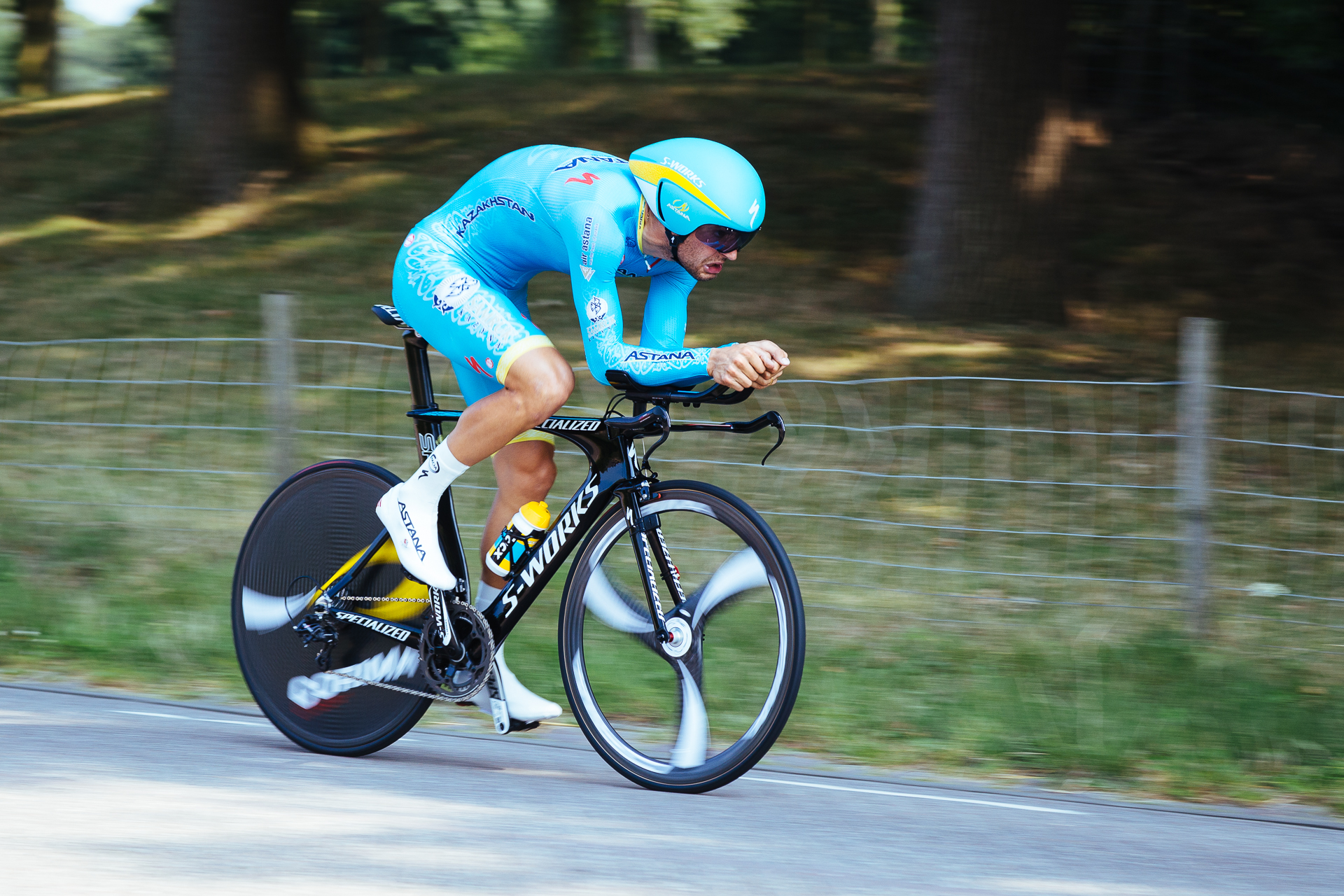 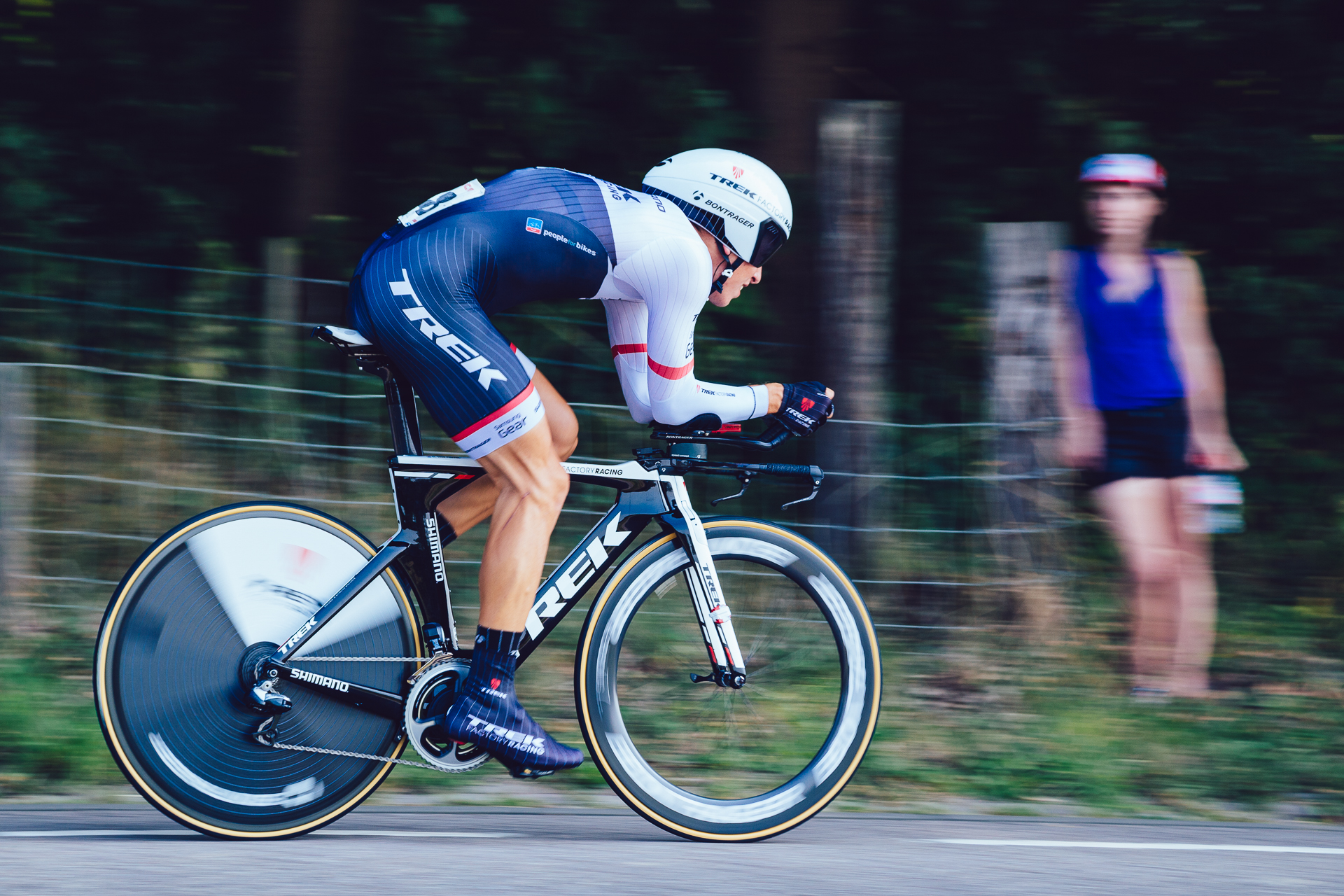 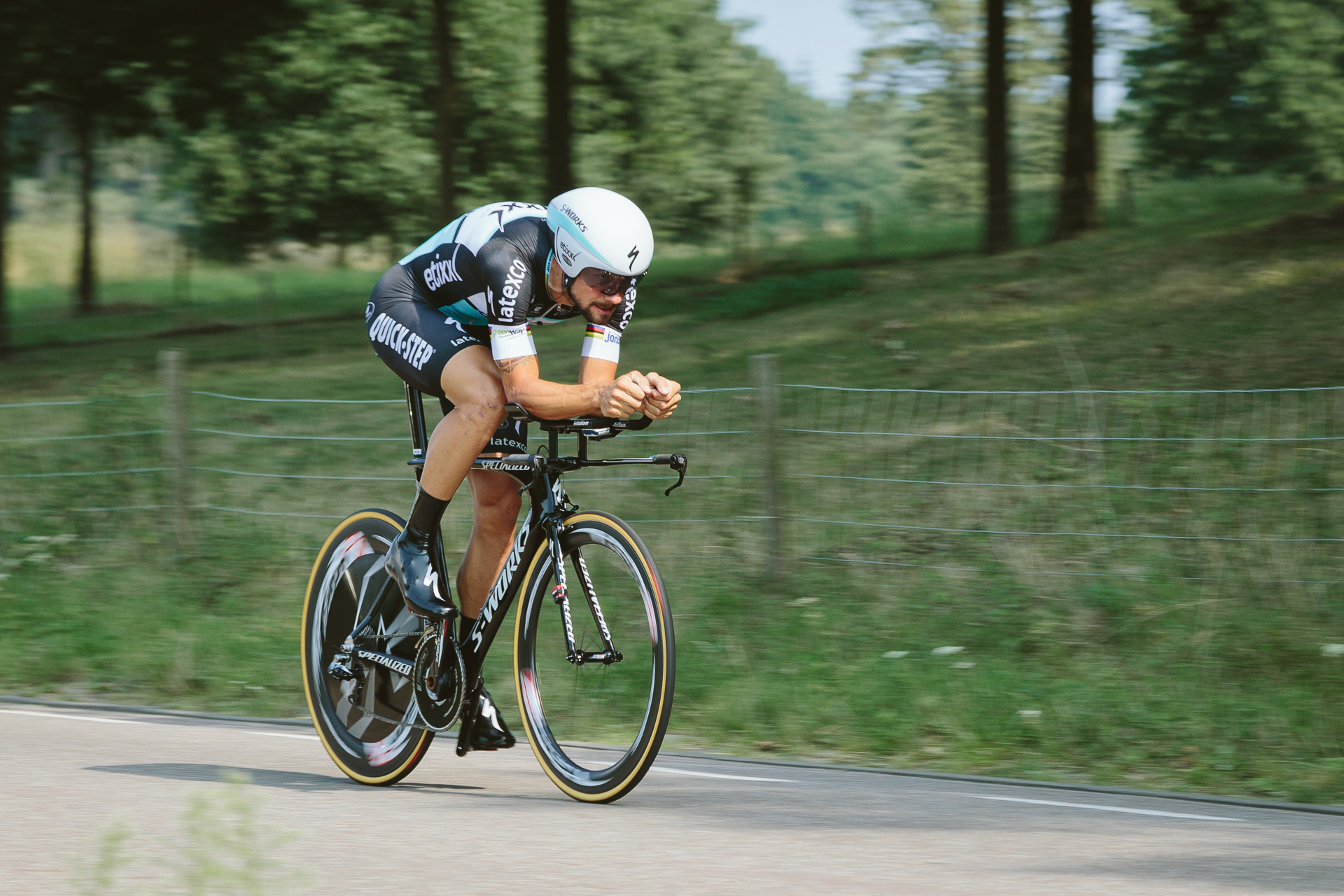 Just as an example (or a technology demo), here is one shot with a longer exposure time of 1/60 of a second (so the cyclist travelled 23 cm during the exposure). It is borderline impossible to follow such fast and extensive movement with a much better precision, so I am quite happy with this image too, even though I only tried one series with this setting, because the success rate was clearly lower compared to 1/200 seconds… Actually, you can see that a few cogs towards the top of the front chainring are perfectly sharp, meaning that I followed the movement of that part precisely. 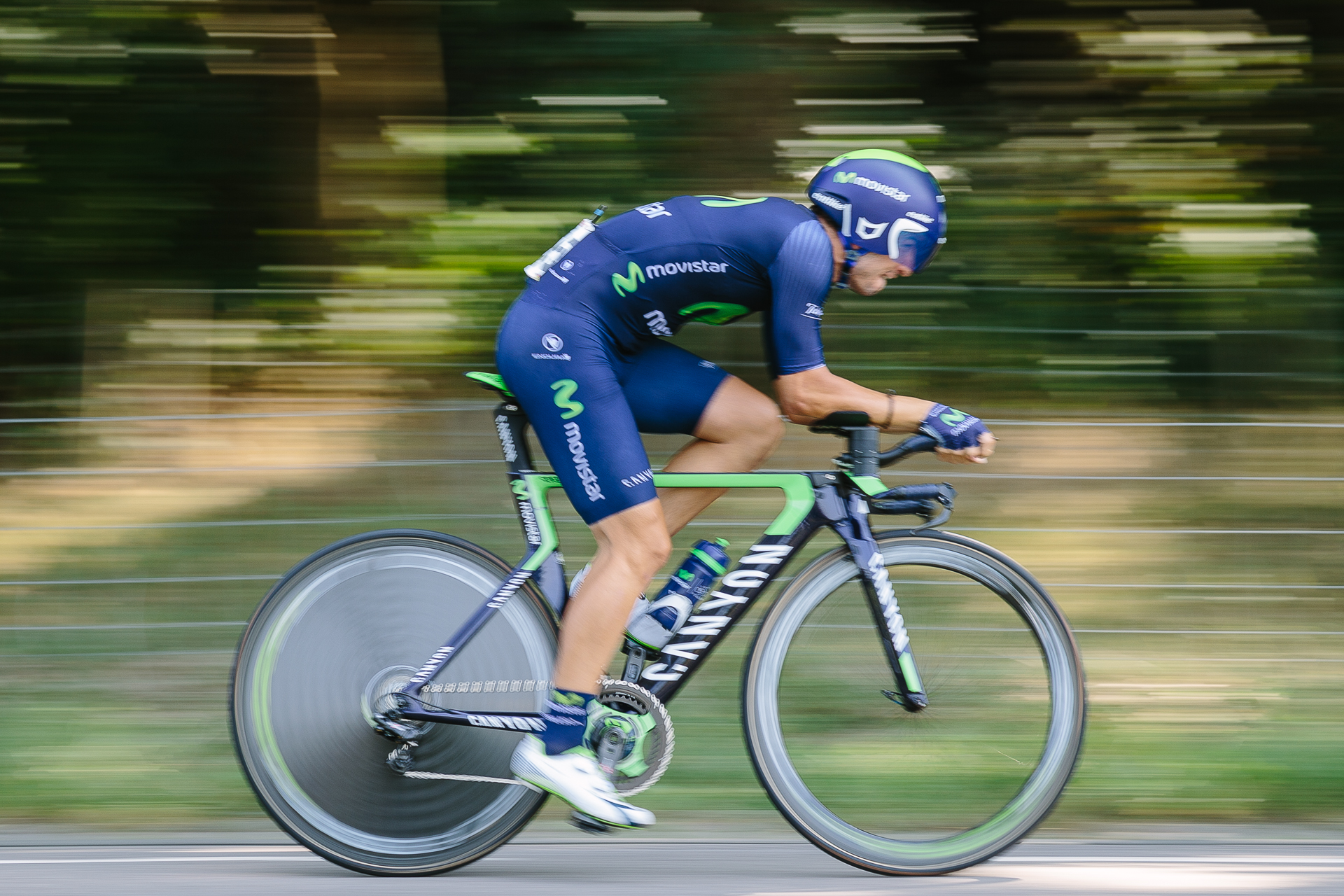