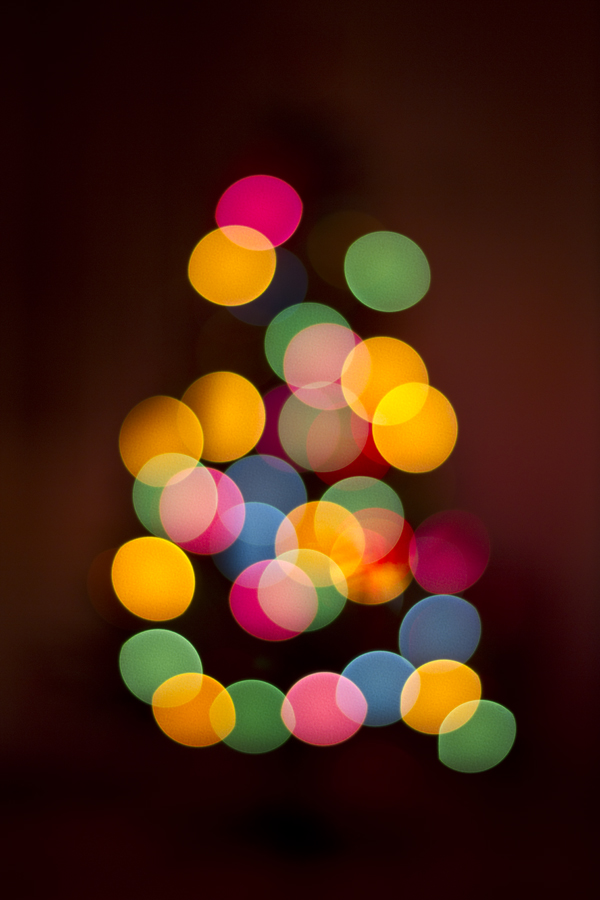 I have spent the last week (from the 27th of October) in Budapest, going home for the first time outside the Christmas break since I live in Belgium. And to make things even better, it was a surprise visit, with only a very few people knowing that I was coming, so my parents were completely shocked when I arrived home – but shocked in a good way :) I did not do too many things, I met only two friends (but very good and pretty ones :D), but I had spent a lot of quality resting time in the couch (with my parents and/or their iPad :D, or with my brother and FIFA12 – guess who was winning ;P), which I really needed. I got new glasses, some clothes, and of course I have brought back a huge amount of cookies (thanks Mom, I will probably not need to go shopping for a week now, I can live on the cookies) and some quality Hungarian wine. Sweet wine of course. (Click on the images for larger versions!) 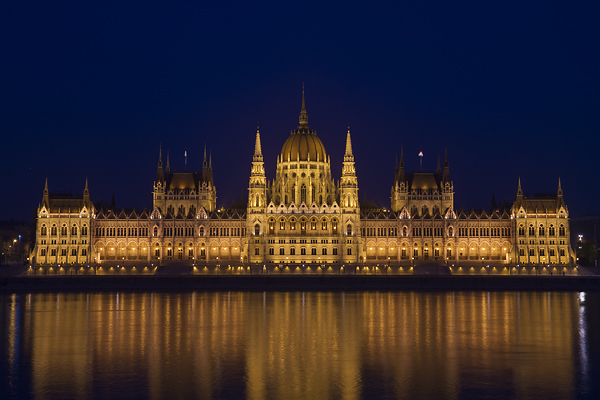 Budapest is getting more and more beautiful, and when you get your salary in Euros, then everything is pretty cheap too. Like having a honey and biscuit flavored latte and hot red wine for a total of something like 3.5 € in a nice cafe, I could live with that here too :) The city is fabulous, several squares, big roads and one of our oldest bridges were recently reconstructed, and as you can see, the Parliament building got new night lights. So the downtown is one of (if not The) most beautiful cities in Europe (or the World), but the outskirts are still quite crappy in some given directions… The new airport terminal is also very European, but the check in is still a mess, I was at the airport 100 minutes in advance, and I almost had no time to buy the wines… When I raced out from the tax free shop, the boarding was already in such an advanced state, that there was no queue at the desk… 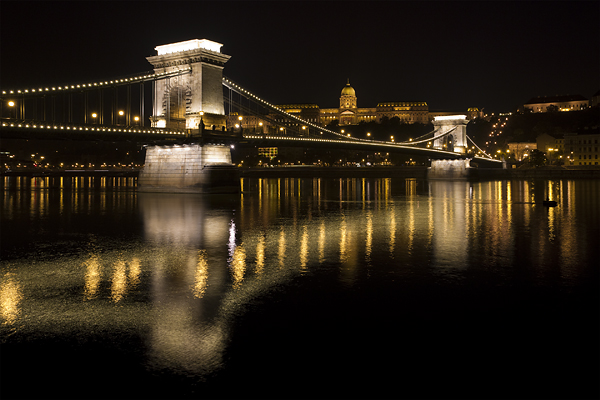 Now I am back in Leuven, I am completely knocked out as I went to bed at 2 and I had to get up at 4:30 to catch my plane (thanks Mom again)… I have slept something in the past hours, but now my throat is not ok, and I am still KO… I hope I will be better by tomorrow, or I will have to work from home. 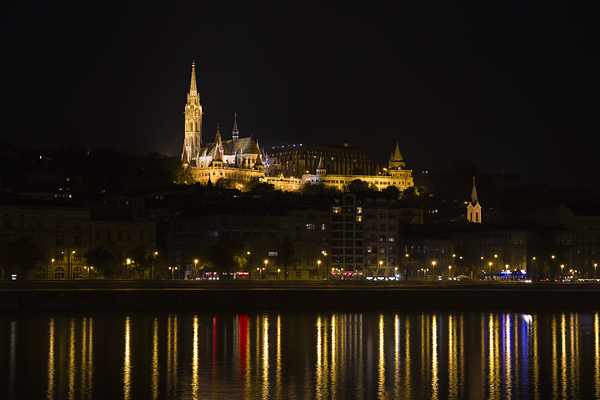 While we were walking in the Castle district, a guy thought I was Italian :D Then I said, ok, let’s grab a pizza :P But instead, we had pancakes. Hmmm… :)

Last night (Saturday) the Draconids produced a pretty nice outburst as the Earth passed through clouds of dust left in space by the comet 21P/Giacobini-Zinner, resulting in a short but strong meteor shower. I had my camera outside for approximately three hours, taking pictures continuously (14 sec exposures every 15 seconds), so besides watching parts of the show with my own eyes (while the telescope was working on its own), I also got tens of shooting stars ‘on my memory card’. Unluckily it was almost full Moon, so the sky was very bright, and the Draconids are mostly faint meteors, but I still managed to see 46 of them in 31 minutes, so the outburst was indeed very strong. 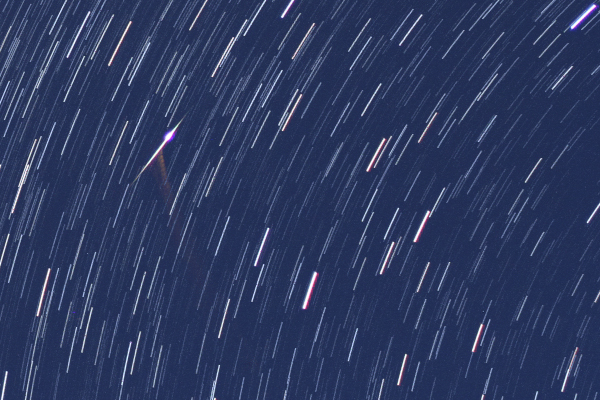 Here is the nicest one (cropped) from my pictures, and if you continue further below, you can see animations of meteors leaving persistent trains! (But be patient, the animations are big and they will load slowly…) Check them out, because you do not see such things too often :) I even sent in a report to the International Meteor Organization, to place La Palma on their map. You can also check their results. END_OF_DOCUMENT_TOKEN_TO_BE_REPLACED

For my last three observing runs, I preferred to have my racing bike with me on the Canary Islands instead of my photo gear. It would have been especially hard (and heavy) to carry my tripod along when I had to take care of my bike box… But now, at the end of the cycling season (and with quite some kilometers ridden on the Canaries in May and August already), I decided to bring the hardcore photography stuff. Thanks to Jonas now I even have a Canon EF 15mm f/2.8 fisheye lens with me. The view angle is basically the same (though the distortion is very different) as with my standard lens, but the maximum aperture is larger, which enables me to capture more of the faint starlight on the same exposure. Everything you will see in this post was taken with that lens. (Thanks again, Jonas!)

Of course packing was hell again (luckily I had better thing to do on the weekend, like cycling, playing with FIFA 12 – call me a child, I do not care :D), and I did not sleep too much during the night (but then almost 5 more hours on the planes, and this was the first time I have flown with a CRJ900). As my observing run starts on Wednesday only, now I have some time to concentrate on photography. The main goal is to take hundreds (thousands) of images again, and make a new version of my time lapse movie, The Starts of Mercator. And there are always some special things to take additional pictures of :) So lets see what we have here.

This was the first time ever that I have seen lenticular clouds over La Palma. They are usually not seen in good weather, so in astronomical terms, this was a bad sign for the forthcoming night… But not in photographic terms ;) 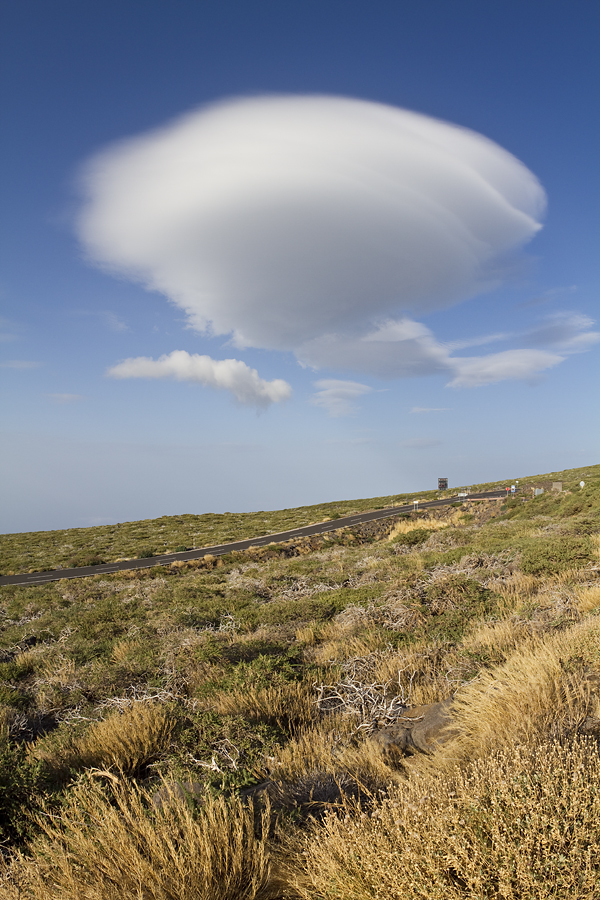 It was only ‘half moon’ (first quarter) over the Observatory, but it is already very bright. Without the moonlight, you cloud see the Milky Way towards the center of our galaxy on the left side of the picture. Now it is only visible, if you know what to look for… The bright path on the bottom is created by the headlights of someone driving up to the telescopes, and as you can see the dome of the WHT is open in the bottom right corner. 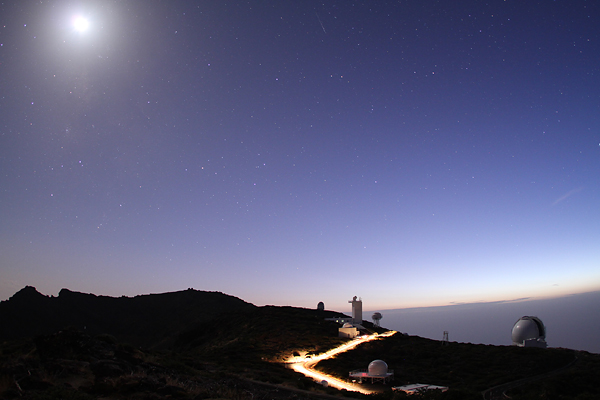 The lenticular cloud stayed for hours there, so I took a picture of it (and a whole time lapse sequence too) with the dorm of the Jacobus Kapteyn telescope in the foreground. Plus you can see the dim, outer part (looking into the anti-center direction) of the Milky Way with constellations like Cassiopeia and Perseus, plus you can easily (if you are/were an amateur astronomer) spot the Andromeda Galaxy in the top right corner. 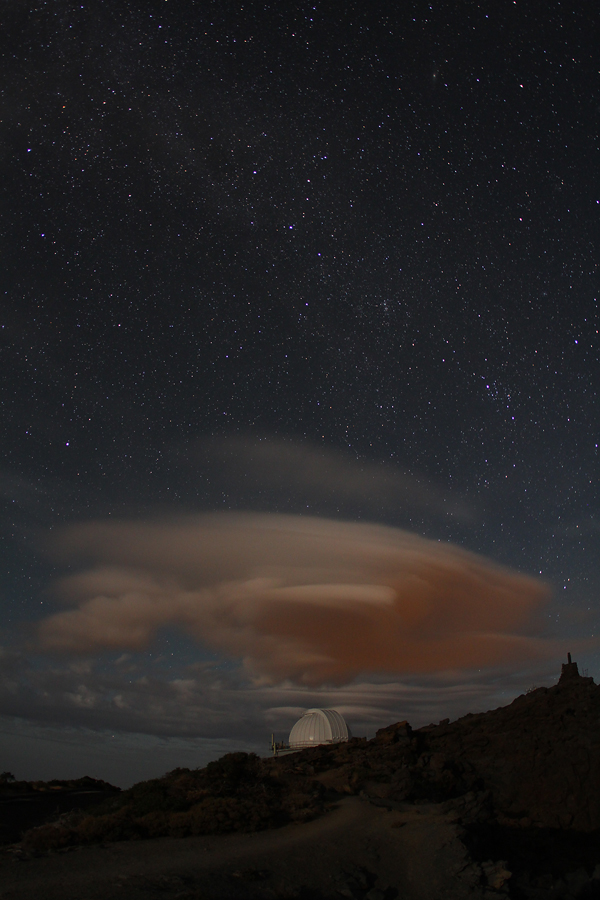 Jupiter (the brightest ‘star’) and some winter constellations rising behind the INT building right before moonset (that’s why the building looks yellow and instead of white). 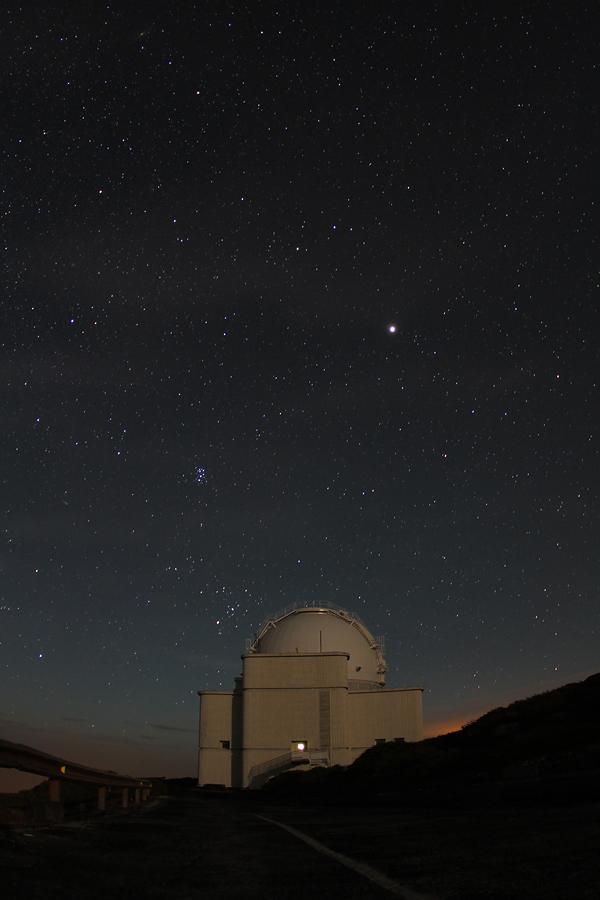 Looking towards the North celestistial pole. E pur si muove. It is not a real long exposure shot, but 140 (30 sec exposures) images stacked together from another time lapse sequence. The virtual circles are very nicely preserved thanks to the fisheye lens (compare it to the distortion of a standard lens here.) 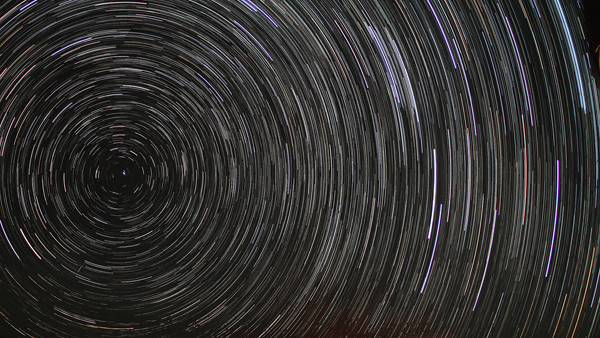 Orion rising behind the INT. One hour before the arrival of the storm… 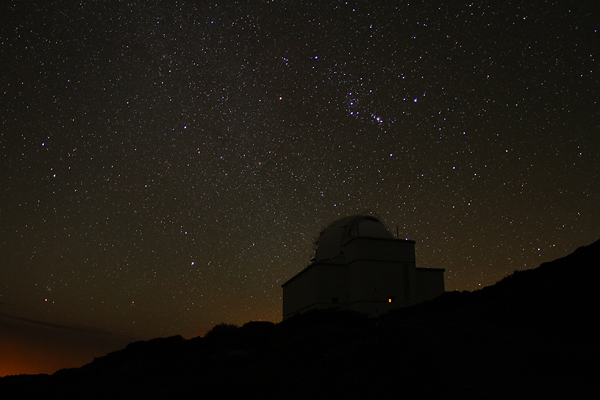 And then, at last but not least, the most special picture of the night. It is – again – part of a time lapse sequence, and you can see red sprites on the top, just below Orion. This is an extremely rarely photographed high altitude lightning, if you do a Google search on it, you won’t find many colour images… And to make it even more special, I was outside – monitoring the weather – when it happened, so I even saw it with my own eyes!!! Just as a red flash thanks to my peripheral vision, but I have seen it! Normally they can be seen from much further and at a lower view angle (and then they look more elongated thanks to the different perspective), so this is really the first image I have ever seen taken from almost below the event. Nice :) 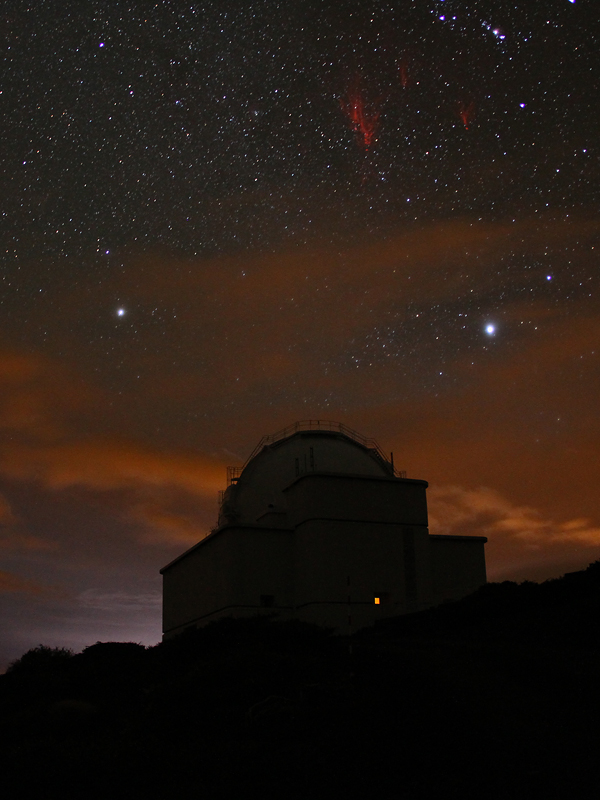 After two days of 33-35°C, yesterday evening a quite massive storm-front brought this short hot period to its end in Belgium. The storms came in waves, there were at least three of them passing over Leuven (and Belgium) – the first one arrived only 10 minutes after I arrived home from work. (This was not coincidental – I was checking the weather radar almost constantly to make sure I can still ride home without getting completely wet…) After I finished my dinner I decided to take some pictures, so I set up my tripod at the open window – inside enough to not get wet, but outside enough to capture a big portion of the sky. Then the rest of the job was mostly being lucky enough (and good settings of course :D)… At the end (after midnight), I had quite a lot of pictures with lightning on, and it could have been even better if there were more ‘outside the cloud’ lightning and not that many sheet lightning (inside the cloud, with the actual discharge path being hidden) instead. But I can not complain, as I got some really nice ones. (Unluckily I do not have the one which made me jump back from the window :D) 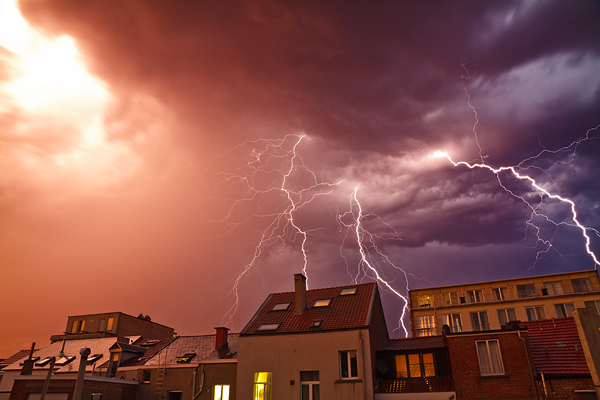