2015 was quite an amazing year on the bike. I have never ridden so much, so far, so long, and with so much elevation gain before. The main themes of the year were definitely epic (solo) rides and new roads. I have ridden also much more alone, because this year I did not join WTCOOL anymore. This is likely to change again next year as I have recently joined Squadra Tornado, a more racing oriented team. The past two months I have already ridden with them on Saturdays. Besides these trainings, I did most of my rides solo in this year’s interbellum, or with Willem, who joined me quite a few times.

Memorable events from 2015 (before we jump into the raw numbers and figures):

And then the raw numbers for my cycling – without the daily commutes of course – in 2015:

And here are the figures, coming up first the maps of cycling in Belgium, with a zoom in to the area around Leuven to show my most taken loops more clearly, and also a map of the biking I did around Santa Barbara. 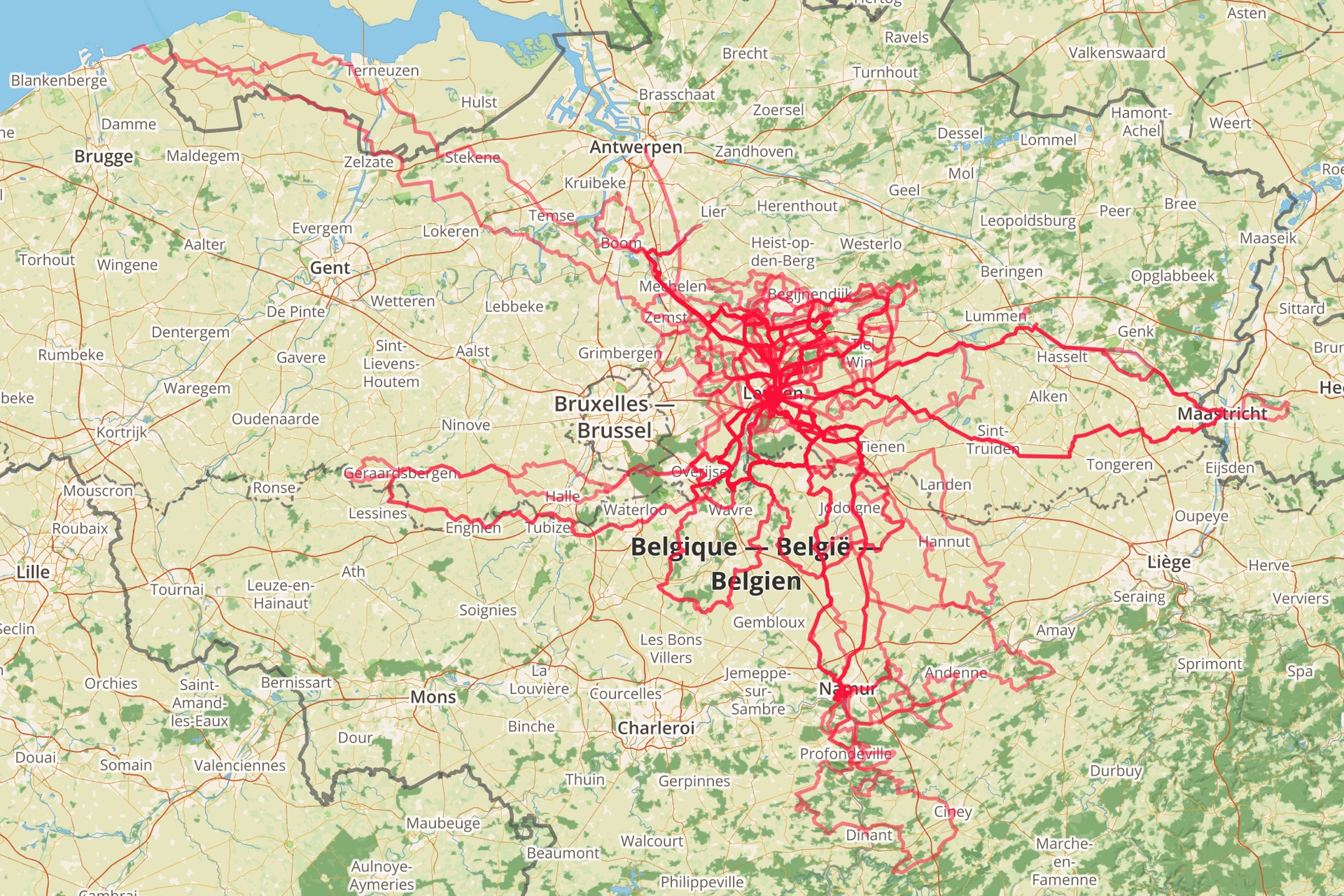 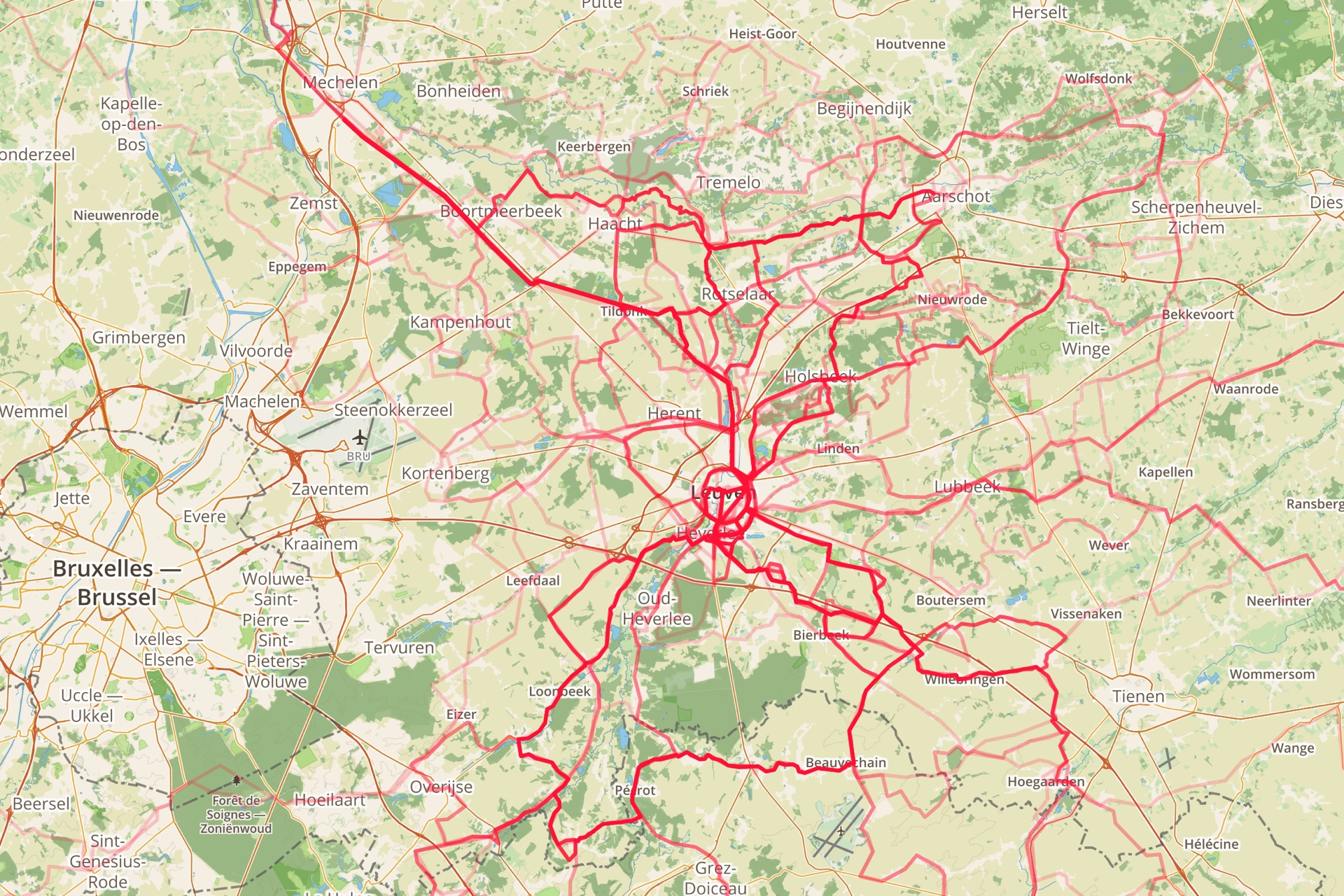 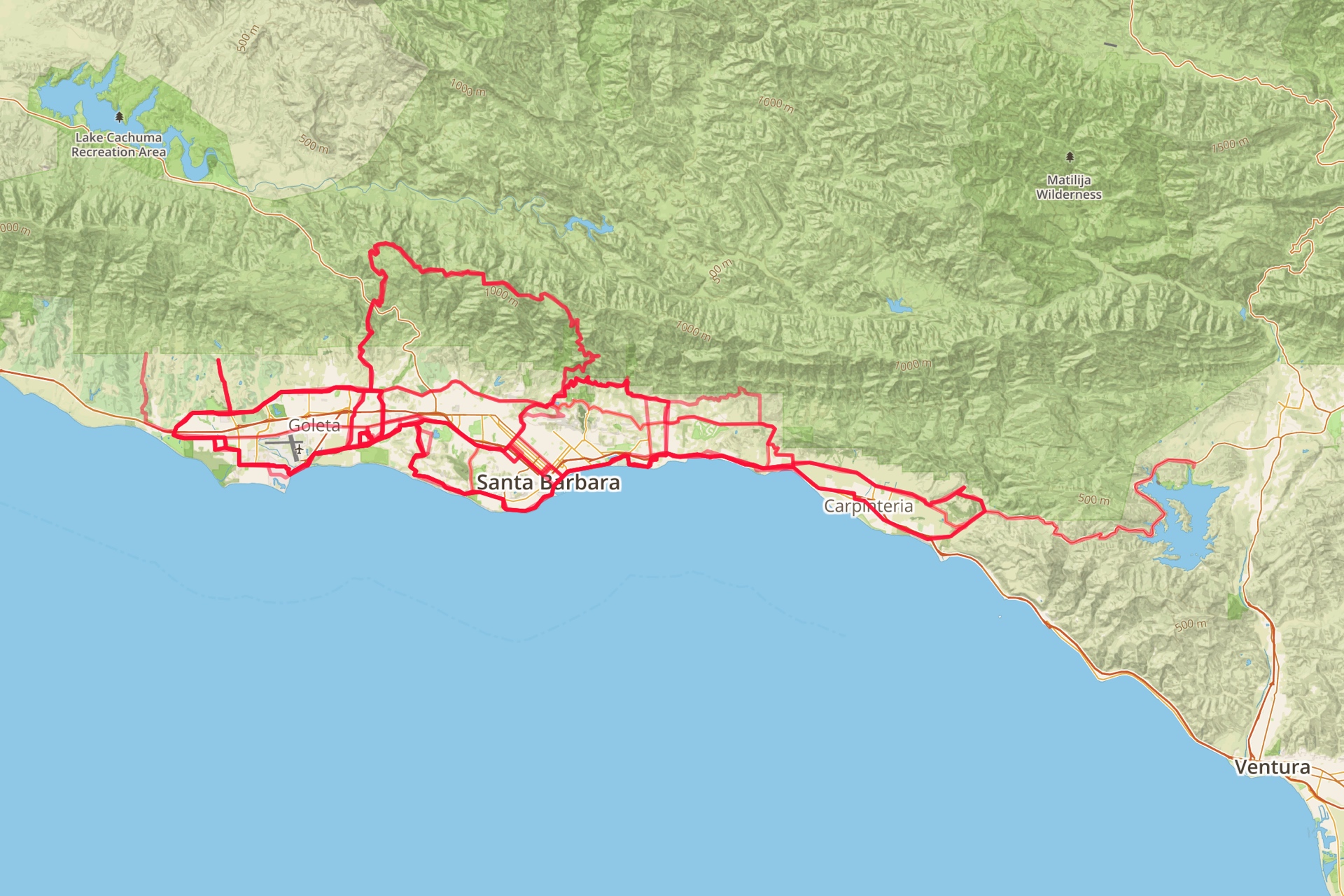 Then here are the charts of the yearly progress in terms of distance and elevation gain, followed by – in both cases – a calendar view of the same metrics. (Figures from VeloViewer.) 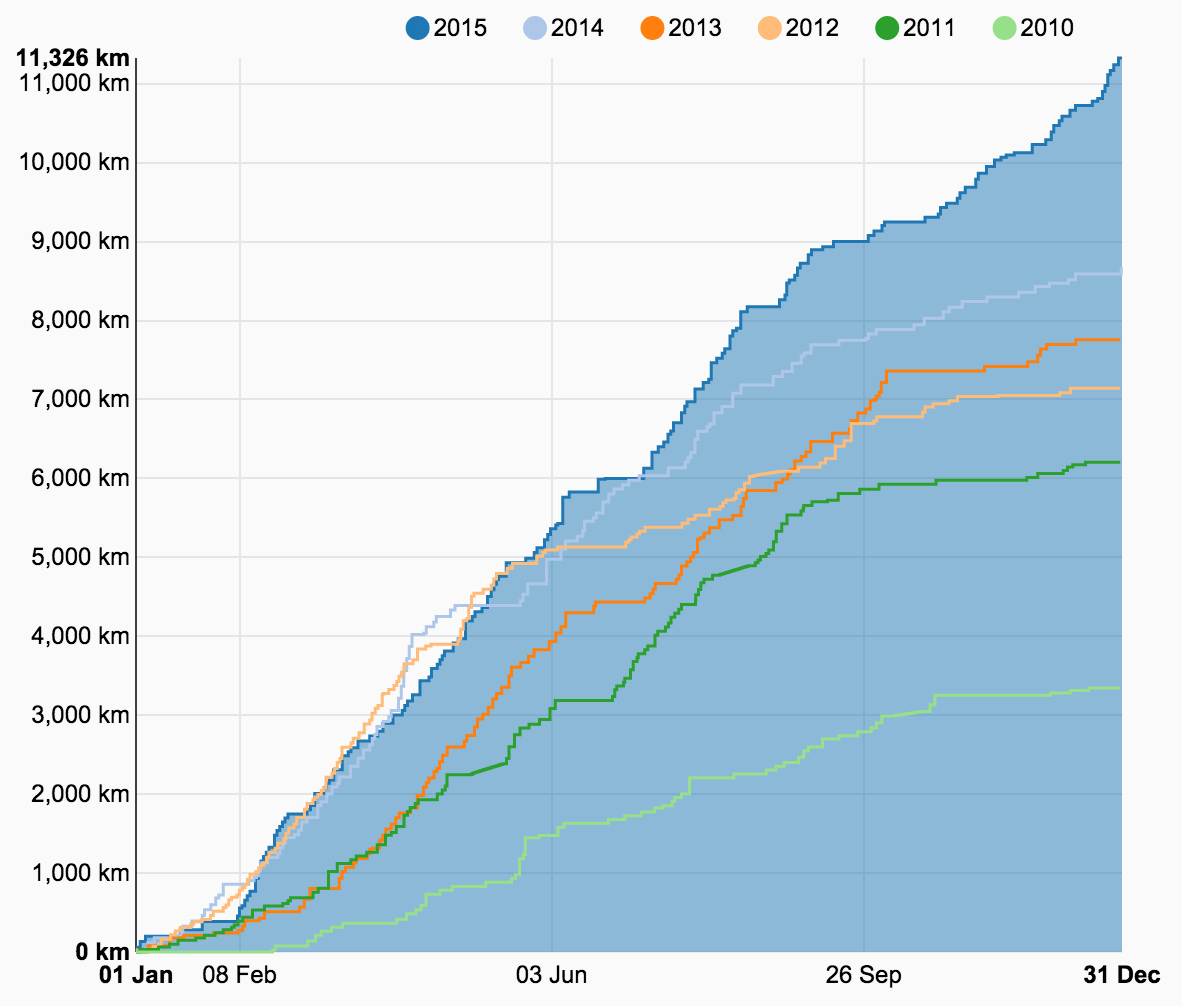 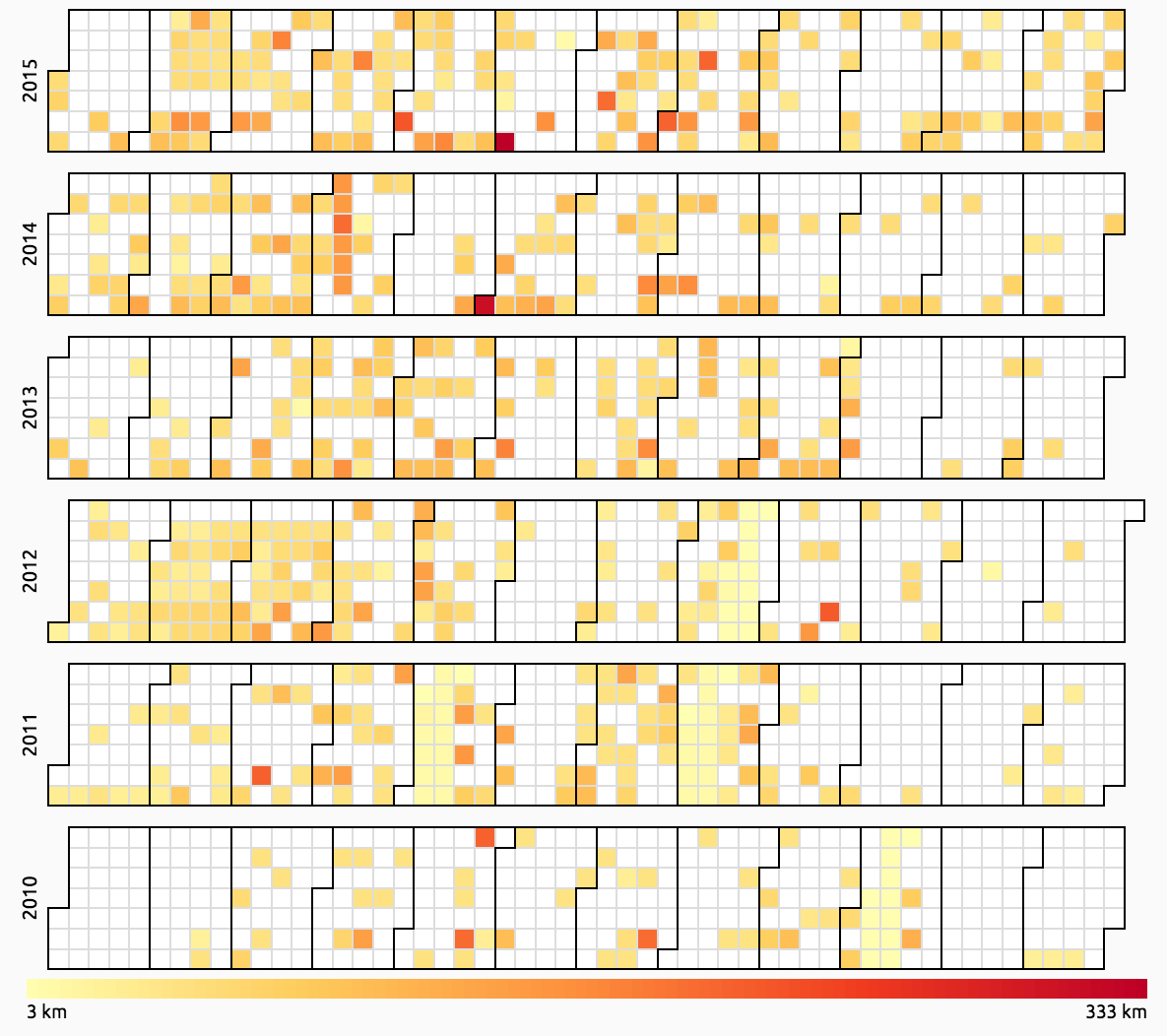 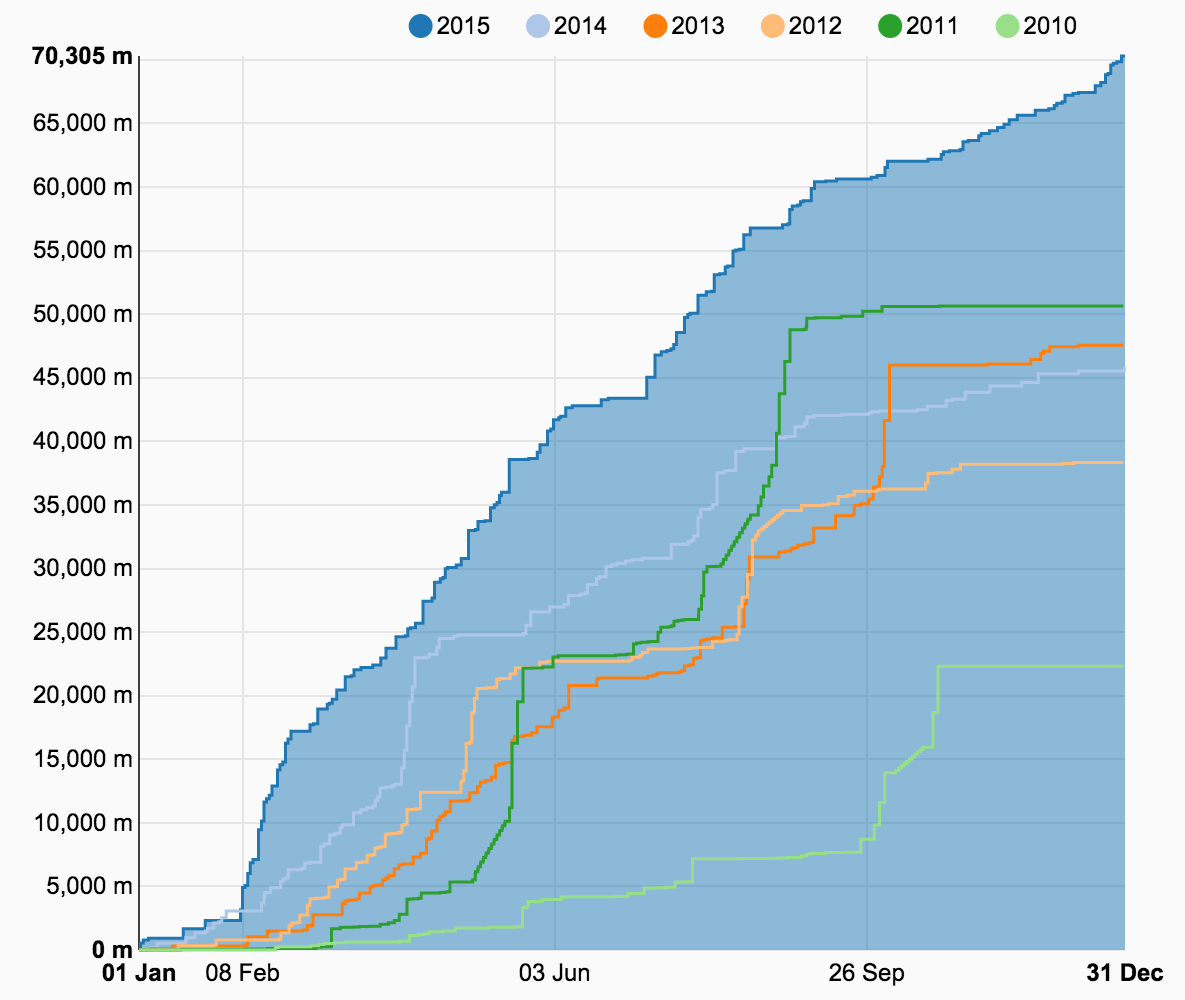 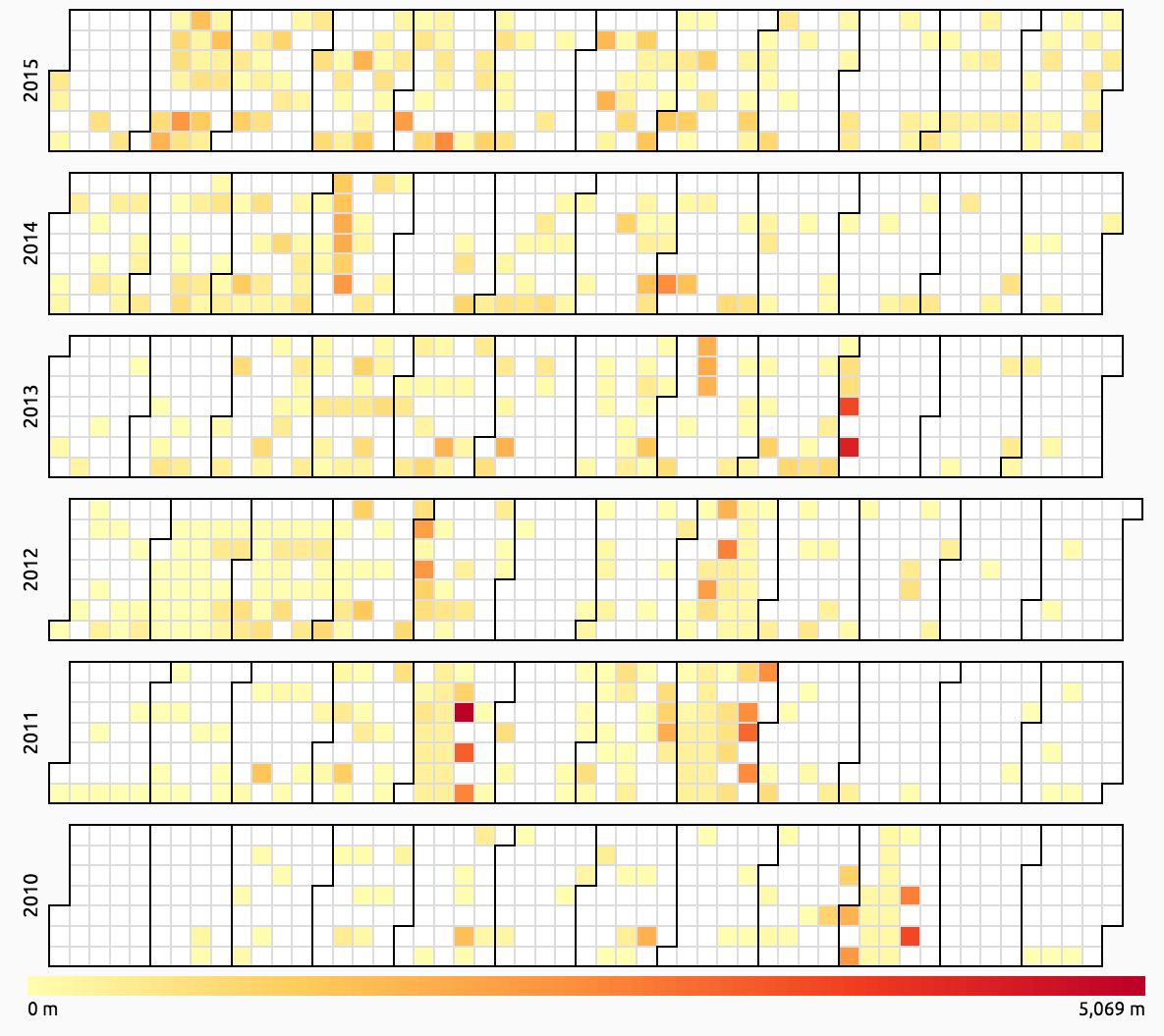 Then here is a figure from Golden Cheetah showing my Performance Management Chart since I have a power meter. 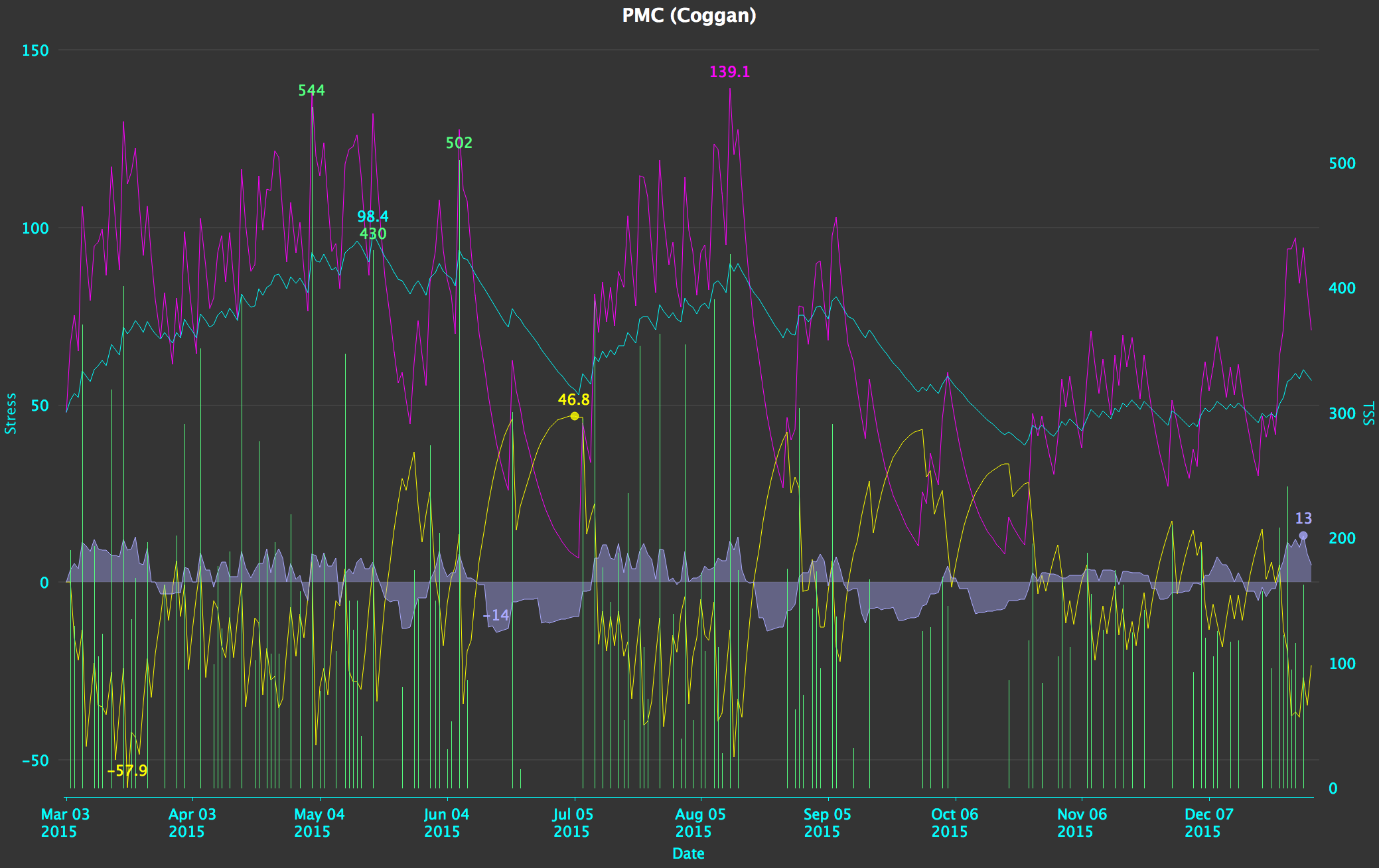 Then here I my statistics grouped by the 4 bikes I have ridden this year.

Concerning the social aspects, as I have already mentioned, this year I did many more solo rides compared to 2014. Out of the 140 activities, only 29 were not solo rides, and out of these only 19 were rides where I was riding with more than one person. When I was not alone I rode most often with Willem, on a total of 24 rides (a sum of 79 hours).

I did not want to put it on the list of memorable events, but this year I started using Rapha products. They are on the more expensive side, but the quality and the service is so good, the bibs are so comfortable, and the design is so clean and stylish, that it is totally worth it. I even tested their free repair service and it has exceeded my expectations (big time). So, if anyone needs a present idea for me, Rapha vouchers are always highly appreciated ;)

I have also ran 401 km this year (with quite some trail running on La Palma), and did some hiking with Clio, so at the end I had a total activity time of 451 hours (up from 350 hours in 2014). I am fully satisfied with that, and I am happy with all the achievements (see list of Strava challenges completed below) along the way. 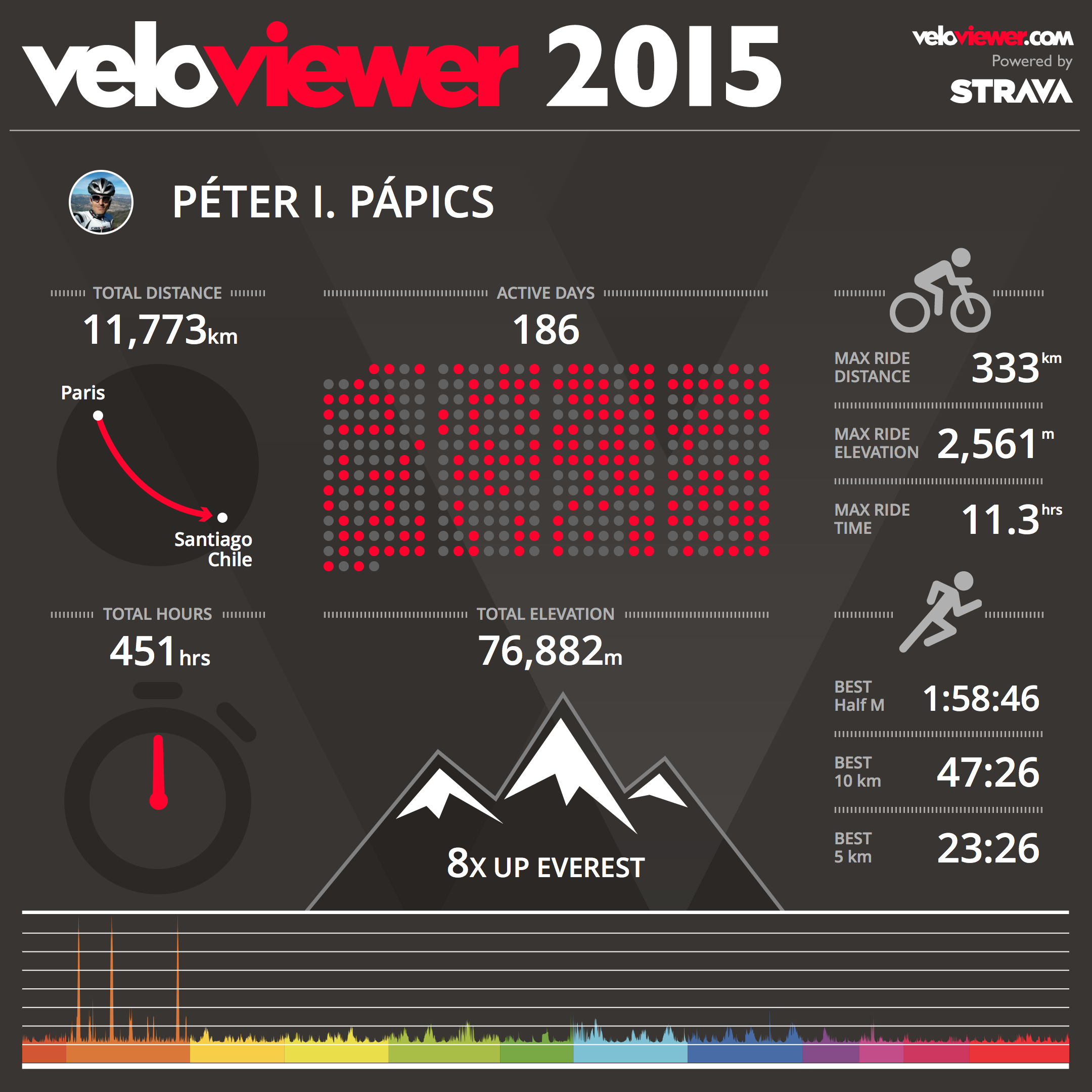 I always wanted to have one year when I bike more than 10000 km, so now that I have achieved that, my goal for 2016 is more about quality, and not about quantity. I hope that in 2016 I will have even more self-supported epic rides, some good structured trainings, and maybe even a few races. The most important goal is to have fun on the bike :)